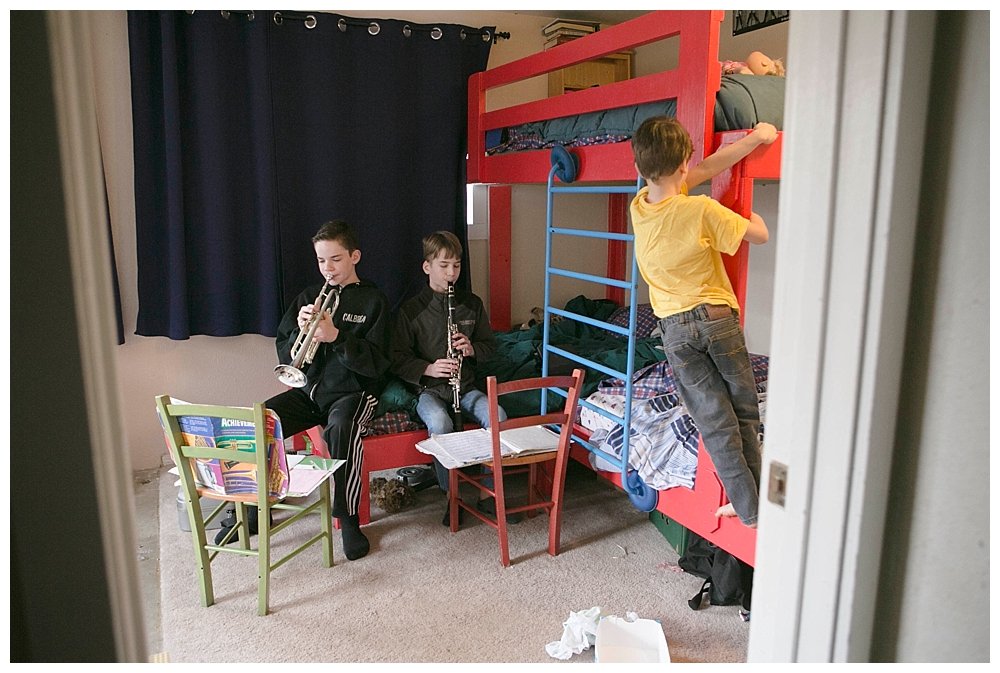 These DIY triple bunk beds are perfect for large families. 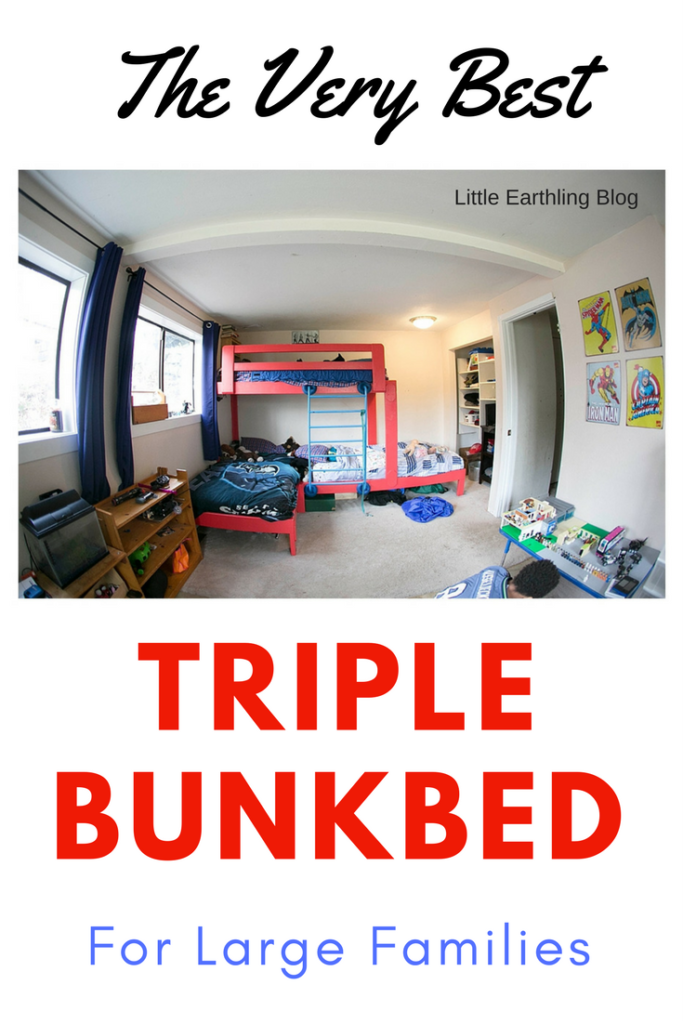 Chuck and I have always lived in small places relative to our large family. We had three children in a one-room basement suite, four kids in a two-room duplex, seven kids in a three-room 1,400 square foot house and, at our peak, 13 kids in a four bedroom 2,900 square foot house. This means we have gotten very good at stacking kids like cordwood and stuffing them in closets. 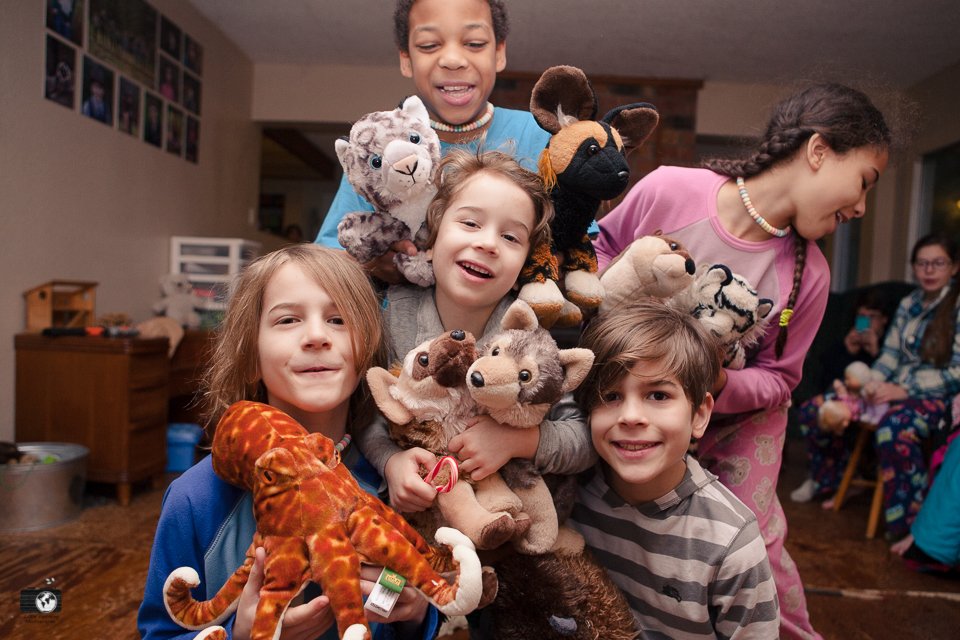 Who has a closet that big?

Our house was built in the 80’s and the previous owners expanded it without a lot of forethought. Rooms were added here and there and it is not exactly the model of efficiency. Our downstairs had three teeny-tiny rooms (barely large enough to accommodate a twin bed and small dresser) when we bought the house. We ended up removing a wall between two rooms to make it bigger and I have never regretted that decision. 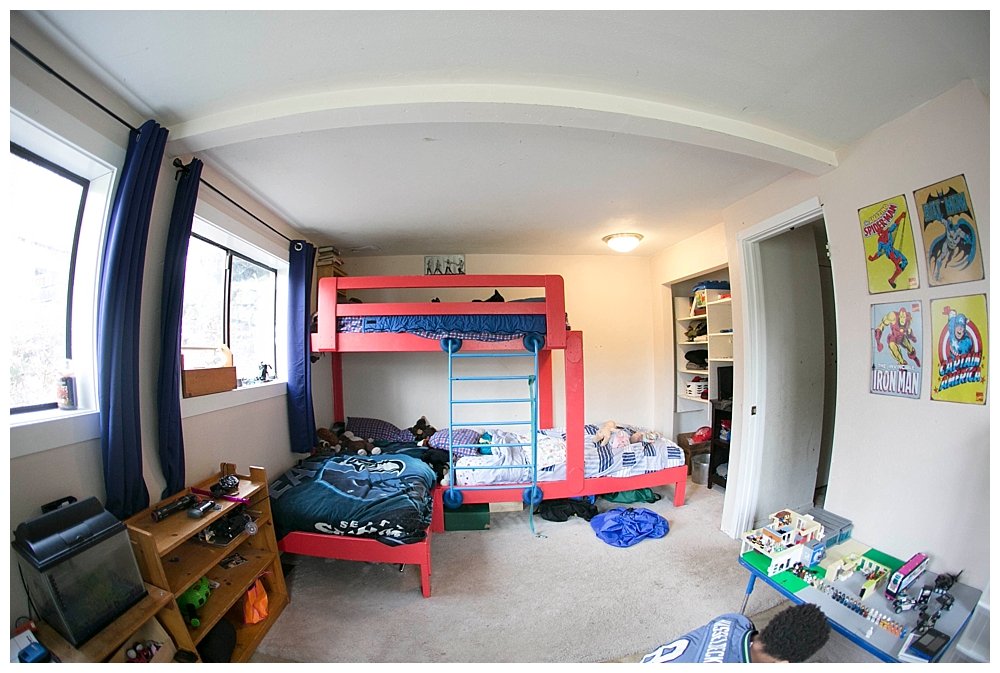 See that line in the ceiling? That is where the wall used to be. Excuse the distortion, I had to use my fisheye lens to get the full view.

The issue with putting two sets of bunk beds in this room is windows and closets. Two walls have windows (that we can’t block for safety purposes) and one wall has two (tiny) closets and a door. This leaves only one full wall as the only possible place to put bunk beds.

I put hours of thought in how to make the best use of the space in this room. I have seen several different designs for triple bunk but hated the ones that have so little space they make me claustrophobic just looking at them. Also, remember our house is old and less-than-ideal? The ceilings downstairs are low…several inches lower than new houses are allowed to have…so going high with a bunk wasn’t an option.

Then finally, I settled on this design with the two lower bunks perpendicular and the third bunk up top.

I sketched out my design from Chuck and he took it from there.

The blue ladder was purchased from Ikea. 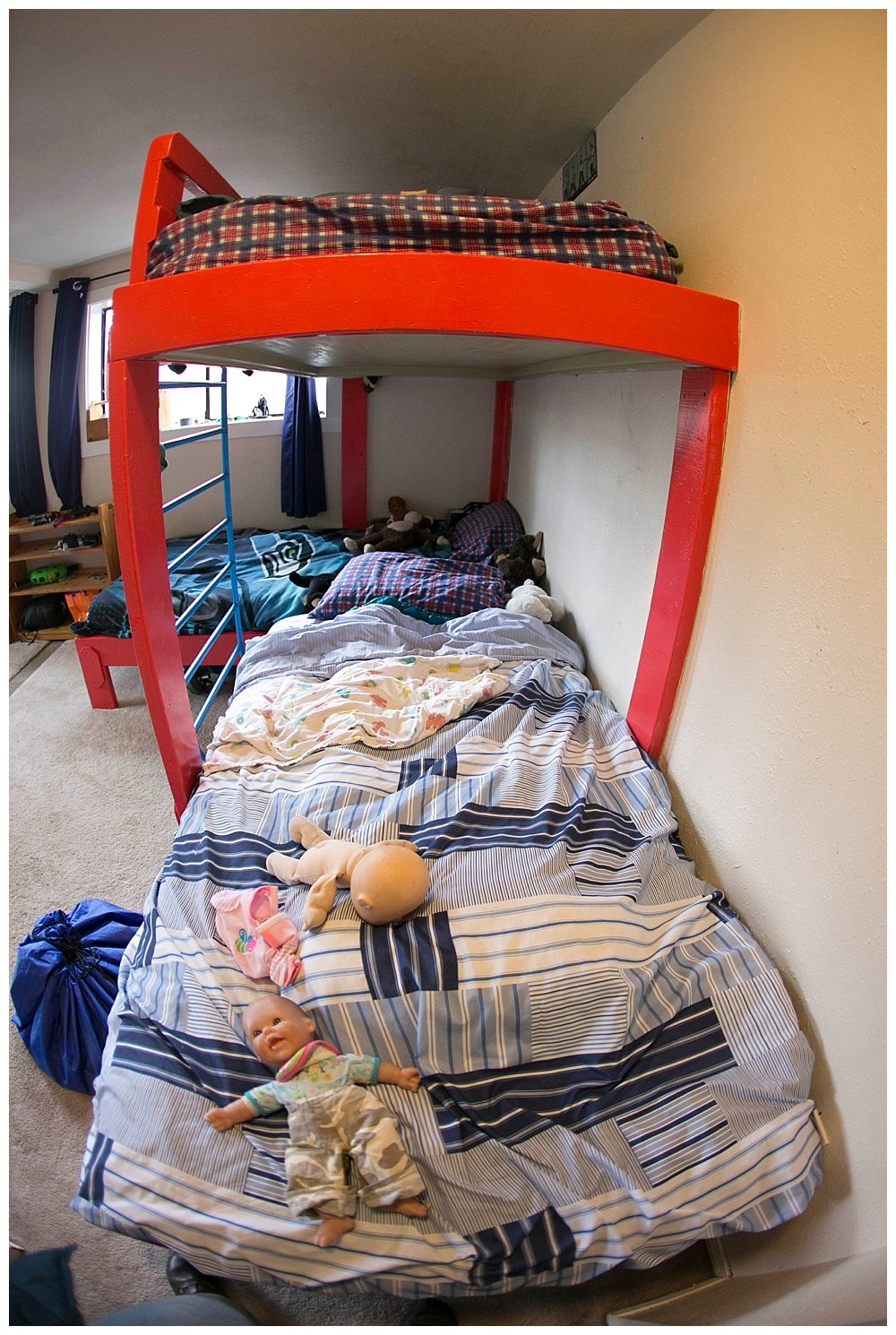 These bunks have been used for over a decade and are still in great shape. There is plenty of room between the bunks so no one feels cramped or claustrophobic. After ten years they are still sturdy and plenty of wear left in them.

Items of interest in the room (affiliate links)

The cool retro-looking signs were purchased from Amazon for only about $8 each!

You might also want to check out our DIY LEGO table.