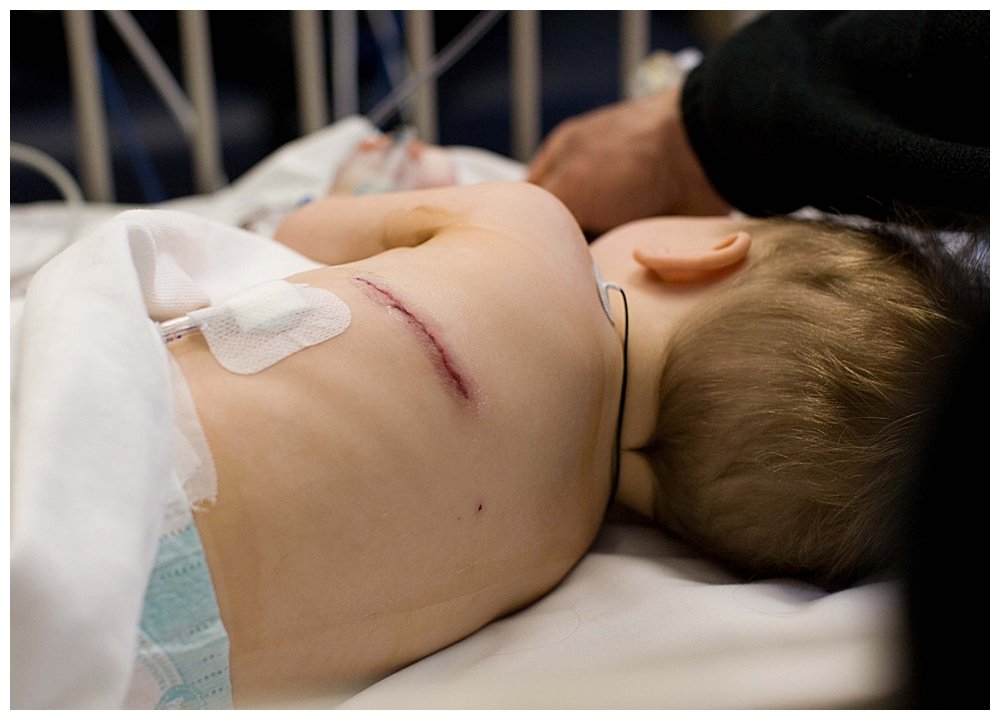 Seven years ago Chuck and I handed our curly-haired two-year-old over to a cardiothoracic surgeon we had just met days previously, entrusting him with our son’s life.

We had flown all the way from Washington to Texas with one-way tickets. When we left Washington we had no idea what was going to happen. We knew we would be meeting Dr. M and have a slew of tests done, but had no idea whether we would be staying for surgery or heading back home.

Unfortunately, at just two and a half years into Apollo’s life, we were no strangers to doctors, surgeons, and medical professionals. After being told repeatedly that our son was just “allergic to milk” and had reflux (which turned out to be heart defect requiring surgery) we were wary of doctors.

Apollo had already had his double aortic arch “repaired”. But instead of fixing his heart he got worse. Six weeks after the surgery that was supposed to end his eating problems, he had a g-tube placed. When spring turned to summer more complications arose. The surgeon repairing Apollo’s heart placed a metal clamp on the wrong side of his artery, cutting off all blood supply through his left-subclavian artery. At this point, on the advice of Apollo’s pulmonologist and cardiologist, we started searching for surgeons out-of-state.

After Dr. M saw the results of Apollo’s newest CT scan he informed us that his anatomy did not match his medical records. The surgical notes did not match Apollo’s anatomy. He wasn’t sure what was going on, but he was confident he could repair his aortic arch, reroute his left subclavian artery, and remove the diverticulum (aneurysm) that was pushing on his esophagus.

We were scared to hand our son over, again, to a virtual stranger. To cut him open and rearrange his aortic arch and major arteries, but what choice did we have?

Apollo’s surgery took place on October 30, 2012, just seven months after his original double aortic arch repair. He came through it very well. The doctor was able to reroute his left subclavian artery without having to use a gortex patch which would have required more surgery as he grew.

He removed the diverticulum and all of the scar tissue from his previous surgery. Double aortic arch divisions are usually done with a thoracotomy, in this case, an incision between the ribs in his back. In order to reach the aorta, they have to spread the ribs apart which is excruciatingly painful. Apollo was given an epidural but it didn’t take so his first 36 hours post-surgery were hell.

While the surgery went very well he developed chylothorax which meant he spent ten days in the hospital with a drain stitched into his side to remove the fluid that was leaking into his chest cavity. It also meant a 100% fat-free diet for months.

Seven years have passed since this was our reality. Last night I had a very disturbing dream that I have no doubt is directly related to my subconscious realizing the significance of this day.

Apollo bears the scars on his body.

I bear the scars on my soul.