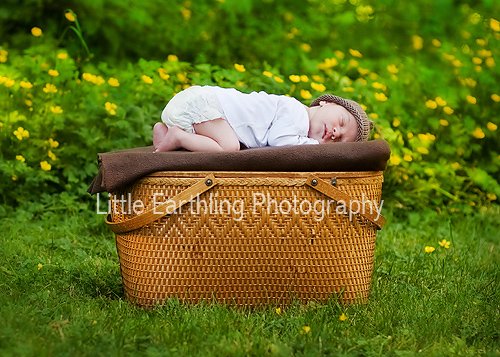 I've had this image in my head since I was pregnant with Apollo. This picnic basket belonged to Chuck's maternal grandmother, who died in 2004. What a fun way to preserve the memory.

I am happy to say, that at the ripe old age of two weeks Apollo has learned to latch on! It is still painful (he sees the doctor on Monday) but he can now latch without a ten minute wrestling/contortionist act.