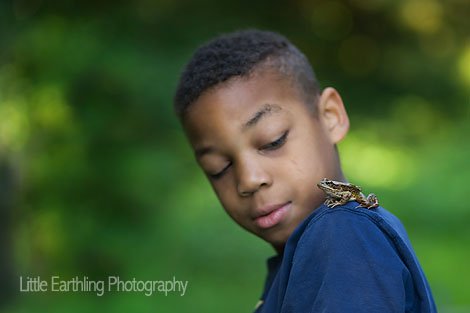 I’ve had several people as how Mordecai is doing in school. He’s only had four days, but so far so good. He is riding the regular school bus…this means he has no extra supervision. At this point in our lives it seems silly to even mention, yet five years ago we coudln’t quite picture the day Mordecai could be unsupervised…in a group setting… for any amount of time.

When progress is made, I want to write it down and remember it. And we have seen some real progress with Mordecai. Twice this spring we have been at outdoor events as a family, and Mordecai has been able to join in with the other children and play. That may not sound like earth-shattering news to you, but it is to our family. Twice we’ve been at events and had no “grumping”. Not once, either time, did we have to have him come sit by our side to calm him. Twice now we have been at events that last year would have had  him so over-stimulated we would have had to leave early or go off alone with him.
Mordecai is in a class with only seven other students, a teacher and two teacher’s aids. Last night was his back to school night and I had a chance to talk with his teacher for the first time since he’s actually attended school. He is doing well and learning the routines. He spends recess, lunch, music and computer lab with the regular third graders. He will also be spending some time in the third grade class during math and reading.
He is using the computer a lot for math and learning sight words. This doesn’t surprise me. Chuck and I have often said if only all of his schoolwork could be a movie or video game he’d probably do fine. Mordecai is one of the “leaders” in his class by virtue of the fact that he is one of the most able. Three of his classmates have Down Syndrome, three with cerebal palsy, one with Autism and and one undiagnosed.  Several are non verbal and one is wheelchair bound.

I think him being a “leader” will be great for him. The teacher also told me he was signing to one of the boys with Down Syndrome who is non verbal. She was saying how great it was for this little boy who doesn’t get much interaction from the other kids. Signing is something we’ve done with all of our babies (Apollo has quite a few signs in his vocabulary) so it probably seemed “normal” to Mordecai as soon as he realized the teachers use signs with his classmate.

His teacher also said that it was obvious to her that what we had done at home prepared him for the classroom. He sits, follows instructions, is attentive. I didn’t have the heart to tell her that was years of our life right there…years of simply teaching him to sit. I am so glad it is serving him well now.

So that’s how Mordecai’s doing. I will of course keep you updated and things progress.