Game Night in a Can and Sunshine in My Yard 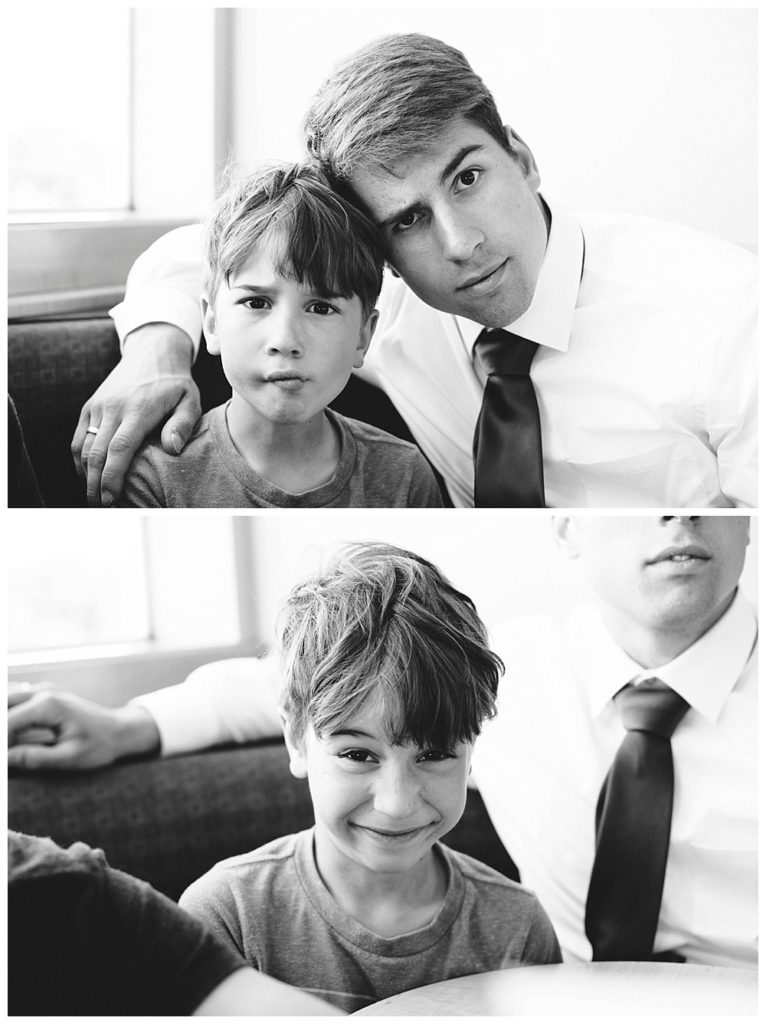 The sun is shining.

The pool is set up.

And we are in the middle of a four day weekend.

We are enjoying the family time together (darn it, my teens get busy with school and work). 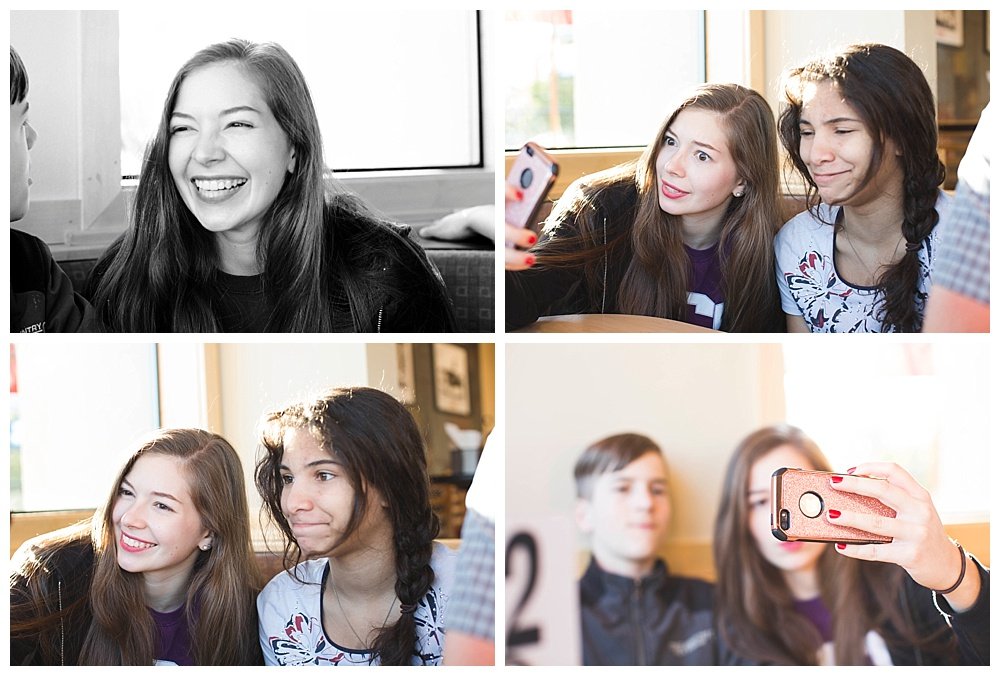 And we are eating plenty of ice cream to beat the heat.

Nevermind that just two weeks ago we were sipping coffee to keep warm and still building fires in our woodstove. This is the Pacific Northwest and we roll with the punches.

A few weeks ago I received Game Night in a Can in the mail. The creator was kind enough to send me the game, hoping I’d like it enough to mention it on the blog. It was originally funded on Kickstarter but now can be purchased on Amazon. 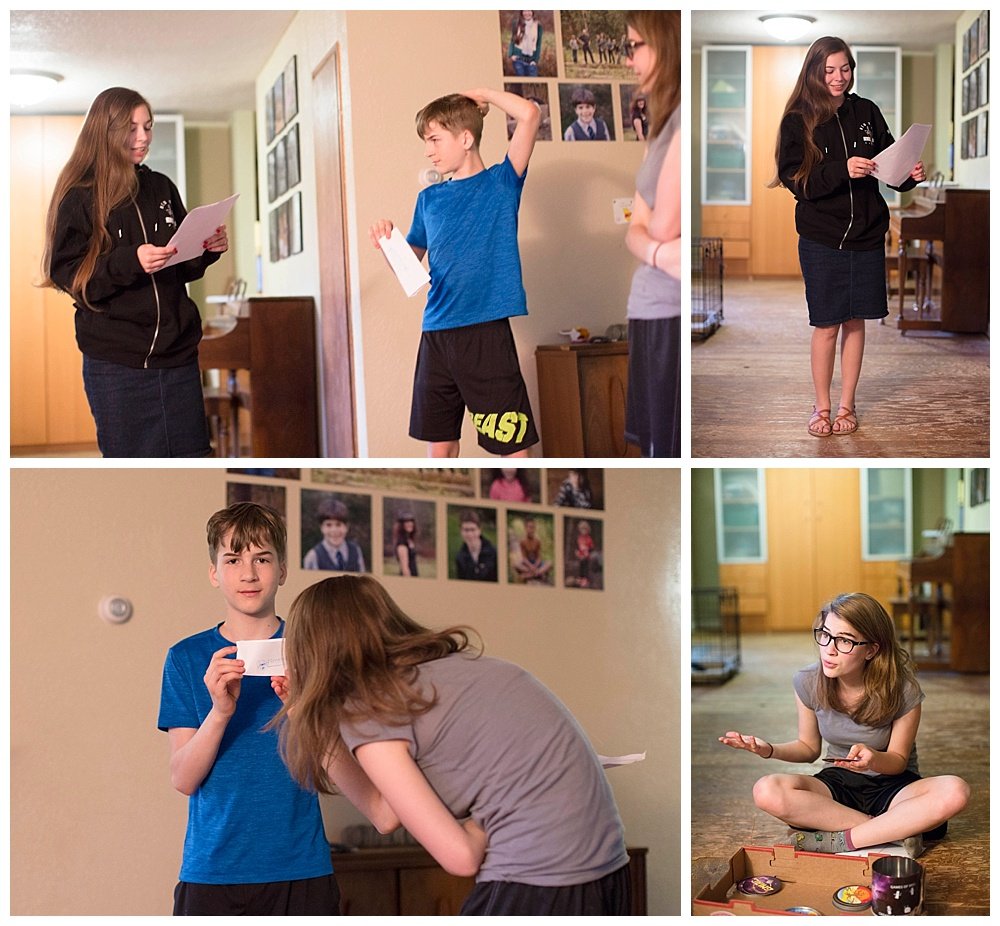 Well, Jason, you’re in luck. We love this game.

Game Night in a Can is a simple game that can be played with a crowd. Everything is self-contained (you know my thoughts on clutter) in a can that Jason says might (or then again might not) hold 30 ounces of coffee. I’m not sure why he said that unless he thinks mentioning coffee to me will subliminally influence my view of the game. Unfortunately, he didn’t include the 30 ounces of coffee.

{PSA: If you’re going to send me something, including coffee is always a safe bet.}

Whatever. I love the game and love coffee, so it’s all good.

Game Night in a Can is exactly the kind of game that is perfect for large families like ours. Unlike Escape Room (which we also love) younger kids can play this. At six, Apollo had no problem fully participating). We divided into two teams and everyone had a chance to play. There was no waiting for your turn (which can be hard in a large group). The game includes team challenges and individual challenges. 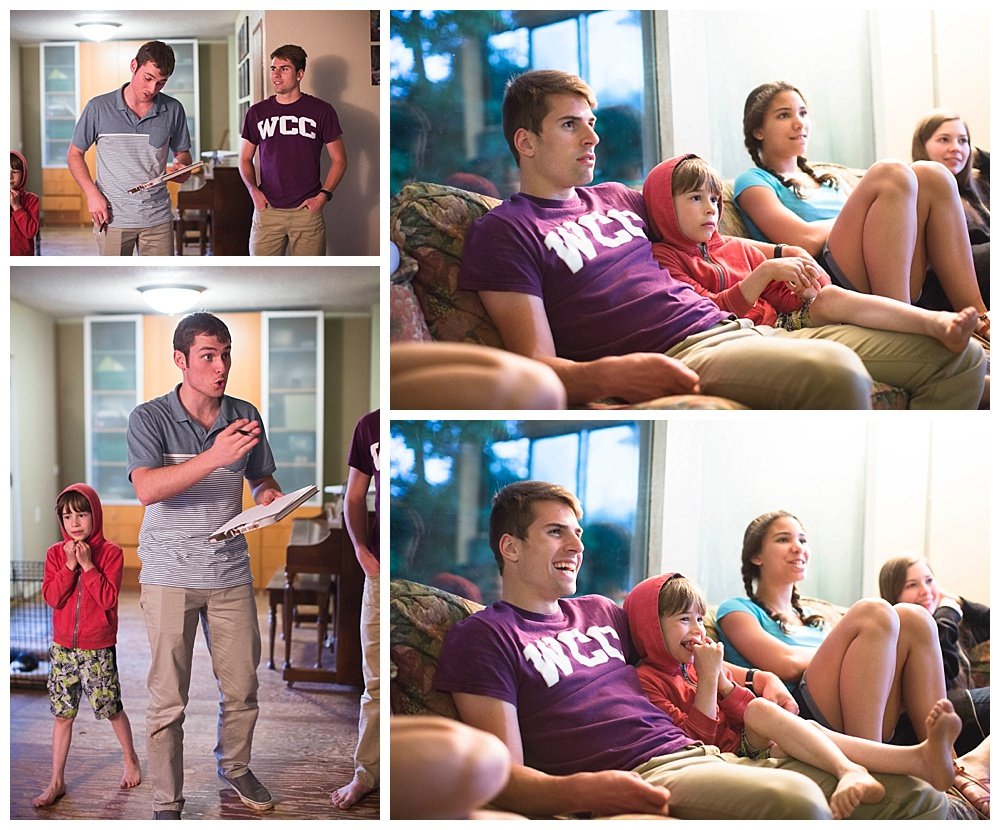 Because we were in teams, everyone was on equal footing.

To play the game you spin the spinner, choose a card and do the challenge on the card. I don’t want to spoil the surprise (because you really need to buy this game) but I will tell you we sang about mangos, told stories about mysterious crimson stains, pitched our idea for 15-passenger segue tours, and tried to convince the other team that Taco Tuesday will revolutionize our country and maybe even bring about world peace. 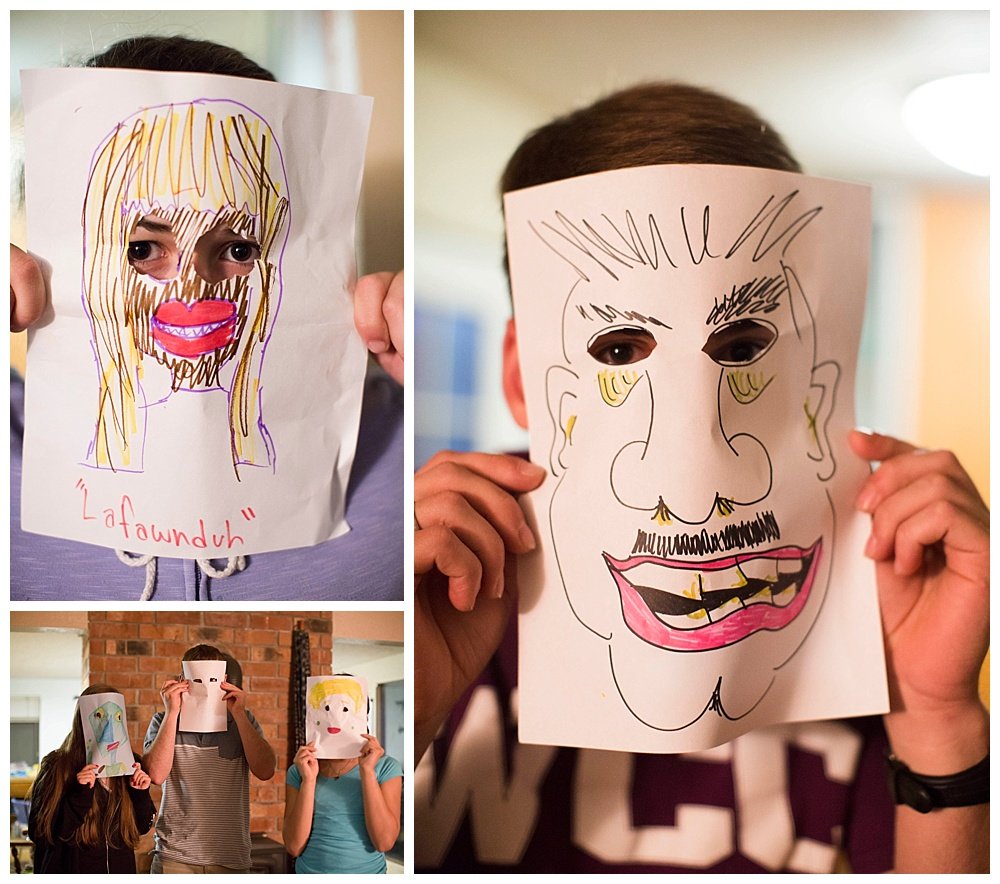 We also all got to participate in the Creepy Peeper challenge. Because, as the game says, the family that creeps together peeps together.

I will be posting a full review on Large Family Reviews in the near future. But for now, just trust me, this is one game you don’t want to miss.