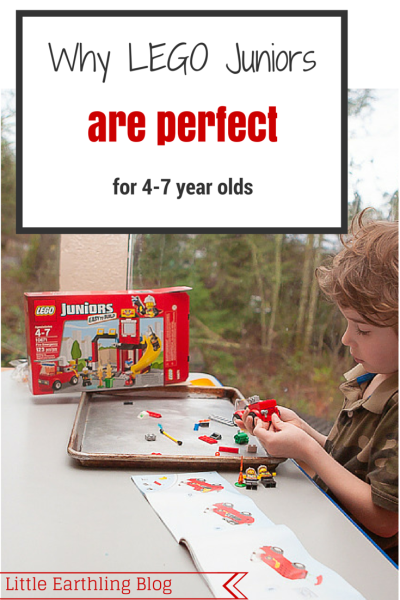 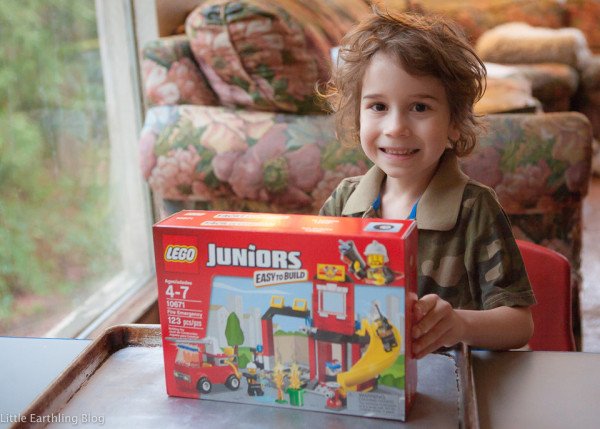 Apollo’s LEGO Juniors set arrived in the mail late last week and I could hardly wait to surprise him with it. I set the box (and a cookie sheet) on his school table and told him he need to come clean up his table….It isn’t very often I catch a genuine smile from him with my camera, so I was thrilled with this shot.

Here’s the thing about being the youngest child in the family…you get introduced to things so much sooner than you older siblings. It happens by default. For instance, Judah received his first LEGO set on his eleventh birthday. We had LEGO in the house prior to that, but they were Chuck’s LEGO from his childhood. Apollo, on the other hand, has grown up in a house inundated with both LEGO and LEGO fans. 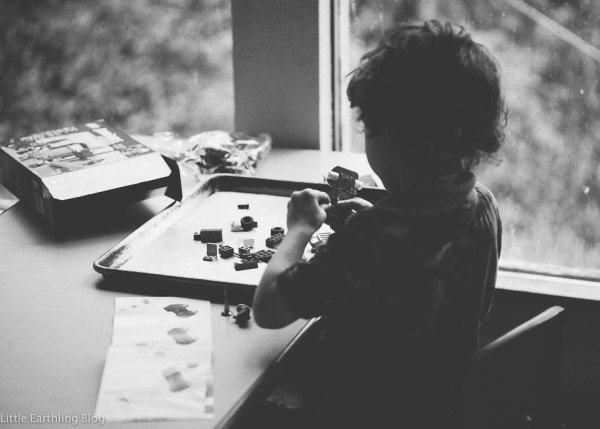 I loved watching Apollo with his new LEGO set. At age 4 and 1/2, he sat and focused on each step of the process…he opened the bags by himself, pulled out the instructions, and studied each picture. It was fascinating to see him study the picture, then scan the cookie sheet for just the right piece. Placing it called for spatial reasoning and fine motor skills. Following the directions, in order, is a great pre-reading skill. Seriously, LEGO is the perfect preschool activity. 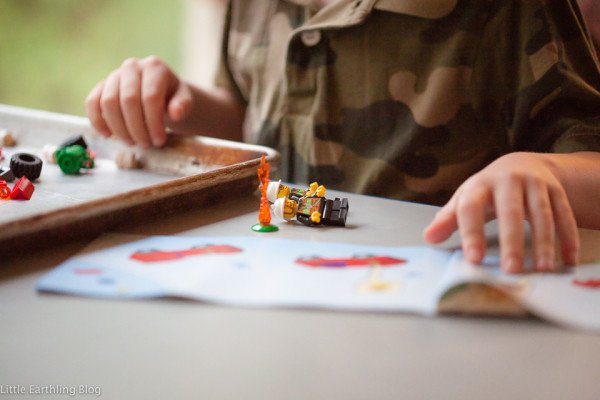 Apollo has had just one LEGO Juniors set before, this Spider-Man Spider Car Pursuit. This piece had 55 pieces. Apollo needed a little bit of help, but did most of it on his own…an hour or so after putting it together, he took it apart. Then putting it together again.

He did this over and over again, learning and expanding his knowledge and satisfying his deep curiosity time.

He has done the very same with his new LEGO Juniors set (this one has 123 pieces). He has already taken it apart and rebuilt it half a dozen times (he’s doing it right now, in fact). So much learning from one little box! 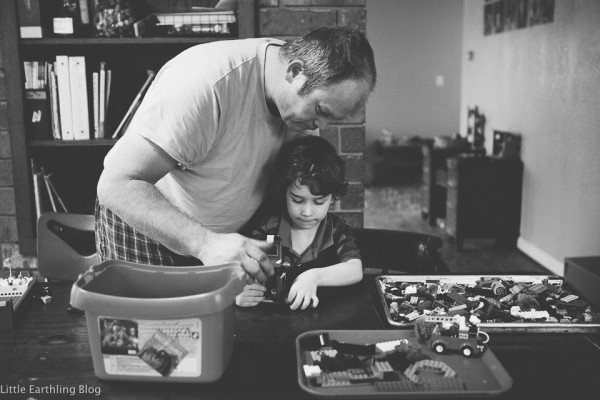 Do we have a bazillion LEGO already?

Do we need more? 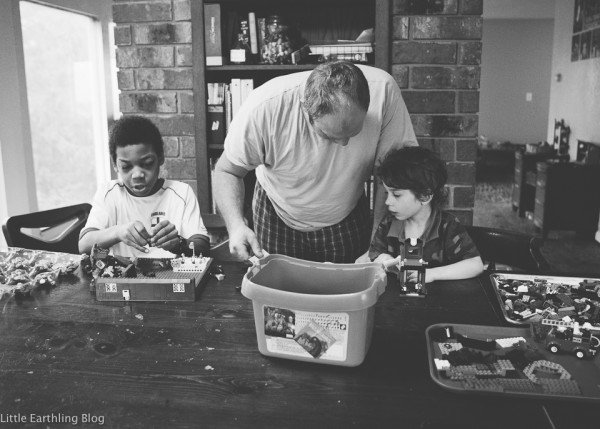 Do I regret spending $19 on this LEGO Junior set?

No way. It was worth every penny!

{This post is NOT sponsored. I just wanted to share my love of LEGO Juniors with you. I didn’t know these existed until just after Apollo’s fourth birthday. I had made the mistake of buying him this Chima LEGO set. I knew he wouldn’t be able to put it together, but also knew he would enjoy playing with in and the mini-figures. Unfortunately, since it was designed for older children it kept falling apart when he played with it. Shortly after that I learned about LEGO Juniors.}