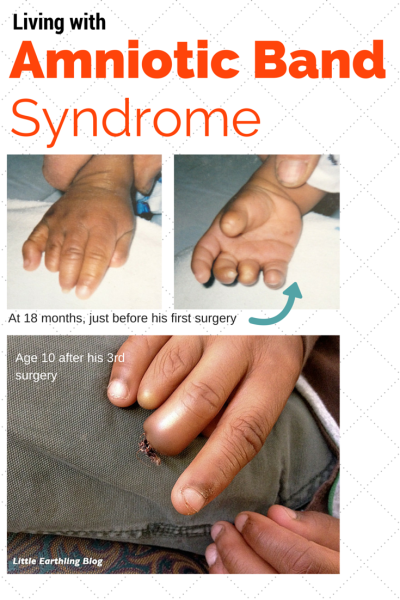 When we first got The Call, back in 2002 about a six day old baby boy, we were told he was “missing some parts of some fingers and toes”. We met that baby boy, Mordecai, three and a half weeks later when we brought him home to be our son. Within a few weeks he had two appointments at Seattle Children’s Hospital and we were told that the missing digits were caused by Amniotic Band Syndrome.  With this syndrome pieces of the amniotic sac  become loose and wrap around parts of the body and cut off circulation. Amniotic Band Syndrome can cause anything from mild scarring to amputation.

In researching and finding links for this post I discovered they can now diagnose this prenatally and do fetal surgery if necessary! How cool is that?

Mordecai’s hand at 18 months, just before his first surgery.

Mordecai’s would probably be considered “moderate”. He has actual amputations (including toes on both feet) but isn’t missing an entire foot or hand like some people. Amniotic Band Syndrome occurs in one out of every 1,000-2,000 births. Along with the missing digits, Mordecai was born with distinctive scarring on his torso where bands had been, and a large scar around one ankle. He had his first surgery at 18 months where the doctor released some bands (you can see it on his pinky) and tried to widen web space between his thumb and first finger. A year later he had essentially the same surgery done again to widen the web space.

Mordecai’s missing digits have caused very few issues over the years. His gait is a bit off (when he was about 18 months we were at a church picnic and someone, having no idea about his missing digits, commented on the “funny way he has of running“). Since he has never had a full set of ten fingers and ten toes, he has adapted very well to what he does have. 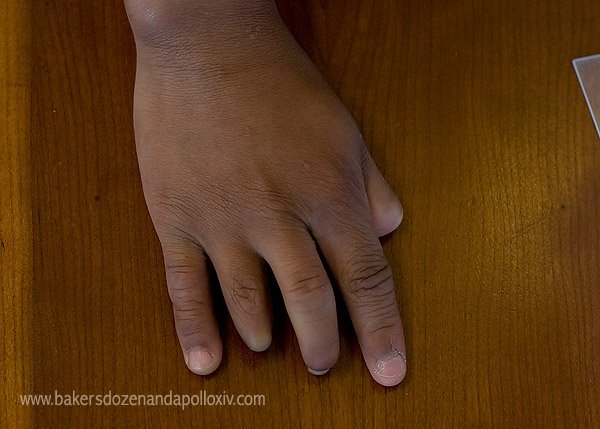 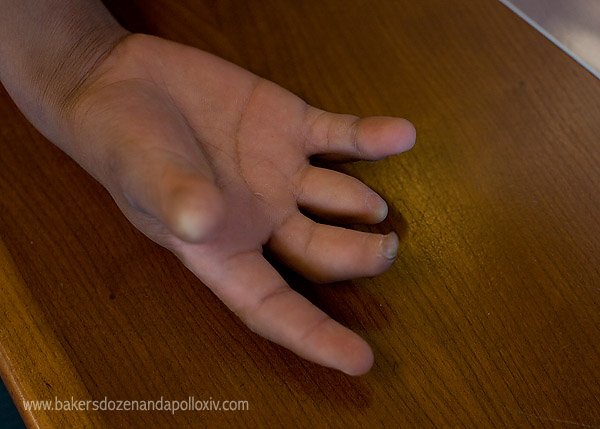 Mordecai’s hand in 2012, just before his third surgery.

In 2012 Mordecai’s middle finger really started bothering him. He had a nail growing there that got more and more painful as time went on. He had surgery to amputate the tip of the bone and remove the nail and bed. The surgery went well but the healing was horrendous. 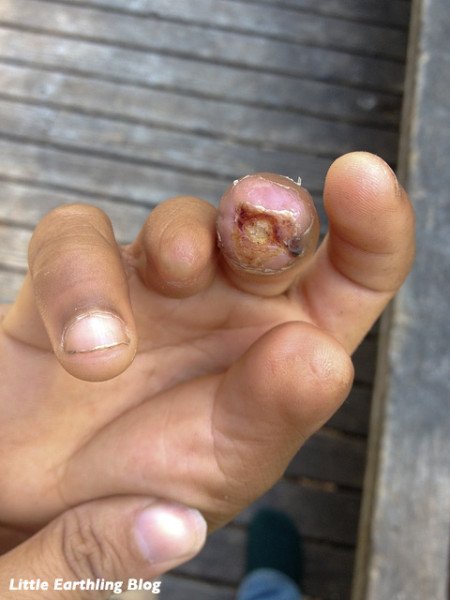 This is what it looked like two weeks after the surgery. The white, porous part sure looked and felt like bone to us, though the doctor insisted it wasn’t. It finally healed up and gave him no more pain. We thought that would be the last surgery. 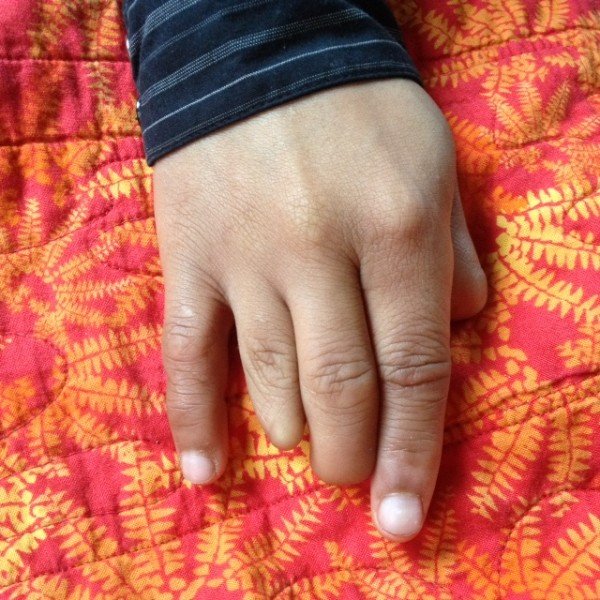 As you can see, two and a half years later it looks great. Well now, the ring finger is giving him trouble. His bone seems to be growing faster than his skin and the skin is drawn tight around the sharp tip of bone with no padding. This makes it mildly painful all the time and extremely painful any time it gets hit or bumped. 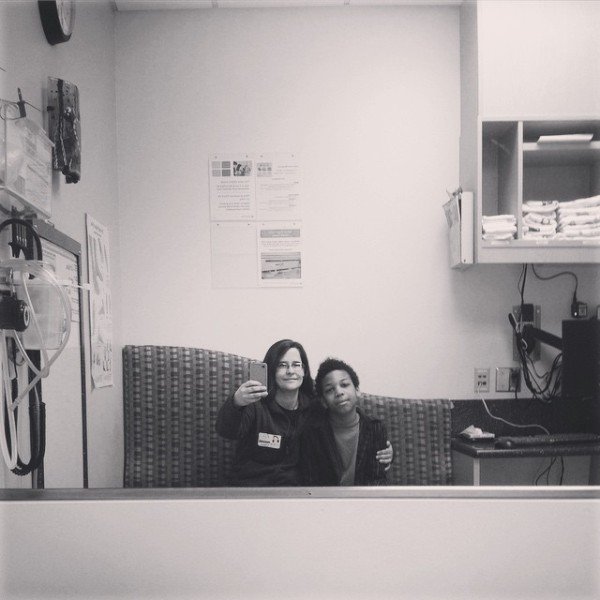 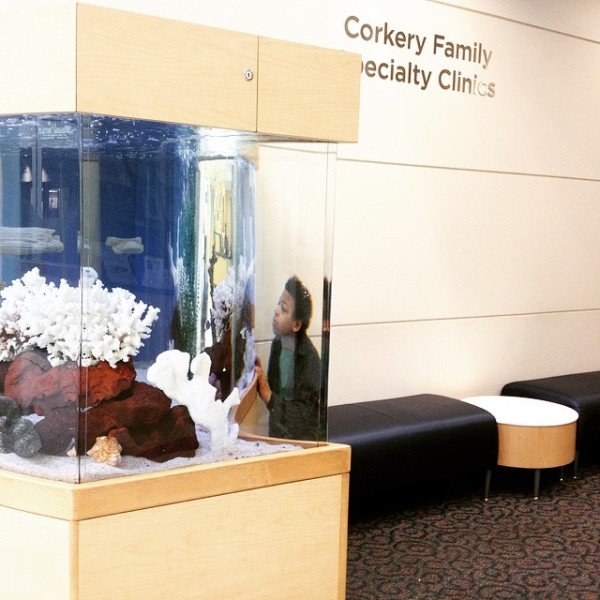 Yesterday he had an appointment at Children’s with an orthopedic surgeon. We scheduled a fourth surgery for early next month. He will have the tip of his middle finger amputated and the extra skin will be used to pad the finger. He will also be having two nail beds removed on his toes. The onset of puberty (according to the doctor) is bringing on all of this new growth. His body is trying to grow toenails where there were none before and it is very painful. His toes will crack and bleed and be unable to heal because a small, malformed nail is trying to make its way through.

The surgery is scheduled for just before spring break, so he will have over a week to heal and recover before going back to school. Last time, he experienced very little pain afterward. We gave him Tylenol and the prescription painkillers (and plenty of movies and popsicles) and he was just fine. I anticipate a similar recovery this time.