My Worst Childhood Fears and Laying Them to Rest 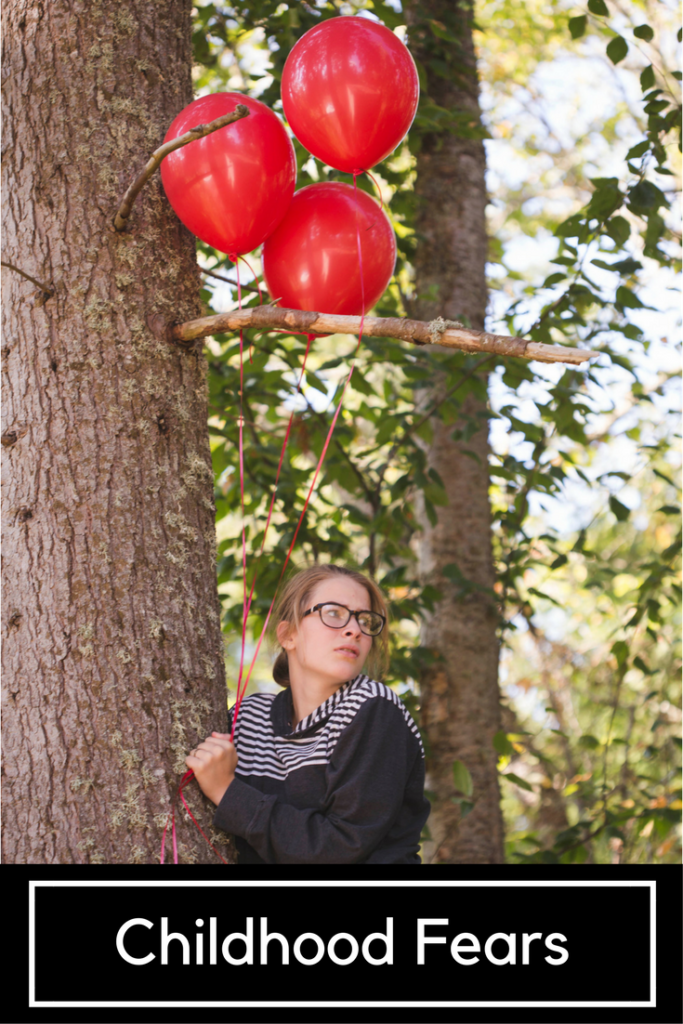 My worst childhood fears and laying them to rest.

The Origin of My Childhood Fears

My mom had a hysterectomy when I was five years old. It was necessary, but not particularly urgent or dangerous. It was more or less routine in 80’s after a pap smear that showed pre-cancerous cells. She was in and out of the hospital within a few days and that was that.

For me? I can trace that event to my insane fear of blood as a child. Like most good parents, mine gave me the information I needed at a level I could understand. Something like, “mom has bad cells in her uterus and it needs to be removed. She’s going to the hospital to have surgery”. I found out just a few years ago that my mom had a vaginal hysterectomy. I was shocked to learn this. There was no reason for my parents explain to a kindergartener about the difference between a vaginal and abdominal hysterectomy. Except that when my mom “disappeared” for a few days I have visions of doctors cutting her open. And thus began my fear of blood.

The Fear of Blood

Overnight I was terrified of the sight (or thought, or mention) of blood. I was only five at the time, so my memory of events comes in small, bright, flashes:

My mom is in the hospital. I am at the daycare my grandparents run. I bite into a giant apple. My tooth is loose and a small spot of blood appears on the bright, white inner flesh of the apple. I am immediately nauseous. I curl up in a ball, trying not to vomit. My dad has to come to pick me up.

I am at school, in PE class and a boy gets a bloody nose. A single crimson drop lands on my shirt. I tell my teacher I am sick and go to the nurse’s office.

I fall and skin my knees. There is blood everywhere. A few days later I fall again, ripping open the wounds. It bleeds more this time. I am absolutely panicked. My mom takes me to the bathroom of the restaurant we are at and cleans me up. It takes all the courage I have to ask, shakily, “Am I going to bleed to death?”

I jumble together pieces of stories I have heard; bits of conversations. I am scared, not just of blood, but injured animals too (they might attack me).

Blood = Death and I must avoid it at all costs.

And this is really ironic to me because I am not squeamish in the least. I can handle blood with ease, sometimes watch surgeries on YouTube for fun, and am a birth photographer.

Fast forward to me being about six and my parents take our whole family to movie night at church…where they proceeded to show A Thief in the Night…a post-rapture movie involving blood, decapitation by guillotine, and post-apocalypse horror. As if there weren’t inappropriate enough to show a six-year-old our church leaders explained to everyone present that it is all true, and going to happen, so you’d better make sure you have “Jesus in your heart”.*

To say I was traumatized by those movies would be an understatement.

So yeah, my fear of blood was deeply ingrained in me…

Sometime before I was a teen my fear of blood abated. I don’t know how our why, but now I’m not the least bit squeamish. I can handle blood with ease, sometimes watch surgeries on YouTube for fun, and am a birth photographer.

* which, for the record, is never mentioned in the Bible.

I mentioned in my post with the It themed photos that my mom didn’t let me watch horror movies (except, of course, the Pentecostal Christian variety- see above). I  get it, I don’t let my kids watch them either. But here’s the thing. I was much more afraid of the After the Rapture movies they showed us in church and by a movie I watched with my mom when I was a teen than by any horror movie I’ve ever seen.

I wish I could remember the name of the one I watched with my mom. It was supposedly based on a true story about a couple who was abducted by aliens who then implanted something into their noses.

And there was proof. I mean, they had foreign objects in their noses. What other possible explanation was there for that? We lived in a rural area at the time…in a log cabin in the woods. I spent hours awake at night terrified that I would be abducted by aliens who would then stick a foreign object in my nose.

Thinking about the movie It (should I go see it?) and the plot (which is really childhood fears) made me realize:

I have never seen an alien, much less been abducted by one.

I have never seen a crazy, evil, murderous clown.

I have never been injured by being in the presence of blood nor attacked by an injured animal.

I have not been left behind to stand up for Jesus rather than face the guillotine.

In other words, none of my worst childhood fears have come true.

So maybe it’s time to lay them to rest.

What did you fear as a child? Did any of those fears carry over to adulthood?

And by all means comment, if you too, watched the Thief in the Night movies at church and were traumatized as much as I was!