First off, thank you so much for your thoughts, prayers, and comments. Enoch did so amazingly well. He utterly shocked his surgeon and all of his nurses with his quick recovery!

{All photos in this post were taken with my iPhone} 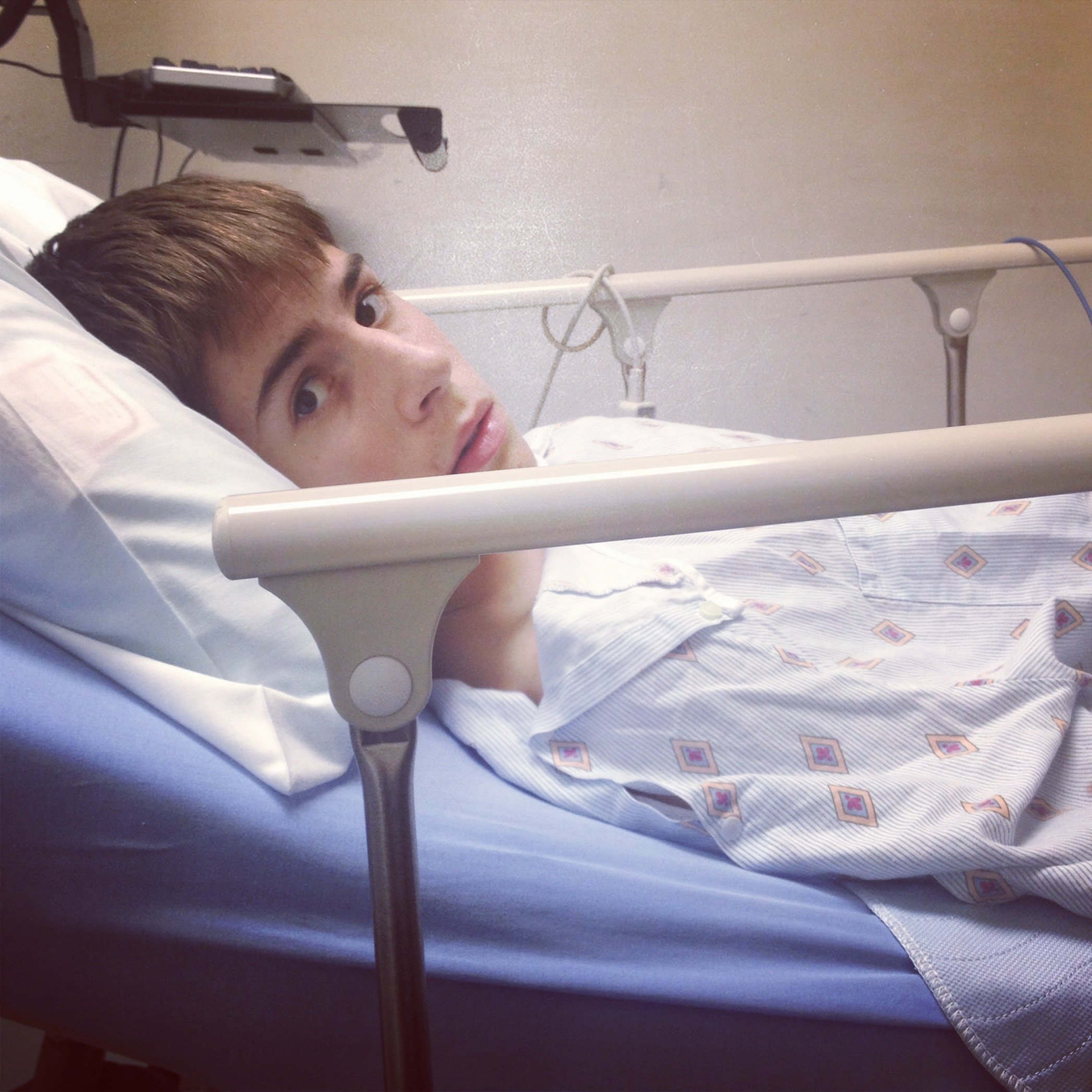 How it all went down:

Thursday night after dinner Enoch developed a stomach ache and went to bed early. Friday morning I heard him throwing up and Chuck told me he had given Enoch some Mylanta to settle his stomach. My first thought was, Stomach flu again? It ran through our family barely a month ago!

The day was full of errands and appointments. Enoch continued to throw up, but something seemed a bit off to me. I did the usual poking and prodding and decided to take him in to see the doctor…after an exam which included more poking and prodding and a urine sample the doctor said he thought this was a particularly nasty strain of stomach flu. “I could do a white blood count, but I already know it is going to be elevated since he’s sick…I could send you in for an ultrasound or CT scan, but I really don’t think this is appendicitis…if it is it is presenting itself atypically”. Everything he had to say made sense logically…he gave Enoch a shot for nausea. “If this helps, we’ll know it is just stomach flu, if not, he may need to go in and have his appendix checked out”.  I wasn’t entirely happy with this but decided it see how he felt after the shot. In the thirty minutes it took to drive home Enoch visibly relaxed and even dozed off. As soon and we got home he threw up again then slept for several hours.

We were hosting a Cub Scout campfire that evening and I mentioned to several people that Enoch was “very sick”. I checked on him periodically, finding him asleep each time. I took this as a good sign…the vomiting had abated and he was sleeping…that must mean he wasn’t in too much pain, right?

First thing Saturday morning I checked on Enoch again. He looked better to me and had not thrown up but he said his stomach hurt worse. Chuck wanted me to take him to the ER right away. It was only 6:30 am and he was hoping it would be slow and we wouldn’t have much of a wait. As it turned out, the waiting room of the ER was completely empty. We quickly saw the doctor who suspected appendicitis and ordered a CT scan. All this time, Enoch was in pain, but honesty didn’t look like he was suffering too much. Unlike Kalina’s suspected appendicitis where she was pale and clammy and had difficulty breathing, Enoch was calm and rated his pain as a 4 or 5 on a scale of 1-10. 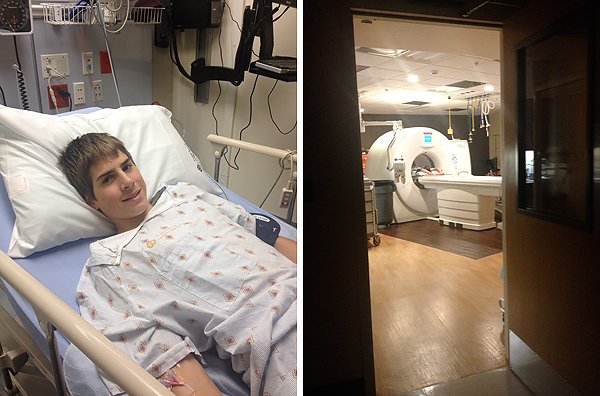 He doesn’t exactly look like he’s suffering, does he?

During the CT scan, however, something shifted. I saw Enoch so uncomfortable the could barely lie still for the scan. “That’s it” I thought. “As soon as the scan is over I’m asking for them to give him something for the pain. They already suspect appendicitis, there’s no reason to make him suffer more”. By the time we got back to our ER room, however, he was totally comfortable…his stomach no longer hurt. At all. The nurse explained that the doctor would look at the scan but usually waited for the radiologists to read it, which would take about an hour. While he was typing on the computer, he suddenly said, “Oh, he must have seen something. He’s ordered antibiotics and a surgery consult”. The surgeon came in and explained that not only did Enoch have appendicitis, but he believed it was ruptured as well. At this point I knew it was ruptured…and I knew I had watched it happen right before the CT scan…Thus began a very long day as we waited over eight hours for the surgery to take place. There was a tragic car accident and several other trauma victims that needed surgery first. You know it’s a bad day in the OR when they are bumping patients with a ruptured appendix.

By the time they took Enoch to the operating room he had a fever of 102. Chuck and I were none too happy that he had been left long enough to develop a fever..the surgery took about an hour and a half and was done laparoscopically. 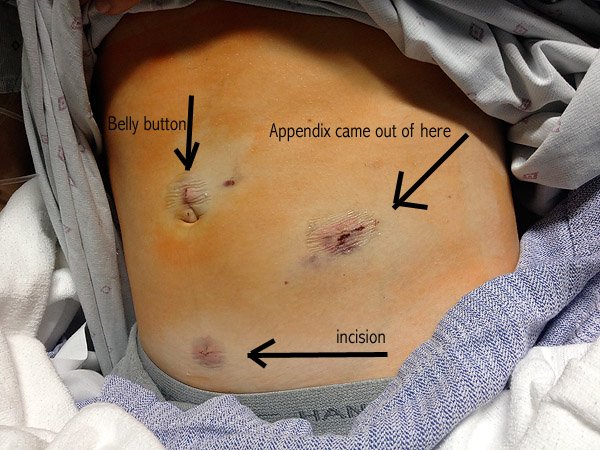 Enoch woke up as soon as they stopped the drugs and was wide awake and lucid by the time he was wheeled into recovery! We were told to expect anywhere from three days to two weeks in the hospital after a ruptured appendix. Enoch was given heavy-duty antibiotics by IV every six hours. And pain? He had none after the appendix ruptured and none, that’s right, none after the surgery. He was wheeled back to his room about 9 PM and at 11 PM the nurse gave him a dose of morphine and zofran…after that he didn’t take so much as a Tylenol. He had to keep insisting to the nurses that he wasn’t in any pain.

His appetite has been hearty. We’ve spent three days in the hospital watching movies and hanging out. Enoch did so much walking around the floor he made a new friend. The doctor has warned us that he still has a 15-20% chance of developing an abscess because of the rupture, but he has done amazing! The nurses were all talking about the kid who wasn’t in any pain after his ruptured appendix.

God’s hand was truly on this boy throughout his ordeal.

The Art of Letting Go in Three Steps
Tagged Teens