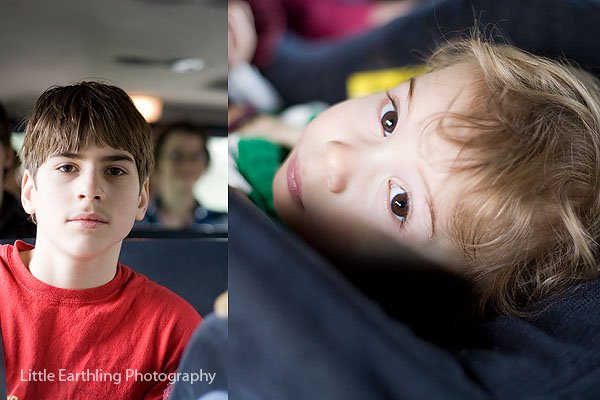 Bright and early Monday morning Chuck and I and eleven of our favorite children headed off for a two day adventure at Great Wolf Lodge. We’ve been planning and saving for this trip since summer. Chuck wanted to take some time off for family this January (traditionally his slowest time of year) and a trip to Great Wolf Lodge was on the top of our list of things to do. 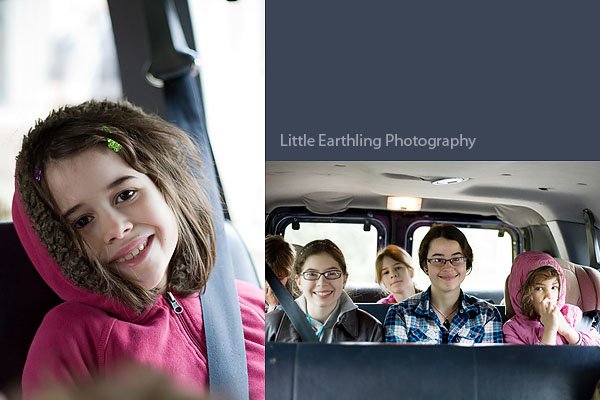 The timing of this trip was perfect. Just after Apollo’s diagnosis but before his surgery. 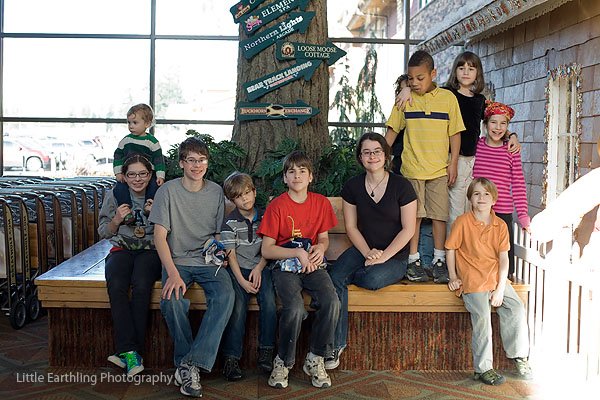 This is as good as group shots get with my crew! 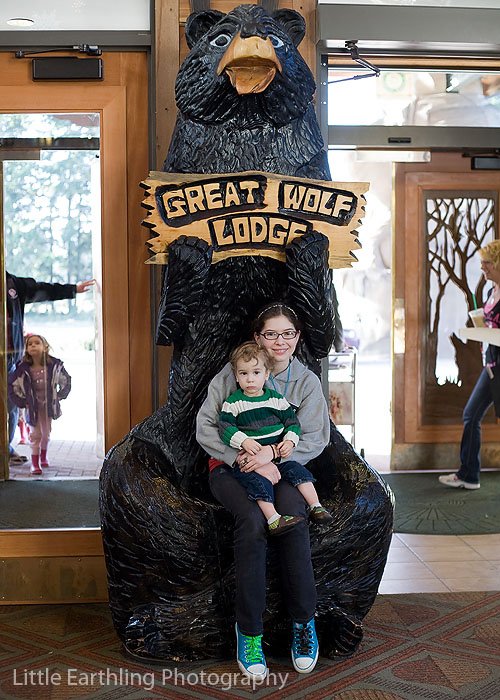 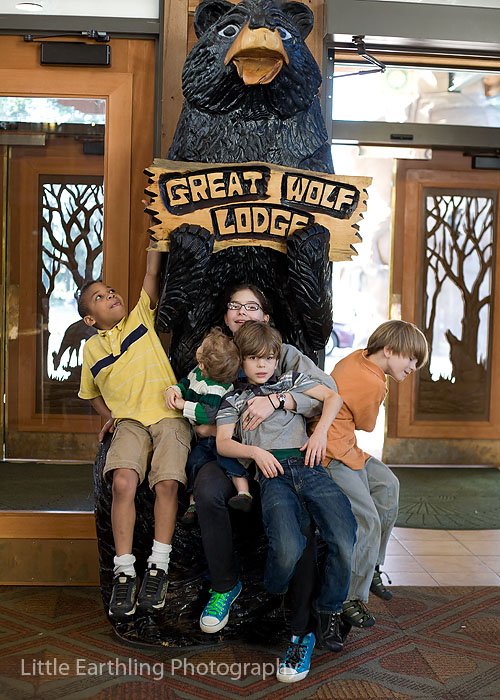 This picture is called: Too Many Brothers for Tilly. 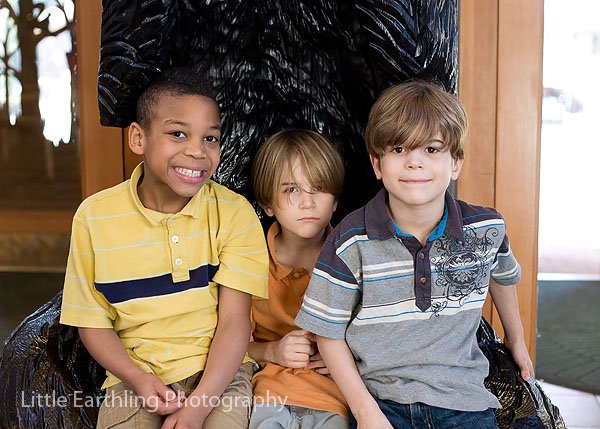 Well, two out of three smiling isn’t too bad…right? 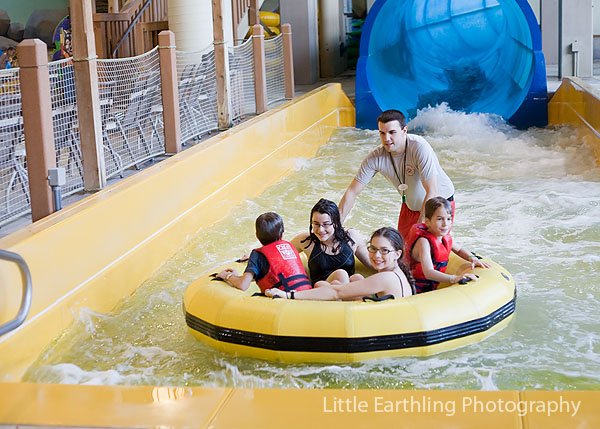 Tucker, Adalia, Tilly and Hezekiah on the Canyon River Run. 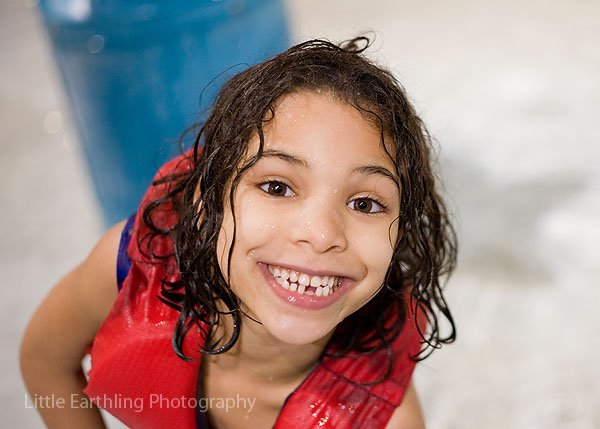 If they were giving out awards for cute kids, I’m pretty sure Avi would have won. 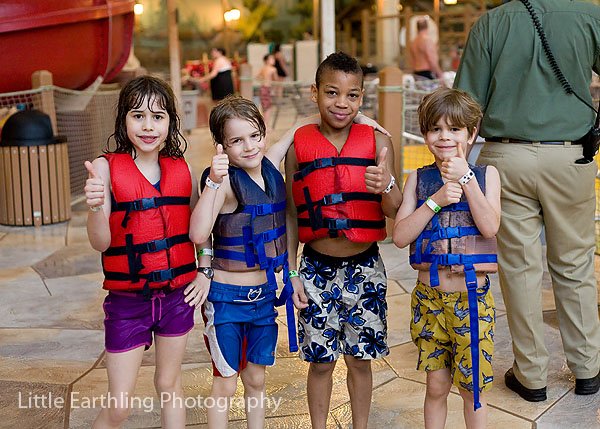 We had such a great time as a family. No distractions from work, laundry. No worrying about Apollo. Just time to focus on our family. 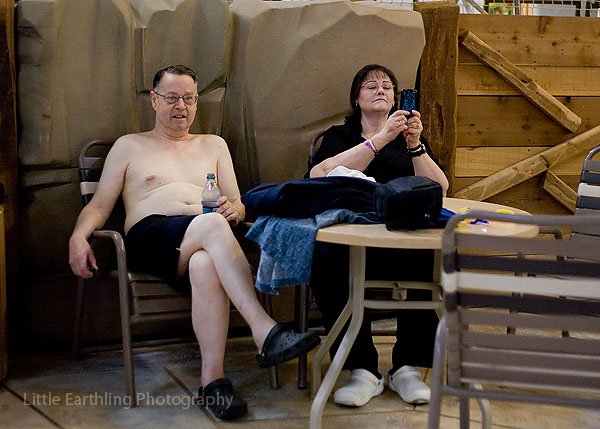 Oh, and we dragged my parents along for one night. The kids loved having Grandma and Grandpa there. 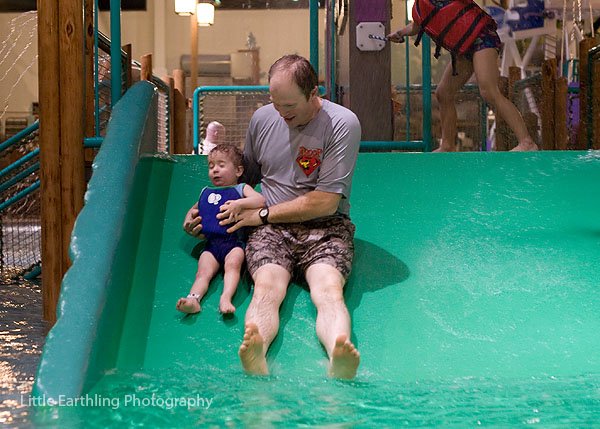 I was pretty sure Apollo would enjoy the water park. He’s always liked swimming…but I had no idea how obsessed he would be. When he woke up after the first night there, he sat up, looked around and immediately said, “Wa-wa! Wa-wa!”. He threw his first all out toddler tantrum (lying on the floor and screaming) because we wouldn’t take him immediately.  By day two he was saying “WA-wa park”. Too cute. 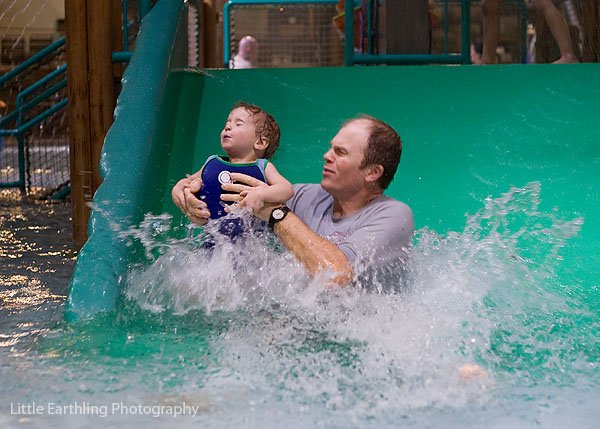 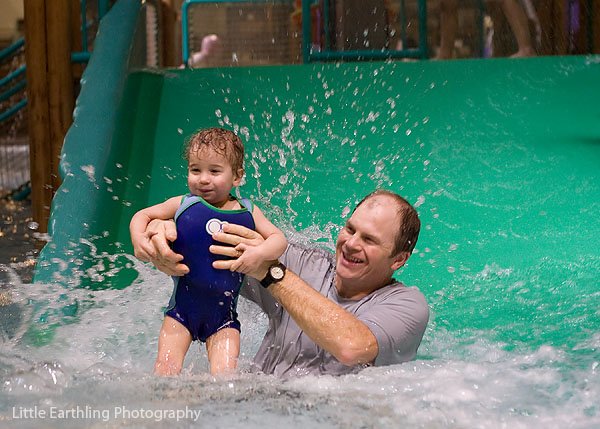 I have a ton more photos to share, but this is all I have time for now. I’ll be posting more tomorrow as well as an update on Apollo. Thank you everyone for your prayers!

Click here to see our trip to Great Wolf Lodge in Sept 2010. And click here for even more photos of our 2010  trip.