Exquisite: The Poetry and Life of Gwendolyn Brooks 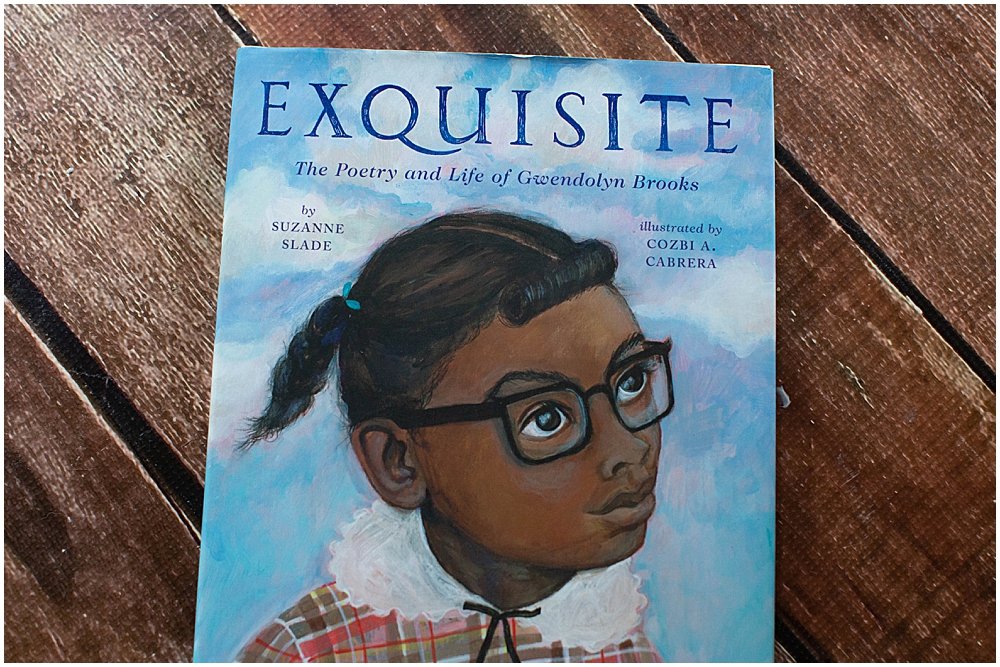 Gwendolyn Brooks was the African American to will a Pulitzer prize. But she wasn’t always a prize-winning writer. The book, Exquisite, by Suzanne Slade, tells the story of Gwendolyn who grew up in a poor family in Chicago but her father owned a treasure...a bookshelf full of poetry books. Gwendolyn’s father loved to read his daughter poetry and Gwendolyn loved to memorize poems.

Gwendolyn’s parents both encouraged her writing. At age 11 her first poem was published in a magazine. Gwendolyn was sure she was on her way to being a famous author. But then, the stock market crashed and the Depression began.

Exquisite follows the life of Gwendolyn Brooks from growing up poor in Chicago, through marriage, motherhood, struggles to pay bills, and finally recognition. This inspiring true tale will encourage any child to follow their dreams.

If you read Exquisite then you definitely need to also check out Bronzeville Boys and Girls, a book of poems about children, written by Gwendolyn Brooks.

“This classic picture book from Pulitzer Prize–winning poet Gwendolyn Brooks, paired with full-color illustrations by Caldecott Honor artist Faith Ringgold, explores the lives and dreams of the children who live together in an urban neighborhood. In 1956, Gwendolyn Brooks created thirty-four poems that celebrated the joy, beauty, imagination, and freedom of childhood.“

We Are Shining by Gwendolyn Brooks

From Amazon: “A story of our shared humanity, Gwendolyn Brooks honors the beauty of our world and the many different people in it. Brooks speaks to all children of the world in this moving poem about acceptance, stressing that every child should have the opportunity for a shining future and offering hope for a better tomorrow.”

You can watch We Are Shining being read on Sankofa Read Aloud.

The Tiger Who Wore White Gloves

Written in 1974, The Tiger Who Wore White Gloves, is a timely story of tolerance, peer pressure, and being yourself. It is a strong poem with enough amusing line to keep a child interested. Add to it the illustrations by Timothy Jones and you have a charming children’s story.

Tams and Ed Home-Schoolers has a poem analysis on The Tiger Who Wore White Gloves. It also includes parts of speech lesson the author gives you permission to use as a lesson plan.

An for older students, or research, the Poetry Foundation has a great write up about Gwendolyn Brooks.

I hope these books encourage you to read about Brooks and are encouraged by her perseverence and success.