And what’s a good party with no food? We had a ton of fun brainstorming and coming up with fun Hunger Games party foods. Unfortunately, I forgot to take photos of several of my favorite themed foods, so you’ll have to use your imagination!

Cornucopia Crescent Rolls, Peeta’s Cheesy buns. We divided the food into Districts, each reflecting the food that particular district would have provided in the books.

We had Capitol Spirits (punch) and nightlock (fresh berries) as well. 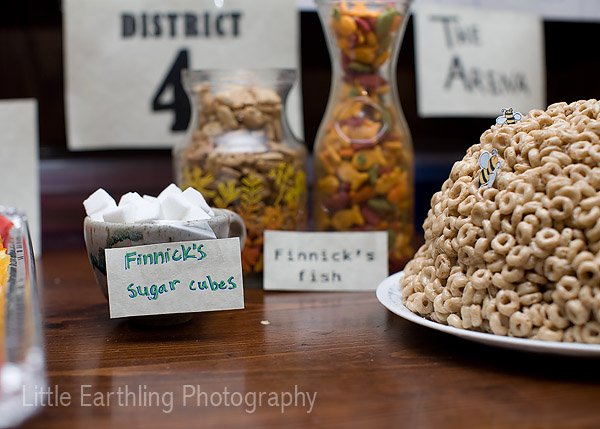 Finnick doesn’t come into the story until the second book, but we still had Finnick’s Sugar Cubes and Finnick’s Fish (Goldfish Crackers). I didn’t get a good photo, but on the right you see a Tracker Jacker Nest (Cheerio Treats formed into a wasp nest shape, with paper wasps  Tilly drew). 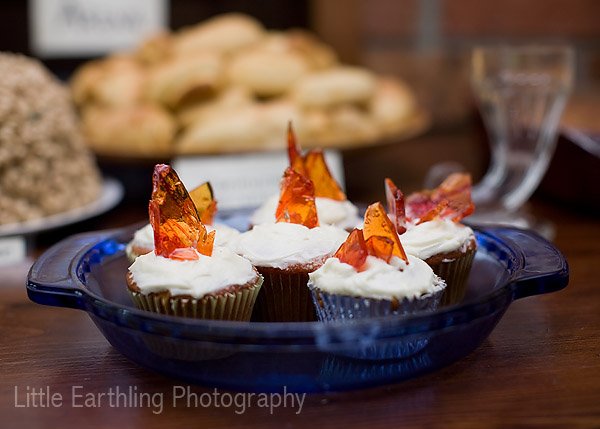 Girl on Fire Cupcakes, made by Devon (the 15-year-old who did Adalia’s make-up. She’s very talented!) 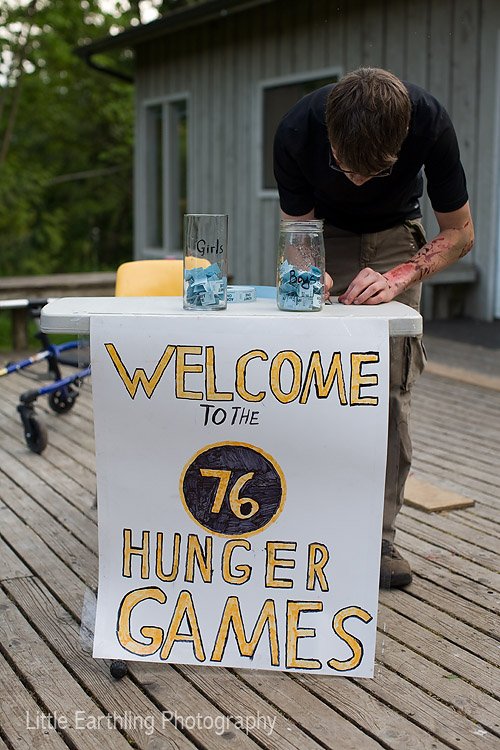 As everyone showed up, we put their name in the jar for the Reaping. If they were in costume, they got their name put in twice.

For decorations, we hung 16×20 posters I made from these Hunger Games photos and we made aluminum foil parachutes to hang from our dining room counter, along with several themed posters (sorry, I forg 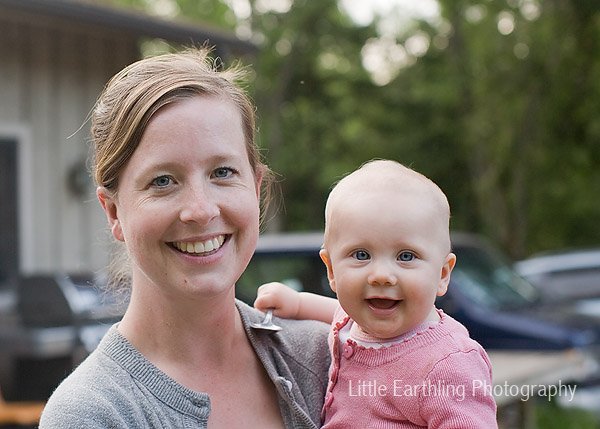 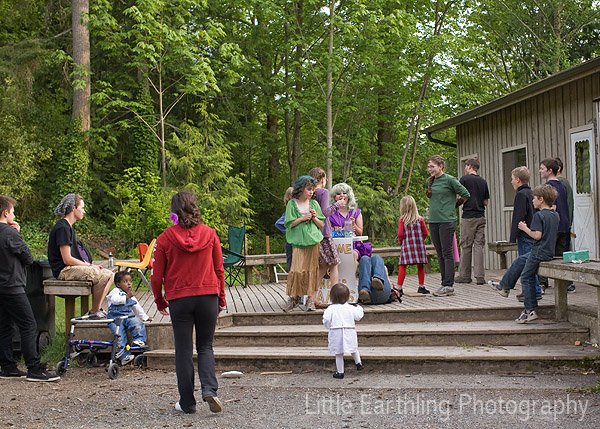 We know how to party…just invite a friend with FIFTEEN kids over! 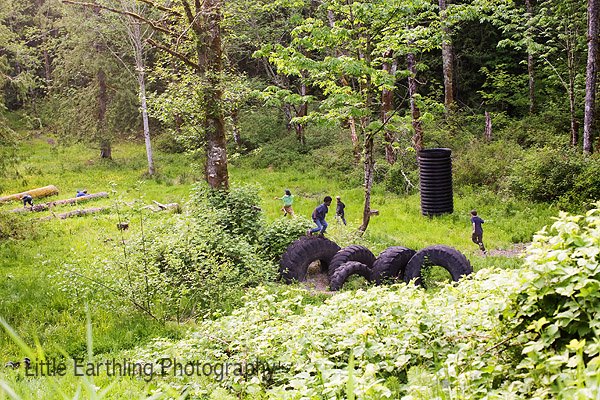 Judah, Tilly and Enoch came up with an awesome obstacle course (training for the Hunger Games, of course!) Everyone who finished received a chocolate bar…and got their name put in for the Reaping one more time.

Here are two short video clips of (part of)  the obstacle course: the girls and the boys. 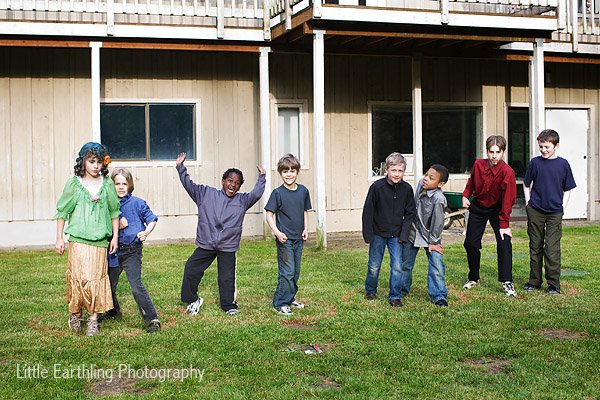 The “little kids” lined up for the obstacle course. 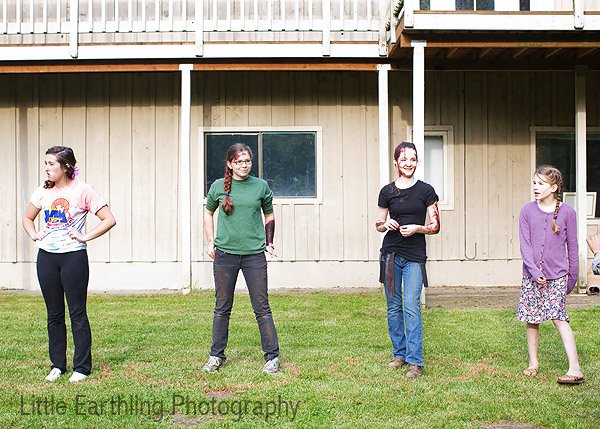 The “big girls” ready to race. 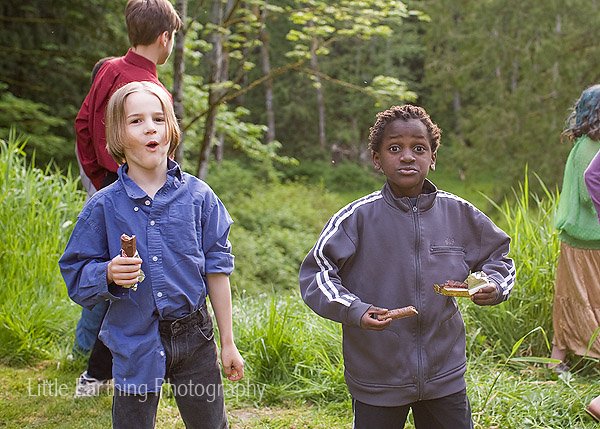 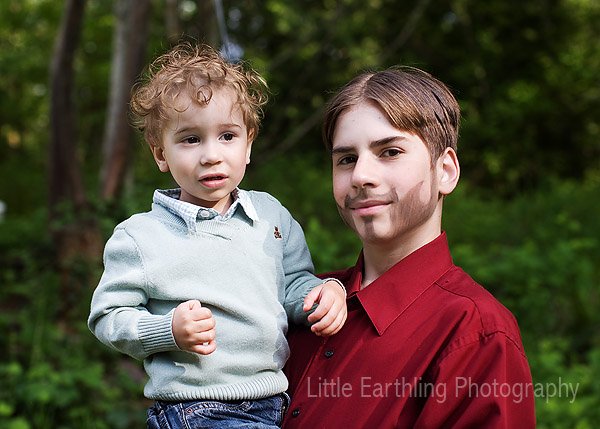 Apollo was literally scared of his siblings all dressed up…who can blame him, with all of the blood and gore and Adalia’s scary get up. Poor guy. 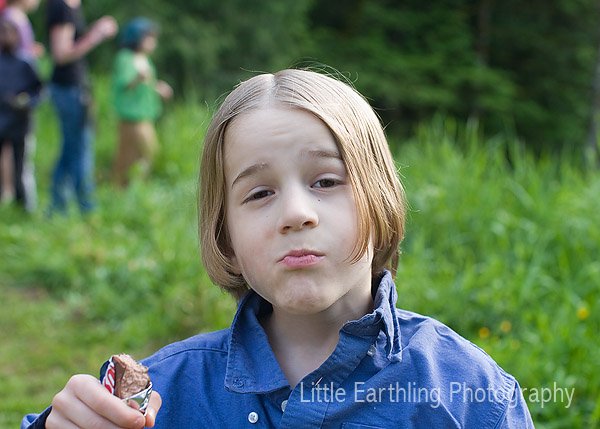 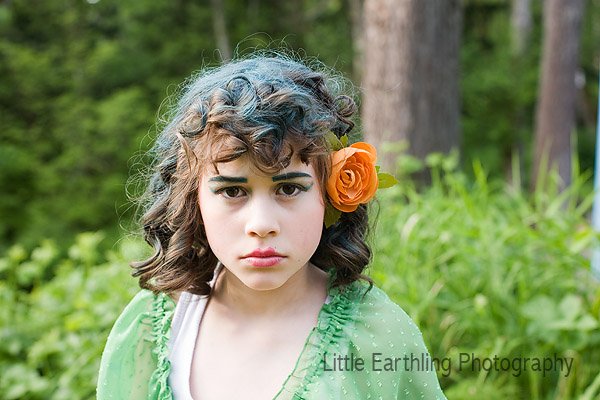 We also had a “training center” set up where the kids could sword fight (with swords made out of pool noodles) and archery. Everyone who participated got their name put in one more time for each game. This was a great way to encourage everyone to join in. The very last activity was the Reaping. My mom drew a  name out of each jar (one for the boys and one for the girls)…. 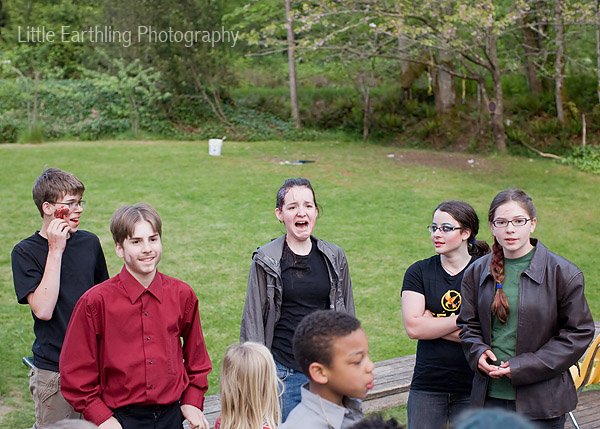 This was Devon’s reaction when her name was drawn…I love the look on Adalia’s face! She was reluctant to claim her prize (which was actually a $10 gift card, not a fight to the death) so in one totally unplanned twist of the evening… 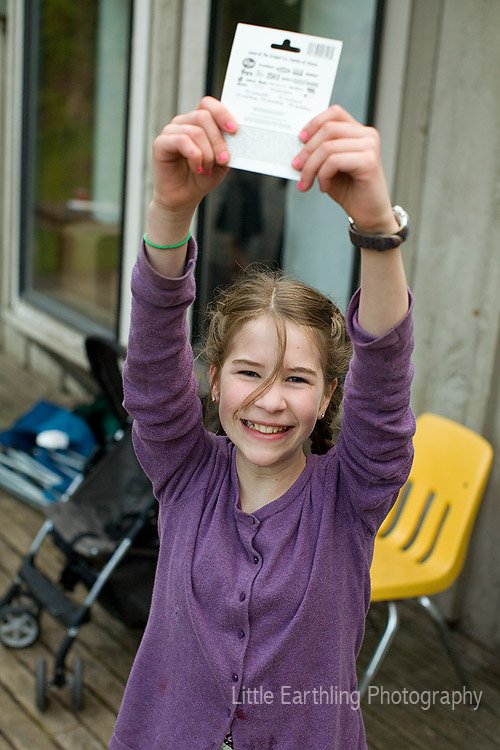 Kalina yelled out, “I volunteer as Tribute!”

So I handed her the gift card…which we of course, gave back to Devon.

Enoch won for the  boys, and that was the end of our fabulous Hunger Games Party.