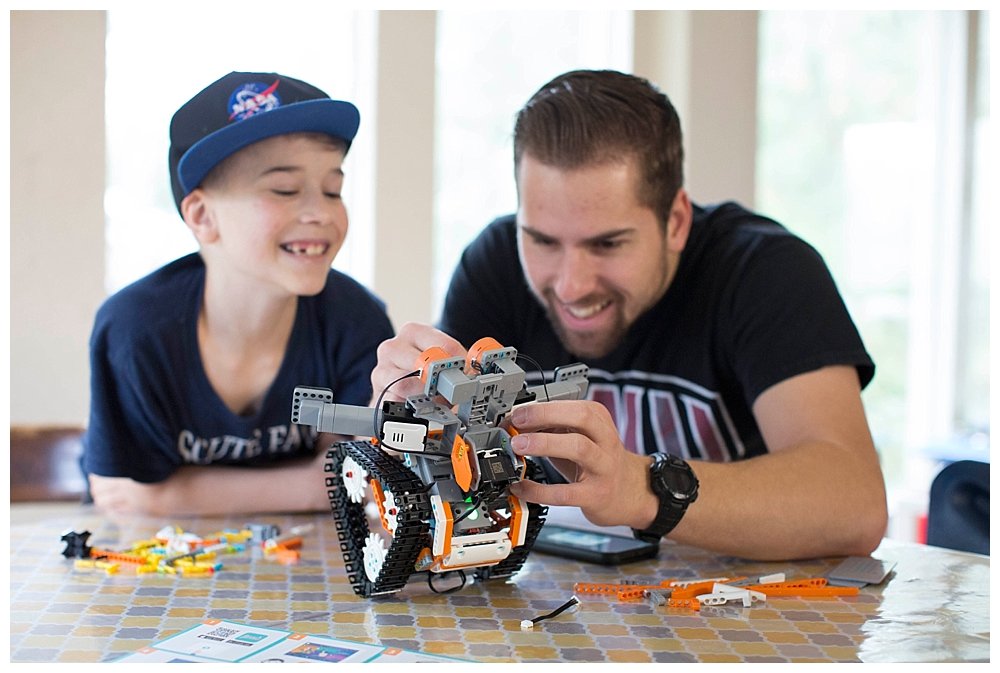 Thank you UBTECH for sponsoring this post. JIMU Robots are a fun way to bring robotics into kid’s day to day and make the perfect gift you can feel good about gifting to the children in your lives this holiday season! 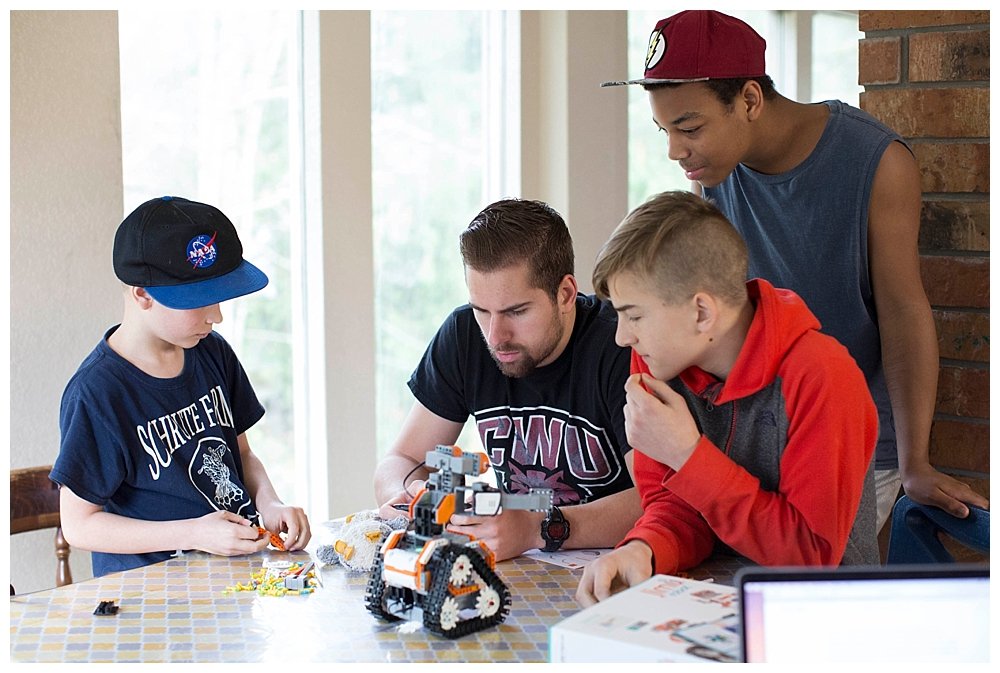 It was so much fun to have Enoch home for a long weekend over Thanksgiving. This was the first time we have seen him since he started at CWU in September. Apollo was so excited to see Enoch he happily woke him up in the morning and climbed right into his sleeping bag with him. Thankfully, Enoch is a good sport and enjoyed the lavish attention (bordering on hero-worship) from his littlest brother.

I had received this JIMU robot kit in the mail the week before and hid it until after Thanksgiving. I knew this would be a perfect project for Enoch to work on with Apollo. Both love building and creating and gave them a way to spend the time together doing an activity they both love. 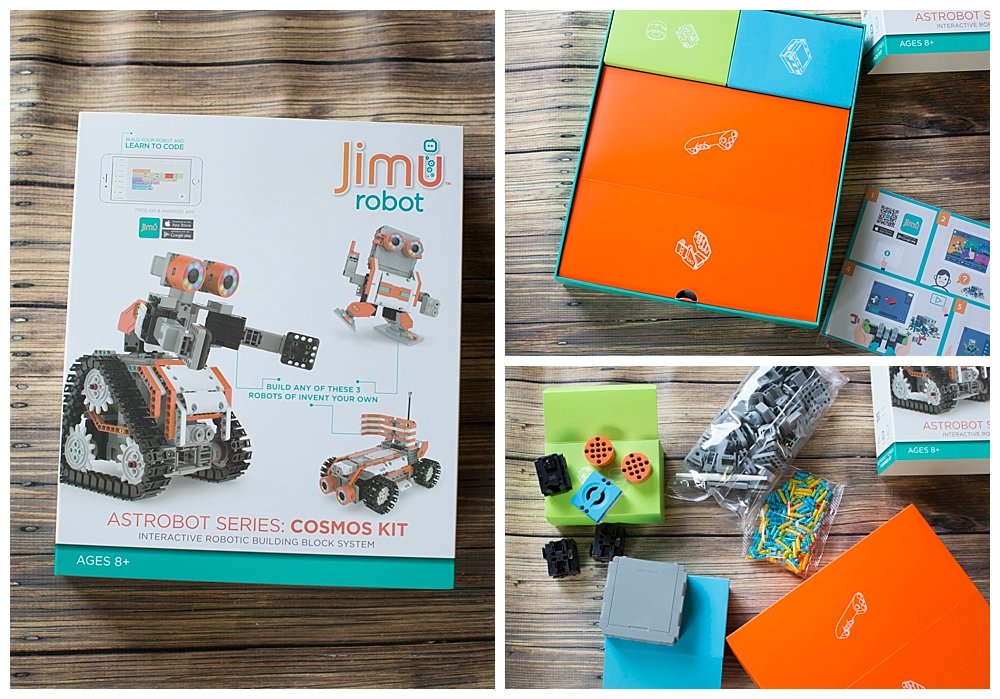 I’ll tell you what, JIMU robot has the clean, bright, minimal packaging nailed! That’s always a bonus to me. 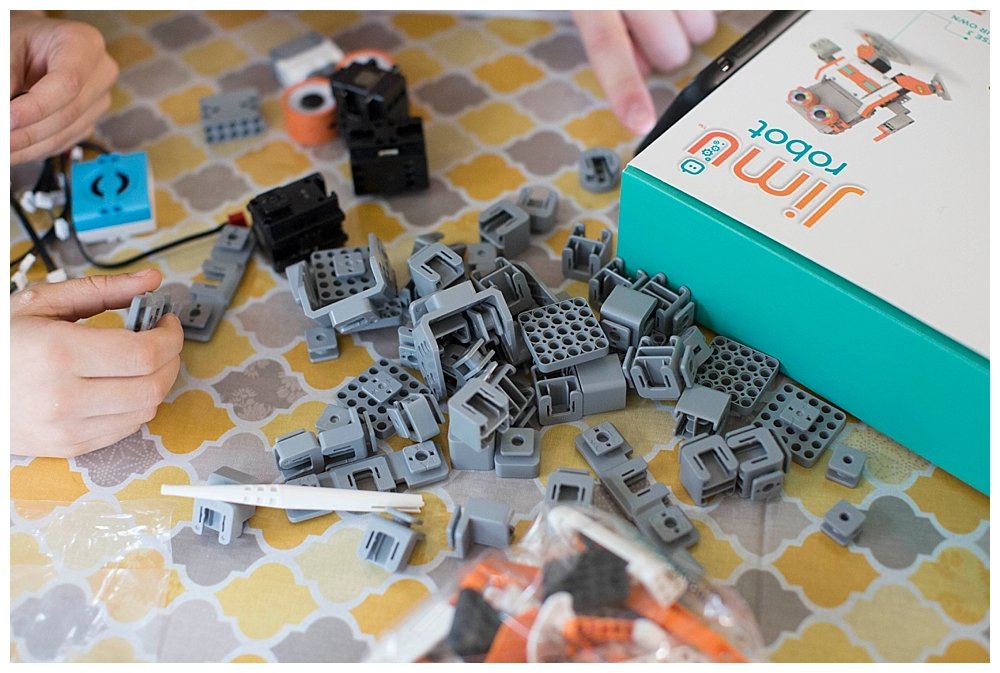 Enoch and Apollo set to work immediately on the biggest robot that the kit had instructions for. JIMU robot has a free app that you download to access instructions. This is so cool because not only do you not have to worry about losing or ripping the paper instructions, but they are actually in 3D! This makes it easier for the child to visualize how the pieces fit together. You an even zoom in and flip the pieces! 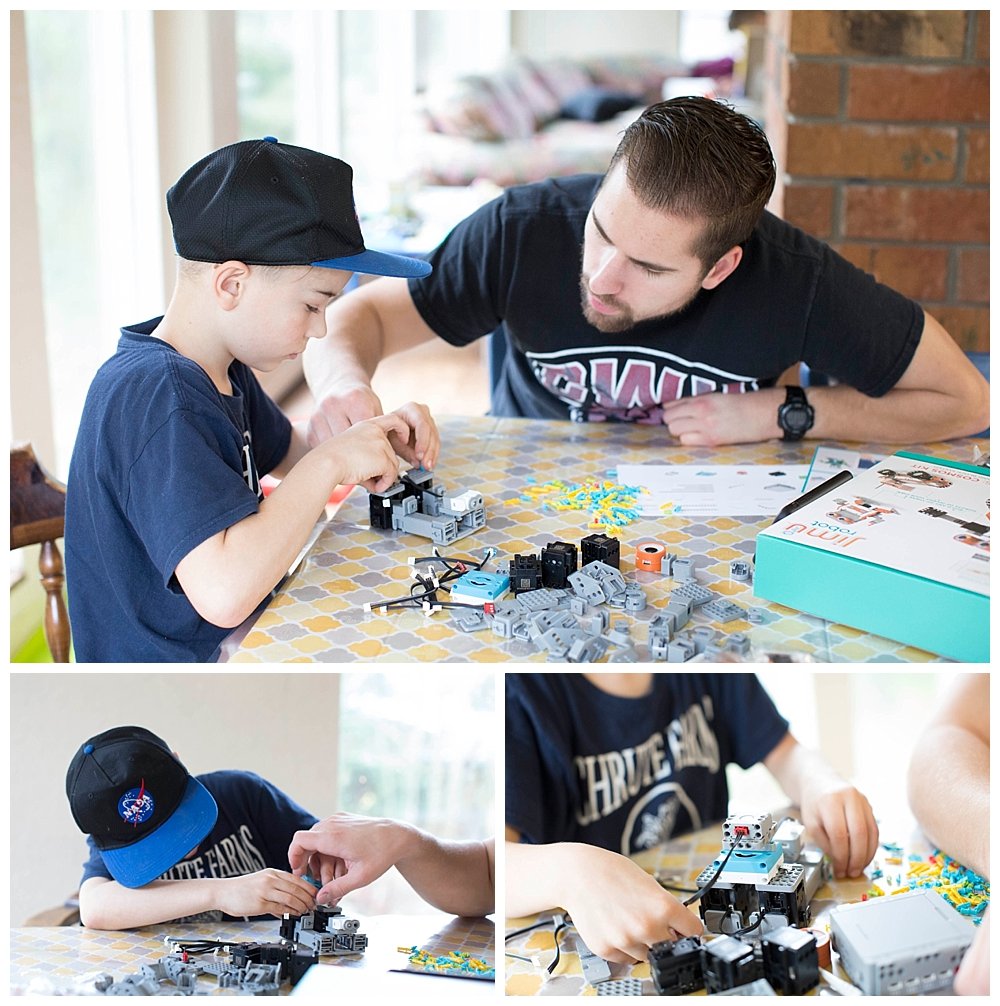 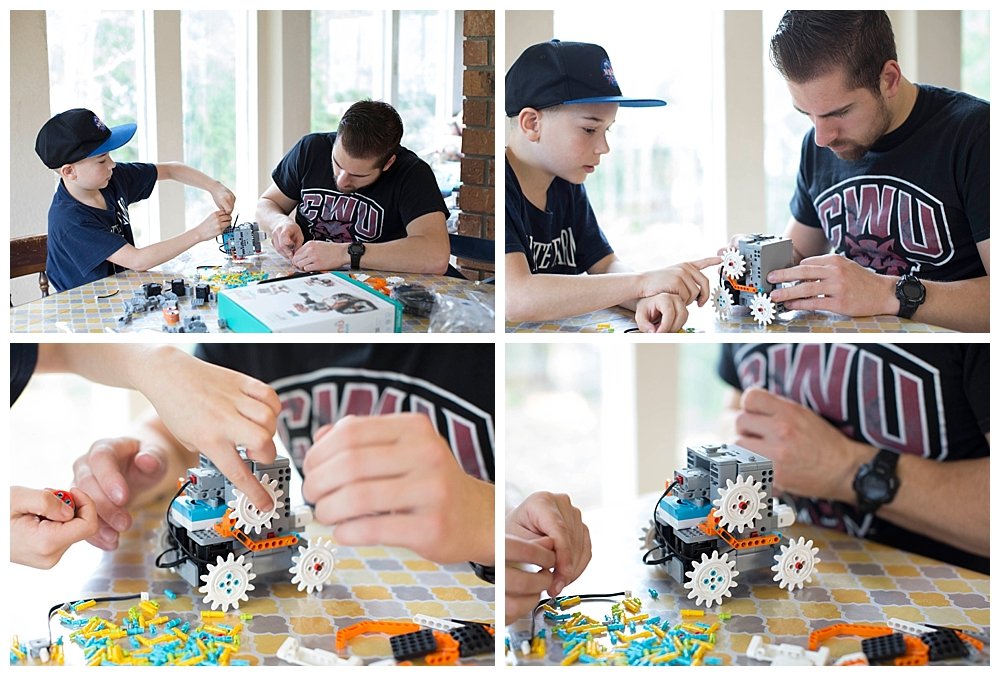 Enoch and Apollo spent a full hour putting together the robot…then it was time to play. One of the best features of JIMU robots is that after the construction kids get a gentle introduction to coding on the JIMU app. Learning about coding is built right into play with the JIMU robot. 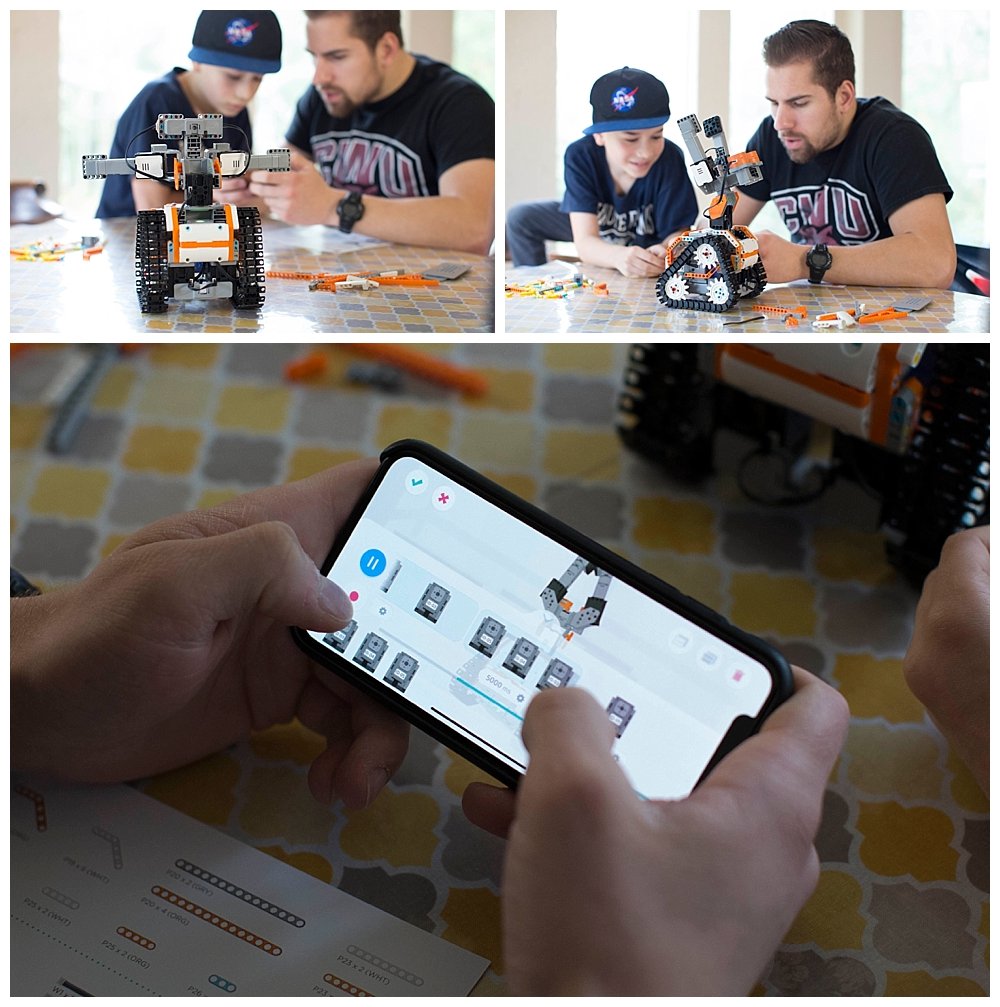 The JIMU robot app allows you to use simple coding to program the robot to move in different ways. If you read my post about Girls Who Code, you know I’m all about kids learning the basics of coding in a fun, playful way.

Just as soon as Enoch and Apollo were done putting the JIMU robot through its paces and got the basics of coding on the app down, they took it apart and decided to build their own robot creation.

While I specifically got the JIMU robot as a project for Apollo and Enoch to work on together they kept drawing a crowd. Hezekiah and Mordecai couldn’t stay away. By the end of the day they had spent five hours building, coding, and playing with the JIMU robot. 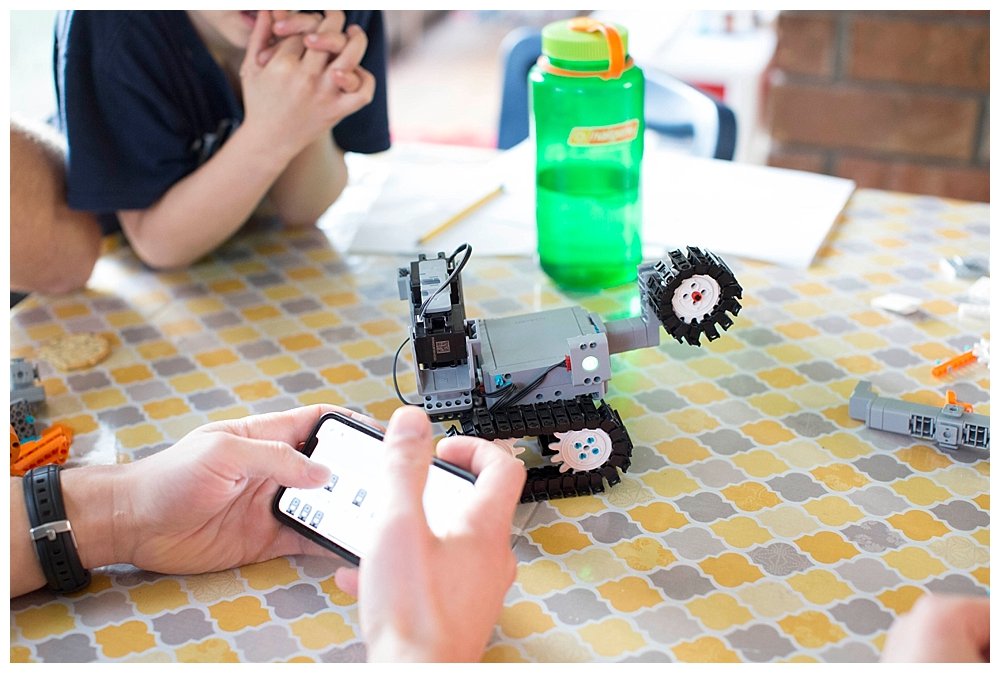 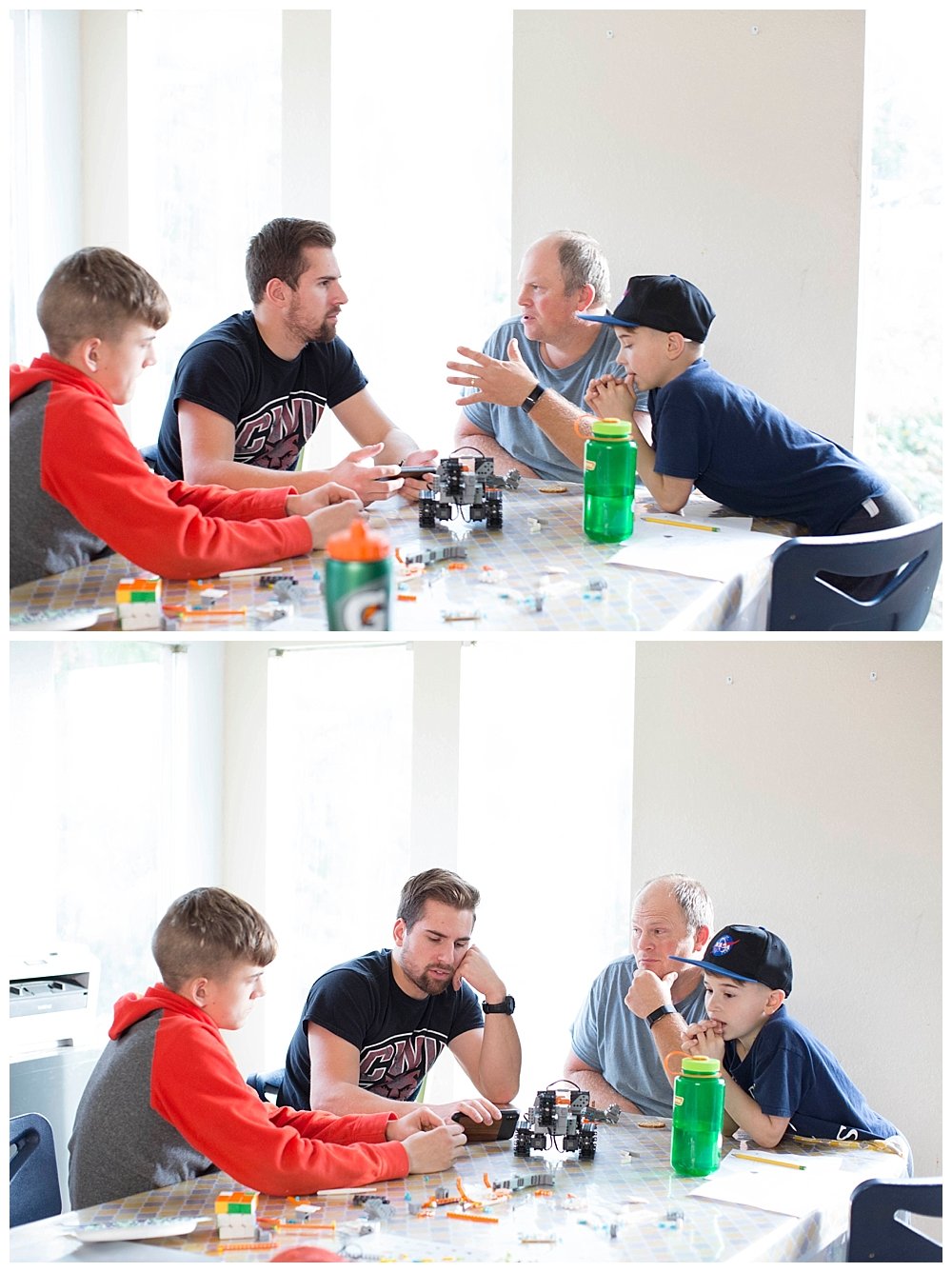 If you ever want insight into Chuck and Enoch’s relationship, these two photos sum it up pretty well.

I have bought a handful of robot kits in the past and most have led to frustration and several didn’t end up working at all. I can honestly say that JIMU robot is the best robotic kit we have owned. 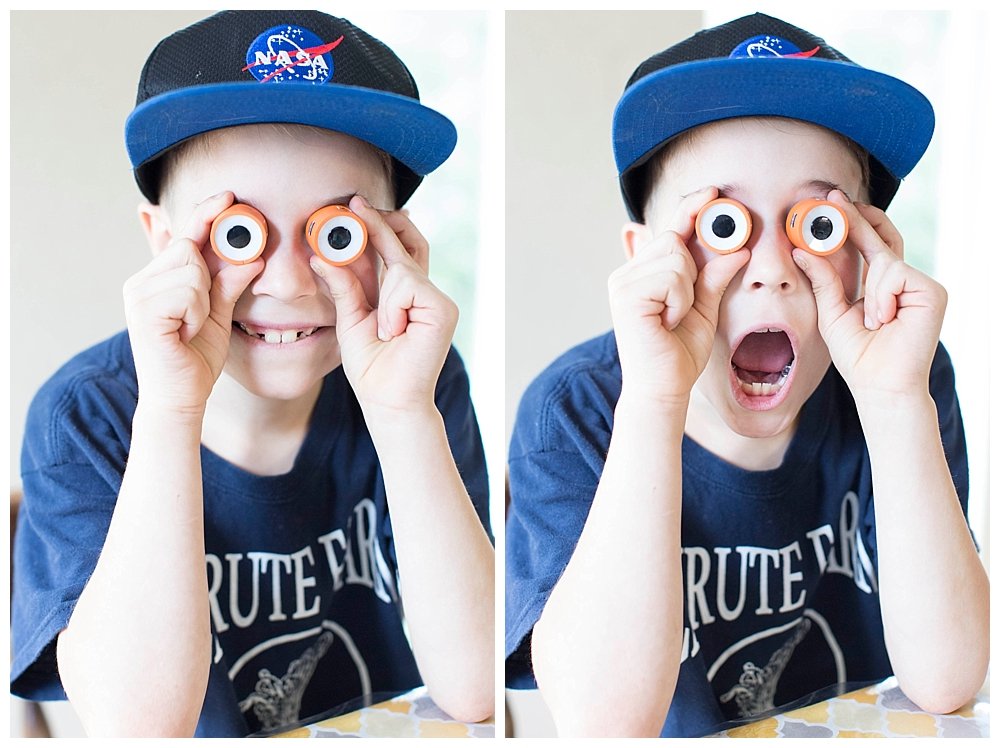 JIMU Robots are a fun way to bring robotics into kid’s day-to-day.  You kids will be learning about building and coding while playing. If you are anything like me and love open-ended toys and toys that promote STEM you will want the JIMU robot. 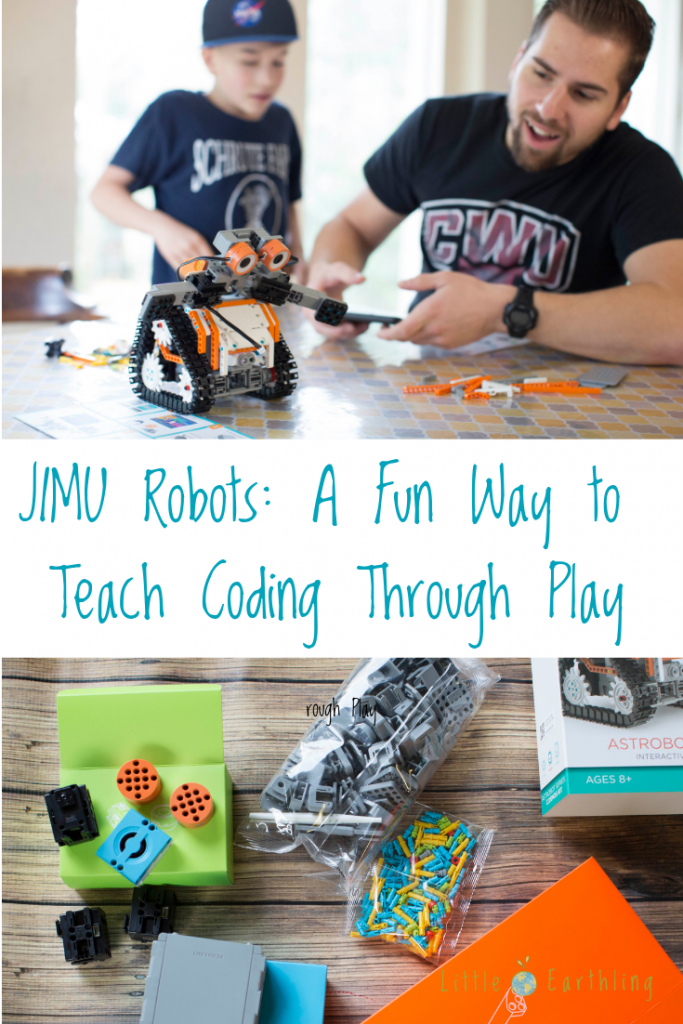 JIMU robots come in several different varieties and can be purchased at Target. The kit you see my kids playing here is the Cosmos, but Apollo is really hoping to get the UnicornBot next.

I was selected for this opportunity as a member of CLEVER and the content and opinions expressed here are all my own.