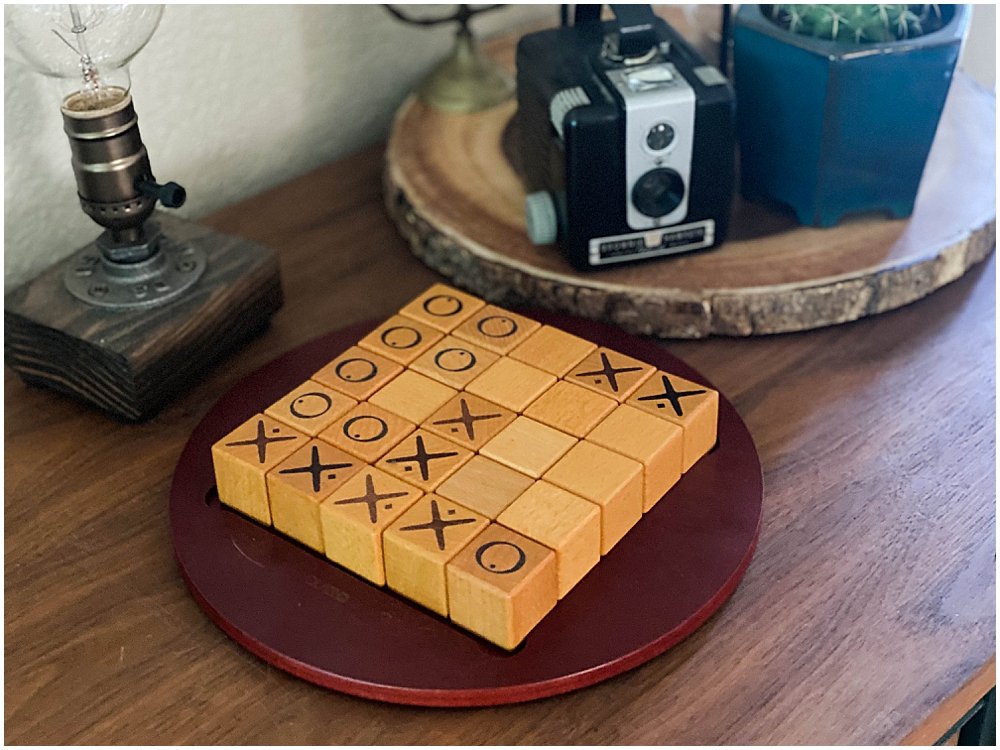 I was provided this Quixo set from Timberdoodle for review purposes. I have received no compensation for this post.

Quixo the Award-Winning Game of Strategy and Wits

As you know, we love playing games over here. Games have been an integral part of our homeschool as well as character building (nothing like sibling rivalry, sweat, and tears to make you question all of your life choices). Having two grandsons join our household this year has meant we are playing more games than ever.

Quixo is a fun strategy game that can be played with just two players, or four (in two teams). Quixo is both a Parents’ Choice Gold Award Winner and a Mensa Select Winner (1995). The game consists of twenty-five cubes each with an X on one side and an O on one side, with the remaining left blank.

Quixo is not only fun but beautiful as well. This is a game that can be proudly displayed in your home. No need to hide it away in a cardboard box.

“In Quixo, the player chooses a cube from the perimeter, places it on the opposite end of the row/column, and shifts the entire row/column until one player manages to create a 5-in-a-row to win. Because all turns result in a row/column sliding, the playing surface changes with each move.”

The game’s object is to make a line of five Xs or O’s in a row. Quixo is a bit like Tic Tac Toe or Connect Four on steroids. Not only do you have twenty-five squares instead of just nine, but since you can only take pieces from one edge and add it to the opposite edge, the line of Xs and Os is constantly shifting. You can go from winning to losing in a single turn.

As Percy, my grandson demonstrated.

Playing Quixo With a Four-Year-Old

Yes, I hate to admit this, but my four-year-old grandson has beat me at this game. I totally thought I was winning…I had it in the bag. And before I knew it, Percy announced that he had won. And indeed, he had. Yes, I was bested at a strategy game by a mere toddler.

This game takes only minutes to learn and while it is recommended for ages 8 and up, some younger kids will also be able to play it.

This game has been a lovely addition to our collection both in terms of aesthetic and fun playing. I highly recommend it to any family who enjoys playing games.

For more great game suggestions check out: The Best Board Games for Families