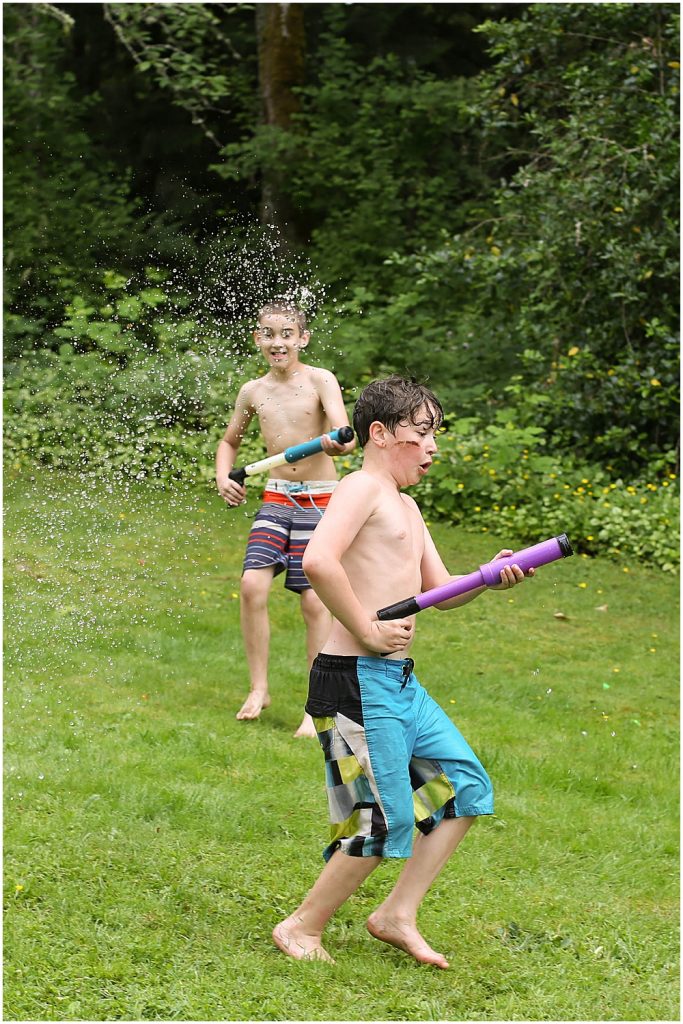 We just had our second social distancing birthday (lucky for us, March and April are birthday-free months in our large family). Apollo had plans for a BIG party with tons of friends, but 2020 had other ideas.

In the end, Apollo had just two friends over, both people we have seen since moving into Stage 2. All snacks were pre-packaged. We held the party outdoors and stocked up on water guns*, and water balloons. While it wasn’t exactly hot, it was at least warm enough to have a massive water fight.

Frodo, as usual, was convinced the party was all about him. As a labradoodle, he has a love of water that borders on obsession. He will stand at our water hose and bark until someing turns it on for him.

Frodo thinks being sprayed in the face with a water hose is more fun than stealing sticks of butter off the counter.

These Stream Machine water guns are the best! There are no tiny parts to break, they have a stream that shoots 40 feet, and are perfect for pools too. They come in three different sizes and we prefer the 17-inch. The 29-inch size is too big to handle easily (even for a teen or adult). The small works great and shoots up to 40 feet, but of course, hold less water. As Goldilocks said, the middle 17-inch size is just right.

Fun can be had during a pandemic.

Two friends are enough for an awesome party.

And somehow, we have made it through half of 2020. May the odds be ever in your favor.