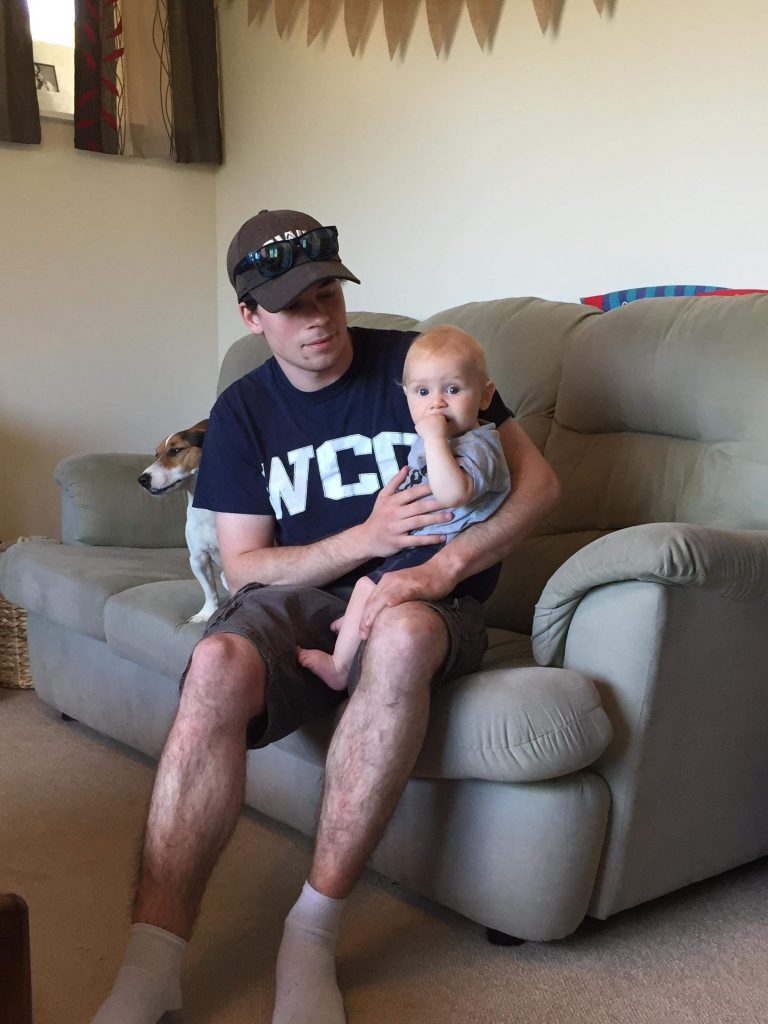 I’m not sure if I have mentioned it here on my blog, but Chuck and Apollo are off on a Grand Adventure in New Zealand. Now that we have the three cutest grandsons in the world, Chuck and I are trying to make sure we each get to New Zealand once a year. Complicated family dynamics mean we take turns going. One of these days we’ll go together…but for now, we tag team.

Tilly, Apollo, and Abel headed off for an adventure at the beach.

Chuck and Abel (7 months). I sent Chuck a message last week saying it looked like he was having a lot of fun. He responded with, “I am having a blast but the best part is Abel”.

And no, he’s not playing favorites, he just hadn’t headed south visit Adalia and her family yet.

Judah is also in New Zealand. He was hoping to travel over with Chuck and Apollo, but the timing didn’t work (time off work for Judah) so he headed over a week later. They met up long enough to go to Hobbiton together and spend a few days with Tilly and Jared together.

Abel climbing his first tree with the help of Uncle Judah. Clearly, he loves it!

Chuck holding Monty. Monty was born on his daddy’s birthday in August 2019. He has big blue eyes and got his first tooth at only three months old! At five months he now has six teeth. He appears to be an over-achiever.

Chuck gave Percy his first set of LEGO bricks. Got to get them started when they are young!

Apollo and Percy are having a great time together. It is hard to beat having an uncle who’s still a kid…

Abel being adorable. As usual.

These are all just photos I snagged off of Facebook. I will be sharing billions more when they are back and I have access to Chuck’s camera.

There is a squirrel who lives in this tree and Frodo can see him out our window. He will often bark so we let him out so he can chase it. The squirrel has the distinct advantage of being able to climb a tree. I am just happy for the free entertainment for Fodo.

While we have had some snow this winter we have also had plenty of warm (for winter) weather. The temps have been in the high forties and low fifties. Sunday we got out and enjoyed the sunshine at a nearby hiking trail.

Well, that’s my update for now. I have some fun recipes and content coming up, so stay tuned.