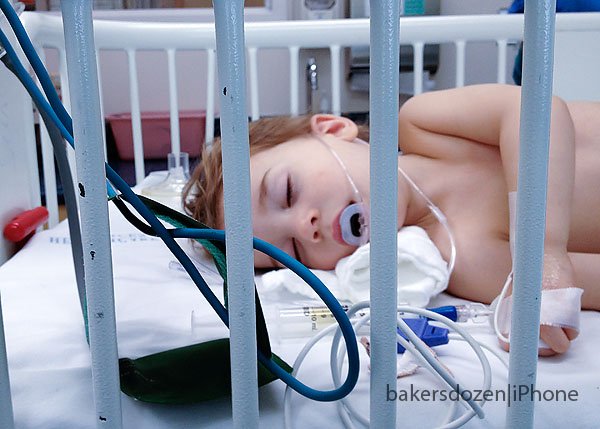 I won’t leave you in suspense. Before I go into the details of our trip, Apollo got his diagnosis. He has a vascular ring and specifically a double aortic arch. It is exactly what we suspected, but had to push so very hard to get a doctor to test for. Sharp blog reader, Lorrie, first brought this to our attention probably six months ago. Her son has the very same rare birth defect and was TEN YEARS OLD before he was diagnosed. Lorrie, feel free to leave a link to your post in the comments if you like.

Now on to our trip. 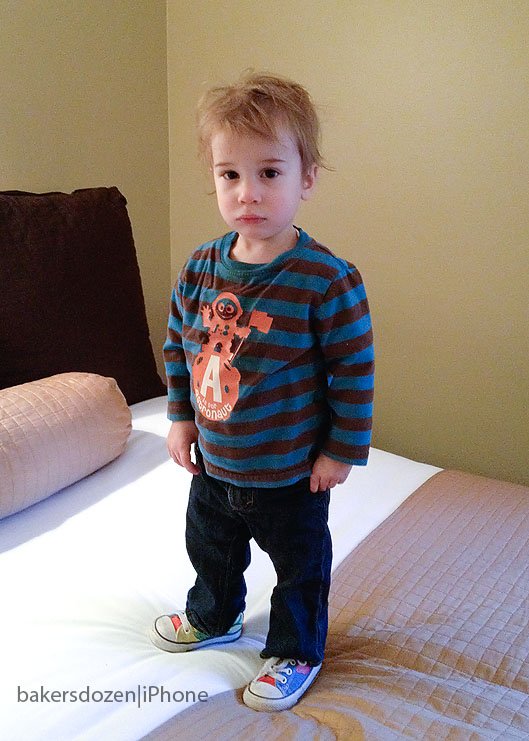 Traveling to Seattle in the Snow

As I said yesterday, we headed down to Seattle Tuesday night because we were determined not to miss this appointment that we had pushed so hard to get. I am so thankful for my mom who braved the snow, came out to the house and spent the night with ten children so we could go a day early. Thank you mom! 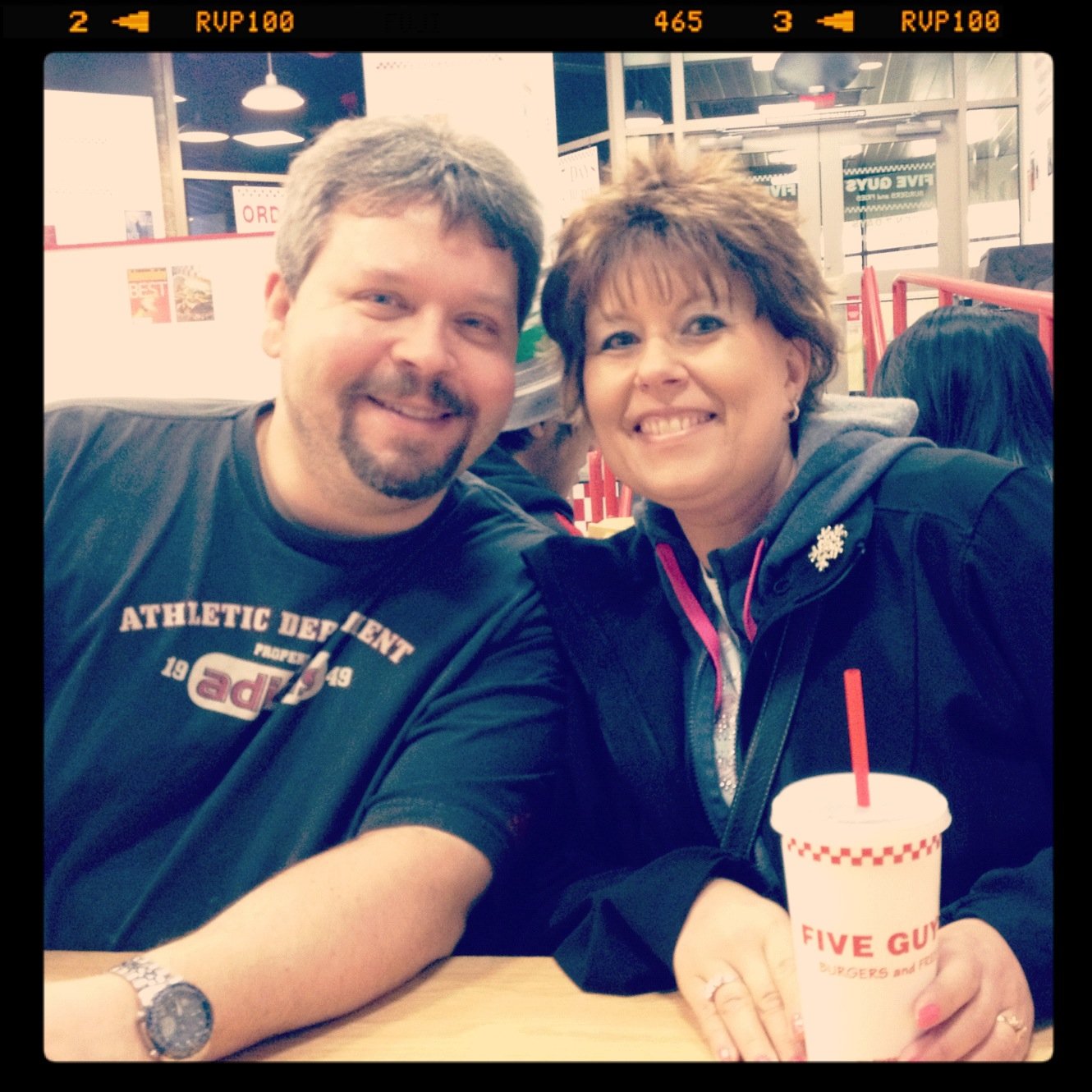 In some strange, cosmic coincidence, my brother and sister-in-law from Alaska are in Seattle right now as Laura gets treated for cancer. How strange that our medical needs would coincide like that. It gave us the opportunity to meet up with them. Laura got to meet Apollo for the first time. Neale and Laura will be down here several months as she receives treatment. Please pray for them. They had to leave their three children (ages 12, 13 and 20) in Alaska while they attend school and work. 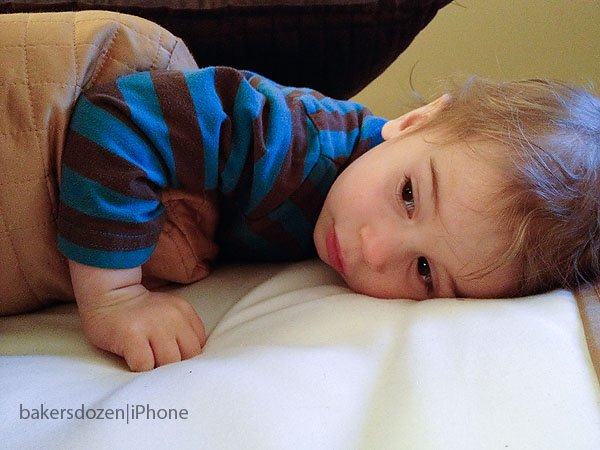 Early Morning Wake Up and Hungry

Apollo had a very rough morning. We woke him up at 5:30 am, the last time he could eat solid food. Being Apollo, he barely ate anything. I was soon regretting the decision to wake him. But I also knew I would have regretted not trying to feed him if I just let him sleep. He did a lot of crying in our hotel room as he asked for food and to nurse and we had to say no. He did take an hour and a half long nap and then pretty much cried until we left for the hospital. 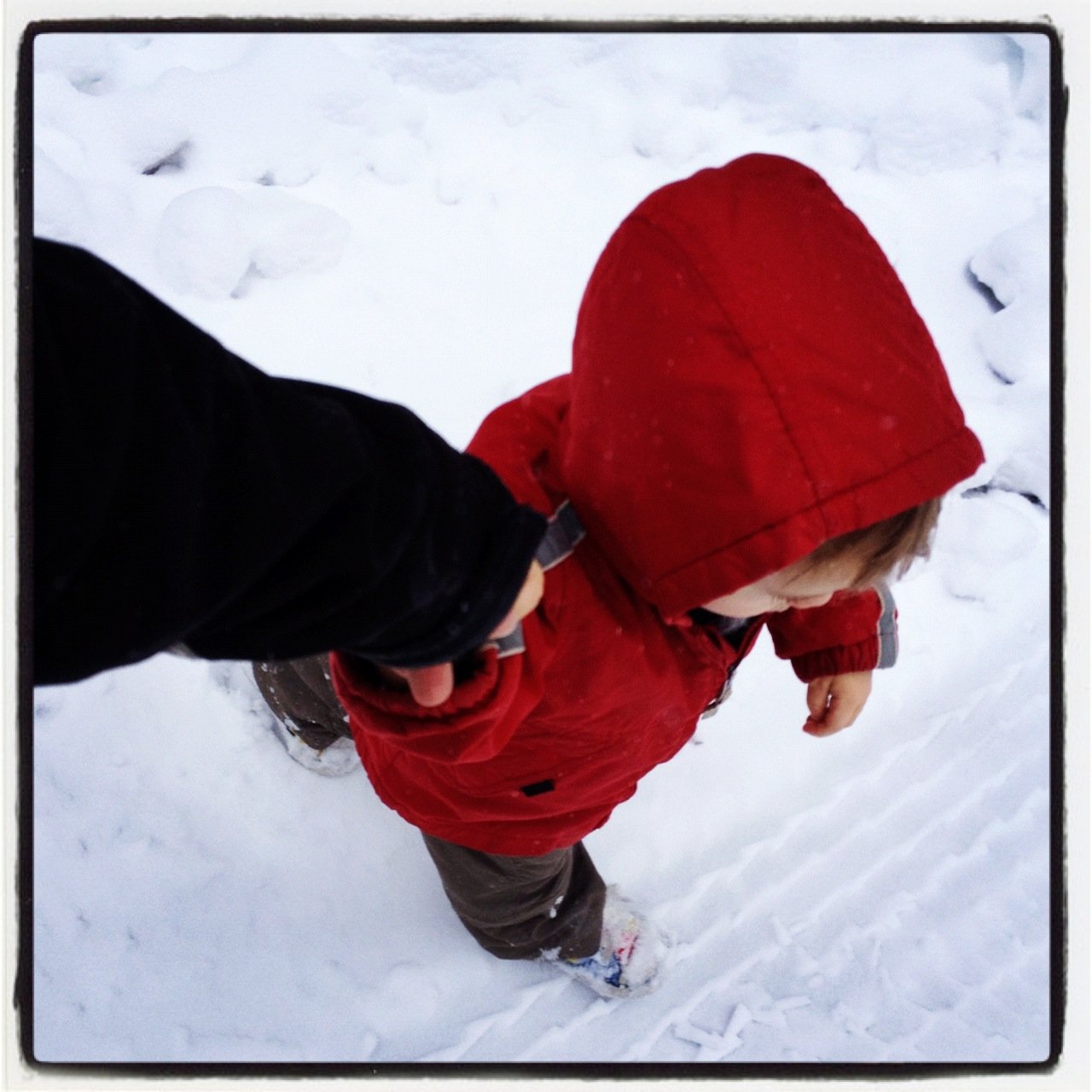 He did enjoy the novelty of a walk in the snow as Chuck checked us out of the hotel. 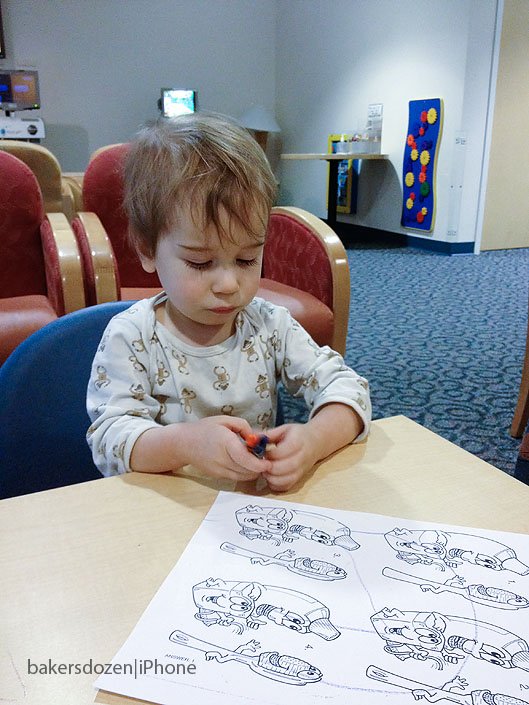 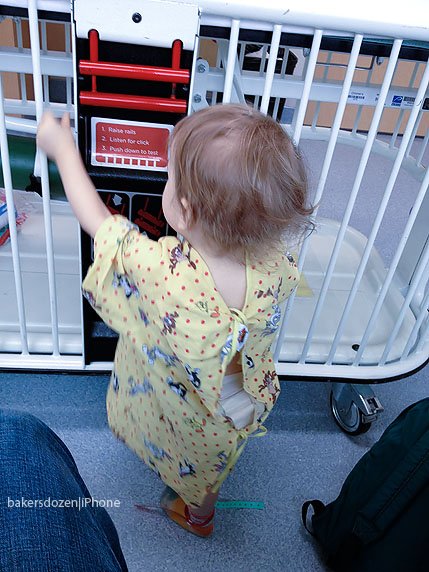 Waiting Forever for the MRI

They put the identification bracelets on his foot and then we didn’t see anyone again for an hour…I mean no one. Not a nurse, not the anesthesiologist. No one explained how we were going to proceed.

At 12:35 I walked out into the hall and let them know we had been in the room for more than an hour, no one had talked to us yet and we wanted to know what was going to happen. I wasn’t rude, just assertive. No more sitting around and being the “model patient” for me.

At 12:40 a nurse practitioner was in the room, telling me they were behind because of the weather. Okay, but they need to let us know. And  there was no reason to have Apollo in that tiny room with no distractions instead of in the equally empty waiting room. If it was me or Chuck, no big deal. But we had an 18 month old who hadn’t eaten since 5:30 am! She explained what was going to happen and took his  history.

At that point I wanted to cry with relief. I was so afraid they were going to do the MRI and say everything looked fine…and I knew everything was not fine. And then I felt guilty for being happy that they found something. Who’s happy that the doctor’s find something wrong with your child? Sometimes being a mom is really hard. 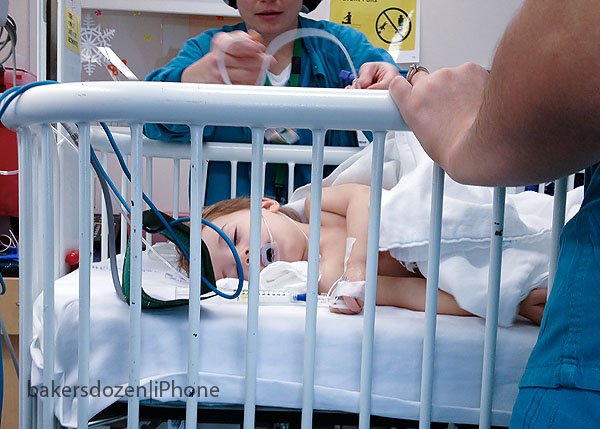 At 2:20 they wheeled him back into the room. I immediately noticed the airway in his mouth (it was a small one, just about he length of my pointer finger, it just held his tongue down and opened the top of his airway). The nurse said they had to put it in because as they were doing the MRI he would start thrashing around “like he couldn’t breathe“.  Oh. My. This is my son who thrashes around at night like he’s in a boxing match. I’ve suspect for months his sleep issues were related to his inability to breathe easily. 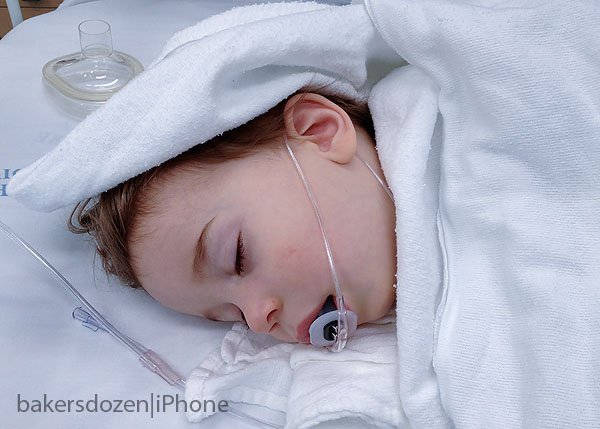 I asked when we would find out the results from the MRI. We were told use the results should be in by that afternoon, blah, blah, blah. At one point I asked Chuck if he was going to tackle the anesthesiologist or was I? She knew the problem, after all.

As it turned out, neither of us needed to accost her, because the cardiologist who helped read the MRI walked in. He introduced himself and said they found something but it was “complicated”. Apollo would need more testing, he needed to see a cardiologist. “Right now I’m wearing my radiologist’s hat, but I should put on my cardiologist’s hat” he said. Finally,  finally he said, “he has something called a vascular ring”. He talked about that for a bit and I asked what type and he said a double aortic arch. He was surprised we had heard of either. It is a very rare heart defect. He said he would require surgery, but because the heart developed this way, he may not have a normal sized airway. It might have developed small because of the vascular ring.

He was very surprised we were there for an MRI at all. He said he’s never seen a patient get an MRI for a vascular ring without it being ordered by a cardiologist. “It is highly unusual that he hasn’t seen one yet.” In other words, our persistence, and our doctor’s willingness to order the MRI himself, just shaved weeks, maybe months off of Apollo’s suffering. Apollo is now listed as a heart patient who needs treatment. The cardiologist said there were a lot of things that needed to happen “behind the scenes” and that he would get them moving. The surgeons would meet with the pulmonologist who would meet with the cardiologist (whenever Apollo sees one). “These things need to happen anyway, and I’ll get working on them” he said. He tried to arrange for us to see one right then, but because of the weather they had only  a “skeleton crew” working. He asked to examine Apollo (who was still sleeping) and we were more than happy to let him. Once Apollo woke up and wanted to nurse, the cardiologist left and called our doctor right then. Unfortunately, his office was also closed due to the weather. But here is a doctor, a cardiologist, who feels just as urgent as we do!

While we know Apollo has a double aortic arch, we don’t know about his specifically (hence the need for more tests). I won’t go into all the possibilities, but there are definitely better and worse ways to have a double aortic arch. We will be spending a lot of time in Seattle seeing doctors and having tests. And it will culminate in (closed) heart surgery to repair the defect.

I asked the cardiologist how many vascular rings they operate on per year at Seattle Children’s and after hemming and hawing for a bit and saying “I don’t want to quote you the wrong number” he finally said, “It’s not in the double digits”.

Thank you so much for your thoughts and prayers. I have more to say, but I’ll save it for another post (this one is long enough). If you have questions, feel free to ask and I will try to answer in my next post.

For those of you interested in learning more here are some resources:

And for those of who aren’t faint of heart, here’s a video of the repair of a vascular ring.