I hate seeing movies in the movie theater. I would much rather be cozied up in my own house, in my own pajamas, sipping my favorite kombucha. But every once in a while a movie comes out that compels me to leave my cozy couch and pony up the extra money to see a movie in the theater.

This weekend that movie was Wonder. 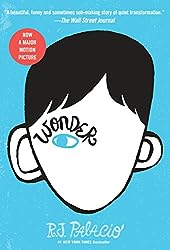 My kids brought the book Wonder home from school a couple of years ago. I know we are all told not to judge a book by its cover but let’s be honest. A compelling cover is often what leads us to pick up the book in the first place. Such was the case with Wonder. I was intrigued by the cover so I picked it up and read.

Wonder tells the story of August Pullman (Auggie) who is attending school for the very first time at age ten. While this may not be an unusual experience Auggie is no ordinary boy.

Author R.J. Palacio never says exactly what syndrome main character Auggie has (she describes his facial differences), but I immediately recognized the description as being Treacher Collins Syndrome. I was familiar with this because for years I have followed Ally at Our Oregon Adventures on Instagram. I first found Ally because I was searching hashtags about feeding tubes and her son, Nolan, who is about a year younger than Apollo, had a feeding tube. He also has Treacher Collin’s Syndrome.

Ally is an advocate for her son (a child who has been the target of online bullying because of his facial differences) and runs a YouTube Channel (Ally D. Minimally).

Not long after I started following Ally, I watched a documentary, Love Me Love My Face, about Jono Lancaster an amazing man who also has Treacher Collin’s and is determined to change the way the world sees people with facial differences. 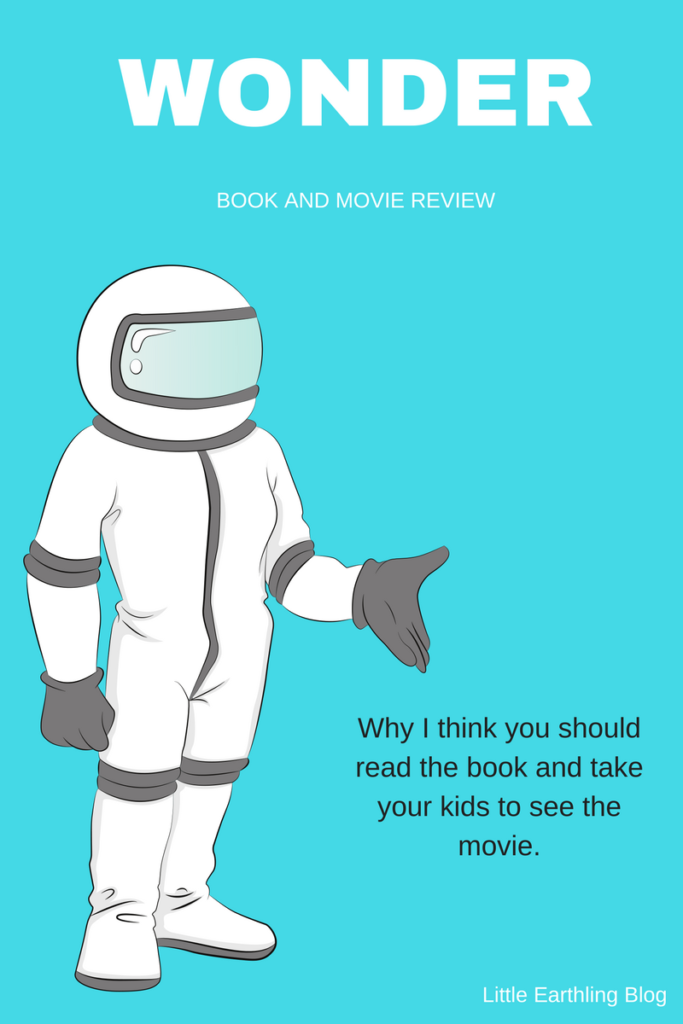 I was excited to see this book was being made into a movie. Saturday I took Jubilee, Avi, Tucker, and Apollo to see Wonder in the movie theater. Here are my thoughts about the movie and why I think you should go see it.

1. Kids need to know and be taught (by example) to accept people with differences.

In my post, The Gift of Special Needs, I wrote about what a gift it is to my typical children to get to spend time with people with special needs. Not because we are doing those with special needs any favors, but because my kids are getting the opportunity to see these people as people. People who love pizza and LEGO and books and toys.

2. I want my money to be supporting films like this.

One reason I took my kids to see this in the theater is I want to give my money to movies like this. I want Hollywood to see that there is absolutely a market for movies like Wonder.

While this movie has a happy ending and is inspiring, it didn’t sugar coat the hard stuff. Auggie ends up being friends with some of the kids who formerly picked on him but not all of them. Sometimes jerks are just jerks. The unfortunate reality is, some people never change. 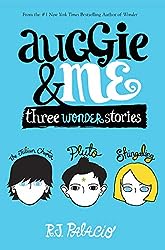 Tucker really enjoyed both the movie and book. When I was discussing the use of different narrators with him he said, “That’s why I like the book Auggie and Me even better. It tells the story from Julian, Christopher, and Charlotte’s point of view so you understand them too”.

So obviously this literary technique worked for him, if not for me.

My one complaint about the movie Wonder.

My one complaint about the movie would be this. There was a fair bit of controversy when they used a typical child (rather than one with Treacher Collins) to play the part of Auggie. While I understand the reasoning behind the casting choice (there were no trained/experienced actors with Treacher Collins- which I would argue is its own issues but I’m not going to delve into that today) and Jacob Trembly did a fabulous job I feel like the makeup could have been…better? I’m not sure what the word is I’m looking for…While the makeup on Jacob Trembly made him look different…and even like someone with Treacher Collins, he looked like someone rather mildly affected. I feel like the Auggie described in the book is more disfigured than the Jacob Trembly’s version but if you watched Ally and Nolan’s video below you can see that they are happy with Trembly’s casting so who am I to argue?

Basically, Hollywood has a ways to go but at least they are making an effort. I do think both the book and movie are worth your time.

For another perspective on this read What “Wonder” Gets Wrong About Disfigurement and Craniofacial Disorders on Teen Vogue.

Have you seen the movie or read the book? Do you plan to?

2 thoughts on “Wonder Book and Movie Review: Why You Should See the Movie”