Well, my friends, I leave for New Zealand in nine days, for the birth of my second grandchild. The past few weeks have been filled with tasks that need to be done before I skip the country for three weeks. Fun things like filling my freezer with meals and making sure Chuck knows the location of all the insurance cards, important documents, and bills. And, the most fun of all? Proving to the Social Security office that my sixteen-year-old son does, indeed, exist. 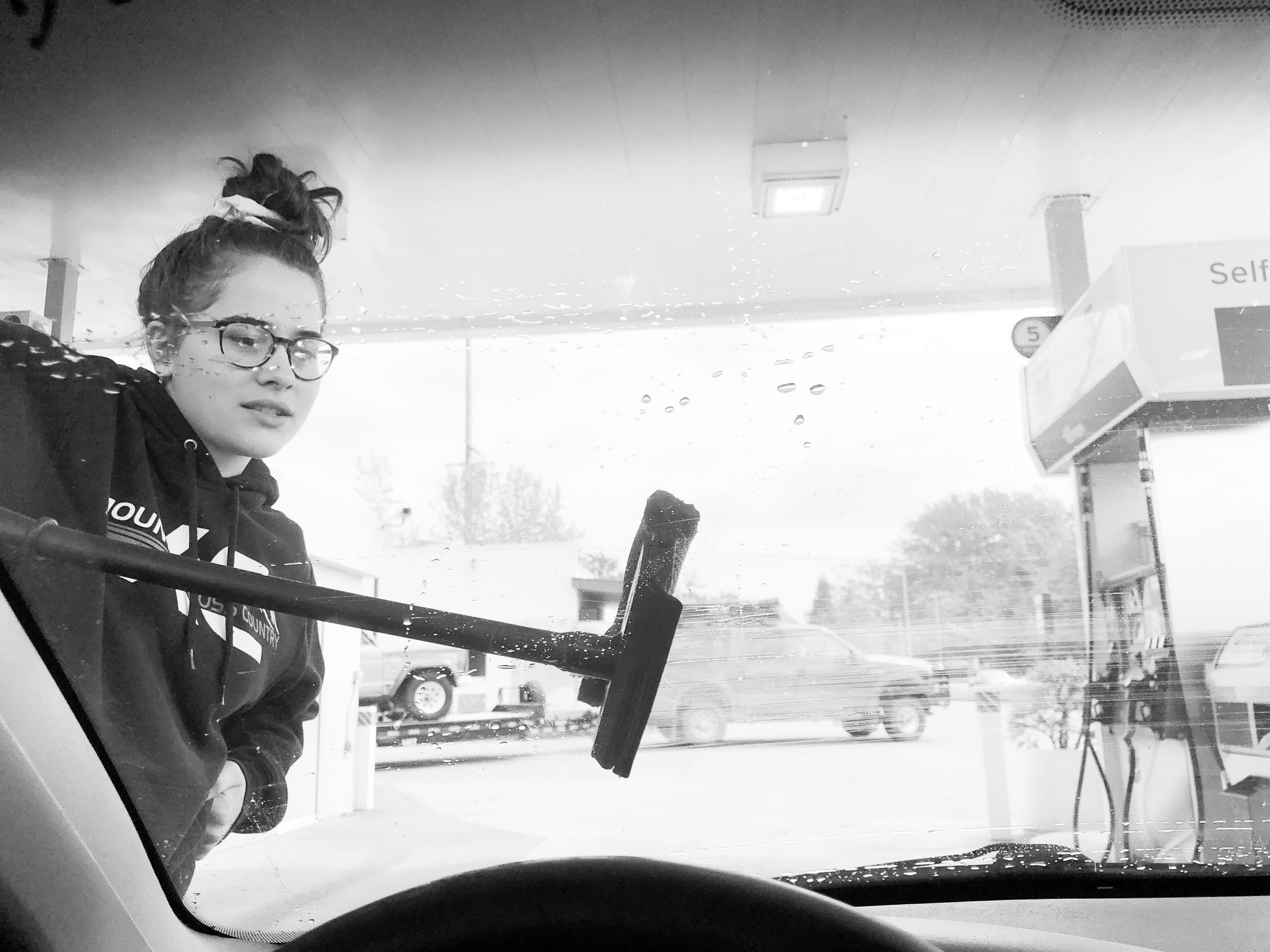 Long, long ago, in a Social Security office far, far away, Chuck and I took our newly adopted baby to do something…neither of us remembers what.* The culmination of the meeting was the employee taking away his card, insisting we needed a new one. She went on and on about him being adopted and if we didn’t get a different card, or number, or something he might find out he was adopted (?). We insisted that wasn’t a problem, she insisted harder, taking the card and assuring us a new one would be sent in the mail within two weeks.

*It couldn’t have been to get a card with his new name…that would have made sense and it didn’t make sense.

The kids cleared out the firepit and we have been enjoying it frequently.

Life was busy. I had seven kids under the age of seven and two were infants. In the past sixteen years we’ve never needed the card but have used the number for our taxes and other Adult-y type things. The lack of the actual card has never been an issue until now.

Chuck really wants to take the kids on a Great Canadian Road Trip while I am off partying in New Zealand. Cool.

My son is now sixteen and needs either a passport or enhanced ID to cross the border. I have been working on getting the ID for the entire month of May. Turns out he needs that social security card to prove who he is.

Last Thursday I went to the Social Security office to request a new card. I took this birth certificate and adoption decree. Turns out, that doesn’t prove who he is. They wanted a photo ID. Except I need the card to get him a photo ID.  They gave me the option of getting the school or doctor’s office to write (on Official Letterhead) his full name, birthdate, and all kinds of Offical Stuff to prove who he is. It just so happened I was heading to the doctor’s office the next morning with Apollo. Perfect. 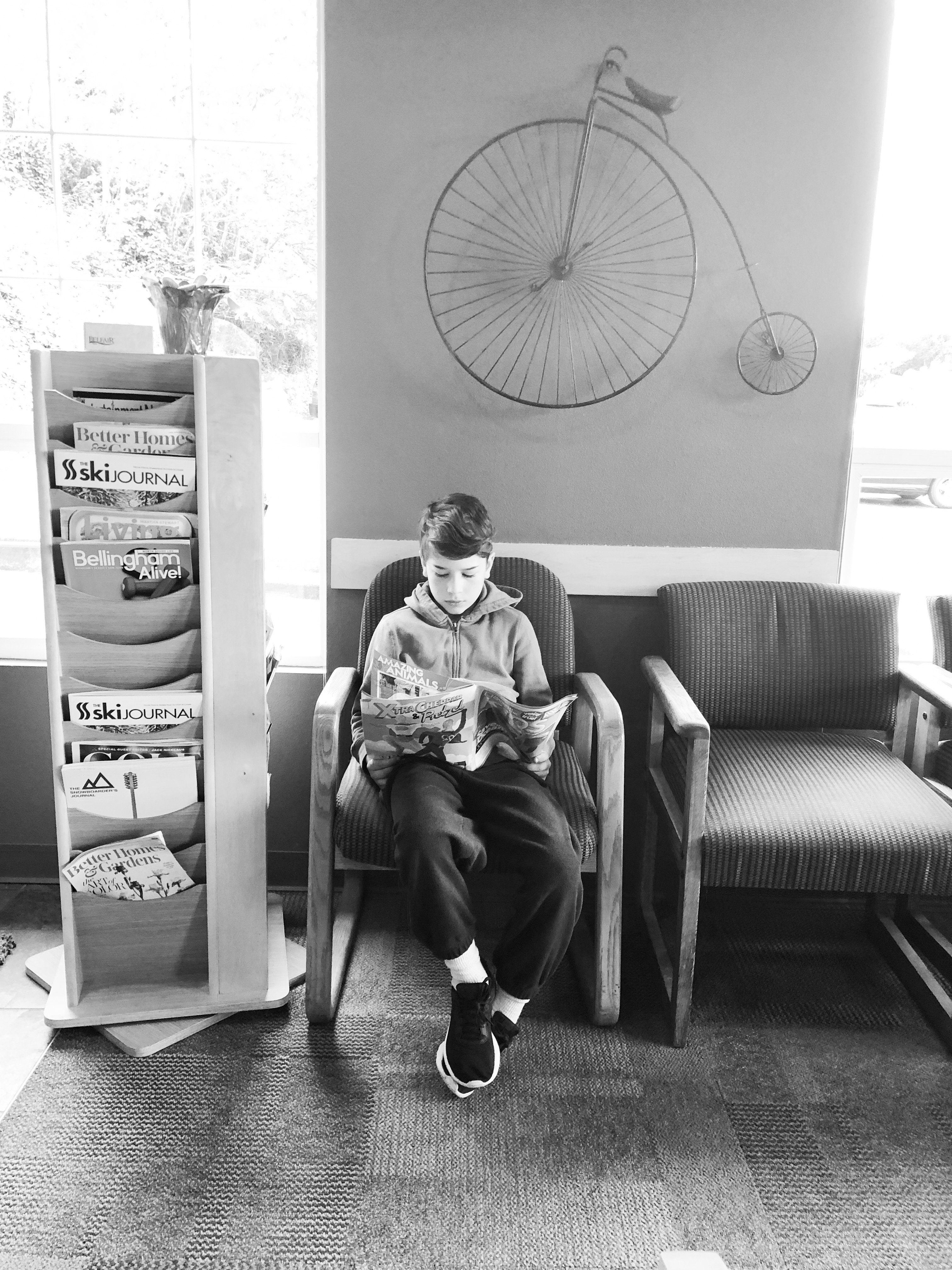 Apollo in the waiting room

Perfect, perhaps, if a certain teen didn’t cut her finger open and need stitches at 9:00 pm that night. I was putting Apollo to bed but Chuck begged off (saying he needed to get to work the next morning) so a Bright and Cheerful Spirit, I headed off to the ER at 9:30 pm. You know how much I love to be out at night. And then, my most beautifully dramatic child, among other things, announced (quite loudly) that she had AIDS as she bled all over the ER.

Thank God she does not have AIDS.

I tried to explain why we don’t announce that we have AIDS (true or not) while bleeding. She didn’t care.

We got home around 12:30 am. I was up bright and early the next morning to get my cherubs off to school and take Apollo to the doctor at 9:00 am. I requested the paper proving my son was indeed real.

We have a new doctor. He has never seen or met my son but was nice enough to agree to write a statement saying he does in fact exist and he is a patient of his.

After the appointment, I drove Apollo out to school then headed back into the Social Security office with the application for a replacement card, birth certificate, and note from the doctor in hand.

But, the employee rejected the application insisting my son needed to sign it since he is sixteen. But the instructions on the very piece of paper he handed me said this:

WHO CAN SIGN THE APPLICATION? If you are age 18 or older and are physically and mentally capable of reading and completing the application, you must sign in item 17. If you are under age 18, you may either sign yourself, or a parent or legal guardian may sign for you.

I knew there was no use arguing with a disgruntled government employee, so I headed home, determined to try again on Monday. I am no fool and Monday I went back in armed with a copy of the application signed by my son and another copy signed by me.

I handed over the copy my son had signed…and the employee insisted I needed to sign it too. There was no spot for a second signature, so she asked me to squeeze my name into the same box. Now, all we need to do is to wait two weeks, then go apply for an enhanced ID and hope it arrives before the Great Canadian Roadtrip. 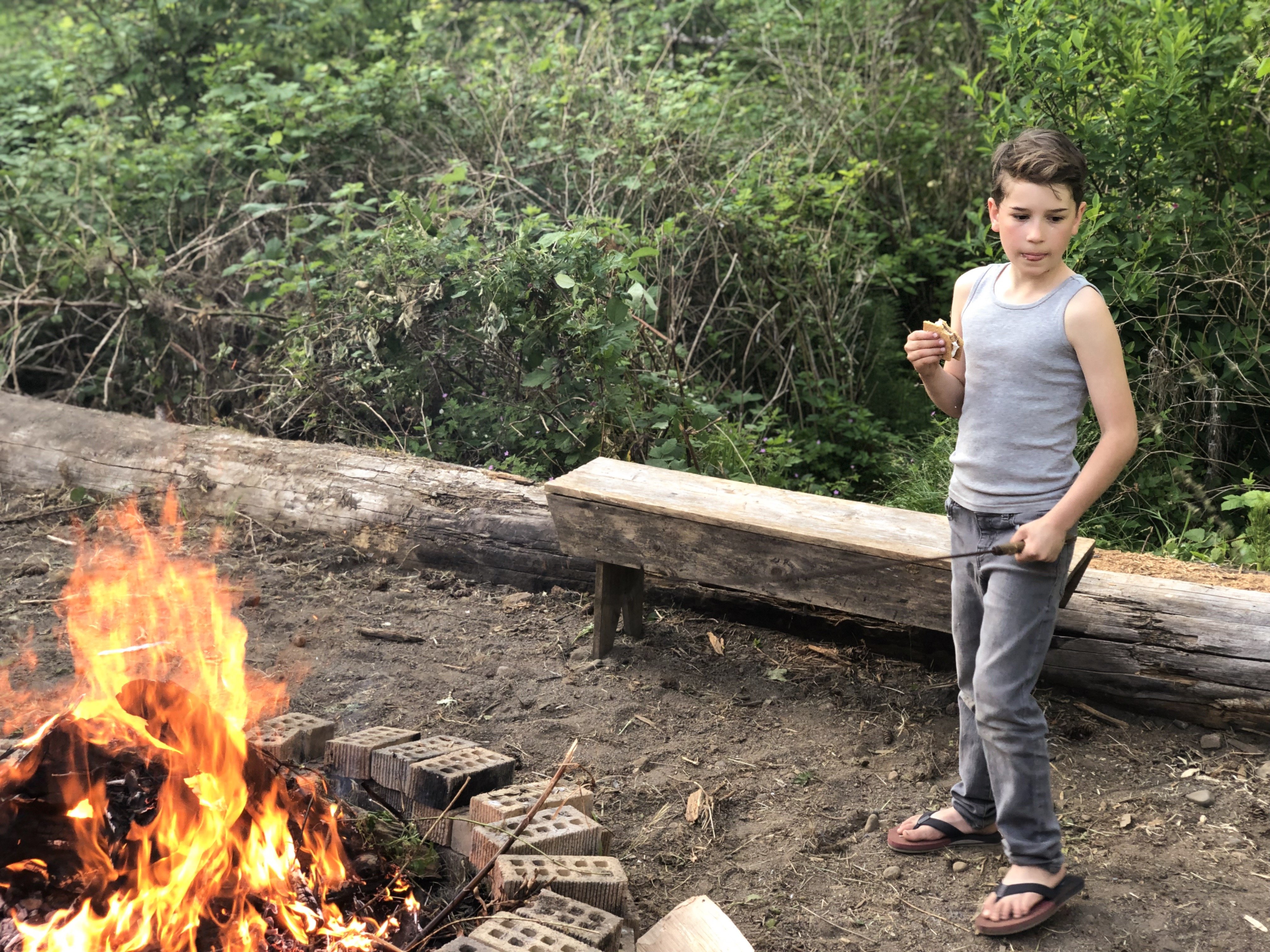 Also, my debit card broke and my chip no longer works, so I have had to request a new one and am hoping against hope it arrives before my departure because somehow I don’t think taking a broken debit card to a foreign county is going to work out for me.