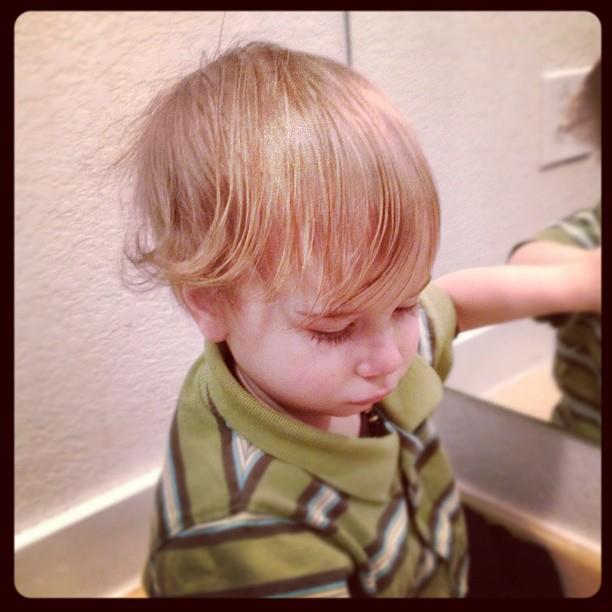 Apollo turned 19 months on the 26th…I somehow missed the actual day. Last month was obviously a big one. Finally finding the answers to his ongoing health issues and being diagnosed with a congenital heart defect. Chuck and I feel equal parts relief and terror. I am still blown away that he could have a heart defect and chronic health issues and still have it take a year of doctor’s visits to find an answer…at least now we’re one the road to recovery.

Tomorrow Apollo goes down to Seattle for an ECHO and a visit to his pulmonologist. We finally have a surgery date: March 7th. We will go down on the 6th for a day of appointments (consultations, pre-op work and meeting the anesthesiologist).  I was told “most kids” having this surgery stay from 5-7 days…but also have heard of kids being released after two days. Chuck took from the 6-9th off work, so hospital or home he’ll be around to help. 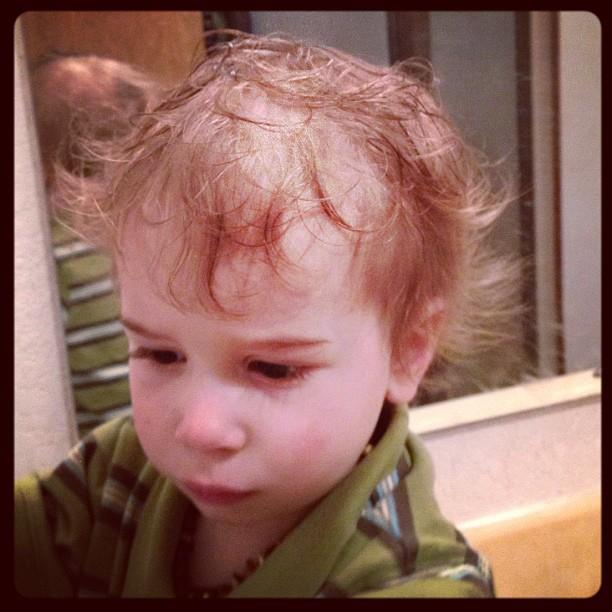 Apollo is talking like crazy. He regularly puts two words together and has even put a couple of three word sentences together. He says, “Mama do” if I  try to get someone else to read to him when he wants me (he will also say, “Enoch do” or whoever he wants at the moment). At Great Wolf Lodge he said, “More chips bowl”. He says “Eggs ham” to get us to read Green Eggs and Ham. Last night he had a doll and was saying “Rock baby”.

He has learned to ride his little bike…the day I bought it he could only go backwards. Now he goes all over and steers. He will pretend to go to work by saying “Bye-bye” then coming over and saying “kiss” then kisses me, says “hug” then hugs me, then says “hands” and shakes both of my hands! Then he rides off to “work”. I have no idea where he picked up the handshaking thing.

He still rarely sleeps more than two or three hours at a time…I can’t wait until his surgery is over, he can breathe and we can finally work on his sleeping.

He is still nursing strong and even says “other side” when he wants to switch.

He loves to be read to and will sit through an entire story book.

My baby is growing up…so bittersweet. At this point all we want is for him to be healthy.