Balance Bike or Training Wheels? Which is better? 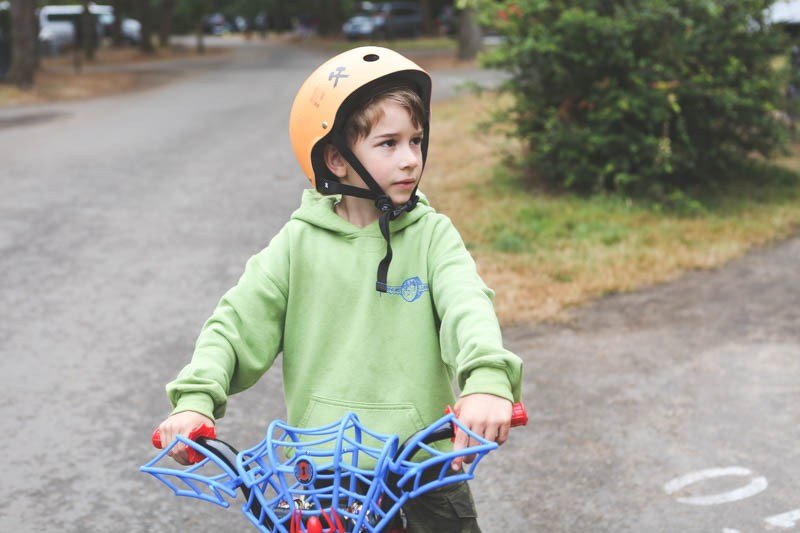 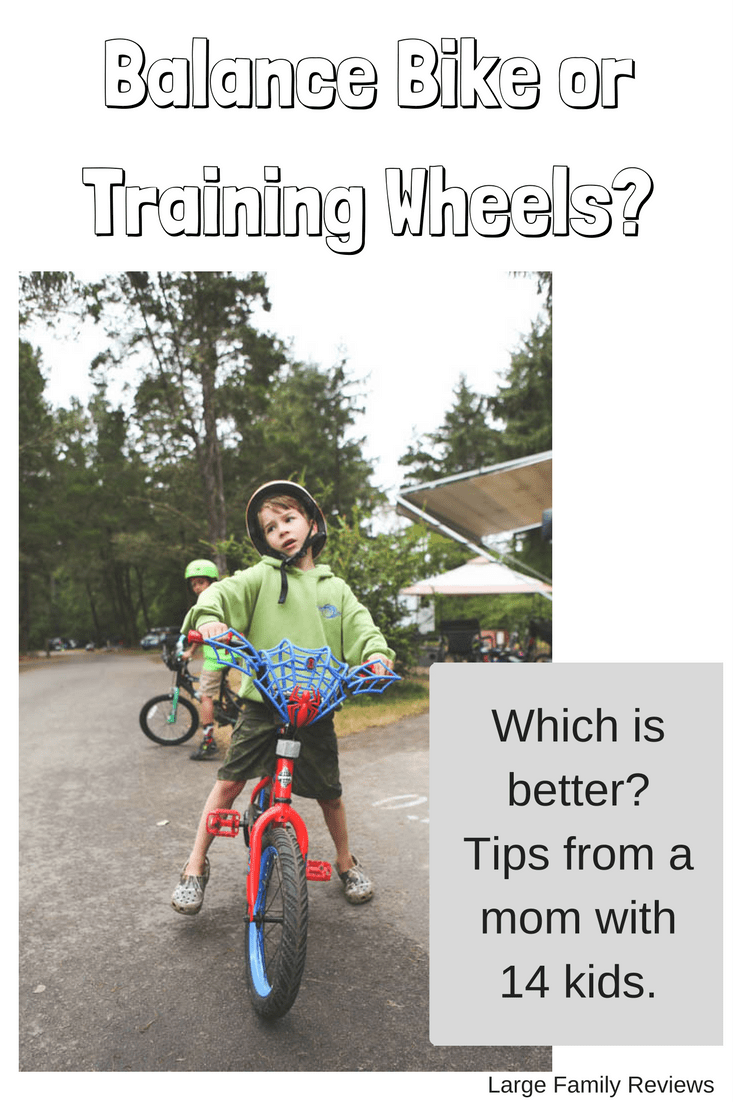 Which Kind of Bike is better for a large family?

As the mom of a large family (Chuck and I have 14 kids), I have had to learn to be thrifty over the years. Thrifty, however, does not mean cheap. We frequently choose to buy quality (that will last and can be passed down) over quantity (dirt cheap clothes, toys, appliances). Sometimes, though, it can be hard to decide what is the more thrifty option.

How Our Kids Learned to Ride a Bike

There is a nearly five-year gap between our last two children. Because of the big space most of our baby/toddler things were sold or given away before Apollo’s birth. When it came to learning to ride a bike we had to choose between a balance bike and a bike with training wheels. Balance bikes weren’t a thing when our older children learned to ride bikes, but Chuck and I were fascinated by the idea. Most of our older chidden learned to ride by riding their bikes down our grassy front yard. They didn’t have to pedal (because of the hill) and were able to gain their balance before having to worry about pedaling. Because of this, we loved the idea of buying Apollo a balance bike to start with. 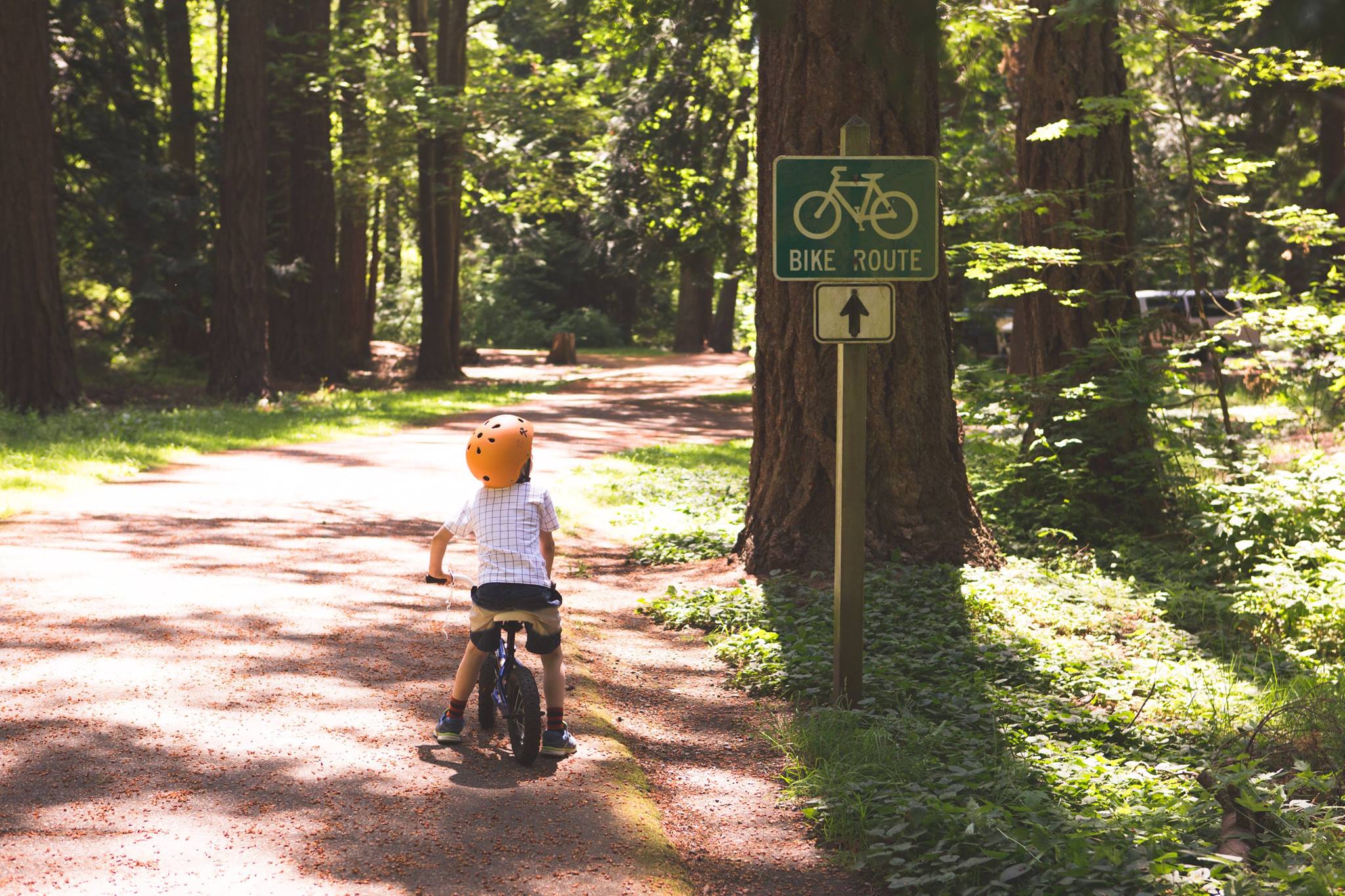 Apollo and His Balance Bike

Apollo has ridden his balance bike for two years. This summer he turned six and we decided it was time to move him up to a real pedal bike. Chuck went to Walmart and purchased this Spiderman bike with training wheels just in time to take it on our camping trip to Oregon. I was a little bit nervous because I didn’t want Apollo to become dependent on the training wheels (and defeat the purpose of the balance bike) but he was really struggling to pedal. 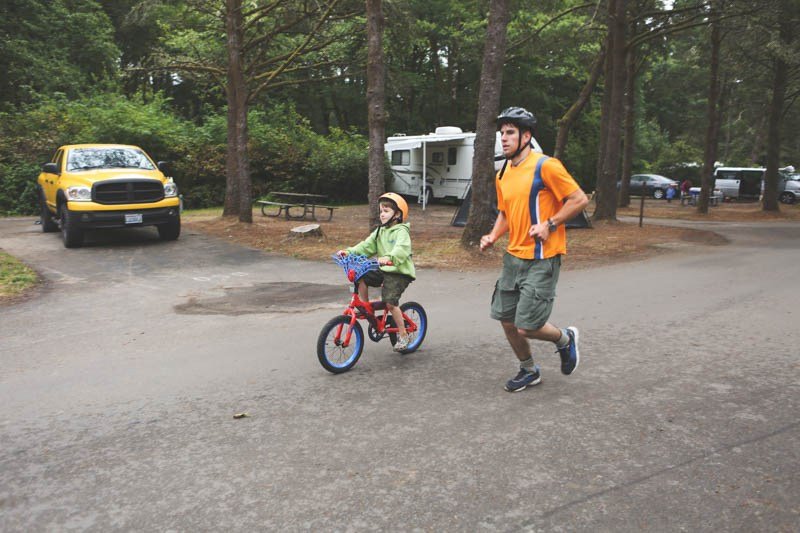 In less than ten minutes Apollo was a wobbly bike rider.

Half an hour later he could do everything but start by himself.

By the next day, he was able to ride independently!

It was amazing to watch. I have no doubt that using the balance bike enabled him to adjust so quickly to a bike without training wheels. Chuck and I definitely felt the investment in the balance bike was money well spent. The new bike is a size bigger and not something he could have ridden two years ago so he would have needed a new bike anyway.

Pros of a balance bike:

Cons of a balance bike:

We felt like the balance bike was well worth the time and money investment. Apollo is our youngest child, but if we were having more I would still want to go this route. We felt like already knowing how to balance made the adjustment to a bike with no training wheels easier since he already had the balancing part down.

Have your kids ever used a balance bike, or did you go straight to training wheels?