Fort Stevens with the Family

On (I think) the second day of our camping adventure, we drove approximately 5,475.87 hours to get to Fort Stevens State Park. The kids of course wanted their picture taken in the bunker while they pretended to be in jail. Don’t ask me. I do remember when I was kid, though, we were having a laundry room built in our basement and me and my brothers spent hours playing cops and robbers…so I guess I get it. And aren’t they cute? 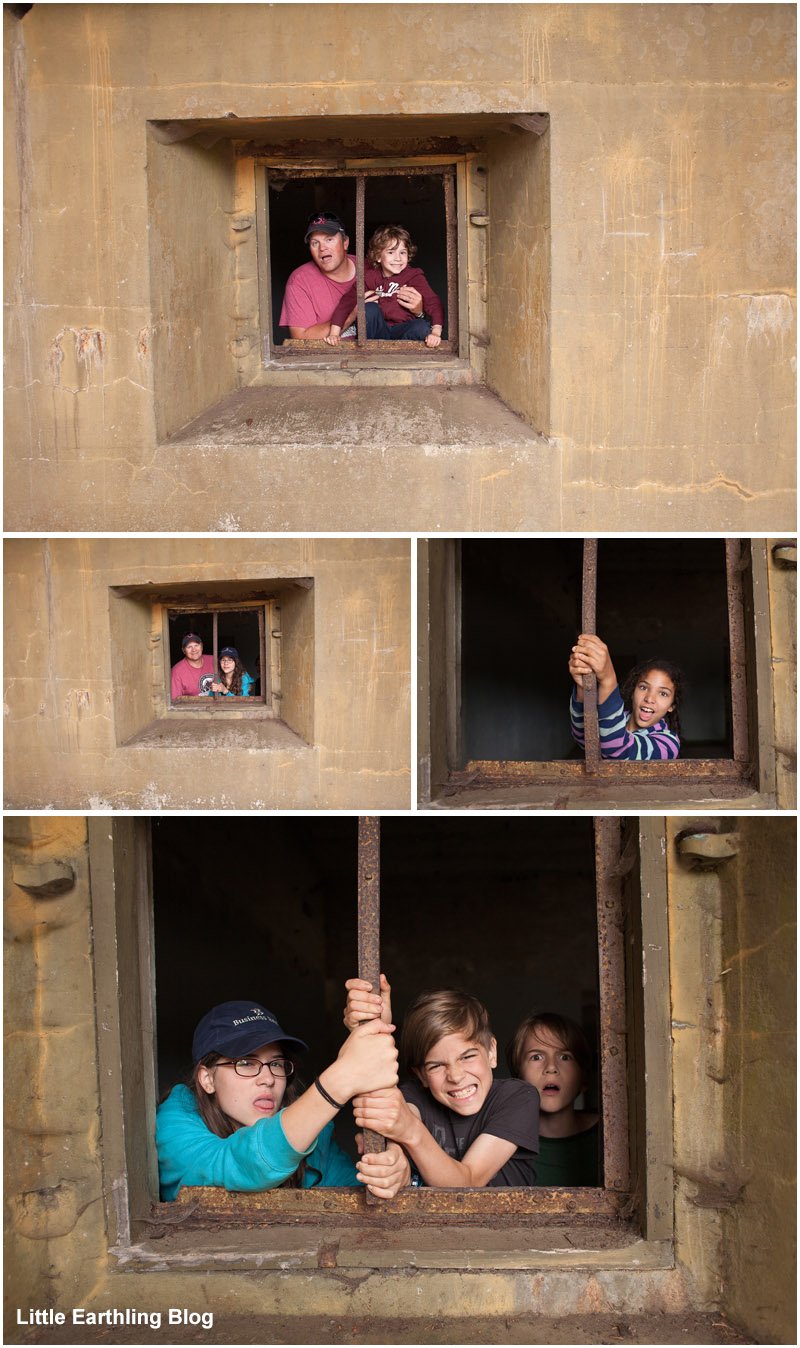 The kids were a bit confused at first about what exact Fort Stevens was…the drive had  exhausted them and drained their brain cells. Soon enough though, they were having the time of their lives. And Chuck willingly posed himself (and the kids) for photos at the fort. In fact, he was the instigator of many of the photos. Amazing… 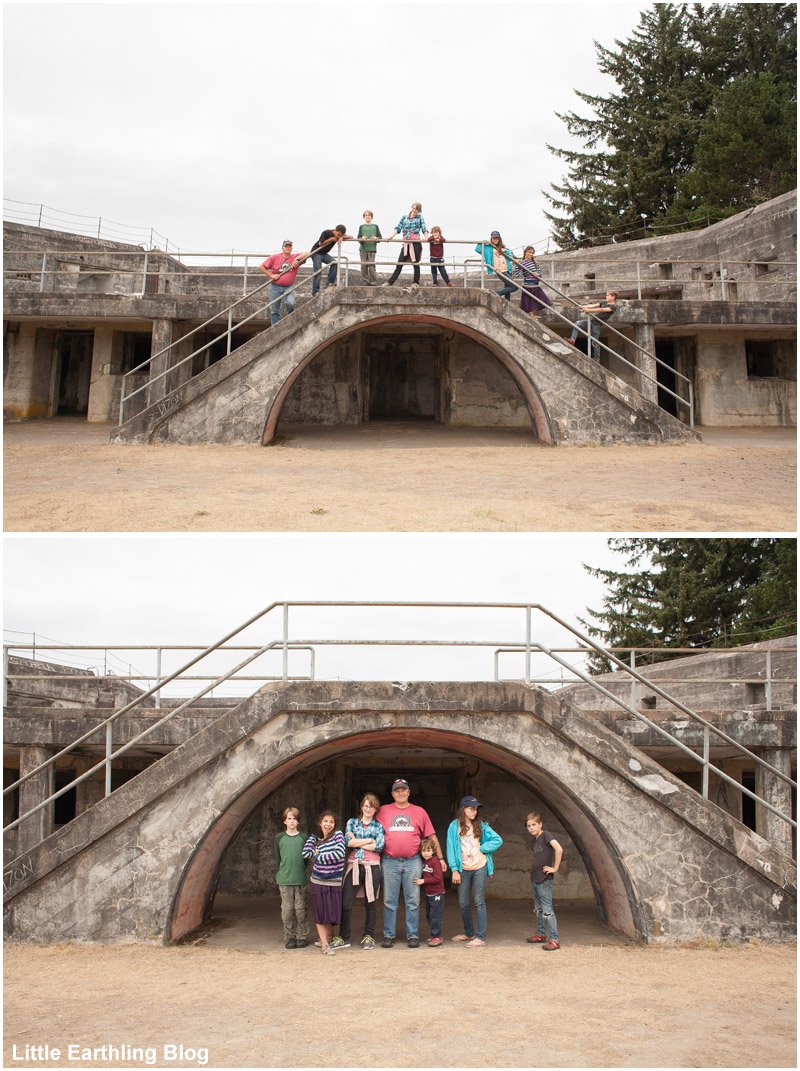 Poor Mordecai’s entire day was ruined because he didn’t get to ride in the van with our friends. Hot meat lover’s pizza eventually won him over. At 6:30 pm. 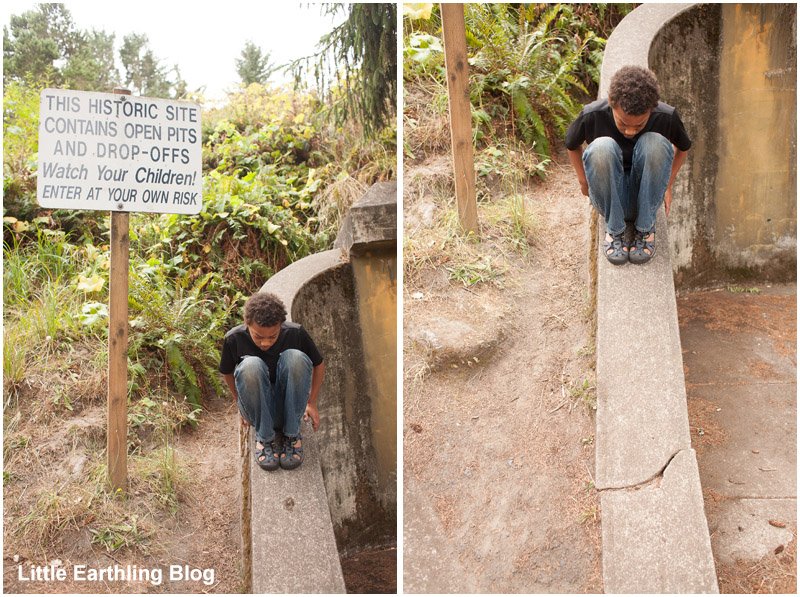 This military truck occupied the kids for long time. I’m pretty sure the drive would have been worth it to them *just* to be able to climb in this truck. I think my favorite shot is Tucker sitting on the edge in the third photo. 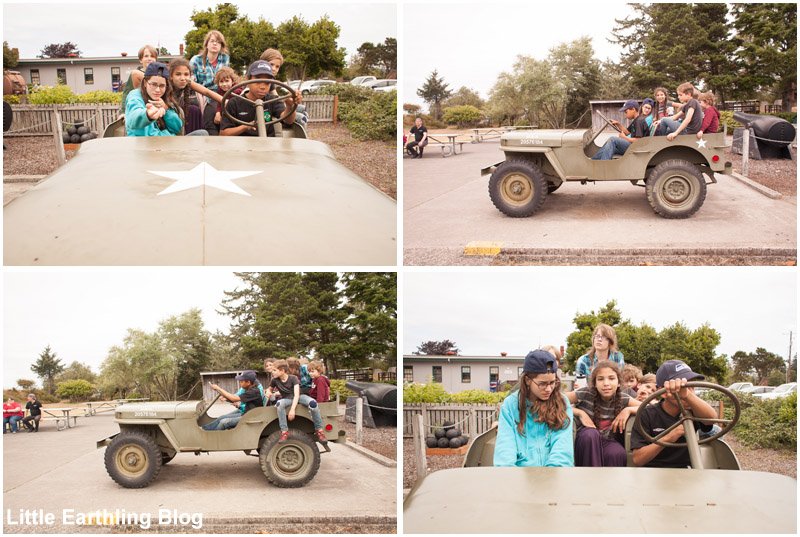 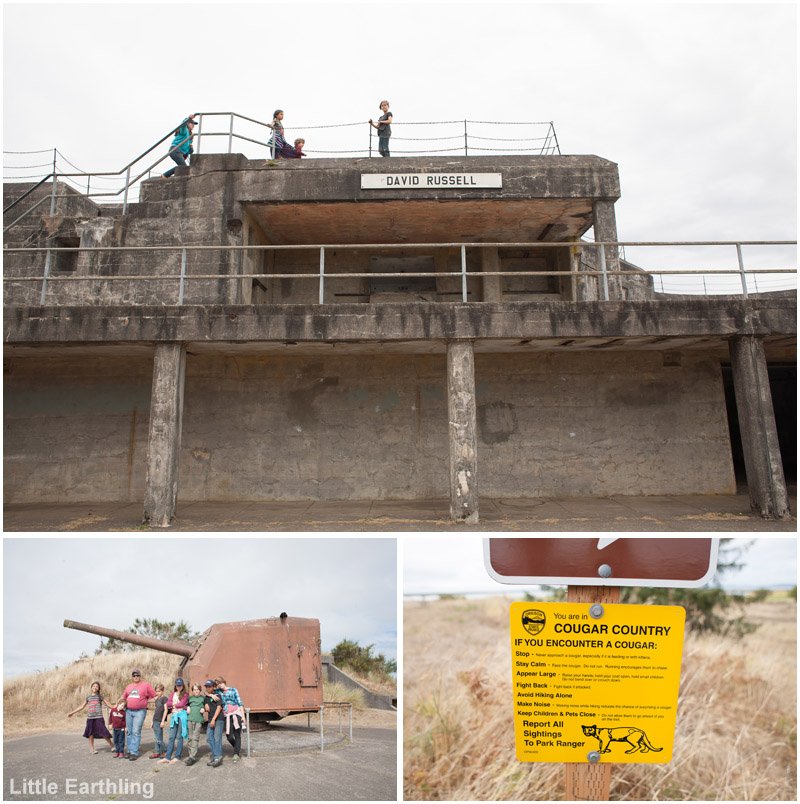 My favorite part of Fort Stevens? This sign with helpful tips if you encounter a cougar: Stay calm! Appear large! Fight back! Sounds a lot like parenting…am I right? 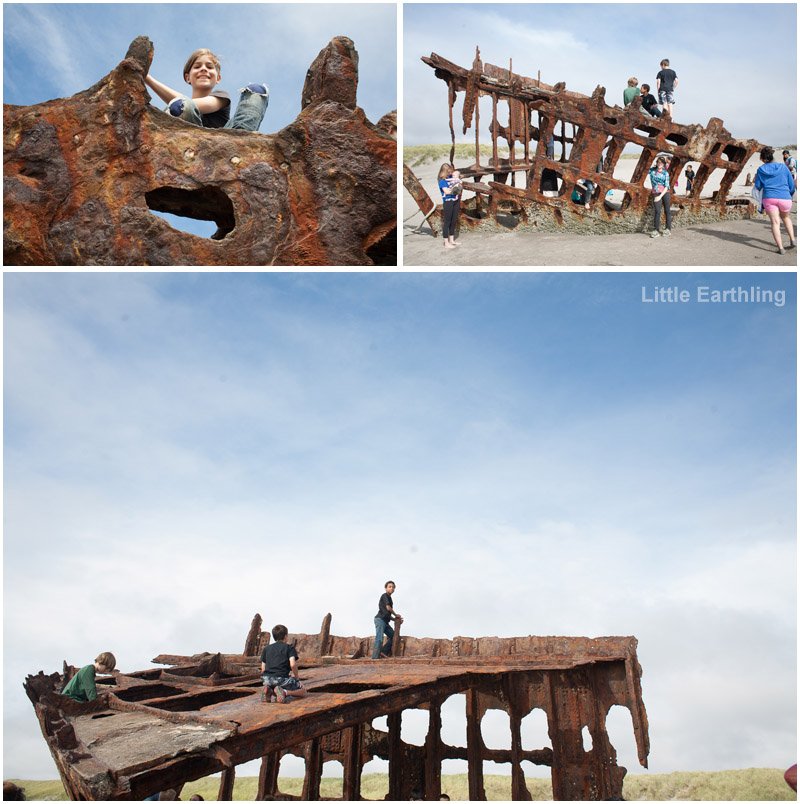 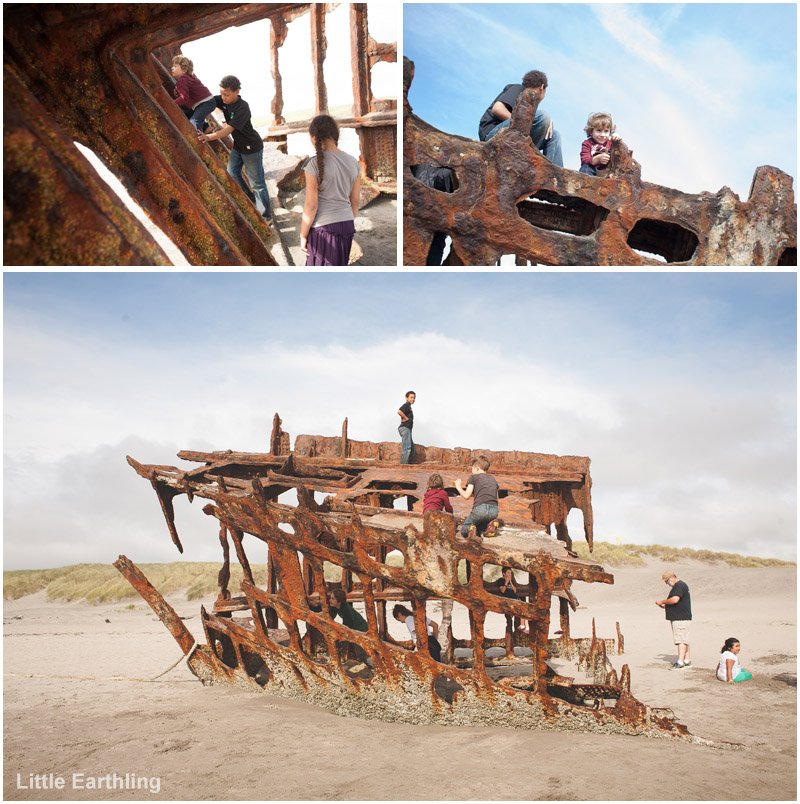 Would you believe on the beach at Fort Stevens is an old shipwreck? That kids can climb on? This is a veritable Tetanus Playground! Not only is it a hunk of rusty metal, but there are large pieces half buried in sand threatening impalement at every corner. This kids, of course, loved it. This thing is about ten times as dangerous when the tide is in and  you can’t see the rusty metal sticking up from the sand. Chuck and I were amazed that there were no restrictions on climbing. Good old-fashioned common sense and parenting decisions permitted here.