{I was provided with this camera in exchange for an honest review. I was given no other compensation.}

Me and the kids have had so much fun this last week testing out the Kodak PIXPRO SP1 Action Cam as part of the Mom’s MVP Action Cam Challenge. We (along with seven other bloggers) were sent Kodak SP1 Action Cams and told to have fun! We each made a one minute video with our new cameras. The public will be voting on the videos and the winning blogger gets to give away an action pack containing the PIXPRO SP1 and the Kodak Astro Zoom camera! That’s a $600 value!

For one of you readers if we win. 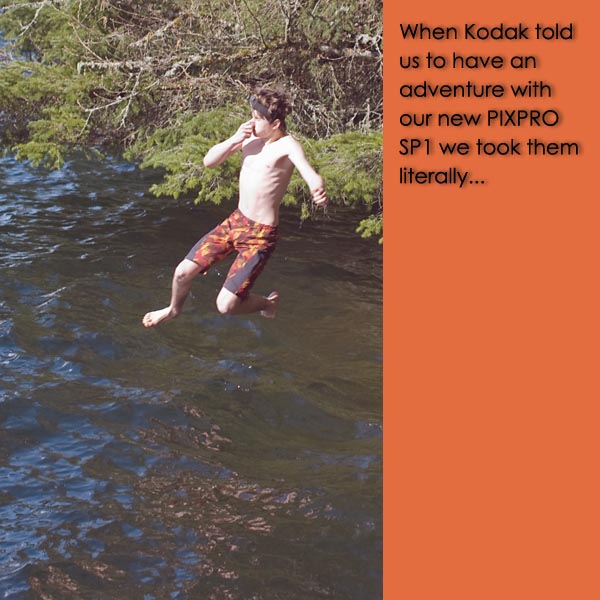 Our first camera was lost in the bottom of the lake in an unfortunate (but exciting!) adventure. Kodak sent us a new camera (I know, I know…makes you really want me to test your products, huh?)

We decided to go a bit tamer for round two. I handed the kids the camera and let them do everything themselves. I felt confident doing this because the PIXPRO SP1 is:

It has a 14 MP camera that  takes both video and still shots. 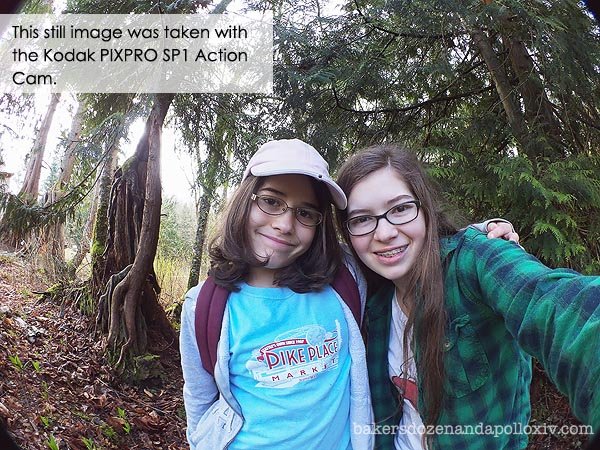 According to the Kodak website it is “built to withstand rugged adventures and practically anything you throw at it.” I figured there was no better way to test that claim than to give it to a bunch of adventurous kid with free rein.

Tilly, Enoch and Jubilee filmed all of the footage for our one minute video submission.

The camera is small, light, compact and easy to use.  It retails for $199 and includes a accessories that allow you to mount the camera almost anywhere. It has a headband, suction cup and several adhesive mounts. You are really only limited by your imagination. 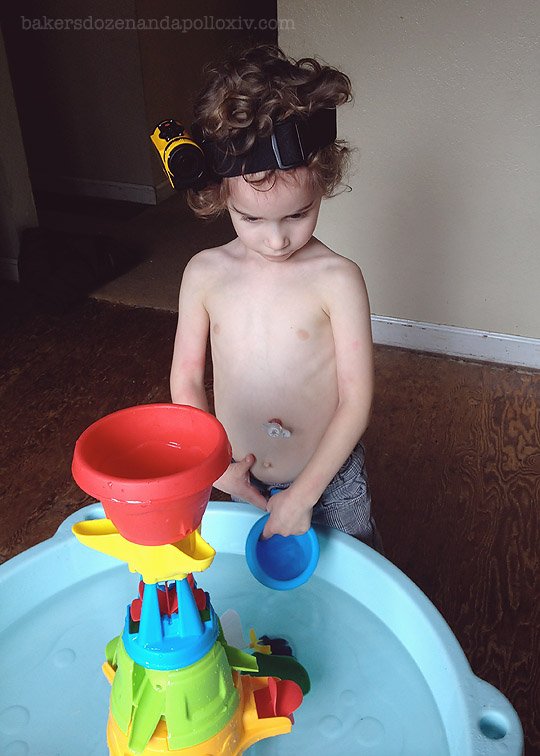 We used the PIXPRO SP1 to video our water table review for Step2!

I did not feel like I could test a waterproof camera with out, you know, putting it in the water to see if it actually worked. I was pretty sure that dropping it in the lake again was out of the question, so instead, I stuck it in our fish aquarium.

As you can see, it fared just fine!

The Kodak PIXPRO SP1 is also wireless and can be controlled by your smart phone!

The only thing I would like to see improved on this camera is to give it some kind of “flotation device” for using it in the water.

The final verdict? Not only would I recommend this camera, had Kodak not sent us a new one, I would have purchased this for my kids full-price. I love the camera that much.

For a chance to win your own PIXPRO SP1 and an Astro Zoom camera, vote for our video Monday, March 31!