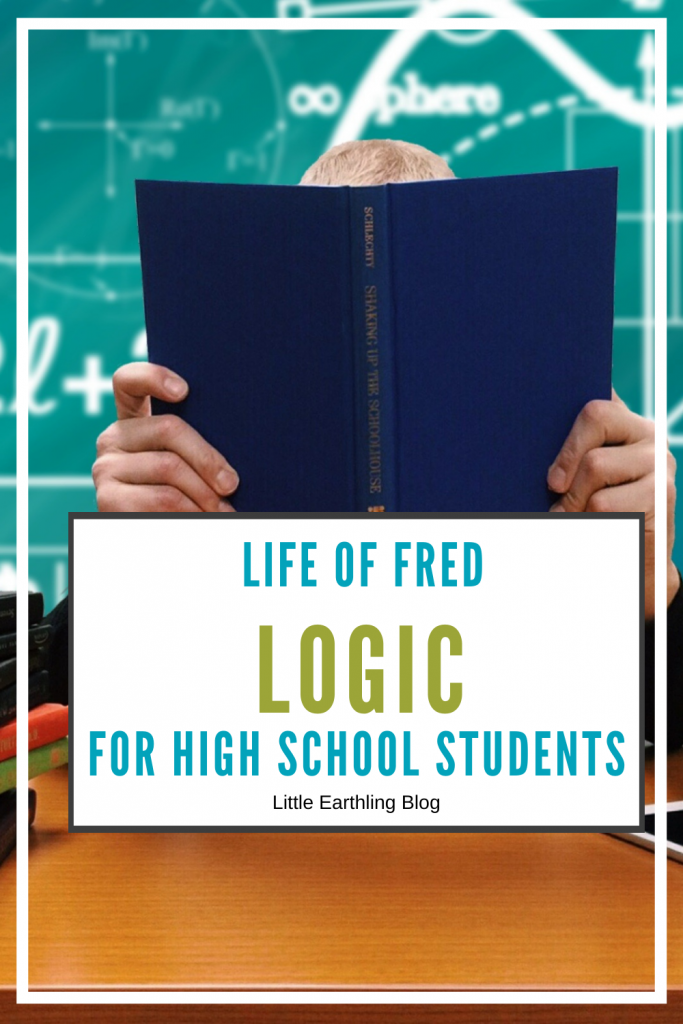 This review of Life of Fred Logic contains affiliate links. I have received no compensation for this post. All opinions are my own.

If you have read my blog for any amount of time you likely know that we are huge Life of Fred fans. Stanley Schmidt works magic as he weaves tales of five-year-old Fred teaching math at Kittens University. I can’t tell you how happy I am that Schmidt has expanded his Fred-centered curriculum to include Language Arts and now Logic.

Life of Fred Logic is geared toward high school students. Or as Schmidt puts it, “…having hair under your arms (shaved or not) for a couple of years is a fair indication that your brain’s reasoning power is developed enough to work with logic”.

The first six chapters cover high school-level Logic and the rest of the book covers college-level Logic. Teaching logic and logical fallacies are so important for our young people. Being able to recognize faulty logic and reasoning is one of the best things we can do for our children. This sets them to navigate the adult world confidently, will help them choose political candidates, and lessen the probability that they are hood-winked in the future.

I know those topics all sound very heady and complicated, but I assure you, they aren’t. Just as Schmit is a genius at breaking down math to make it simple, understandable, and fun, he works the same magic with logic. I can’t imagine having to tackle these topics in any other way.

While I love the Life of Fred Logic book and think it should be on the shelves of every homeschool classroom, here are two other great logic resources.

The Fallacy Detective: Thirty-Eight Lessons on How to Recognize Bad Reasoning

An Illustrated Book of Bad Arguments

This book has 64 pages of hilariously illustrated bad arguements. This book has fun and cute illustrations and would be appropriate for high school students.