Mom, I’m Bored {What to do When Your Kid is Bored} 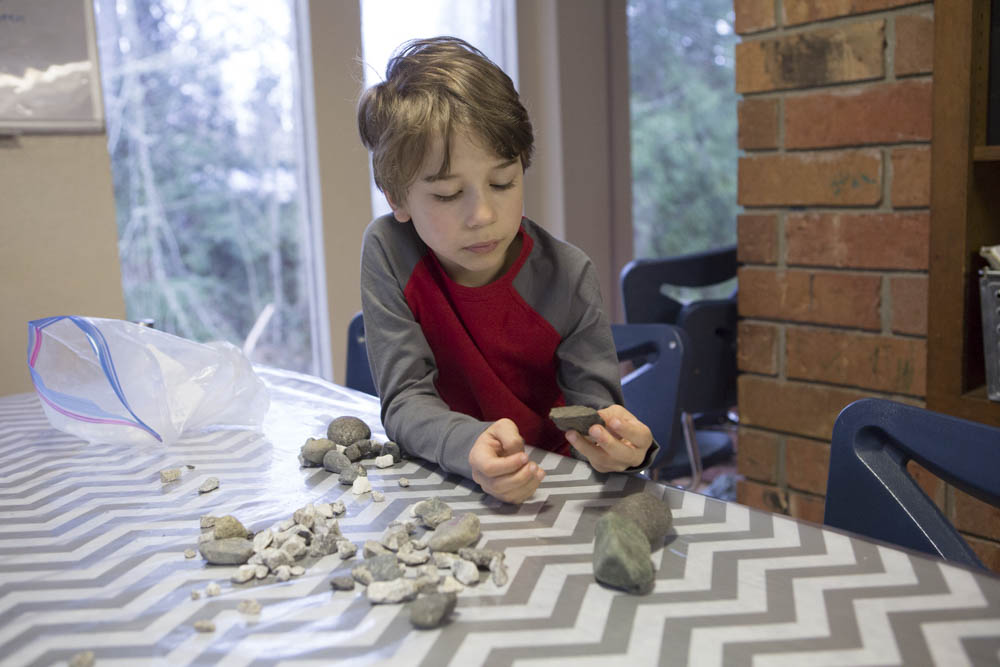 Recently Apollo had a bad day. 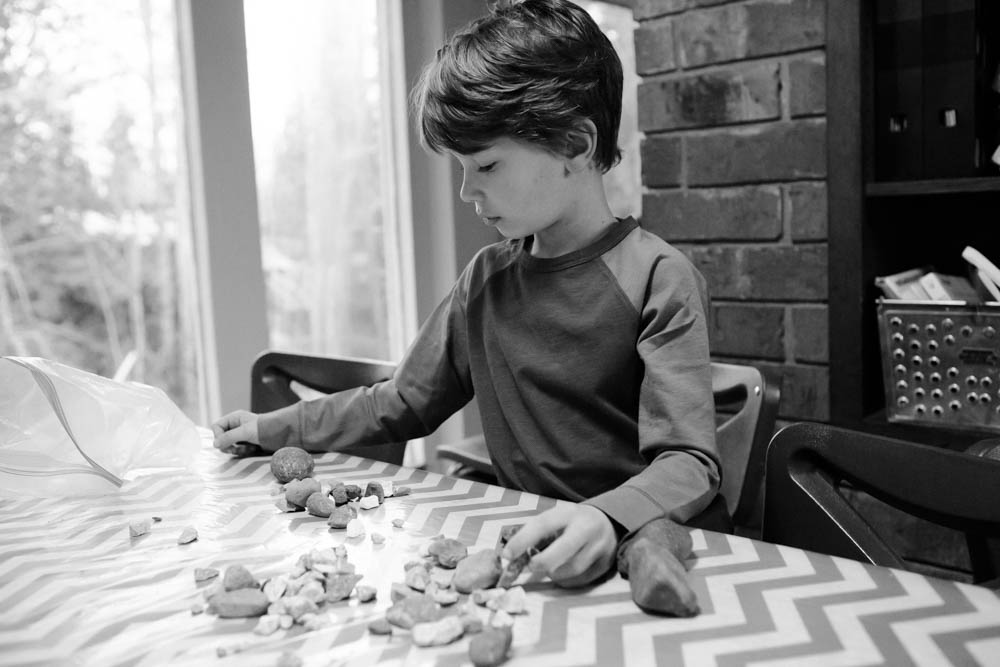 This may come as a surprise to you, but this isn’t my first rodeo.  I have been parenting for 21 years now so I have few tricks up my sleeve. 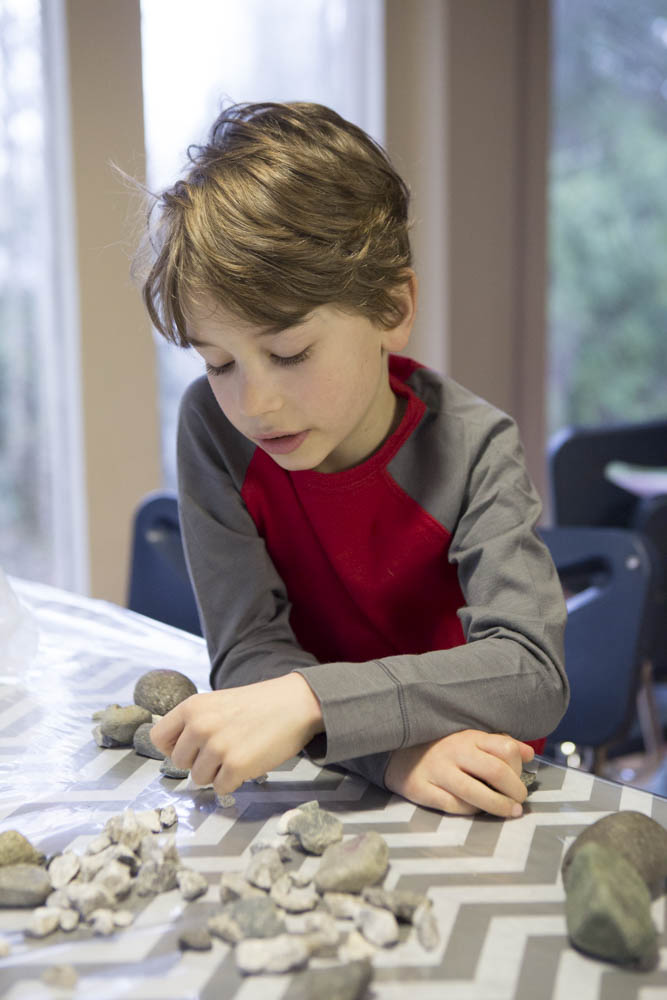 When Apollo was bored recently I used one of my best tricks.

I looked him in the eye and said, “It’s not my job to entertain you. You can read a book, draw a picture or play outside.”

And he was still bored.

Truth be told, a few tears were shed (his, not mine).

He wandered around a bit. He lay on the couch for a few minutes.

Then he settled down by our hearth, picked up a couple pieces of kindling and started carving them (with another piece of kindling).

Apollo occupied himself this way for over a half an hour. By the time he was done, he was happy, refreshed and ready to play. He was proud of his creation and set it aside “to work on later”.

Best of all? He was no longer bored. 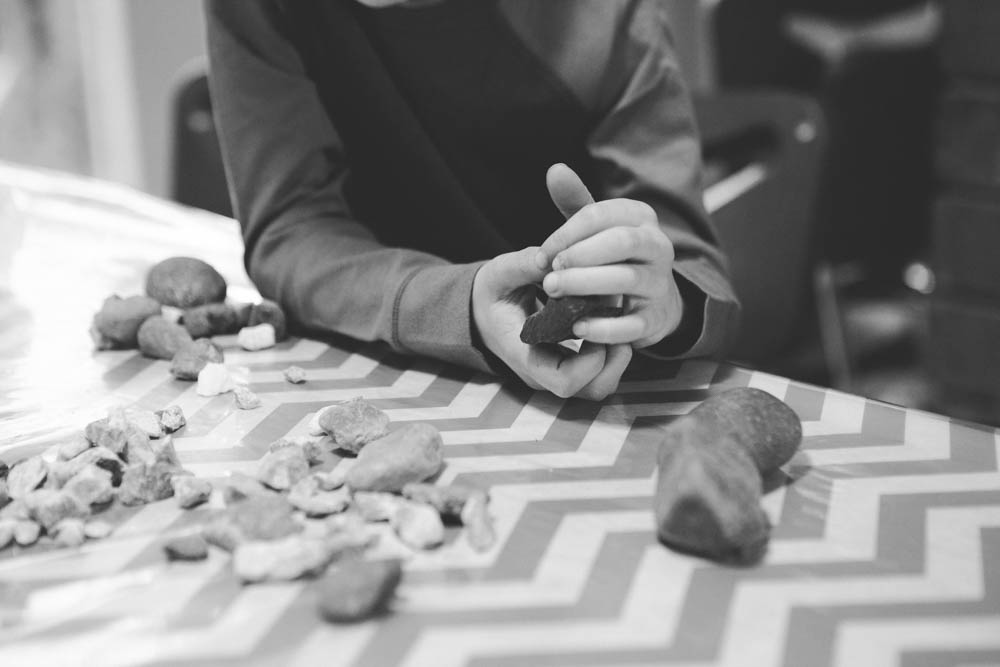 I firmly believe that as parents we need to quit viewing boredom as a bad thing.

Creativity is often born out of boredom.

Do you have memories of lying on the grass in the summer sun and staring up at the clouds? Imagining animals and adventures in that fluffy, white nebulosity? I do.

I remember long summer days filled with fun, adventure and plenty of boredom.

Boredom is often the predecessor to innovation. 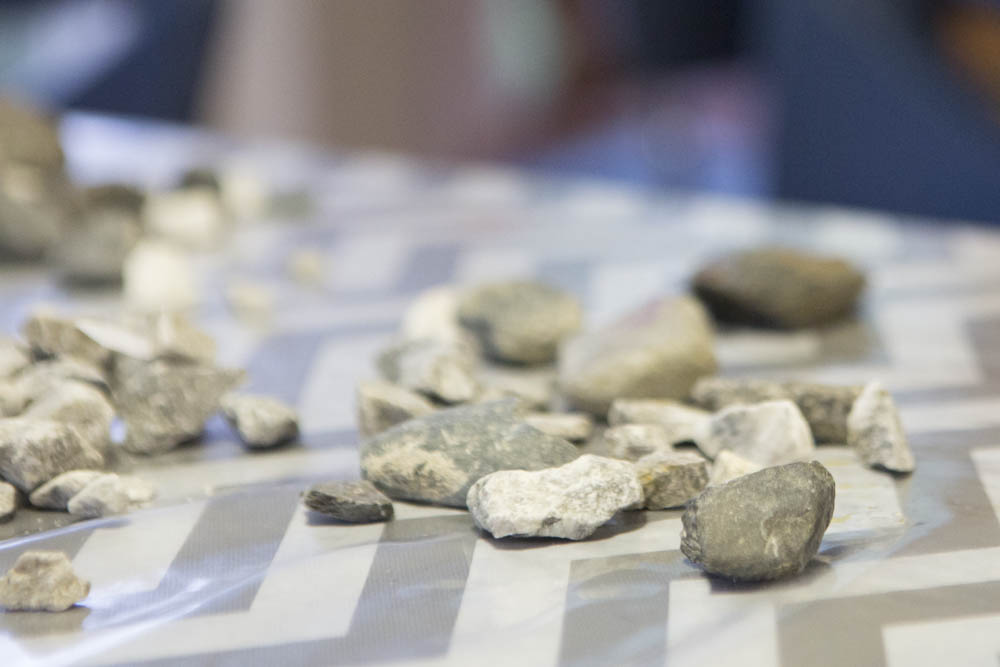 See this amazing collection of rocks? These rocks are Apollo’s prized possessions right now. He has given most of them names. Snowflake, Snowflake Junior, and Iron Man to name a few.

He lines them up. He makes them into families. They have battles and go on adventures.

He absolutely loves them.

He also loves this book all about Charlotte and her pet rock.

When Adalia was two-year-old she filled her days playing “Mary and Baby Jesus”. She was Mary (with a receiving blanket on her head) and Baby Jesus was a plastic spoon wrapped in a baby wipe. This was her favorite game every single day.

We live in a fast-paced world where many kids are hardly given a chance to get bored, much less figure out a way to resolve that boredom. This starts in infancy with gadgets and apps geared toward babies and continues into schedules packed full of lessons, sports and enrichment activities.

I highly recommend that you invest 15 minutes in watching this Ted Talk about how TV affects the brains of children. There is so much more to be gleaned from this then just TV or screen limits.

Remember, mamas, it’s okay for your kids to be bored. No one has ever died of boredom.

Leave enough time in your child’s schedule for them to become bored. You might just be surprised at how much creativity it sparks.

You may also want to check out:

21 Activities to Engage Your Preschooler

Classic Toys That Stand the Test of Time
Tagged Minimalism