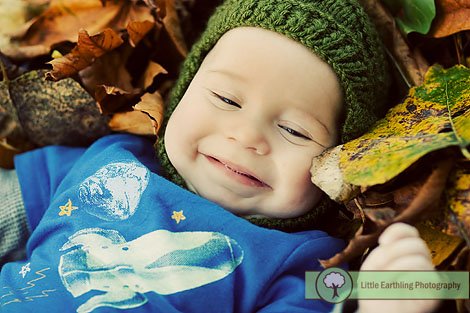 Oh my goodness, could I be any more in love with a little person than I am with this guy? Thinking of having another baby? I think that bubbly-lipped sly little smile ought to convince you.

I'm a little bit obsessed with finding rocket-themed clothing for my little Apollo lately. But hey, isn't that shirt adorable?

Since Apollo's doctor's appointment he's been sleeping like, well, a baby. The very next day I began putting him in his crib tired but awake, and he's been fussing for five minutes or less (often not even a peep) and going to sleep. Most mornings he's taking an hour and a half long nap, then (hopefully) two more decent naps. Its so bizarre…its like he was listening to every word the doctor said and decided he'd better get his act together and start sleeping.

But as with every child, the minute we figure something out, it changes. He used to sleep swaddled, on his side or on his back. Since our doctor's visit I've been putting him down unswaddled and letting him sleep how he's most comfortable. {I know all about putting babies on their back to sleep, but Apollo has been rolling over both ways for weeks now, so its not longer an issue since I can't keep him on his back} Now he's doing exactly what Enoch did ten years ago, he wiggles and moves so much he gets himself crammed up in the corner of his crib, then screams because he's stuck! Enoch, however, was doing this at less than a month old.

Despite being baby #11, its no less awe inspiring to see him go from staring at his mobile…to accidentally hitting it, to purposely batting it, to now grabbing toys and stuffing them in his mouth. All in three short months.  My mom had him laughing at Tucker's birthday party and she did "sit ups" with him. He often smiles and "talks" to my photo wall…Obviously assuming that his older siblings are smiling down on and admiring him. He no longer screams on rides in the van! That's probably my favorite milestone.

What can I say? We are enjoying every single moment with this little guy.

Apollo and his Passion for Fashion
Tagged Adoption, Apollo