Yesterday was Apollo’s fourth visit to Seattle Children’s Hospital’s top-secret (it would seem) feeding clinic. The ultimate goal, of course, is to have him weaned of the g-tube, eating regular meals and growing.

Apollo has a lot of feeding issues. It is impossible to say where the physical issues end and the psychological issues begin. For years we were told he was “fine” and there was no reason he couldn’t just eat…but the doctors were wrong. Now he is fixed (in theory at least), and still struggles to eat. We are involved in two Facebook groups for people with vascular rings and even in that circle, his feeding issues are extreme. Not being able to be 100% confident that he doesn’t have a remaining physical issue, makes it extremely difficult as a parent to enforce “rules” around eating. 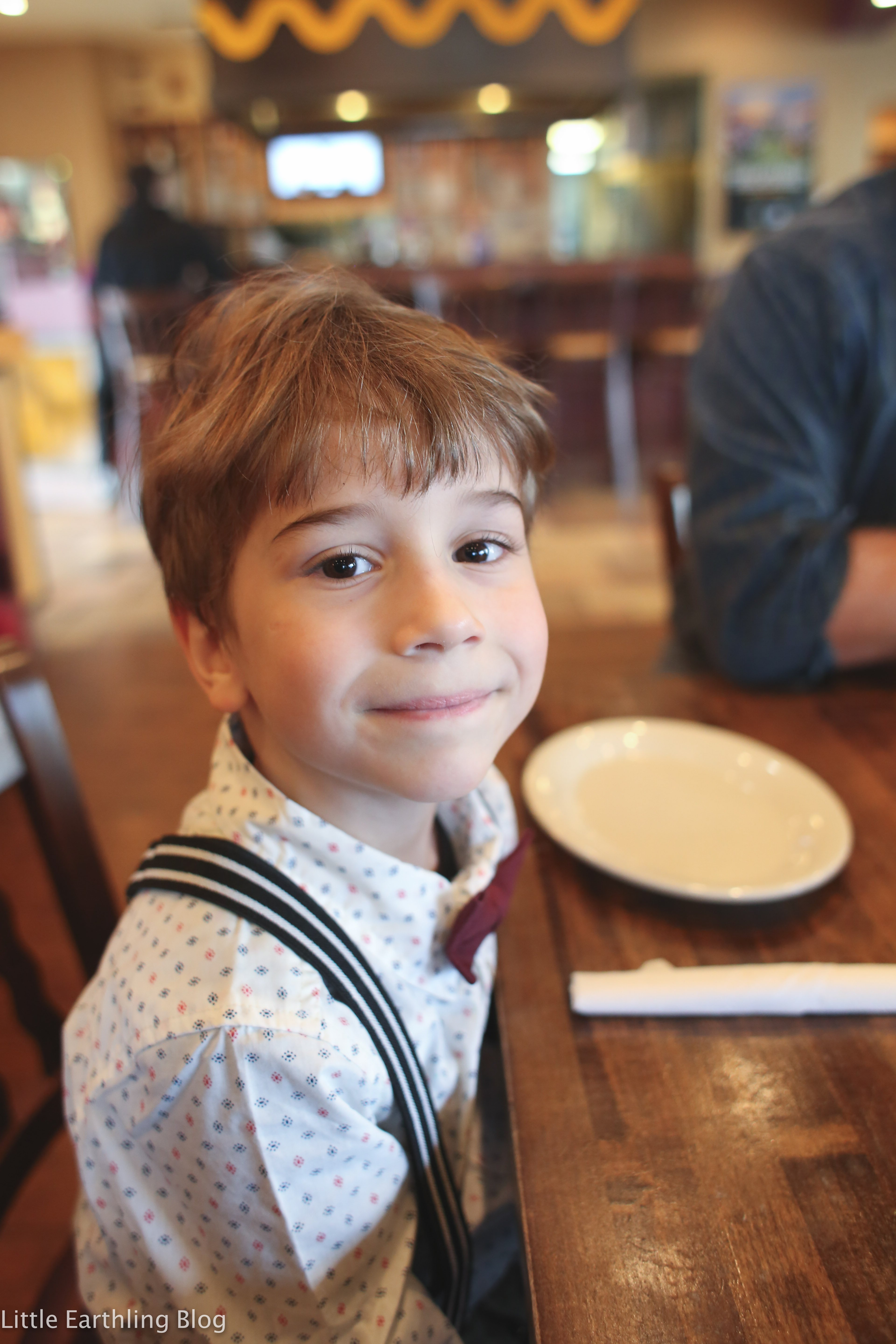 Apollo will rarely eat anywhere other than my lap (on reason for sending him to school). He rarely eats a full meal. He is choosy about what he eats and when…and most importantly he struggles to eat enough to grow. He is often tired and this may well be because he doesn’t take in enough calories. We decided at yesterday’s visit to go back to using the tube, but a little differently this time.

The dietician wants Apollo eating six times a day: three meals and three snacks. All of his calories should be consumed during these meals.  Each meal time is to have: a protein, a carb, and a fruit or veggie. He is supposed to be offered milk (or in his case, likely soy milk). Whatever part of the milk/milk substitute he doesn’t drink (I’m guessing all of it), is to be put in his tube. Right now we are supposed to have those three items (protein, carb, fruit/veg) be his preferred foods. We brainstormed and the dietitian drew up a chart of the foods he: always eats, frequently eats, and occasionally eats. This was to be our plan for what foods to offer. The foods Apollo “always” eats (as in daily were):

I told the dietitian I wish he were one of those kids who only ate three items. At least then I would know he would eat something…

So, that’s the new plan. It will require a trip to the grocery store and some chart making before I am ready to implement it. Also, the dietician wants Apollo to be tube-fed at school, for those meals, and I’m really not sure I want to do that.