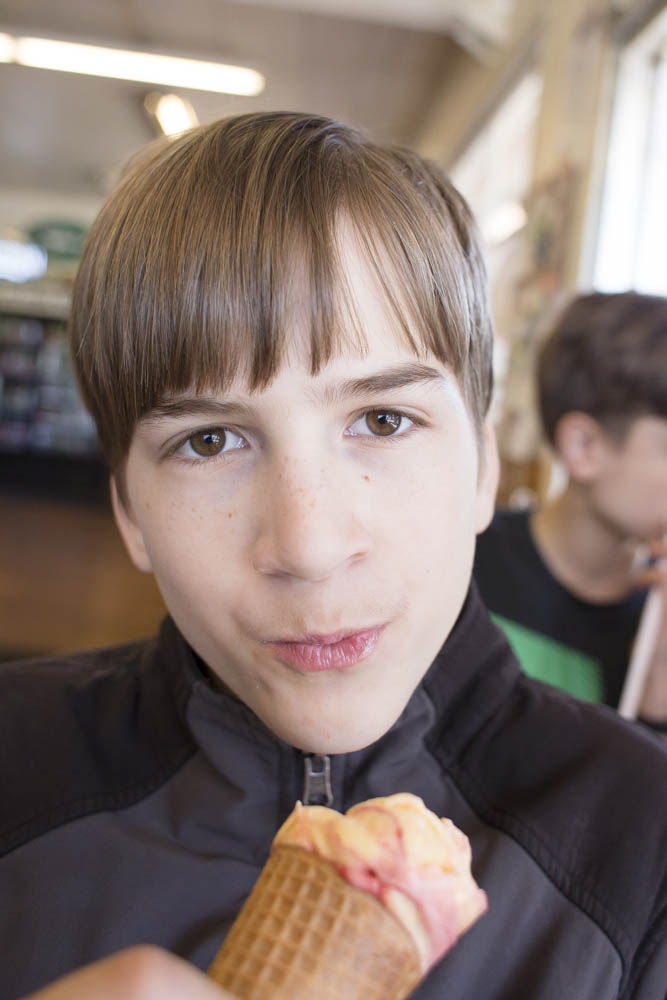 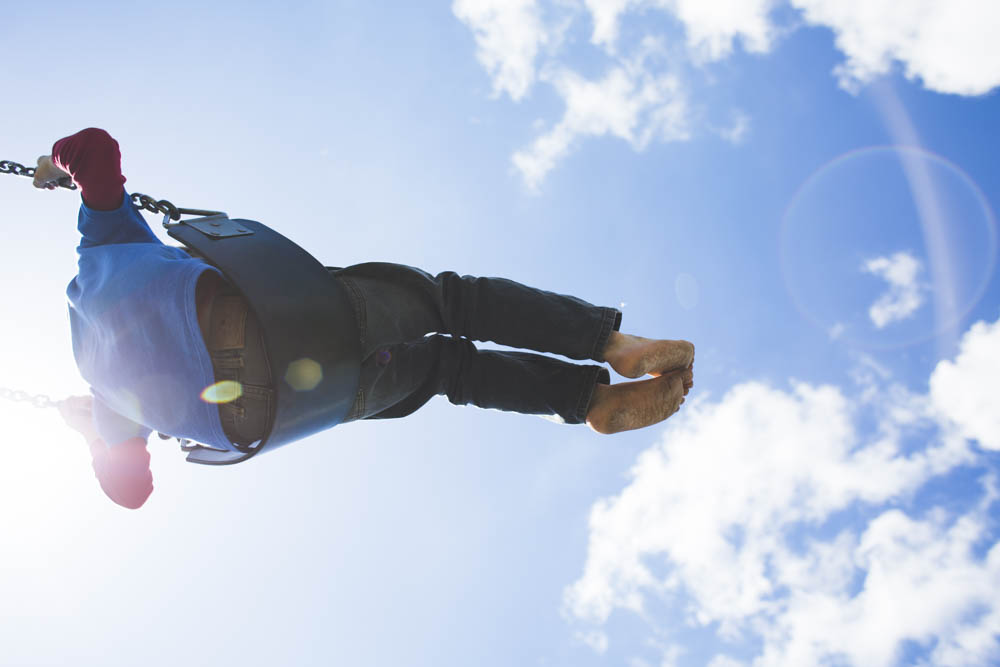 Spring has finally, finally arrived and we are soaking it in.

Apollo learned to ride a bike with no training wheels during our trip to the Oregon Coast last summer.

What isn’t awesome is that he learned this spring he (for some strange reason) can’t quite ride his bike on our hilly, gravel driveway. 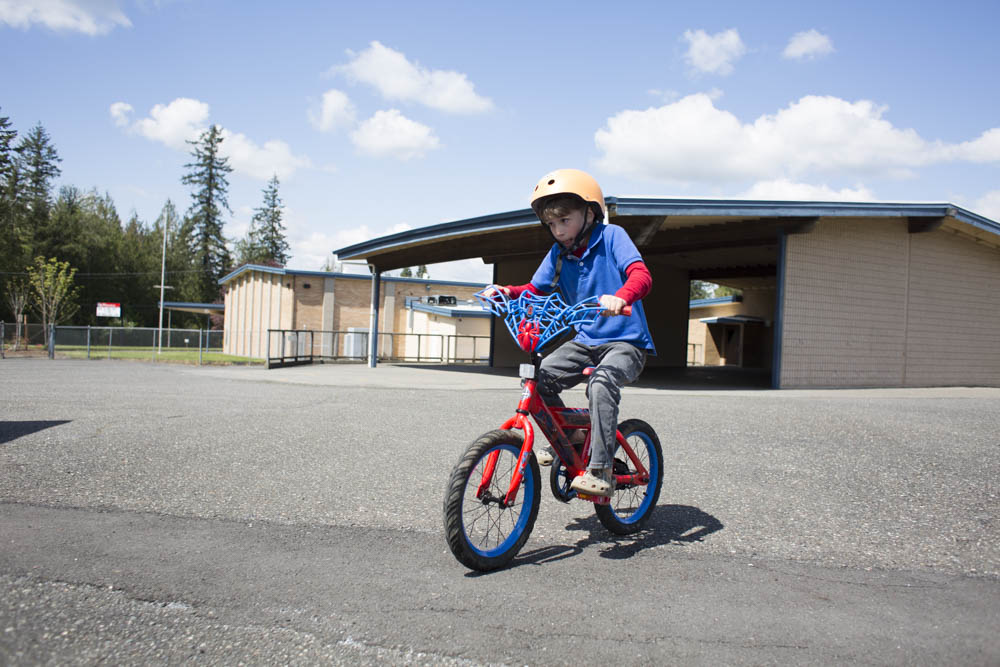 Thankfully, we lived just five minutes from the kids’ school so we have been making trips there for bike riding. Chuck has taken the kids a few times after work and dinner and I loaded up a few kids on Sunday afternoon so we could soak up so sunshine. 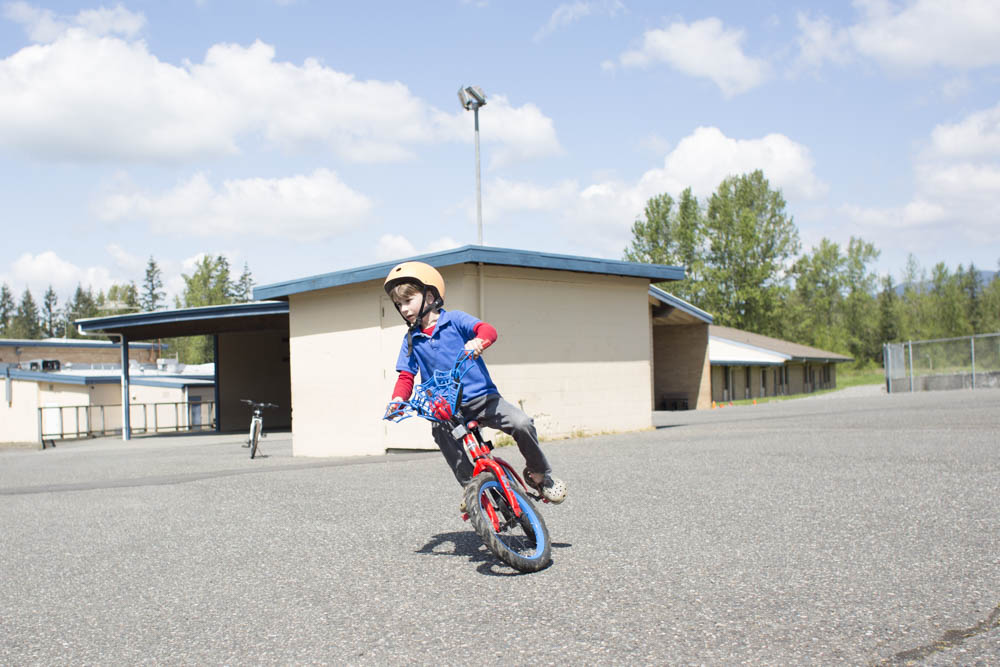 Apollo was thrilled to realize that his bike riding skills were still indeed intact. 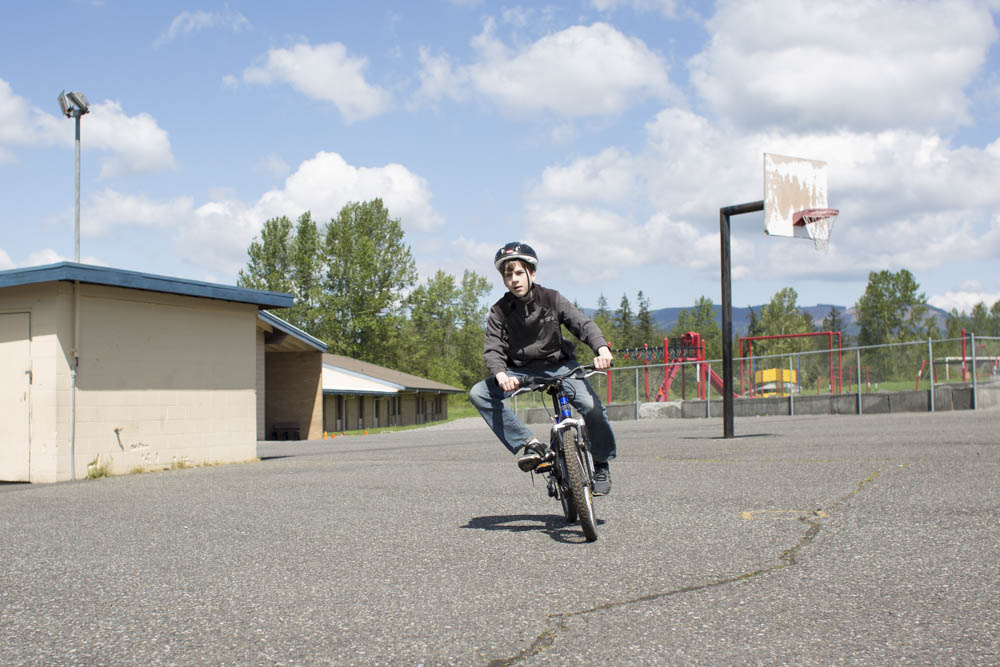 Last spring we bought almost all the kids new bikes. Hezekiah didn’t get a new one because he had a  solid, quality bike that still fit him.

This spring it looks like he’s stolen his little brother’s bike for a joy ride, so I’m guessing a new bike is in his future. 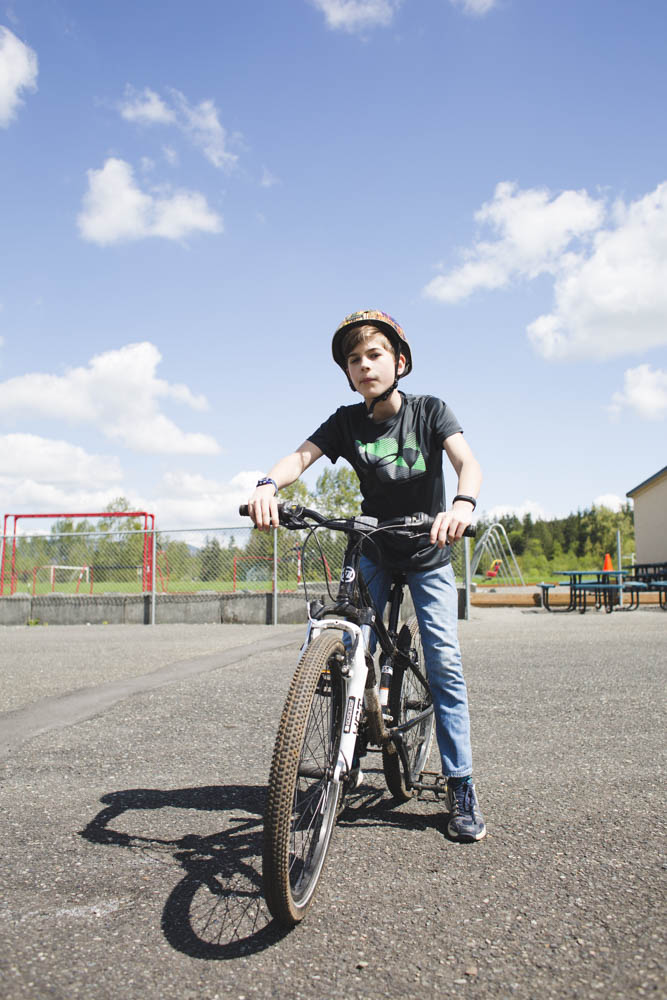 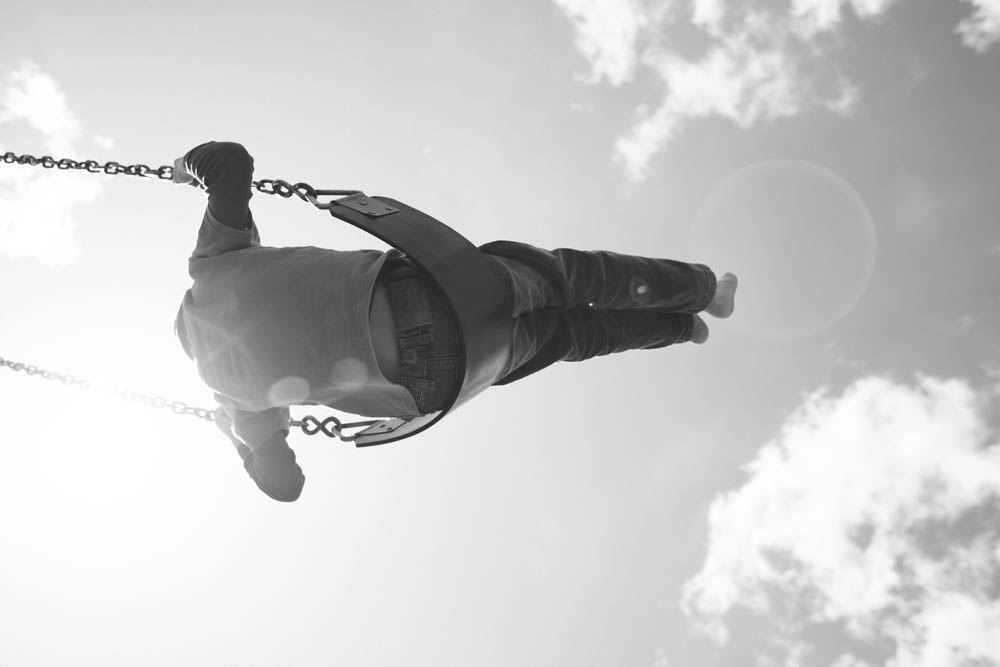 It was actually warm enough to go barefoot! 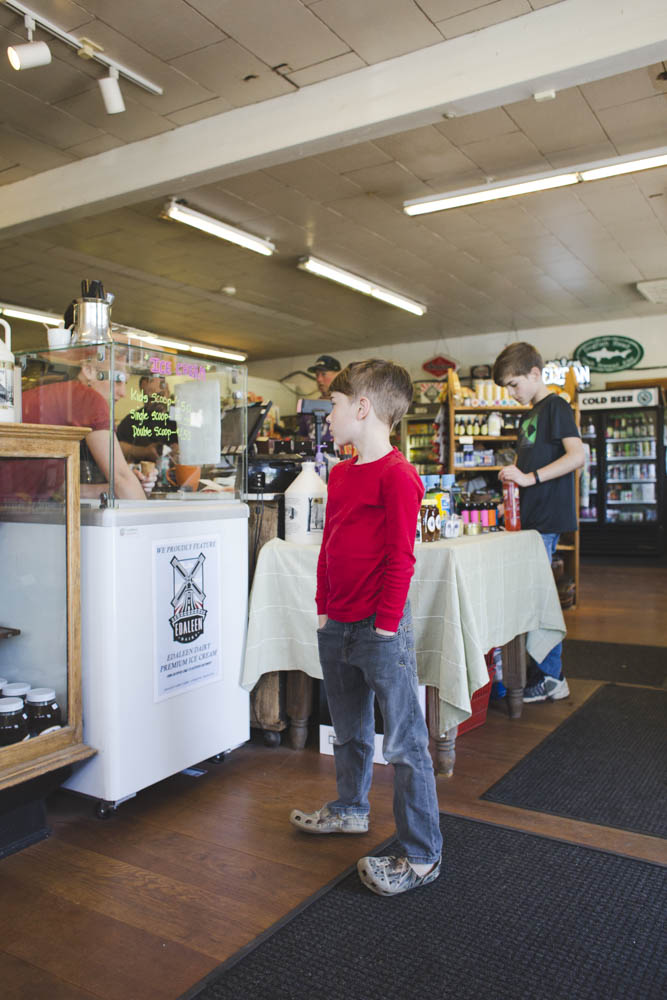 After our Sunday afternoon adventure, we headed to the corner store on our way home. Five years ago, Chuck and I wouldn’t set foot in here. The few times we had gone it was dirty, dusty and the food old. It is now under new ownership and is slowly being transformed into a local treasure. Not only can we pick up a gallon of milk or hamburger buns, but they also now sell local honey, ice cream by the cone and even soup and hamburgers. 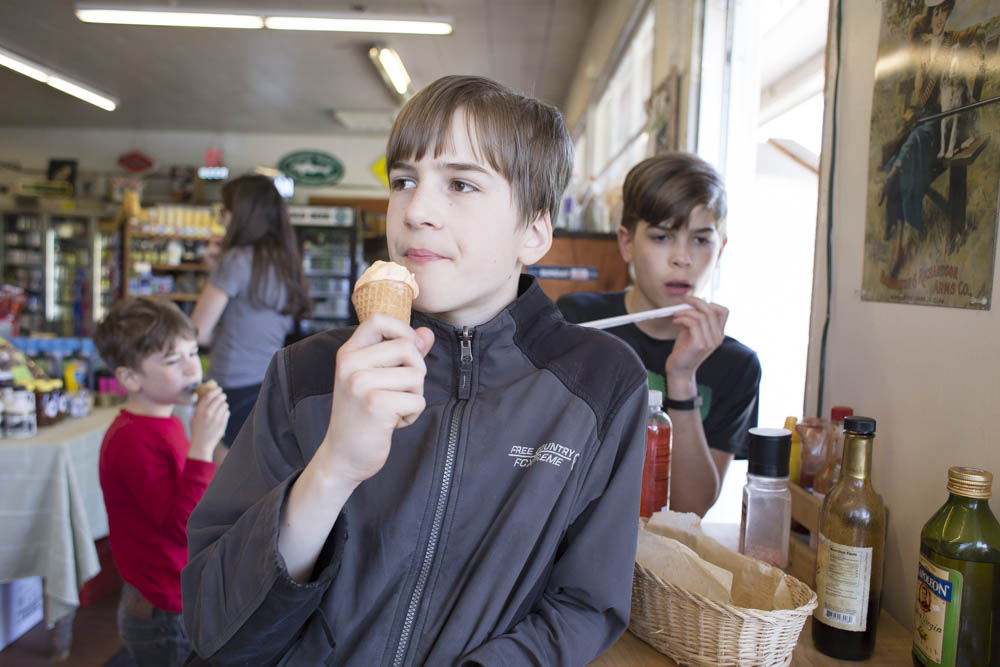 Hezekiah has the most beautiful eyes. I can’t decide…are they light brown? Hazel?

Kalina is our only blue-eyed child and Hezekiah is the only other one without dark brown. 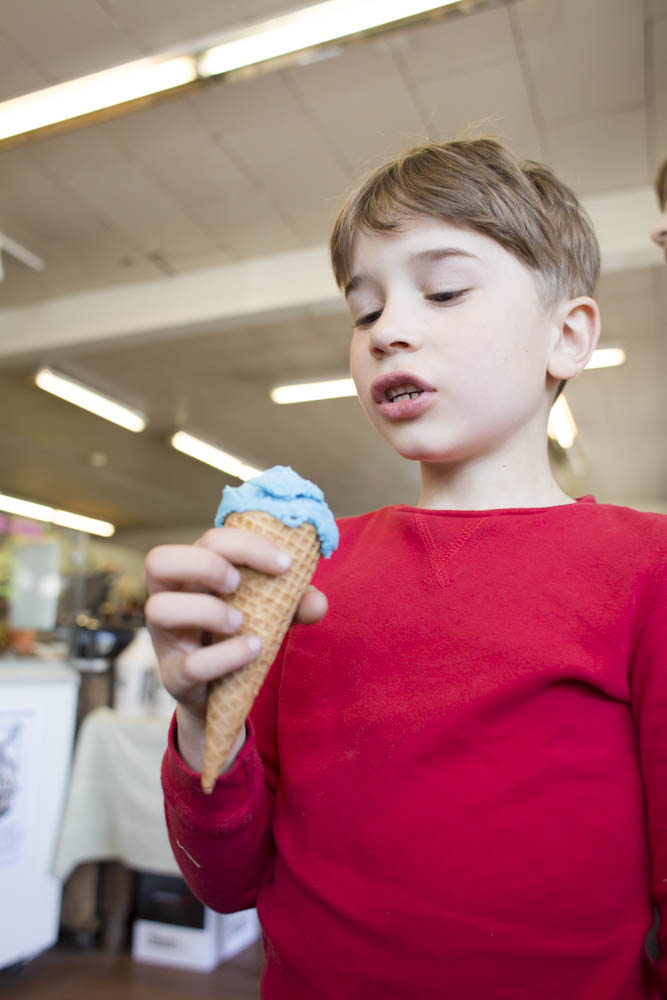 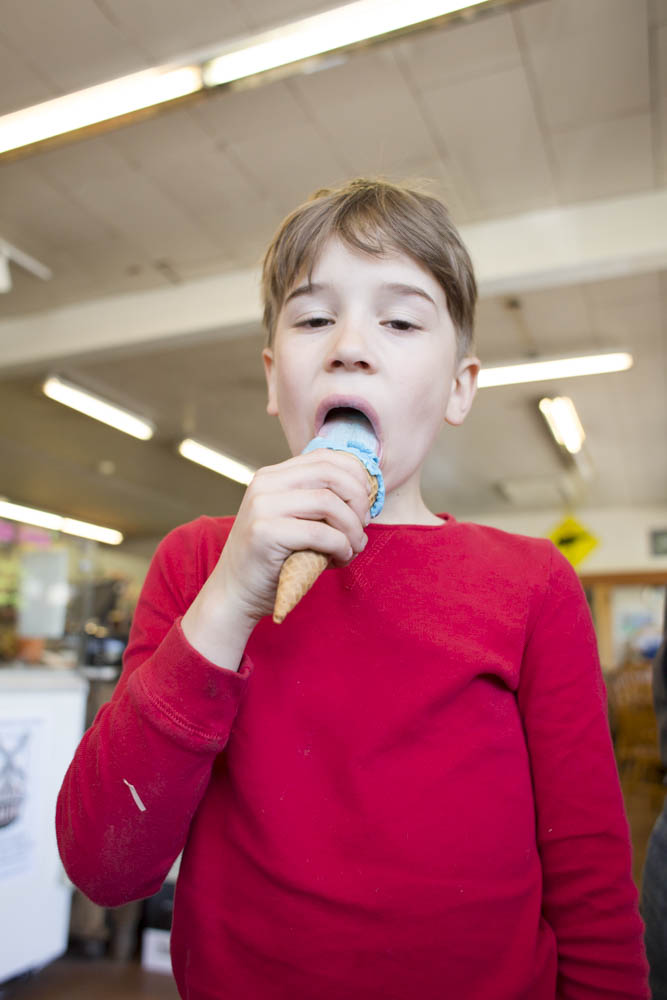 You might remember that Apollo’s cornerstone dreams began here… 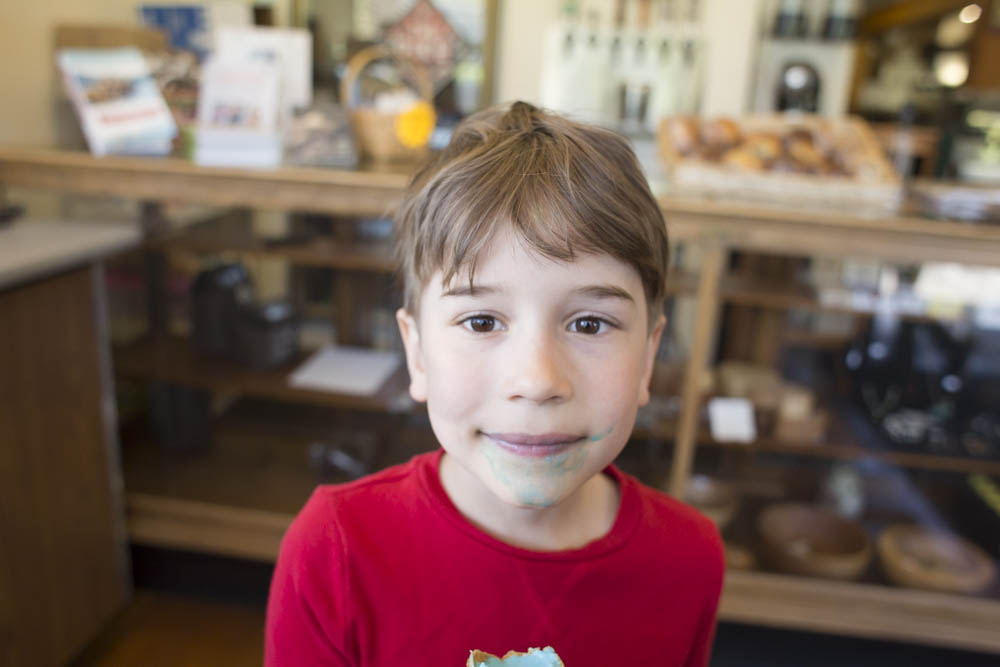 And before I sign off for the day…can I brag for a moment? 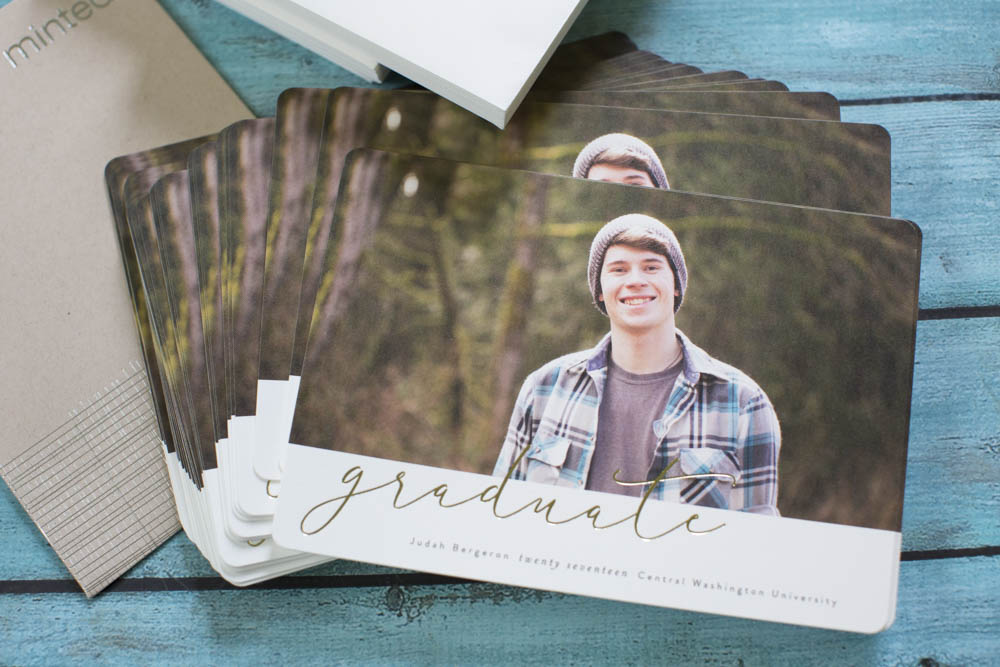 See this? This is a beautiful graduation card from Minted. Because…

…Judah will be graduating next month, age 19, with:

A Bachelor of Arts in Criminal Justice with a minor in Spanish.

He is also graduating from the William O. Douglas Honors College as an Arts and Humanities Scholar <– that’s kind of a big deal.

This kid has had to work through college (to supplement his scholarships) and when he’s come home for breaks over Christmas and Spring Break he’s worked not one but two jobs.

He is going to be the commencement speaker at his graduation next month!!!

Yeah, we’re kind of proud of him.