Yesterday was the first Saturday in weeks that we had “free”. Between  Chuck working overtime and life with a dozen or so kids, we’ve been busy. We were determined to take full advantage and Chuck was determined to fix our leaking shower. The day was off to a great start. Our living room was clean and swept, couches had been moved swept under. Walls wiped down and dust removed. Laundry was caught up, with the last load going and we were about halfway through doing a deep clean of the little boys’ room.

Then Apollo slipped and fell right into our LEGO table. I was right there and knew he would need stitches before the wound even began to bleed. Chuck was getting ready to pick up the final parts for the shower, but we loaded up and headed to the ER instead. I hate injuries on the weekends… 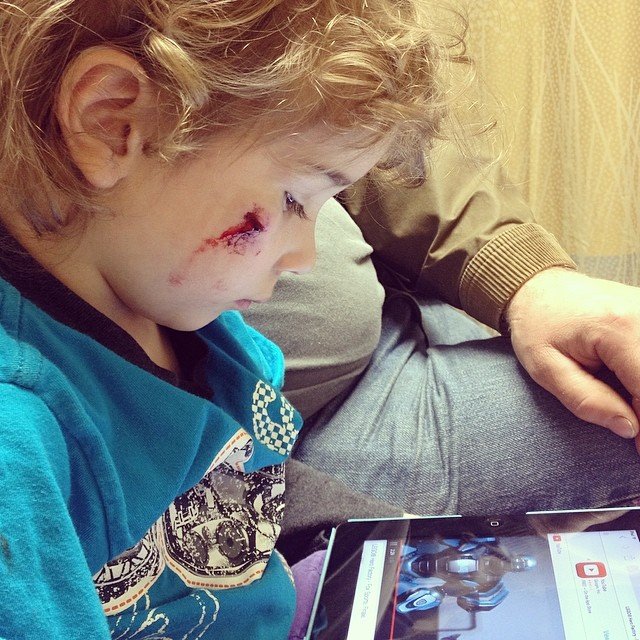 It took three and a half hours to get treated and released. Apollo got a great Physician’s Assistant who did an awesome job sewing him up. He spoke directly to Apollo and treated him like a person in his own right. He even spelled S-T-I-T-C-H-E-S so he wouldn’t get worried.

It was  traumatic for Apollo, of course, but he fell asleep in the exam room and slept until it was time for stitches, so he at least got a break from his anxiety. Afterward we told him he could pick anything he wanted for lunch (the incident happened at noon so he hadn’t eaten). He wanted to got to Haggen (our local grocery store) and chose: Salt and Pepper chips, chicken strips, grapes and strawberries.

When we were released I called to let the kids know we were on our way home. Judah responded: “I don’t want to worry you, but we were outside and Avi got hit in the face with a stick. She bled quite a bit and you can see the injury on the inside and outside of her mouth…”  Chuck and I were envisioning taking Apollo home and returning to the ER with Avi. As it turned out, the injury on the outside was an abrasion and on the inside a cut from her tooth. The kids did a fantastic job with her. They gave her: ice, an ibuprofen and a popsicle. They know their first aid, let me tell you! 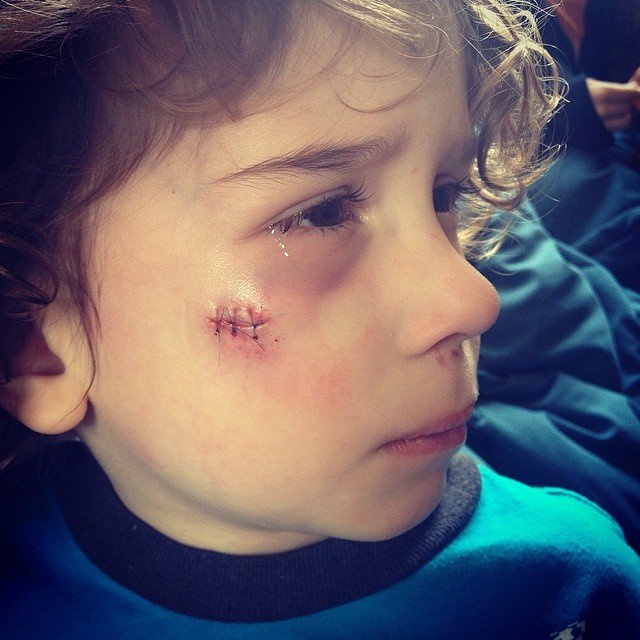 In the end the shower didn’t get fixed until today and the little boys’ room still isn’t finished. The day did not go at all how we planned. I am just glad we are home and the worst is over.