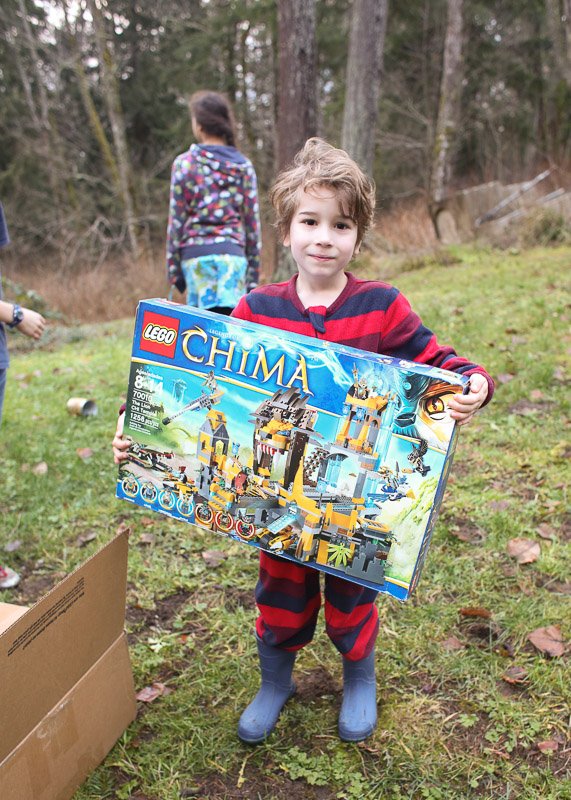 And how Apollo mustered up all of his courage to ask Santa for the Lion Temple? And how I bought it on eBay and had it hidden away? Well, yesterday was the big day. There was no school due to the holiday (Martin Luther King Jr Day…in case you’re not American) and I knew the timing was perfect…but how to present it? I mean, this was the Lion Temple, after all…it would hardly do to just hand it to them.

So I put Enoch to work coming up with clues for a scavenger hunt while I busied myself writing a letter from Lagravis. As soon as all the younger children were awake, I told them to put their shoes on and head outside…Enoch had a job for them to do. We listened to the normal grumbling and muttering…they all assumed they were going to have to haul wood. 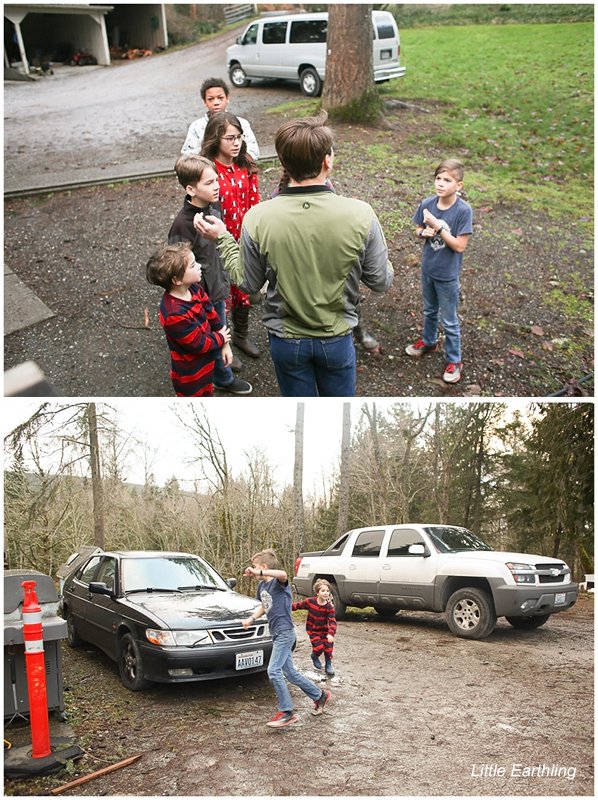 Then they were off and running! There was no stopping them as they each raced around trying to be the first to find the next clue. 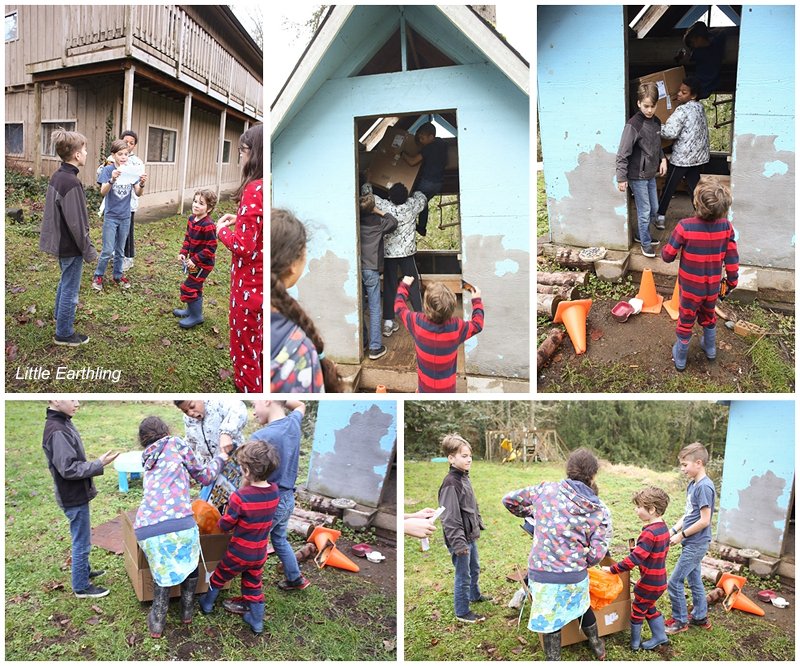 Finally they got to last clue and found a huge box with a letter…from Lagravis. In it, Lagravis explained that just as no one Chima tribe can possess all of the Chi, no one child  could possess the Lion Temple. Lagravis explained they all needed to work together to construct it and share…and of course, to protect it from Crooler. 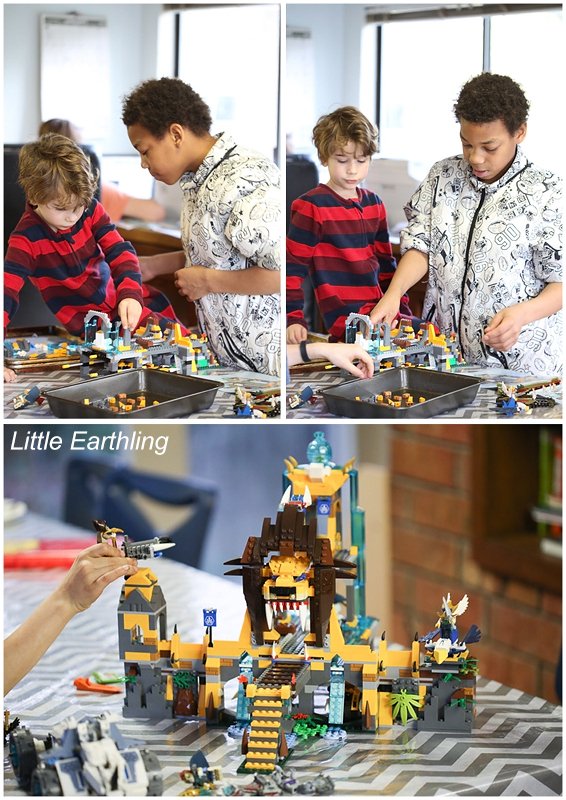 The rest of the day passed while the boys worked diligently to construct the Lion Temple…they worked out a system where they all took turns. We had one small snafu. The was a piece missing! Now, keep in mind, I bought this on eBay. The box was damaged but all the bags were sealed. Who knows what happened? I initially put the boys to work just searching our sixteen billion LEGO pieces…but would you believe we couldn’t find the proper piece? Eventually Enoch came to the rescue and cut a piece down to fit…

This took the kids about four hours to build…the rest of the day was spent imagining new adventures in Chima. After waking me repeatedly last night for: water, snuggles, more water and tossing and turning  in our bed for an hour Apollo sat up at 3:30 am and said, “Mama, thank you for the Lion Temple.”

Any time, son, any time.

Now please go back to sleep!