…all in a day’s work for this mom. Oh yeah, and the Doula Meet and Greet in the evening.

You can pretty much be assured that if this blog sits silent for a day or two during the week, something’s going down over here at a Baker’s Dozen. Nothing too serious this time, thankfully, just everything happening at once.

My original plans for Wednesday were hectic enough: feeding therapy for
Apollo at 9:00, a post-surgery appointment for Mordecai at 10:45 and a Meet and Greet Doula night for Adalia at 6:00.

Tuesday morning Enoch came upstairs and told me he had a bug bite that was bothering him. He had a very distinctive red, raised spot on his finger that looked painful. He didn’t mention it again until that evening when he showed me his arm which looked like this: 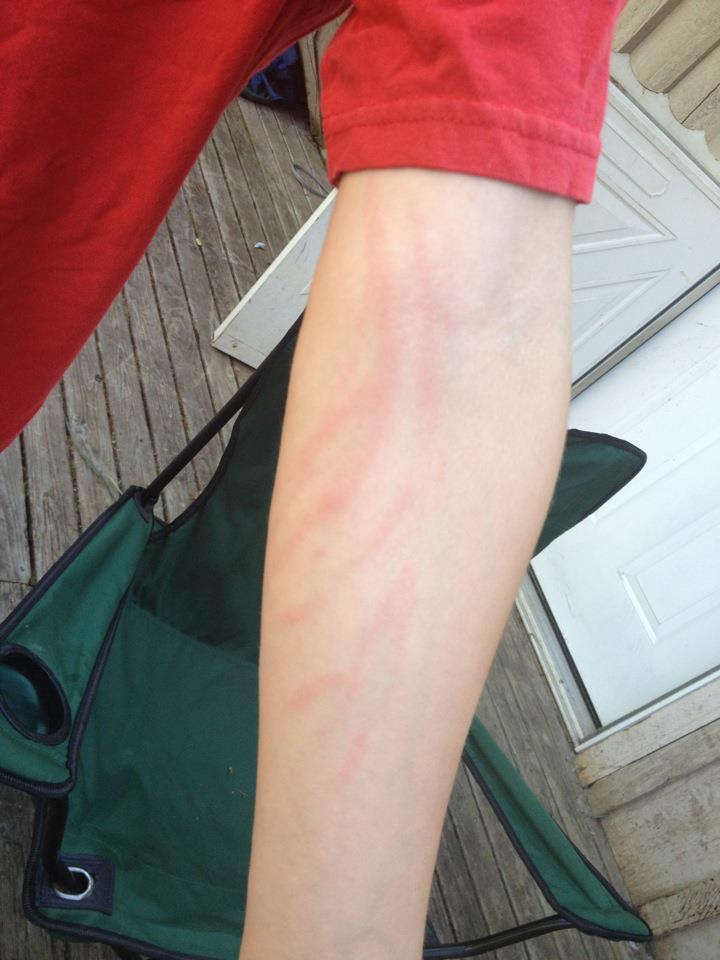 It’s a lousy iPhone photo, but you get the idea. Red streaks all the way up to his armpit and wrapping in a spiral around his forearm. He went to Boy Scouts and when he came home he was running a fever. Chuck and I looked him over closely and decided as long as he didn’t look or feel any worse we’d wait until morning to take him to the doctor. We sent him to bed with instructions to let us know if he began feeling any worse.

He slept all night and woke up with a fever and feeling sick. Now his entire hand and all of his fingers were red and swollen. He said his finger, with the bite, felt like it was asleep. I called the doctor’s office right at 8:00 and scheduled an appointment for 8:40. I  then called the Children’s Neurodevelopmental Program to let them know I needed to either reschedule or cancel the day’s appointment. Thankfully they had an opening at 3:00 so we were able to simply postpone it.

The doctor said he believed Enoch was bitten by a venomous spider, but there was no way to tell what kind. It was not a Brown Recluse spider, because he was lacking the open sore/blistering. In fact, with his swelling, you could no longer see the bite. He also said that fever is not a normal reaction to the venom nor the swollen lymph node he has, so he believes Enoch has an infection (cellulitis, just like Apollo keeps getting!) and prescribed the very same antibiotic Apollo is taking for his g-tube infection.

After one dose of antibiotic the streaks and swelling were faded. He continued to have a fever until bedtime and woke up fever-free this morning! 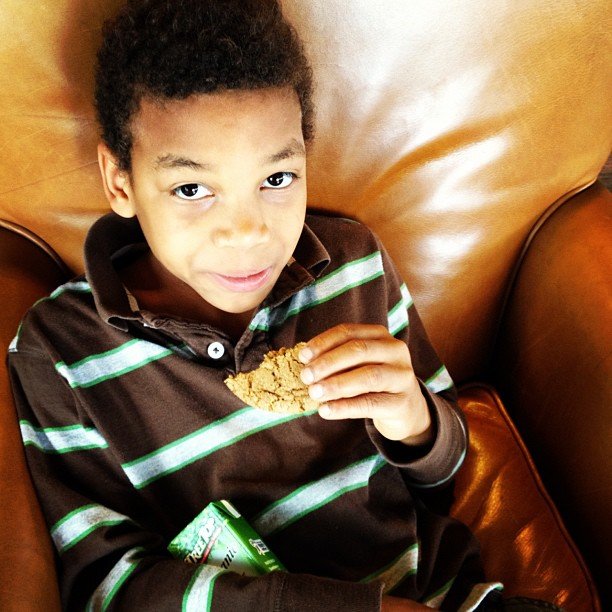 After the excitement of Enoch’s appointment we had some time to kill before Mordecai’s, so we headed to Starbucks (Tucker was with us, just to get one more body out of the house). 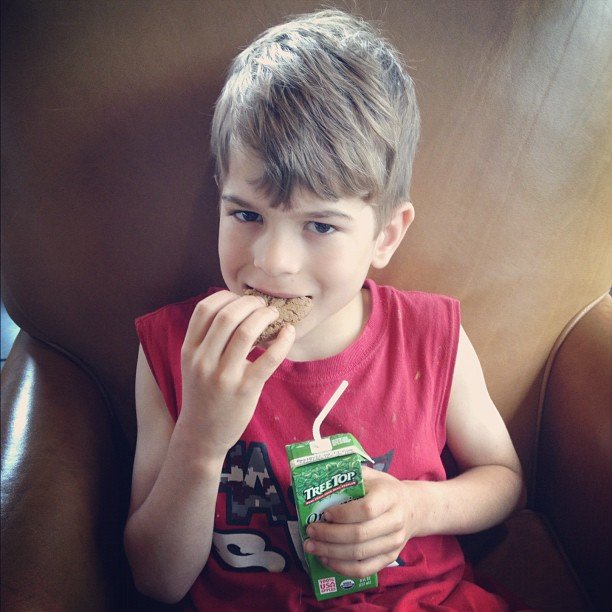 Mordecai’s appointment was drama free. Then it was off to the pharmacy to collect Enoch’s medicine and home for lunch.

I had about two  hours before I had to head back in with Apollo for his very first (and possibly last) feeding therapy appointment.

Do you want the good news or the bad news?

I’ll give you both, since they’re the same. Basically, while we spent the hour having a snack with Apollo and brainstorming ideas to encourage him to eat by mouth, they don’t feel like he can be helped by therapy. He has the mechanics down, he has learned to drink plenty of water after taking bites (to flush to food past the compression in his esophagus). This is something we’ve been working on since his swallow study and Upper GI. But really, it’s his anatomy that’s the problem.

I’m not sure if I’ve mentioned it before or not, but the feeding team from our local Children’s Neurodevelopmental Program asked permission to present Apollo’s case at their state-wide convention. I said yes, of course. They came out and took video of him eating and put a presentation about him together. The therapist yesterday said, “Everyone at the convention was so impressed with what a good job you’ve done making sure he has a good relationship with food! You guys have done exactly what he needs to keep him eating”.

It’s not like I was hoping I’d be told that we were doing everything wrong and had ruined him for life, but…it felt a bit like when you’re 8 centimeters dilated going through transition and being told, “you’re doing so well, keep it up!”. After two years, I’m frankly exhausted at the effort of feeding Apollo. I figure between tube feeding and meals I spent at least four hours a day actively working to feed Apollo.  In some ways the tube is an “easy” way to feed him. Which is great in one sense. He’s growing and full of energy again. And yet, we don’t want him to quit eating food entirely. We, of course, hope that one day he will be tube free.

Now that Apollo is tube-fed and getting enough calories, we have a lot of bad habits to undo. Habits I simply avoided with my other children in the first place. But there is a fine balance (as we discussed yesterday) to be kept if Apollo is going to successfully eat by mouth in the future.

So for now, I’ll keep chugging a long in a state of complete exhaustion, implementing the ideas we discussed at his appointment.