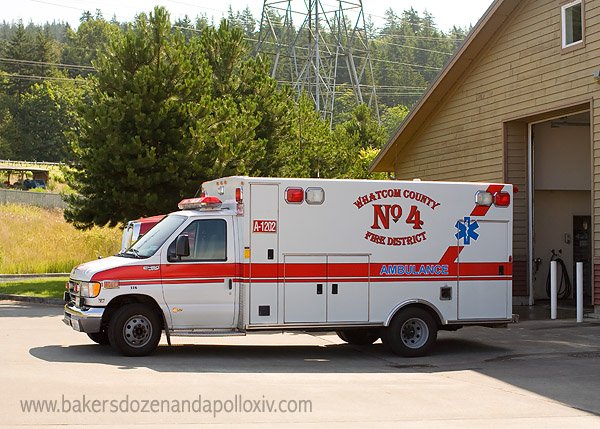 Finally, two years after Apollo’s birth, we made to the fire station to officially say thank you. We took in fresh-baked cookies and the thank you note with pictures of Apollo. For those of you new here, we had to call 911 when Apollo’s cord prolapsed during his birth, and this is the ambulance that transported us. Then in December 2011, Apollo choked on a carrot and we rode in it once again. 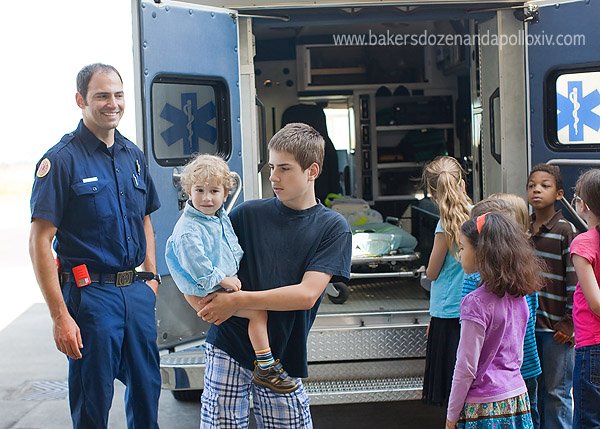 Ah, the memories. Memories I wish I didn’t possess. When Apollo choked in December Enoch was the one to make the call to 911 and talk to the dispatcher. I didn’t have an extra hand as I was doing everything I could to dislodge the food. Keep in mind, this was before we knew he had a double aortic arch…just after we have been told he was fine. 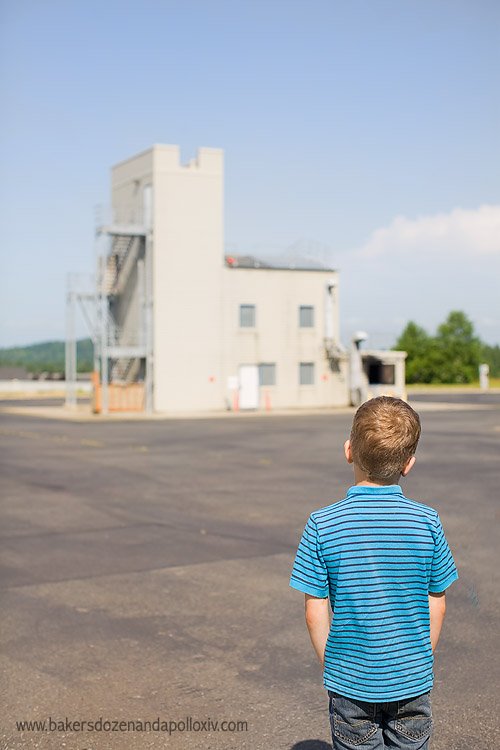 Tucker looking at the training tower. 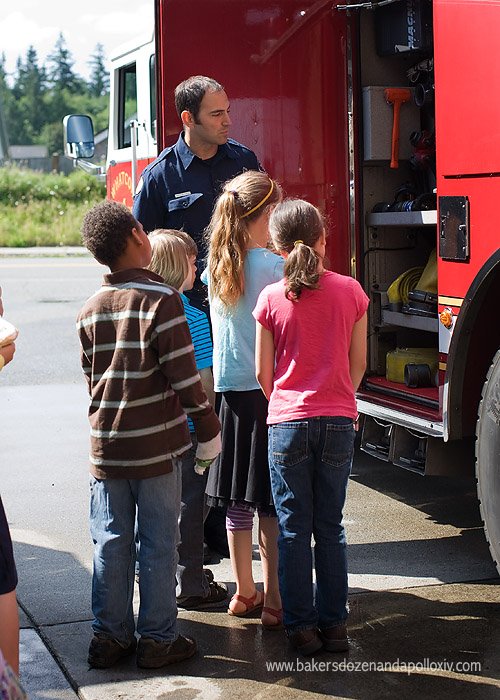 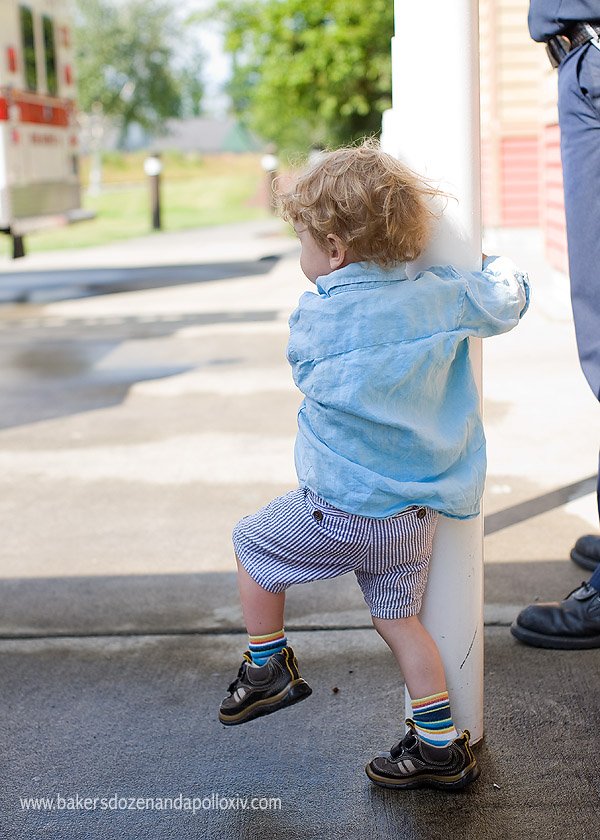 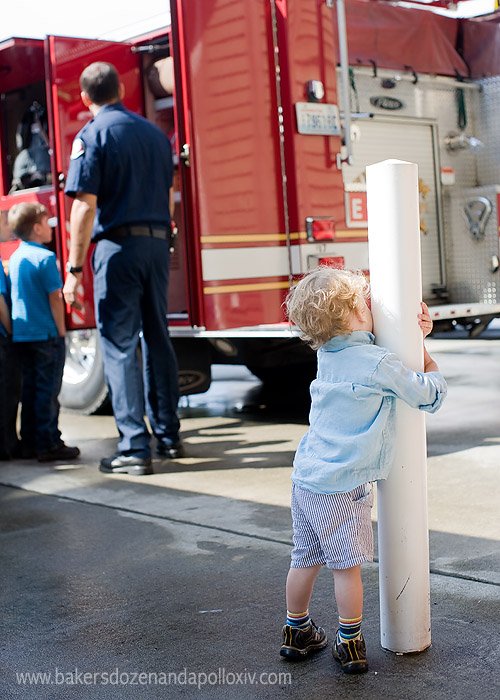 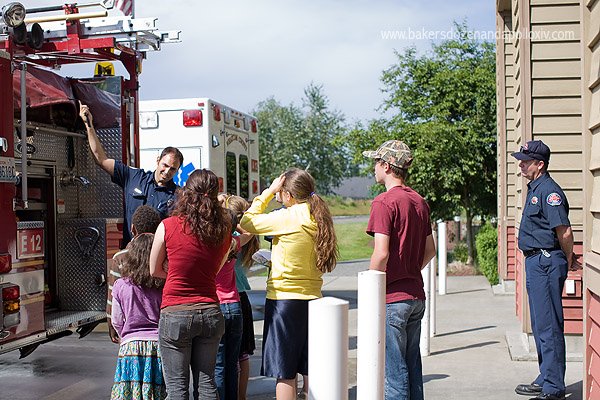 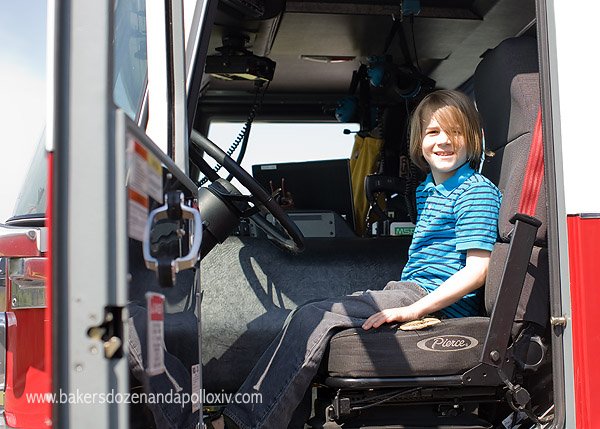 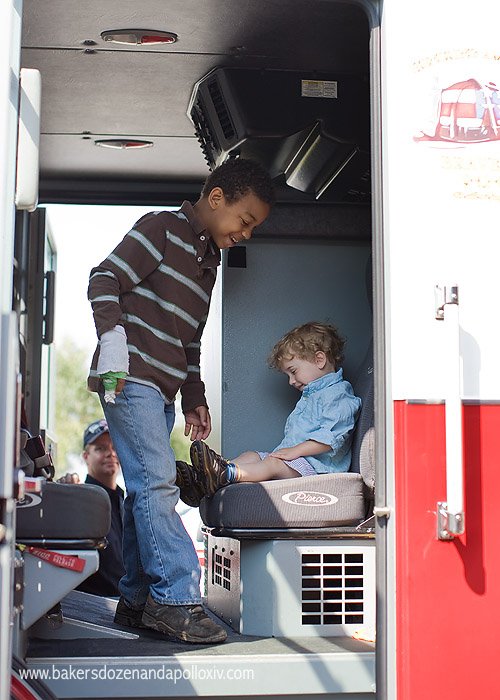 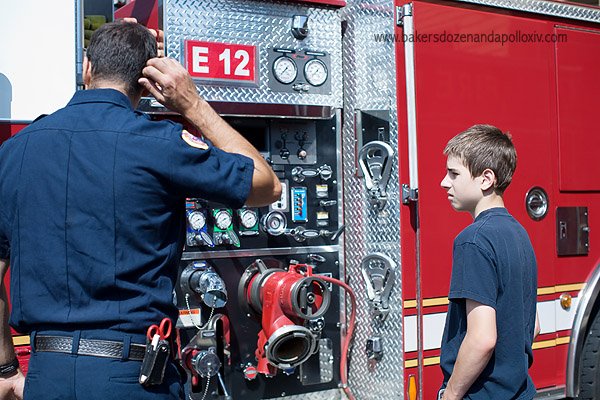 Enoch might look bored, but he was actually listening intently. He, of course, wanted to know what every button, knob and valve was for. It occurred to me that firefighting would be a great job for Enoch. Lots of maintenance and technical stuff mixed in with the terrifying, adrenaline pumping emergencies. Yup, sounds perfect for him. 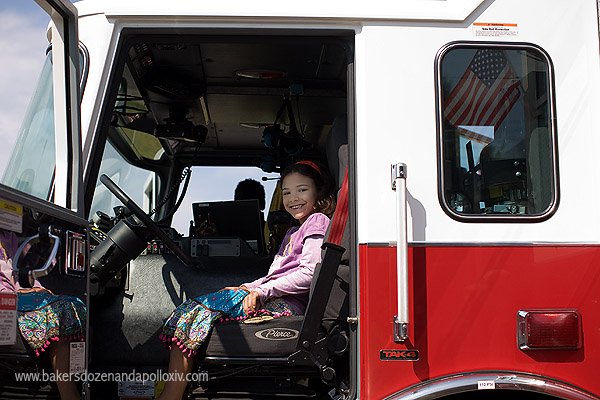 Once again, thank you Fire District #4 for your expertise during emergencies and your friendliness toward our family.

For rest of you, go thank a firefighter today.

So Long, Summer: 62 Hours with No Electricity