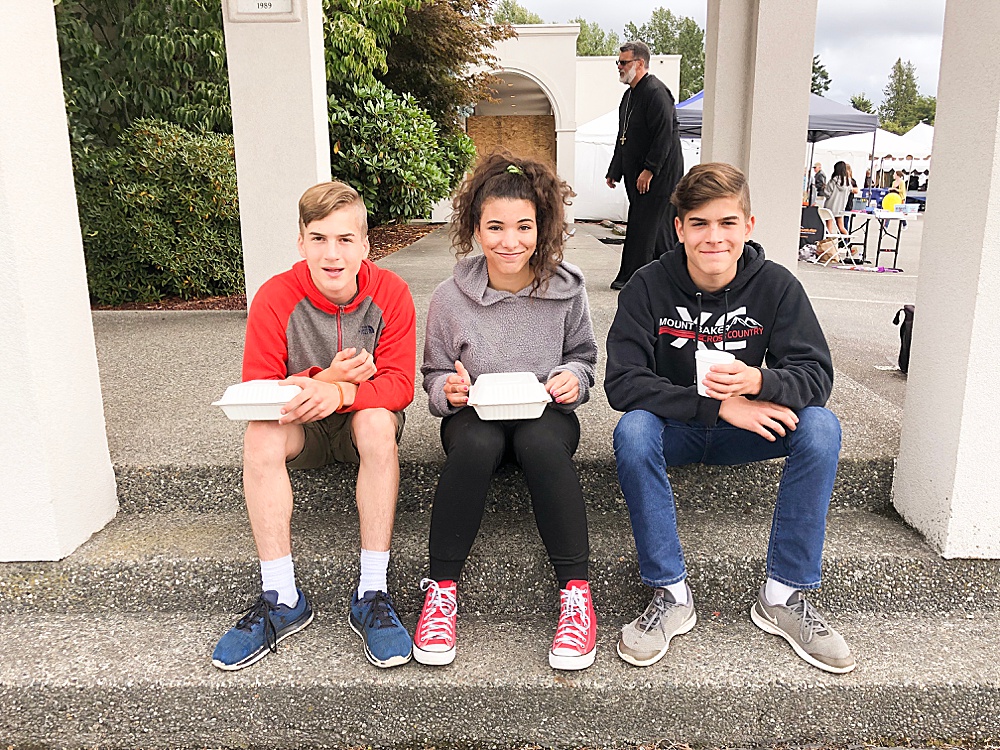 It’s no secret, I pride myself in throwing a good party. I love to do elaborate themes with costumes, food, and games. And then sometimes a party is just friends and food, like this weekend.

We had a party this weekend that involved food, presents, candy, and a dramatic ending that they party-goers are bound to remember for years. While exploring in the back of our property, Apollo the Fearless Leader managed to step on a nest of yellow jackets which was nestled in a fallen down tree. That experience promised him to run like heck right out of there, screaming at his friends to do the same.

And run and scream they did.

Apollo ran in the house full speed and I took him to the couch to see where he was stung…and he still had two yellow jackets following him. Those buggers were . Plan B, I took him into Kalina’s room, closed the door, and had his strip down to check out the damage.

Apollo, 8 stings, Mordecai 3, Indi 1, Joey 2, Bradley 1, DJ 2, Owen 0 (he was smart enough to stay in the house). A few of our guests decided the leave the party with their injured children…for the ones who stayed, we put on a movie, applied some burn cream with lidocaine, and called it a day.

So, yeah, that was interesting.

Sunday afternoon I took Hezekiah, Avi, and Tucker to a local Greek Festival. We drive by every year, but I’ve never actually gone.

We sampled some Greek donuts and gyros.

The Gyros were a big hit. As I mentioned here, we are going through Story of the World for History/Geography/World Studies. Trying the Gyro led to a discussion about Greek food.

The boys decided they would like to try their hand at making gyros. As I type this they are both in the kitchen making some sort of Greek lemon cake, gyros, flat bread, and Greek salad. Add an olive tray and dinner will be made.

This is exactly what I love about homeschooling and interest-led learning even at this age. Instead of sitting in a classroom, both are happily cooking dinner for our family. And in half an hour, they’ll be headed off to cross country practice.