Post contains affiliate links. Thanks Abrams Books for sending me these fun books. 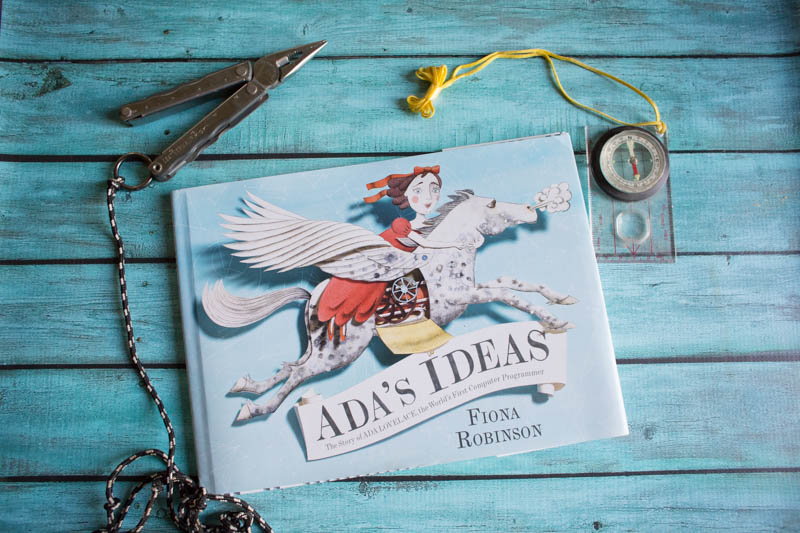 Friends, I love this book! I am a huge fan of picture books that show the fun and human side of scientists and mathematicians. If you haven’t already checked out the books Mathematicians Are People Too you really, really need to. These have been favorites of ours for years. They offer short (and interesting!) narratives of mathematicians throughout history. These books totally opened my mind to the fact that mathematicians are people too.

Ada’s Ideas all the story of Ada Lovelace the daughter of Lord Byron (yes, the poet) and Anne Isabella Milbank a mathematician and lady.  Isabella left Lord Byron when Ada was just a month old. Isabella was so terrified that her daughter would turn out to be reckless and irresponsible like her father, she encouraged the study of numbers and discouraged poetry and anything imaginative. When she became sick and bed bound as a child, Ada focused more and more on her studies.

This book covers the difference engine, analytical engine and Jacquard Loom (my mind is spinning with all the ways this could turn into a unit study!) It shows how one idea leads to another which eventually leads to bigger things such as the modern computers. While Ada died before her ideas would come to fruition, her ideas and algorithms influenced the world’s first working computers. 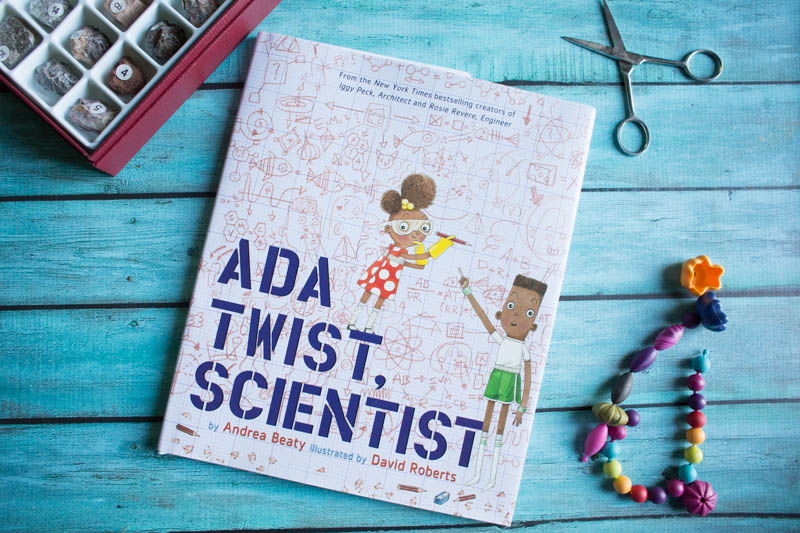 This is another great science book with a strong female character. Ada Twist doesn’t talk for years…until finally one day she asks the question Why? Soon after she is asking, how? where? what? Her insatiable curiously drives her parents crazy but paves the way for her to become a scientist.

This book has fun illustrations and is filled with easy to read rhyming text* that Apollo loves. 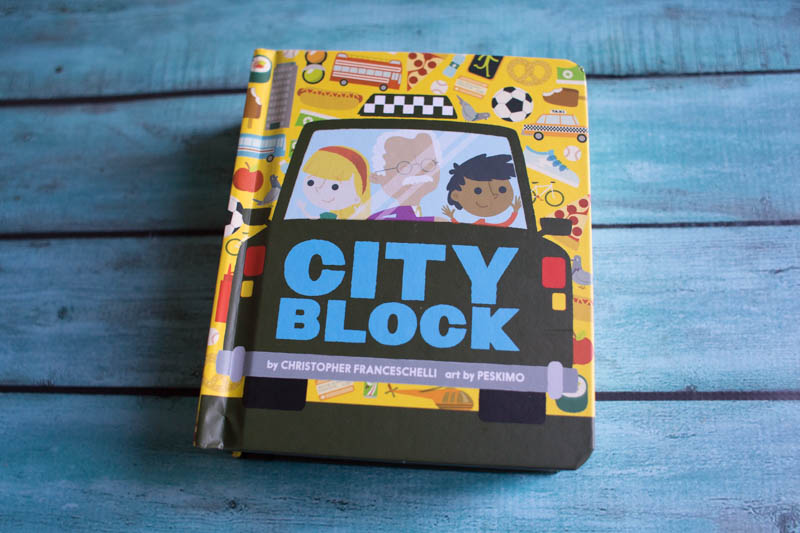 Cityblock by Christopher Franceschelli is a visually exciting book all about the city. The pages are thick and sturdy (think board book) with fun cut out shapes. Each section of the book starts with a big view of the city block, then as the child turns the pages, you see more and more details.

This book is geared for ages 3-5 and, in my opinion, is perfect for those ages. Having said that, Apollo really enjoys this book because of the creative illustrations.

What have you been reading lately? Please share in the comments. I am always on the lookout for a new favorite book!