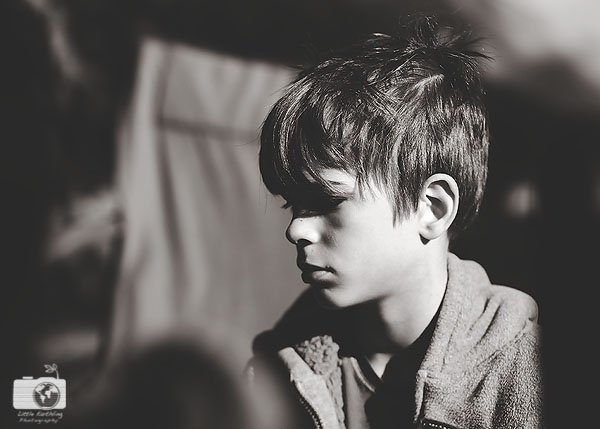 Eight year old Tucker is still struggling with anxiety and what I believe are some sort of panic attacks. This began as soon as he heard that Apollo needs surgery again. The surgery he is  having is minor, but that doesn’t matter to Tucker. The attacks are intense. He gets sick, feels “weird”, his face becomes flushed, his heart races. The worst part of these is they are so unlike Tucker. This is a kid who walked into first grade at age six without a backward glance. The kid who walked right up to his teacher, looked her in the eye and said, “I’m only here because my baby brother has a heart defect“. He’s always been a wild, fearless rascal. Not timid, shy or fearful. It hurts my heart to see how affected he’s been by all of this.

Since this began, we’ve been using Bach’s Rescue Remedy. It seems to help a bit. I’m not if it is a placebo effect or not, but either way he will ask for it if he is feeling anxious.

Yesterday Tucker panicked when I attempted to leave him for his first day at Missoula Children’s Theater. Despite having four older siblings with him, he just couldn’t do it. He face clouded and he fought valiantly to keep the tears back. He has done Missoula before and loved it. He wants so bad to be there. In the end, I called a friend who picked up Mordecai, Avi and Apollo (who were with me) and dropped them off at home with Judah and Tilly so I could stay with Tucker.

I don’t know what will happen today. I can’t sit there with him each day. Today we will go in armed with a Bible verse (I can do all things through Christ who strengtheneth me) and Bach’s Rescue Remedy.

I really don’t know what we are going to do when Apollo has his surgery later this month. We know he will spend at least one night in the hospital and if the doctor ends up doing a supraglottoplasty he will have to be intubated overnight, likely extending his stay to a few days.

If you are the praying type, we could really use some right now. And if you have any recommendations, I’ll take those too.

I just ordered Tucker beads from the Beads of Courage Siblings Program. I am really, really hoping they arrive before August 27th.

News from the Pulmonologist Decoded