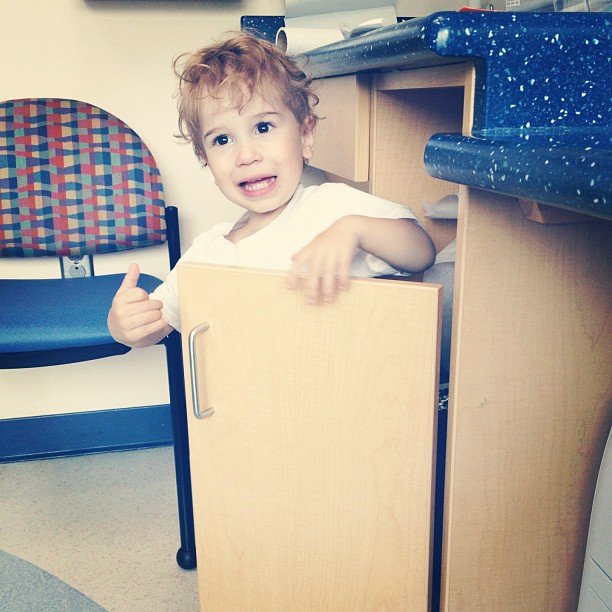 Are those chubby, round cheeks I see? I think so.

He made history at Seattle Children’s Hospital, anyway.

I am home from our two back-to-back days of appointments. I ended up taking Kalina, Jubilee, and Tucker and stayed the night with friends. Much less driving and much more relaxing (sorry for the mess, Emily!)

Day one was an appointment with Apollo’s pulmonologist. We hadn’t seen him since before Apollo’s five-day stay at Children’s for testing.  Some of his first words to me were, “Apollo’s a real anomaly! I don’t mind eating humble pie when I need to…we have a saying,  ‘you’re always only one patient away from being humbled'”

He was referring, of course, to that pesky artery that happens to be tucked right under Apollo’s esophagus. That artery that has kept him from being able to eat and swallow his entire life. The artery that no one suspected, even after his MRI and double aortic arch division. 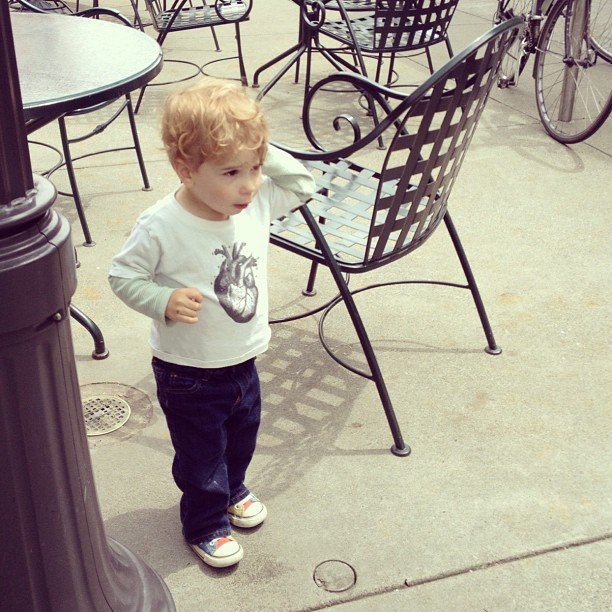 Apollo stalks a bird as we grab lunch before his appointment.

I asked the most pressing question on my mind: why didn’t this artery show up on the MRI Apollo had back in January? The one that showed his double aortic arch?

The pulmonologist said when they reviewed the images, it was there, but everyone thought it was part of the vascular ring and that it would open up when the double aortic arch division was done. He said, “In 30 years of being a pulmonologist I’ve never seen anything like this before. We had a conference about Apollo’s case. I asked, ‘how many of you have ever seen a vascular ring division without improvement in eating?’ and no one had. We know this exists, we found it in a couple of studies, but we’ve never had one here at the hospital. It just never even crossed anyone’s mind.”

Um, wow. This defect is so rare, so unheard of, it doesn’t have a name (I asked). It is so rare, no one even thought to look for it. Even after the surgery didn’t improve his eating.

Apollo has pretty much guaranteed they won’t forget him around Children’s. 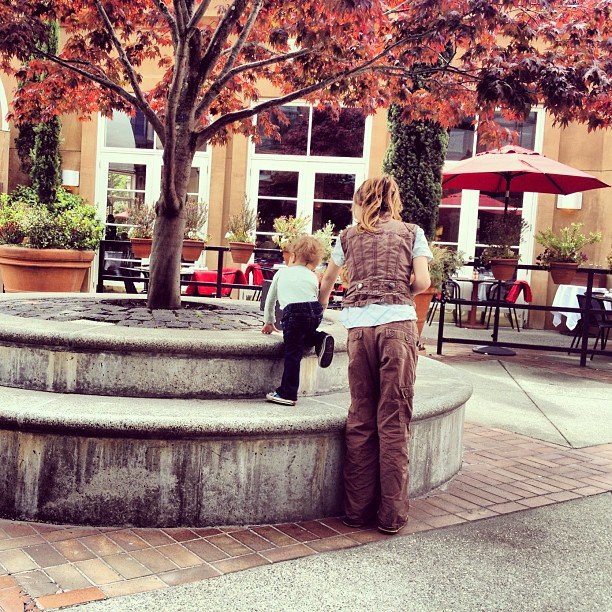 In other news, the pulmonologist said it now sounds like he breathes through a toilet paper tube, instead of a straw. A huge improvement! His weight is 23 pounds and he has crept up to the 11th percentile, from an all-time low of .05%! But, the pulmonologist wants him to gain weight faster, and here’s why:

As I’ve said before, it’s never been about Apollo being “small” or his exact weight. It’s been about a baby who dropped percentiles (from 50% to less than 1%). A baby who went over 3 months as an infant without gaining an ounce. A baby who simply stopped growing barely ate, screamed through every meal, nursed numerous times an hour and barely slept.  Now here’s the clincher: as a baby grows, the trachea stiffens. It’s what’s supposed to happen. In Apollo’s case, his trachea is crushed from the double aortic arch. Every day the tissue of the trachea gets a bit more firm. The slower Apollo grows right now, the less overall growth he will have in his trachea. How much he grows right now will have an effect on his airway as an adult. So if you’re the praying type, there’s somewhere to aim your prayers. 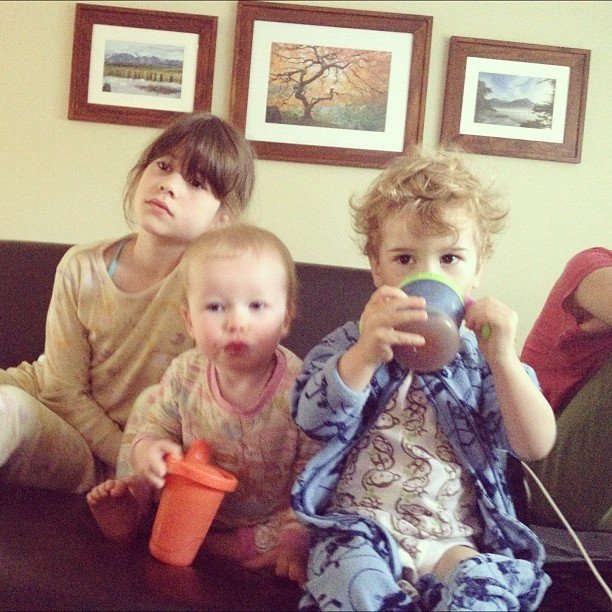 As far as the g-tube, the pulmonologist and GI doctor both made it clear that this defect is so rare and unheard of, they have no idea what will happen with Apollo’s anatomy. The “hope” that things will grow and shift is really just that. A hope. A shot in the dark. No one’s ever seen it, so they can’t predict what will happen. If you recall, the cardiologist said he could only find four studies in the world that referred to this and there were no long-term studies. It’s anyone’s guess.

That just confirmed to me and Chuck that the g-tube was the right choice. Apollo may never be able to eat 100% orally. And it would be cruel to make him slowly starve (as he’s clearly been doing up until now). At this point, I’m not really looking into the future, but just trying to make right now better.

The GI doctor removed some of the granulation tissue with silver nitrate and gave us a prescription for a steroid cream. Now it’s all about managing life with a tube. It could be worse.

And I was reminded of that, as I drove to the hospital yesterday, just two miles away from a multi-victim murder that took place just an hour before. The manhunt was in full swing as we drove to our appointment. I saw numerous police, saw the helicopters searching and heard the Seattle police warn against “opening your door to anyone you don’t know”. Yes, it could be a whole lot worse.