A date at Boomer’s Driv-In…with three of my boys. 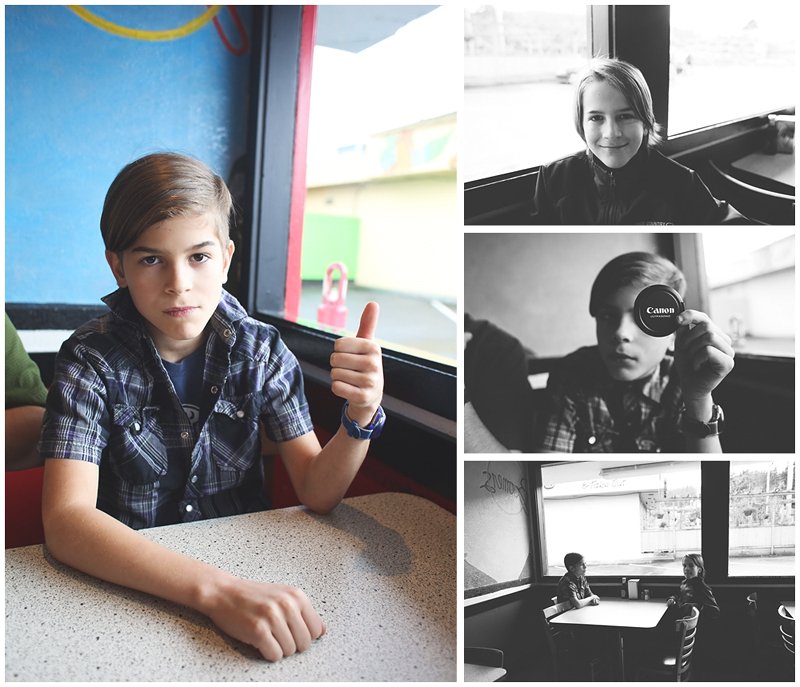 On thing I forgot to add to our Non-Gift Christmas Traditions list is our annual Use the Kids’ Summer Reading Coupons In December Before They Expire tradition. This is probably one of the kids’ favorite traditions. For me it is kind of like an episode of the Amazing Race...can we make it to six or seven different locations to redeem each coupon…before they expire on December 31st? Last year we redeemed the last of the coupons on New Year’s Eve. Hey, those TV shows are only interesting because of the suspense, am I right? 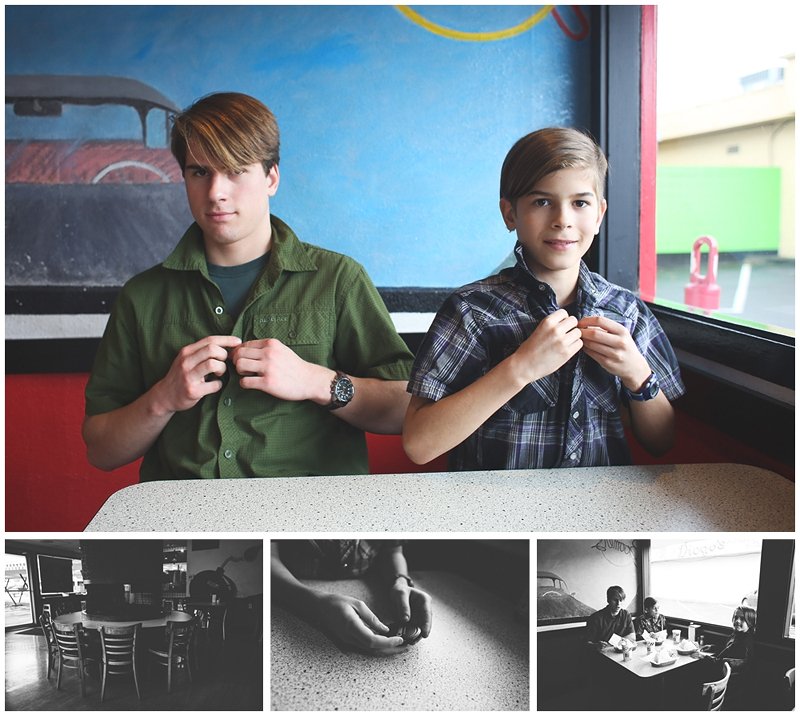 The library used to give out a coupon to a single place each summer…like the year it was a free cupcake at Katie’s Cupcakes. I’ll never forget that blog post in which a reader left a scathing comment letting me know how cruel it was to take all of my kids to a cupcake shop, but only allow the ones who had coupons to indulge. Only, I never said anything about depriving my non-coupon-bearing children cupcakes. And I did indeed buy cupcakes for my poor, suffering children who didn’t have a coupon. Unfortunately, it looks like the comment didn’t move over when I moved my blog to this domain. I’d love to read it again for the sake of posterity. 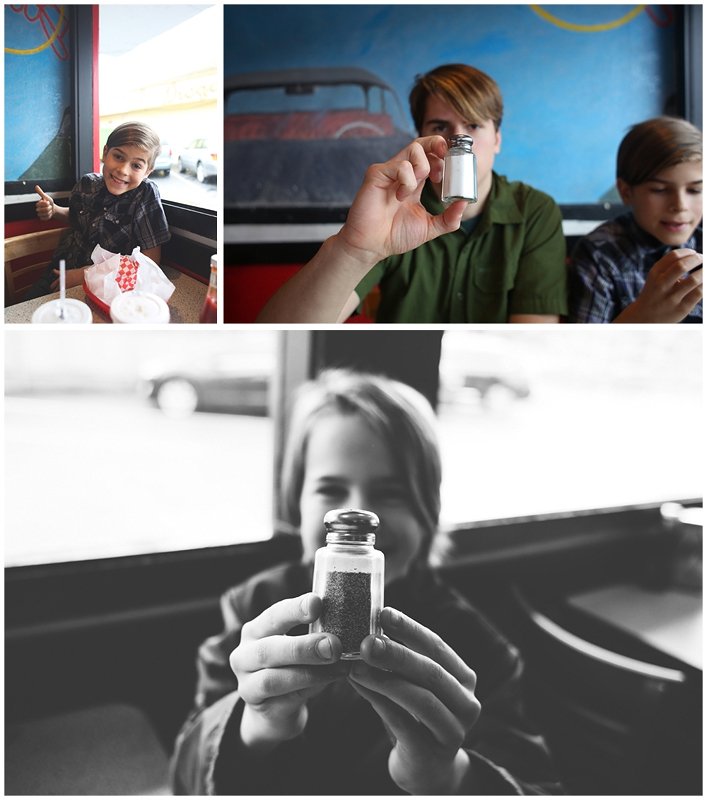 For the last couple of years the library has been giving out coupons to different local businesses each week. And for some reason it didn’t occur to me to have the kids turn in their summer reading lists all on the same day. Thus our Use the Kids’ Summer Reading Coupons In December Before They Expire tradition. Which is totally fine. Hezekiah’s coupon for a free Boomer’s  Burger only cost me $26. A bargain. 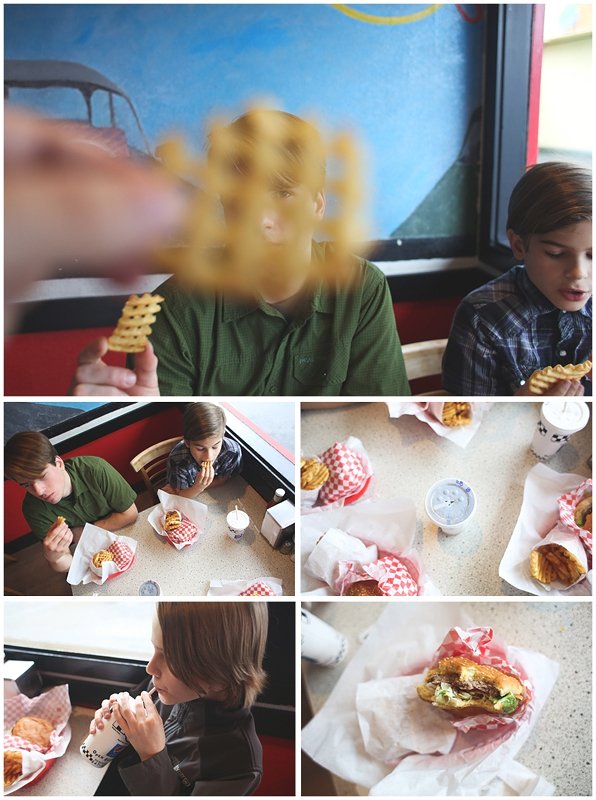 Initially I was going to just take Hezekiah. Then Tucker asked to come and I left the decision up to Hezzy (it was date, after all). He said sure and then Enoch managed to smooth-talk his way in by pointing out he could get “more driving hours in” by coming along. And so the four of us went…and had an absolute blast. I laughed so hard I was crying at times. Which is good, because that is only workout  my poor abs are getting these days. 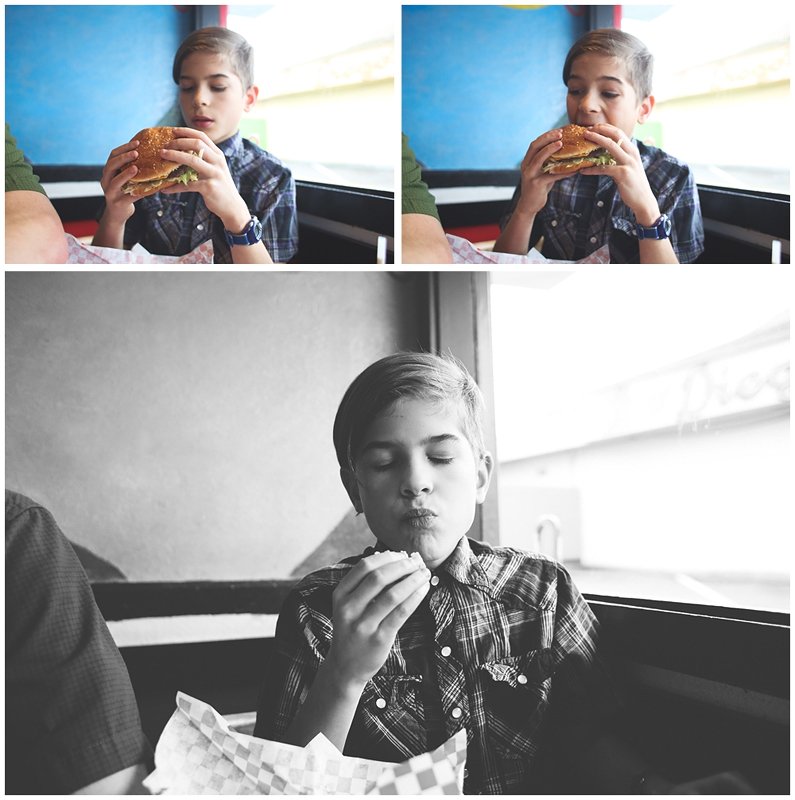 Tucker loved Boomer’s Drive-In. He kept saying, “I feel like I’ve gone in a time machine and gone back to the 80’s”. Which is awesome, except that Boomer’s is modeled after a 50’s car hop type drive-in. You might remember my date here with Avi, when we sat in the van to eat. Today the boys chose to go in. This was Tucker’s first time, and these photos were not posed. This is truly how much he enjoys his burger! 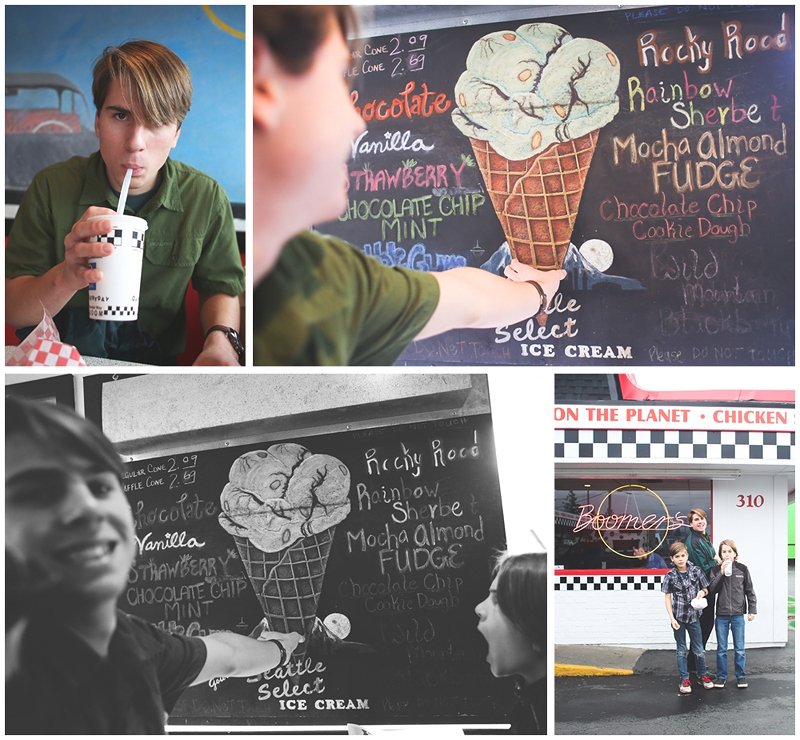 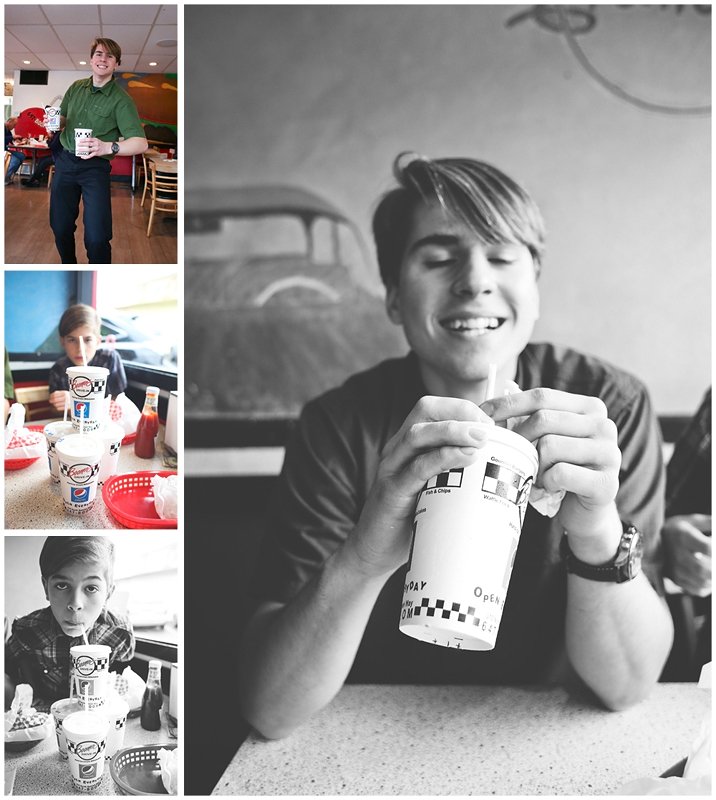 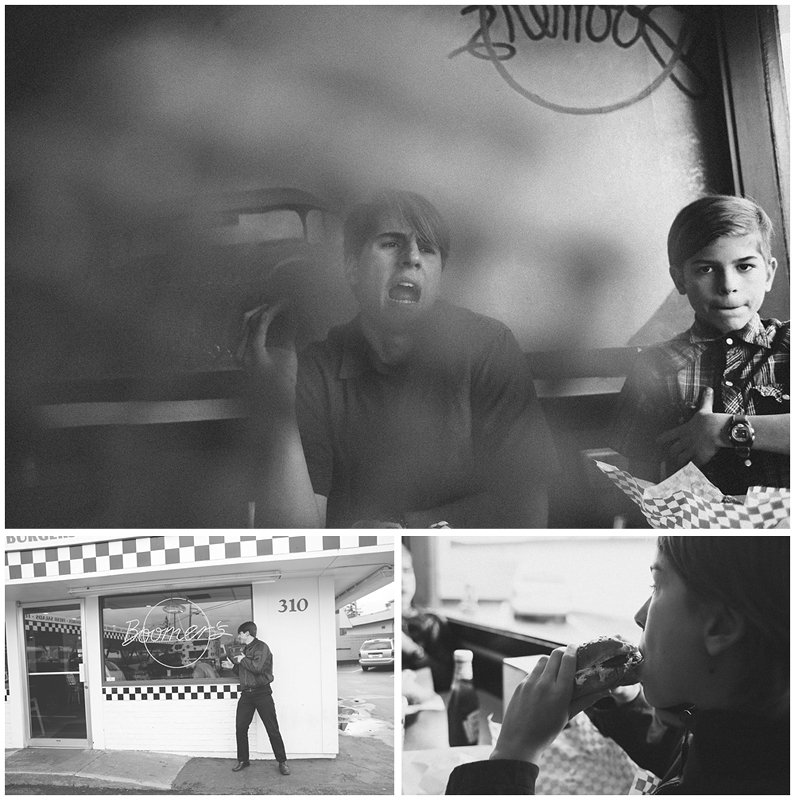 If you’re wondering about the top photo in hits set, I was trying to take a picture of Enoch through my waffle fry. It didn’t work out quite the way I had hoped…but I thought the photo turned out pretty cool anyway. And I have no idea why he looks like he is suffering….

Our trip to Boomer’s Drive-In truly was the highlight of week!

How was your weekend?

11 thoughts on “Boomer’s Drive-In With the Boys”