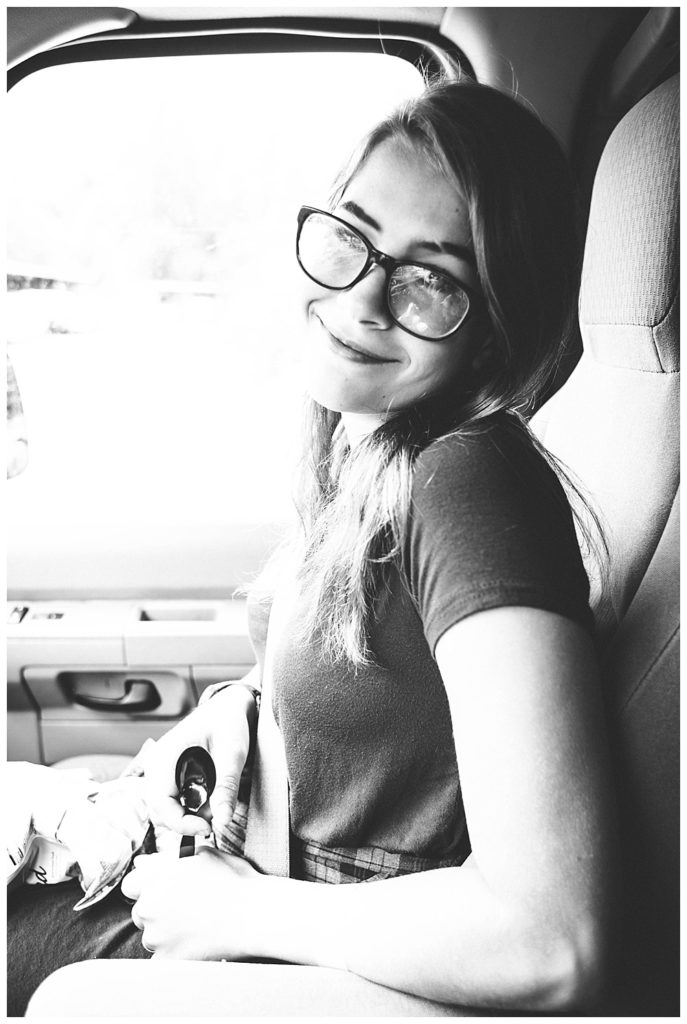 Last week was Kalina’s yearly hearing test. Kalina was diagnosed with unilateral hearing loss in 2013...when she was twelve years old.

I will forever regret that she wasn’t diagnosed sooner…but I did due diligence as her mother. When Kalina was just a toddler I took her to the doctor and explained (rather awkwardly) that I was concerned about her hearing because when she spoke she sounded like a deaf person.

Now, we knew she could hear, since she responded when we called her name, and she talked (a lot) but she sounded exactly like a deaf person.  The doctor looked in her ears, talked to her, and said, “I think your expectations of what a toddler should sound like are just too high. Let’s give it some time and if her speech doesn’t improve naturally, we can have her hearing tested”.

And that was that. Her speech improved and the worries about her hearing all but vanished…

Kalina’s appointment was at 8:15 in the morning at Seattle Children’s Hospital which means we got to leave a little before six am…and still got stuck in so much traffic we barely made it. Apollo decided to come along for the ride and was eager to play in the sibling playroom (an area he has rarely been able to access since he’s usually the patient). 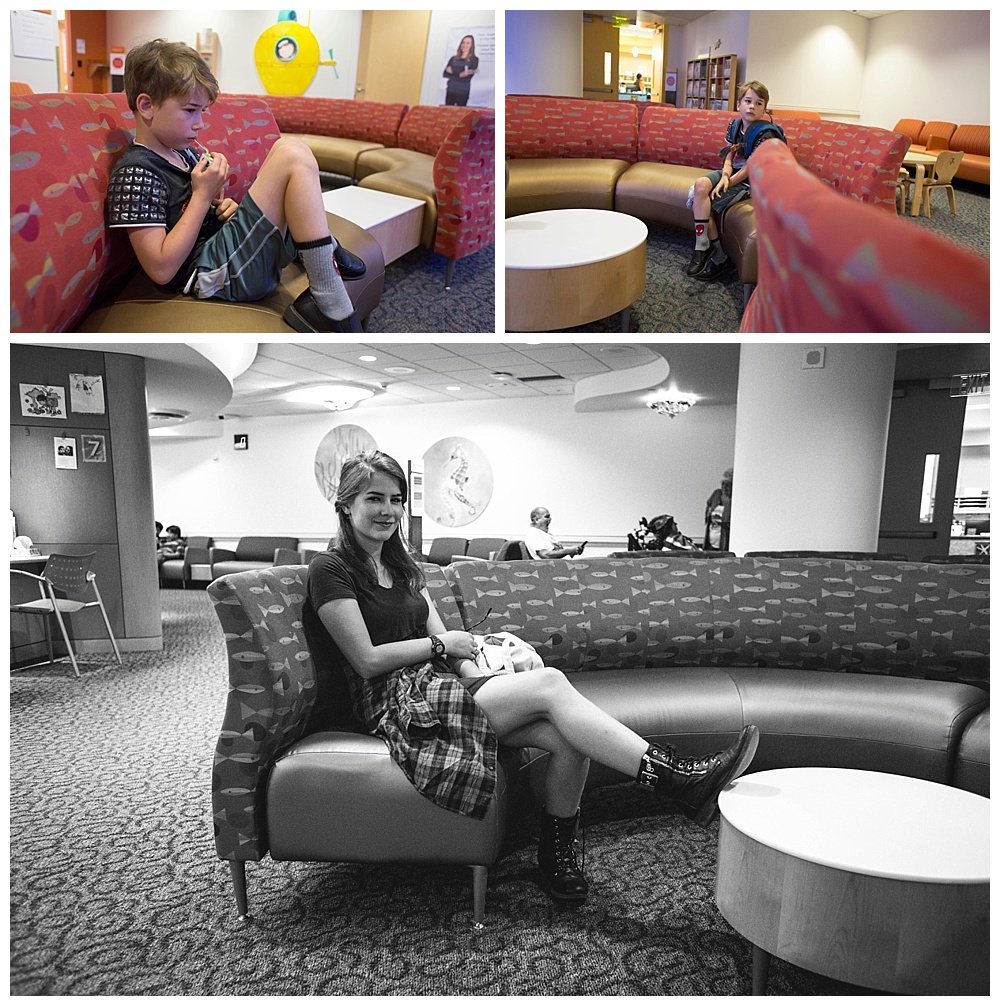 After arriving, just in the nick of time, I left Kalina in the waiting room and quickly when down two floors to check Apollo in. 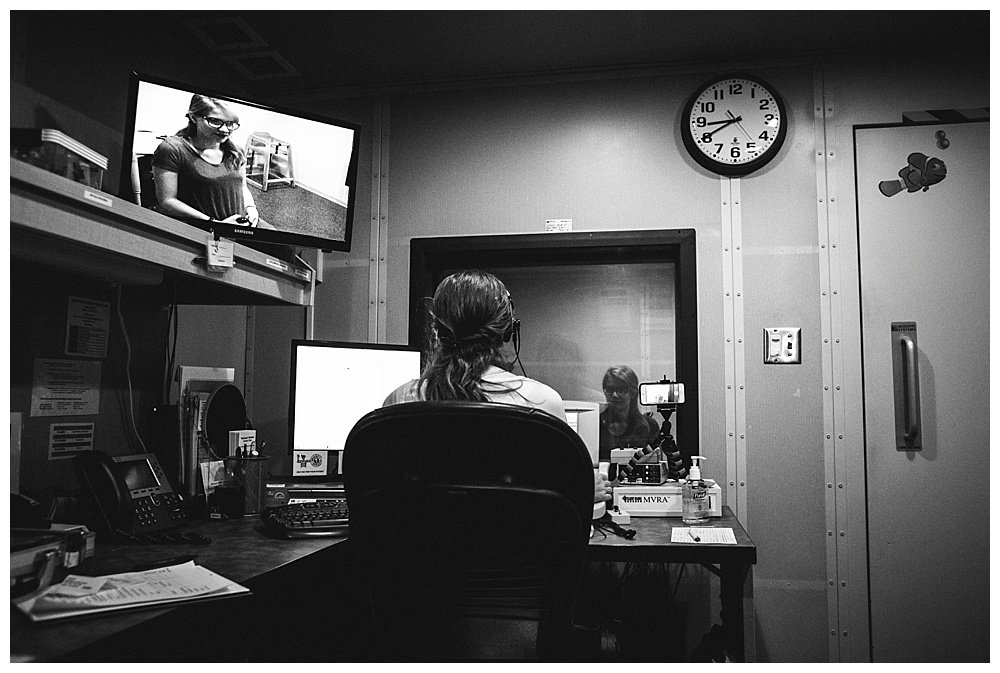 So instead, Apollo got to come a long and be very quiet while Kalina had her hearing checked.

It always fascinates me to watch Kalina’s hearing test.  Sitting on the other side of the soundproof room, I can hear the same tones they are testing Kalina for. For part of the test, the technician says a word (with her mouth covered so Kalina can’t lip read) and has Kalina repeat it. This is always a good reminder to me to be patient… there is so much she doesn’t hear…and so much she hears wrong as her brain tries to fill in the missing sounds. 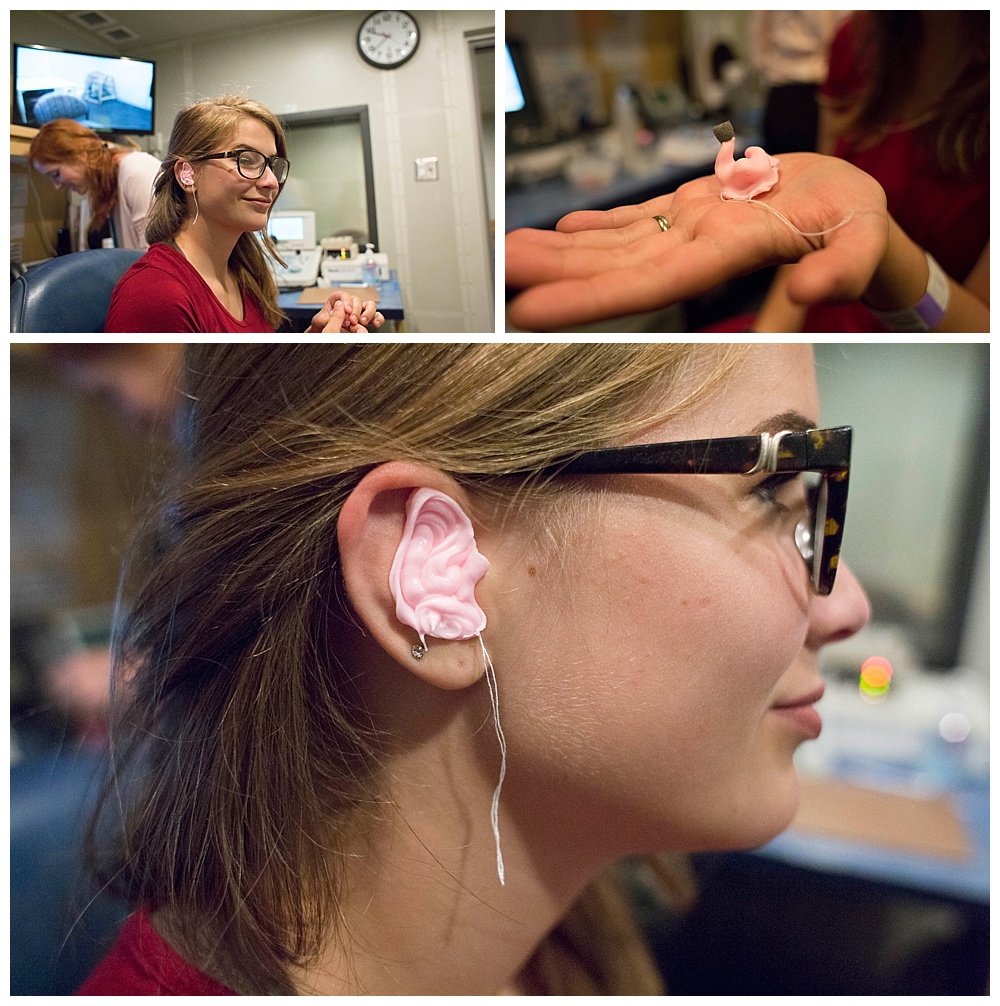 Part of the earpiece for Kalina was damaged in Peru, so Kalina needed a new mold of her ear taken. Unfortunately, insurance doesn’t cover the cost of hearing aids (which are several thousand dollars) and the hearing specialist said it was time to start thinking about a newer hearing aid. Time to start saving our pennies… 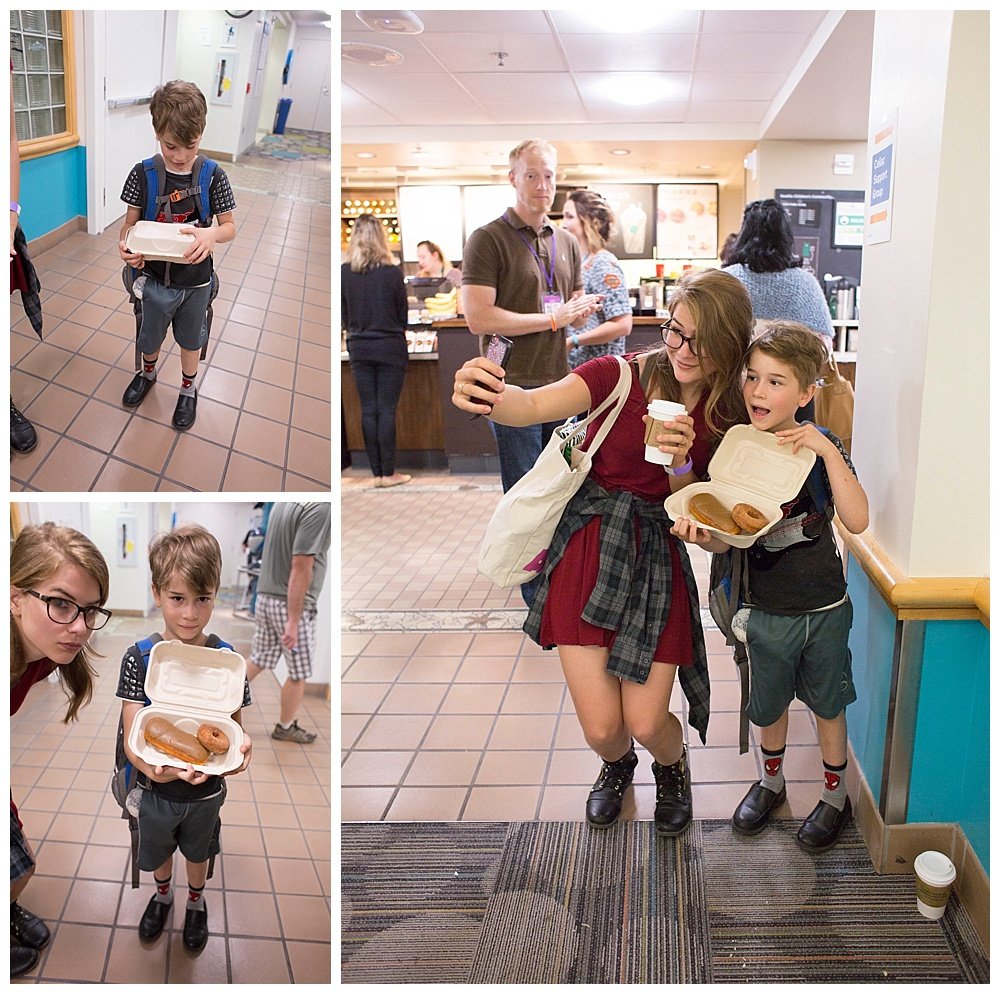 The playroom may have been closed but the cafeteria (and Starbucks) were open. Afte looking at all the selections Apollo chose a donut. Or two. 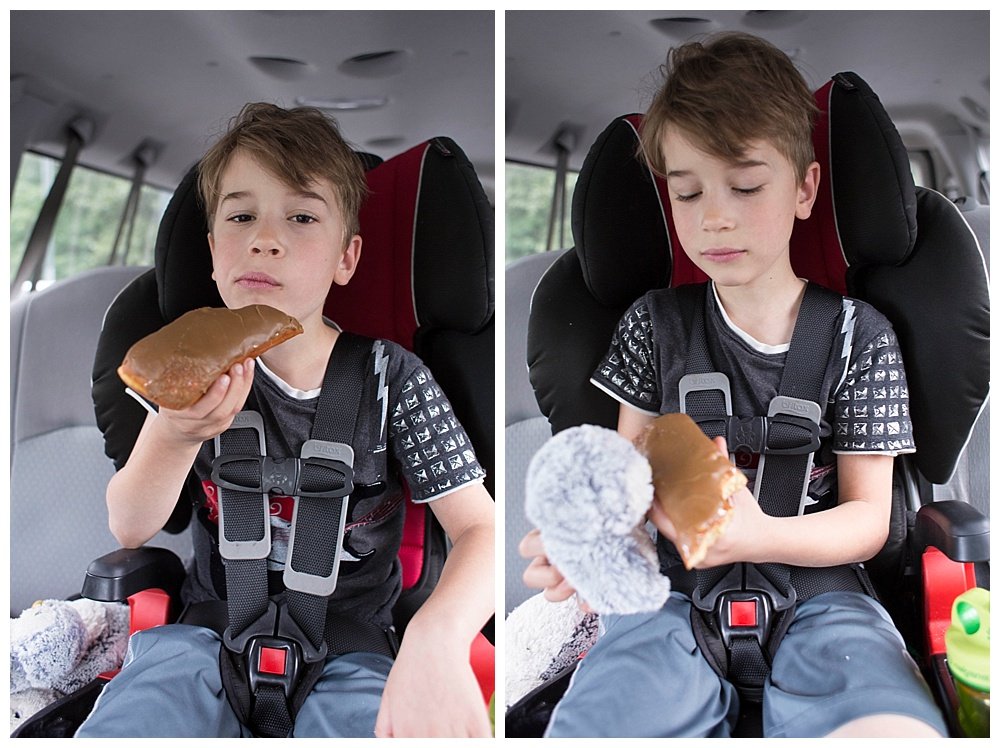 Thankfully, Apollo was kind enough to share his food with Waddles the Penguin. 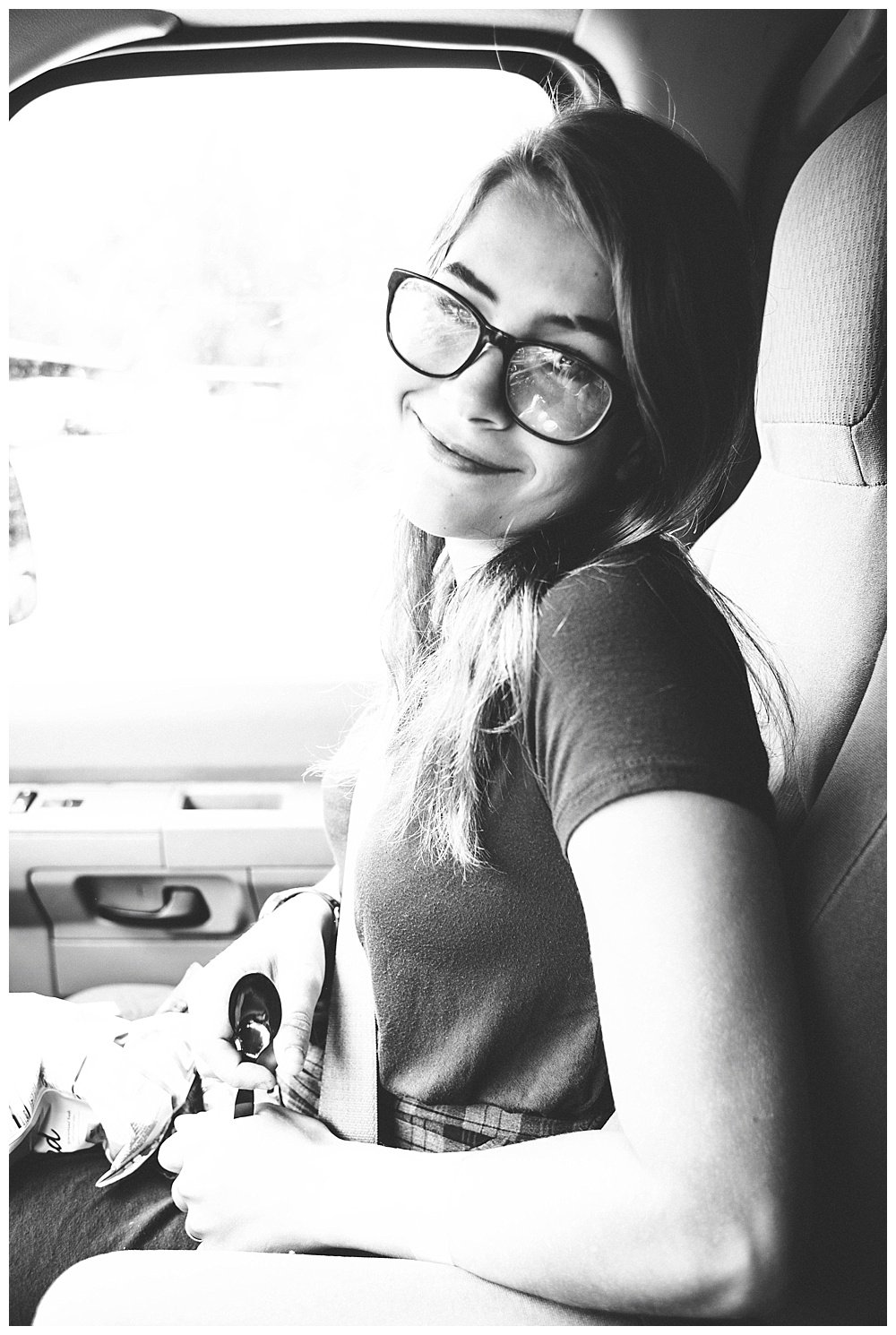 Kalina has been writing more about her hearing loss. To learn more from her perspective check out these posts on her blog:

Why I Don’t Talke on the Phone

Why I Always Use Subtitles

Top Ten Pros and Cons of Being Deaf

Also, be sure and check out her cute video here.

And if you are interested in hearing health check out The Ultimate Guide to Hearing Health.