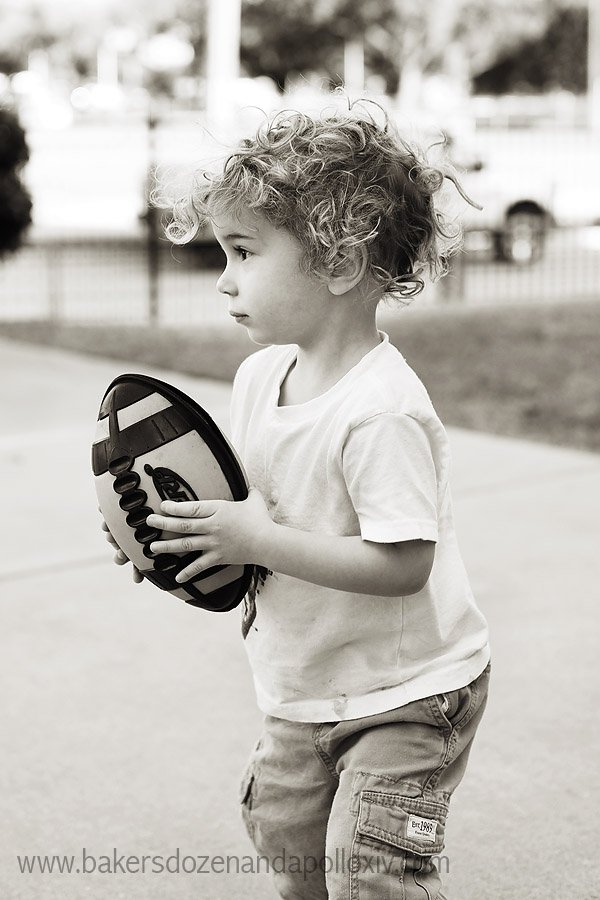 It’s unlikely he’ll ever be a pro football player…but with that much cute who needs the NFL?

Three and a half weeks post-surgery. Apollo is doing great physically; he’s active and seems to be healing well. His breathing is quiet and his choking is very infrequent (but occasionally present). He is displaying none of the anxiety he had after his first double aortic arch division.

His doctor gave the okay to quit giving the formula all together since he’s clearly not tolerating it. Instead we are blending a variety of fat-free foods in our Blendtec and adding medium chain triglyceride oil prescribed by the doctor. 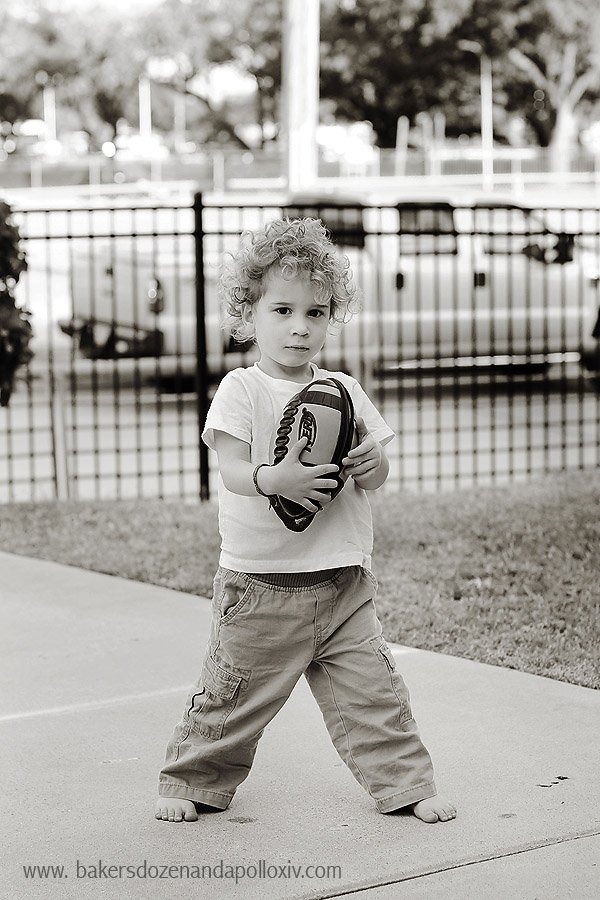 The heat and humidity in Houston did wonders for his curly hair!

There are so many  thoughts and memories swirling around in my head from our time in  Houston. I wish I could have recorded them daily while I was there…I need to write them out in some form. Partially because it helps me process the experience and partially because I don’t want to forget…. 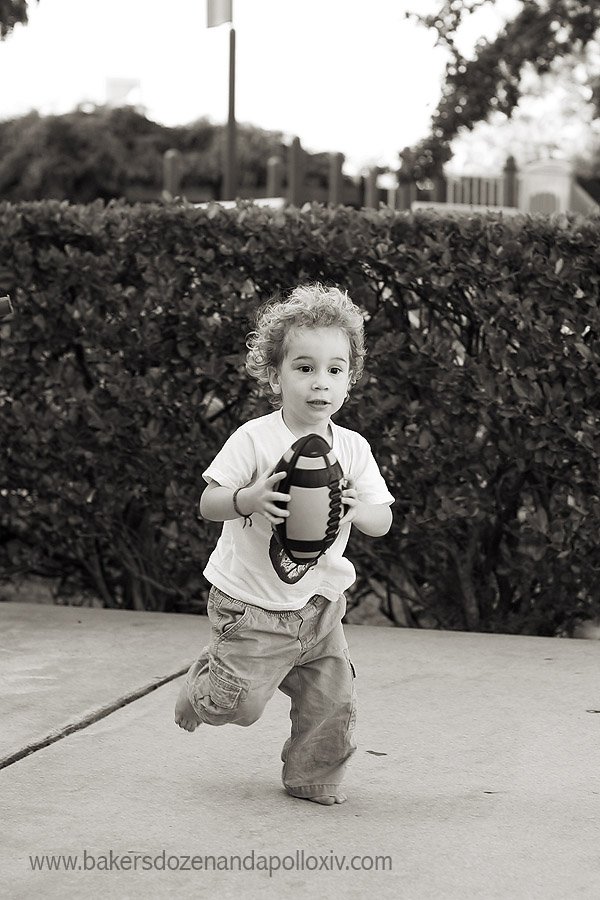 Apollo was vomiting frequently in the hospital and once we were past the first few days and he was wanting to be up and active I dressed him in his own clothes instead of a hospital gown. To tell you the truth, it never crossed my mind to put him in one. It just seemed like he’d be so much more comfortable in his own things. Anyway, every time I’d have to change him he’d  be fine until I began to put the new clothes on. Then he’d start to scream, “No, I don’t want to be like the nurses!” over and over. Sometimes I couldn’t even calm him down enough to dress him. I have no idea what he meant by that…I assure you, everyone was dressed in the hospital, not just the nurses. He has carried this on here at home and I can still barely dress him…He never complains when the clothes are on, it’s just getting them on…

It was so sad….after the first few days in the hospital every time someone would walk into the room Apollo would tense up and say, “What is she going to do to me?” over and over. It was heart breaking. Such a confusing experience for such a little guy.

Our biggest issue right now is Apollo adjusting to real life. After all, he just had his Mama twenty-four hours a day seven days a week. All to himself. I was there when he went to sleep and there when I woke up. I fed him every meal. We slept wrapped in each others arms. I had no meals to prepare or house to clean. I was available all day to be with him. He’s a mama’s boy to start with and now he doesn’t want to share me. Or have me be out of his sight. Who can blame him, right?

Which reminds me. I got my hair cut this afternoon. Short. And Apollo doesn’t like it. In fact he cried when he saw it and said, “Why did you do that?” I told him I needed to get it cut and went to Great Clips where the lady cut it for me. “What is her name? What is her name?” he kept asking. When I said I didn’t know he turned to Chuck and said, “Daddy, what is the name of the lady who cut Mama’s hair?” Then he sat with his little lip trembling, barely able to look at me.