Prepare yourself for a cuteness overload. Since I have posted in a few days I’m going to just assume that you are dying to see photos of Apollo.

I am going to blog about the actual surgery later, for now, enjoy a little update.

These photos were taken two days post-surgery. He is being tube-fed as he eats his lunch. Talk about multi-tasking! We had friends (with a formerly tube-fed toddler) over to give us some tips. Kara commented that she didn’t think she’d ever seen Apollo eat without crying or be relaxed during a meal.

Apollo is still in a fair amount of pain. He cries every time I change a diaper, touch the tube, carry him, etc.  He is also very scared to have it touched. He is just taking Tylenol for the pain and once the three and a half hour mark rolls around he’s hurting. But in between is happy and playing.

Warning: Looking at the following pictures may make you want to have a cute toddler of your own, and/or change your mental picture of congenital heart defects and tube fed children.

Here Apollo is playing while he’s being fed. Right now each feed takes 45 minutes (and he’s only getting 30 ml…a little over an ounce!) When we were giving him 40 ml he was bloated and in pain afterward. We will increase the amount he is given every 2-3 days as he tolerates it. 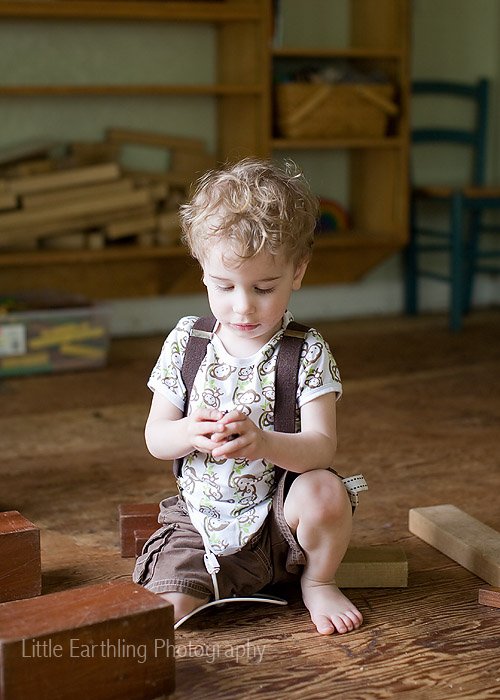 Apollo’s pump can be placed in a little backpack and transported around the house. 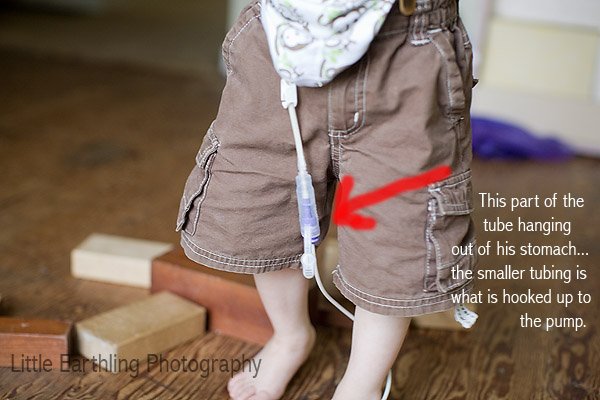 He has eight inches of tubing sticking out of his stomach, with a huge port attached to the end. Seriously, the thing is ridiculously big. We ordered a belly band (to keep it up against his body) and a friend brought a few over, but right now his stomach is too tender to use them. No running around shirtless this summer…

In three months, this tube will be replaced with a smaller version that does not have the eight inches of tubing connected or the giant port. 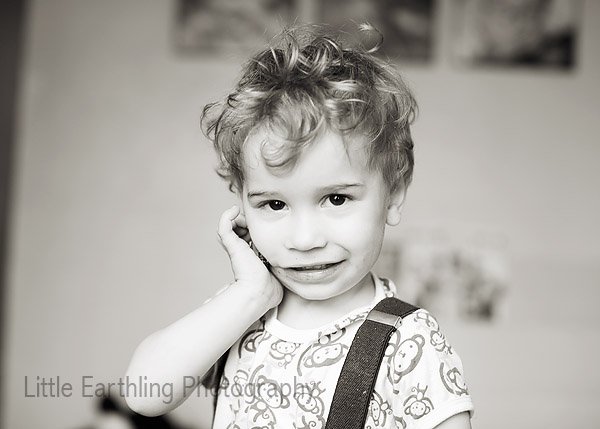 Doesn’t he look healthy and beautiful in this photo? You’d never guess his anatomy is all mixed up… 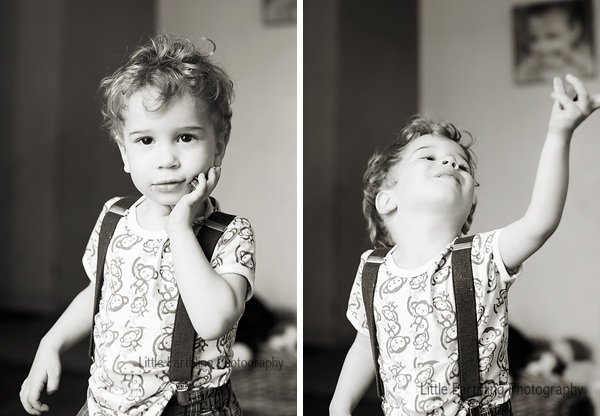 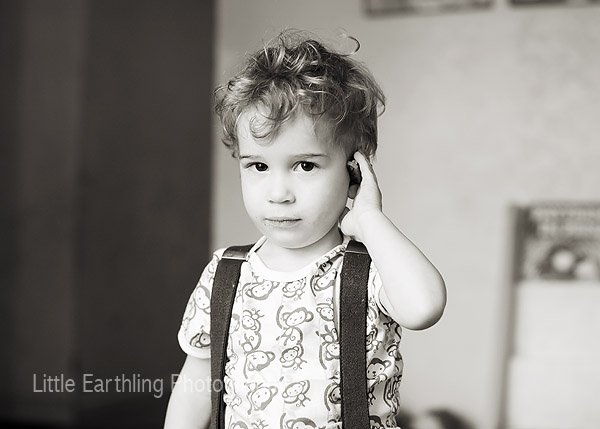