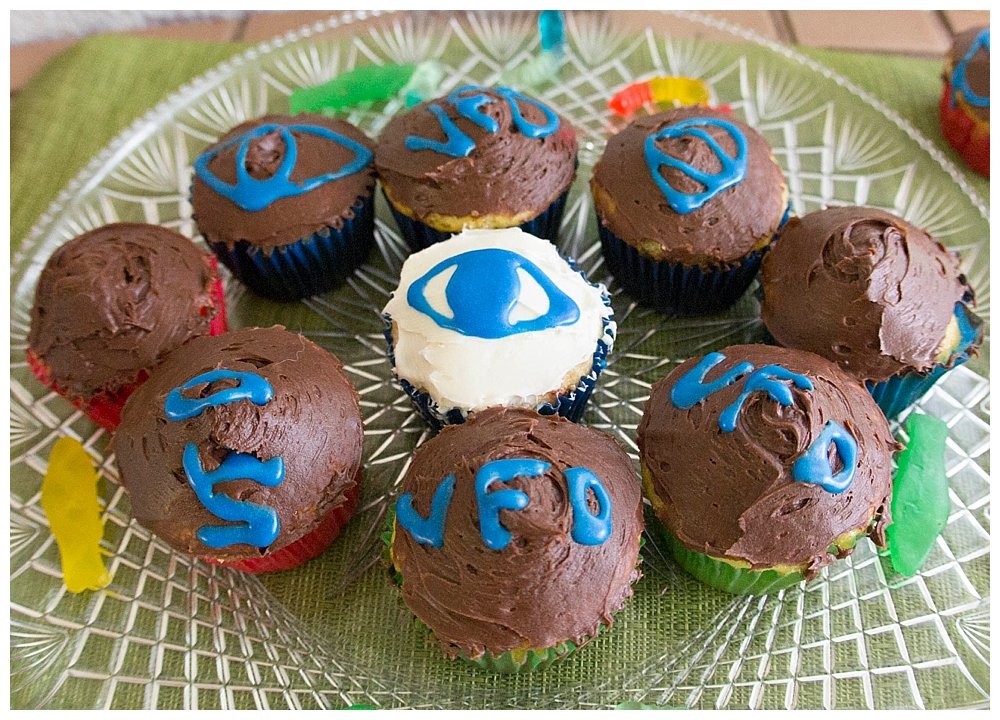 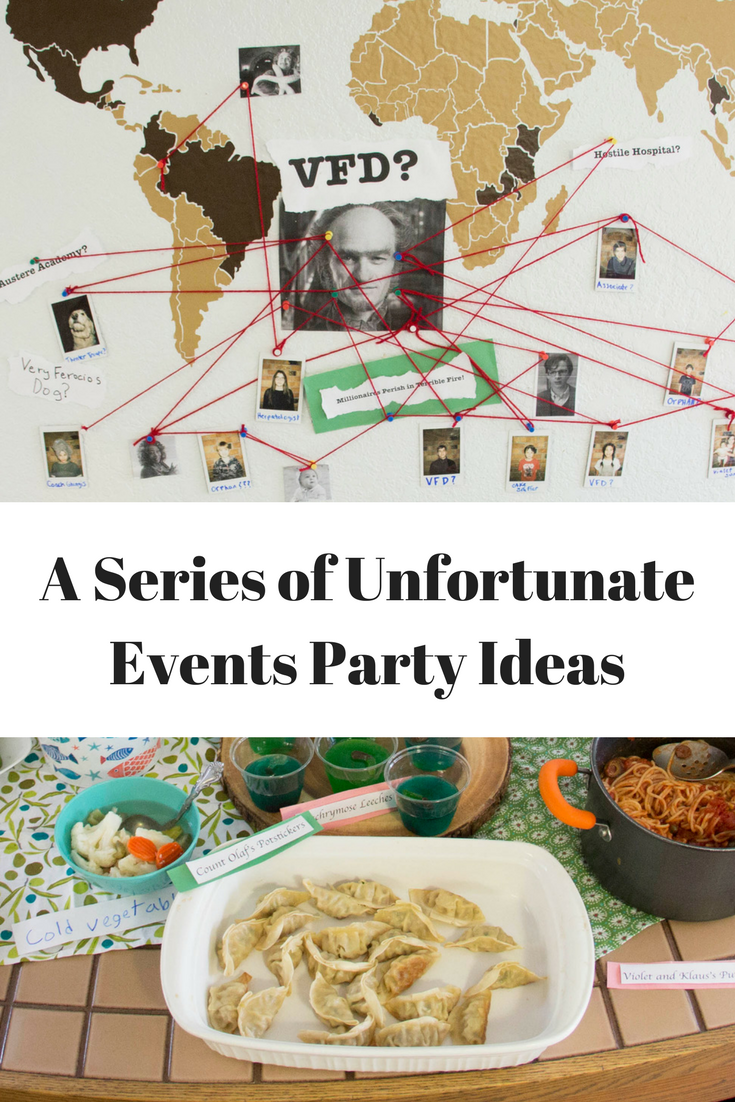 We are long-time fans of A Series of Unfortunate Events books in our house.

I read the first few of these out loud to my older kids and most of them read the rest on their own. If you aren’t familiar with the books, the story is told by narrator Lemony Snicket and they are hilarious. Any adult reading these will find humor in them (which makes it so much easier to read). It tells the story of the Baudelaire orphans who parents die in a fire. The three siblings Violet, Klaus, and Sunny are relentlessly pursued by Count Olaf who is determined to get his hands on their fortune. 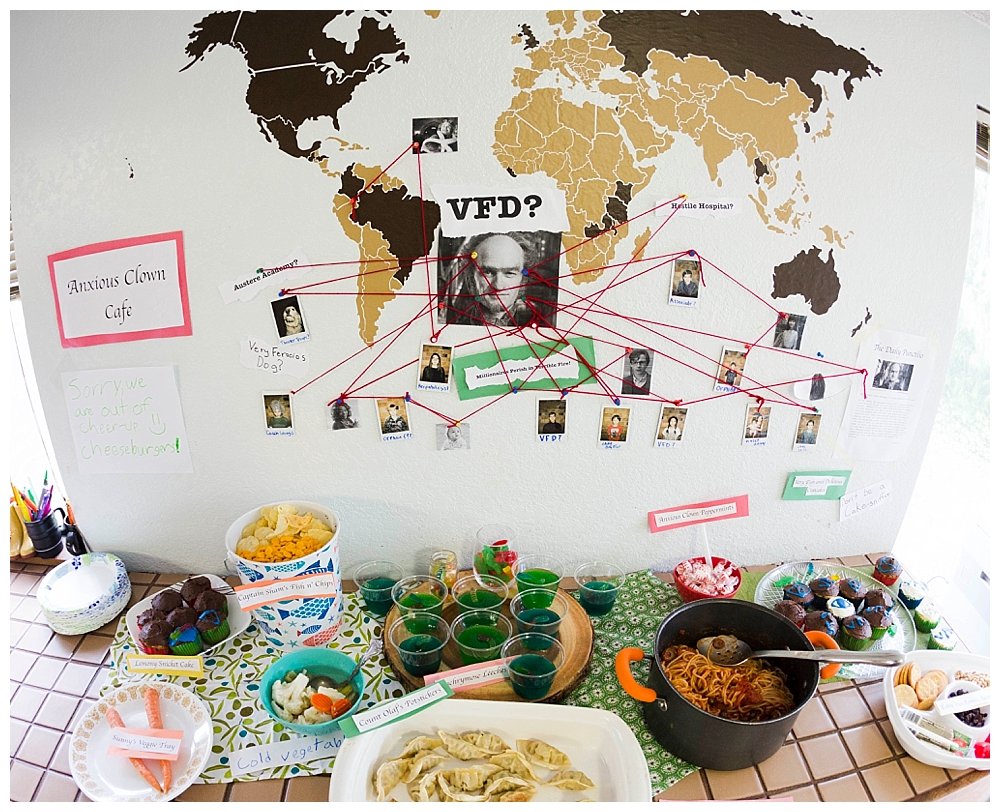 We loved the movie starring Jim Carrey and I wasn’t planning to watch the Netflix series until Tilly told us she watched the first few episodes and enjoyed it. I watched season one with the kids in the fall and we were all eagerly awaiting the release of season two…and then decided to have a little party to celebrate.

Now, I have to make a confession…the morning of the party I woke at 4 am with a migraine…I thought we would have to cancel, but with some medicine, I was able to get enough relief to go ahead with the party. I really didn’ want to reschedule because this was spring break and my older kids were home. So, anything that wasn’t done ahead of time, didn’t get done.

There are so many fun ideas for party foods. Here are a few we came up with. 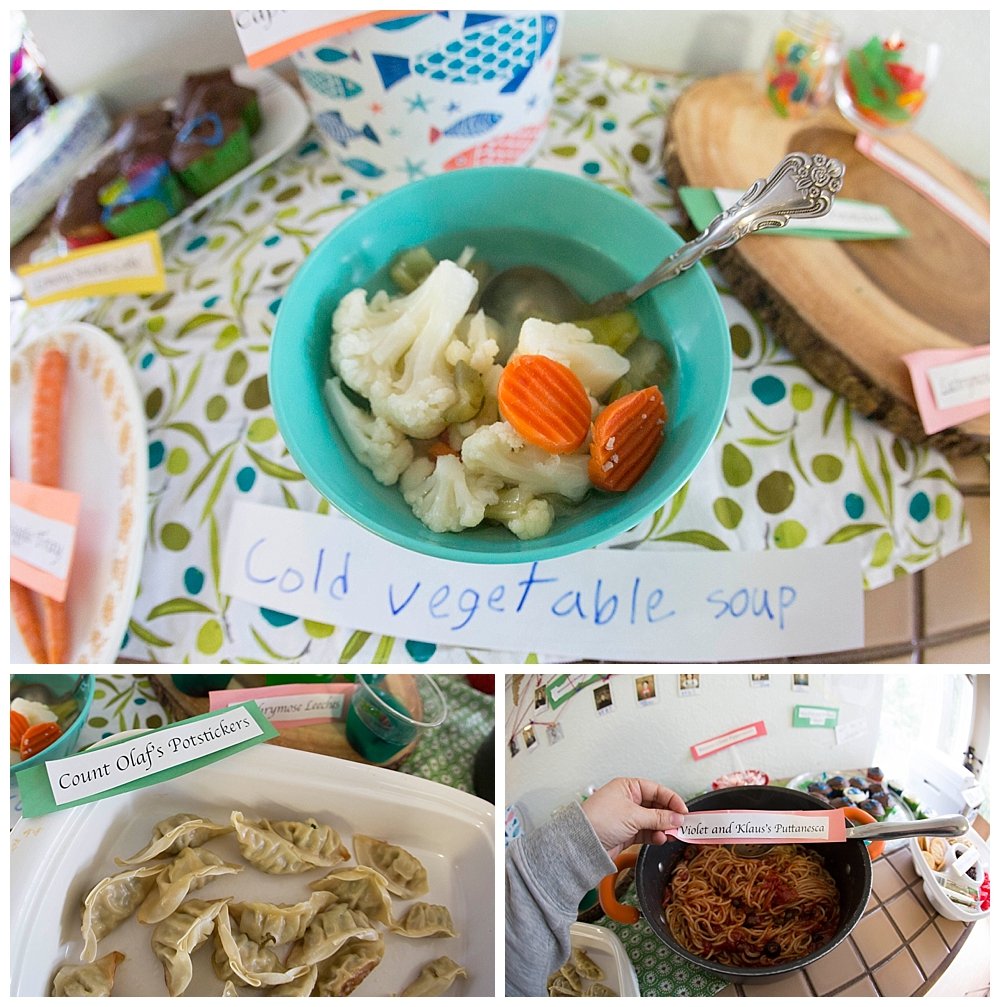 Incredibly Deadly Viper Venom (whatever beverage you are serving)

Cold Vegetable Soup (Aunt Josephine serves the children cold cucumber soup because she is afraid to use the stove- she might burn herself). I served up a jar of pickled vegetables which worked perfectly. 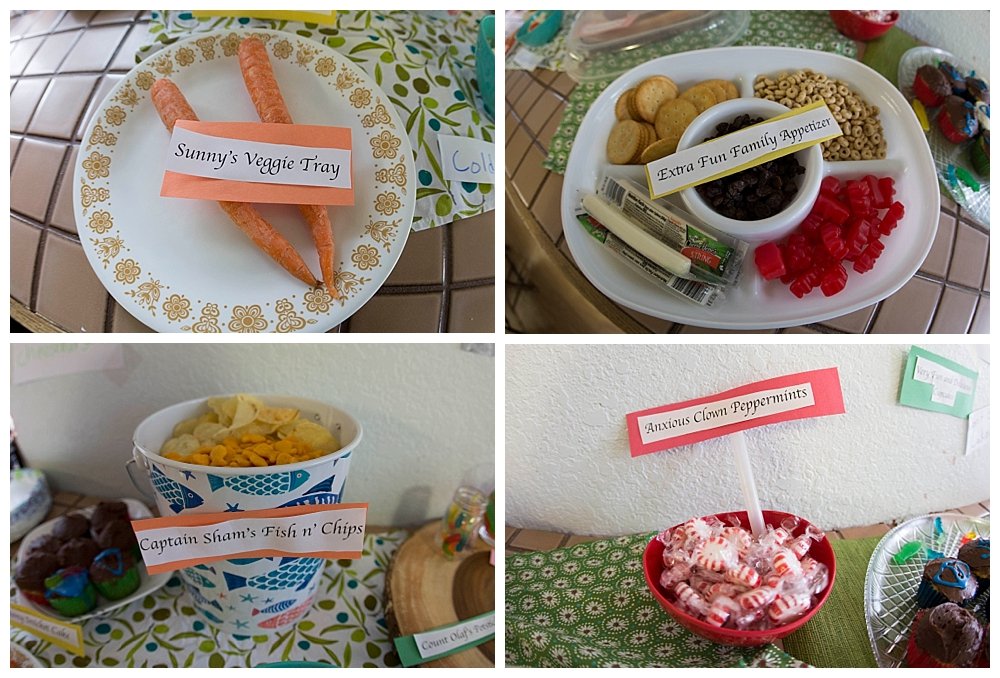 Captian Sham’s Fish ‘n Chips was a big bucket of Goldfish crackers and chips mixed together.

Peppermints. At the Anxious Clown Cafe, the children eat peppermints. 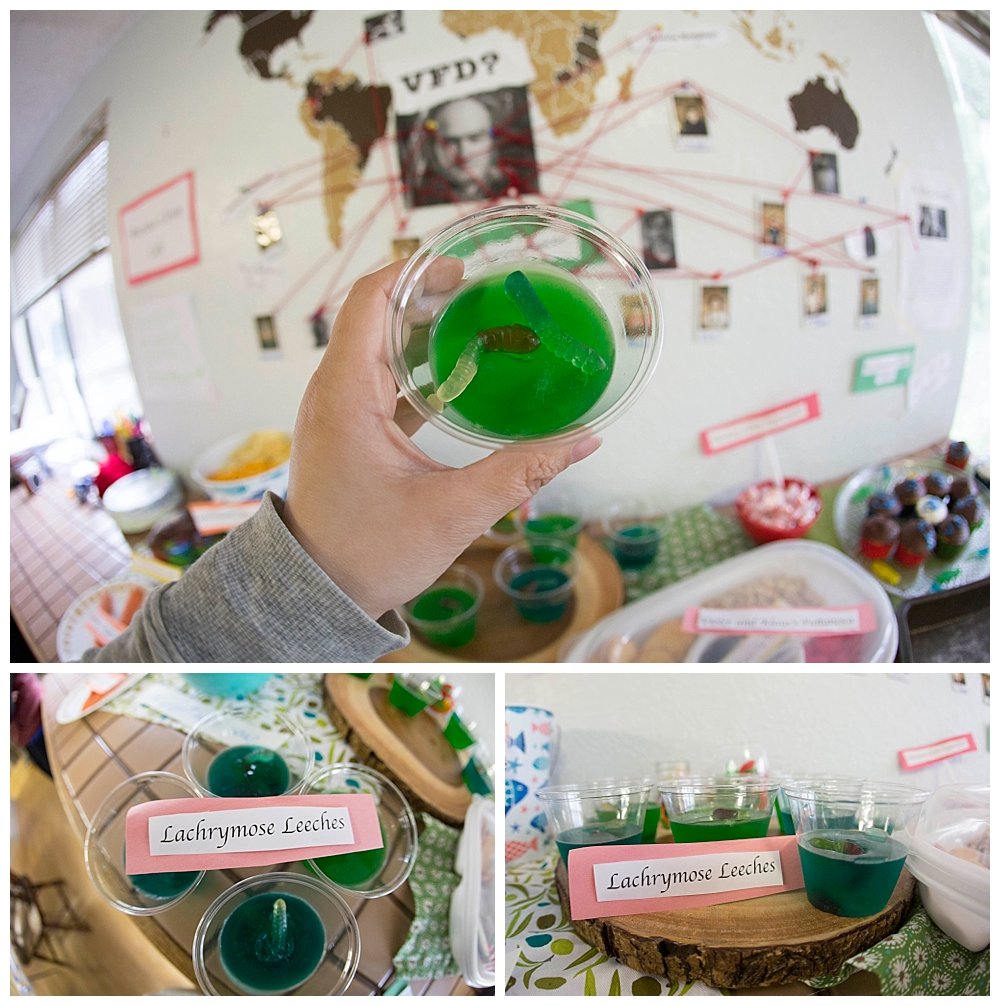 Lachrymose Leeches.  These were so easy! Jello and gummy worms in clear plastic cups.

VFD cupcakes, of course! Hezekiah made a sign that said “very fun and delicious cupcakes”. If you have read the books you know the kids are trying to figure out what VFD means and the books keep producing new and ridiculous suggestions throughout.

These were easy. We already have a wall in our dining room with a world map on it. I printed off pictures of different characters from the movies and books and connected them with pins and string…as each of our guests arrived I took their picture with my Instax camera and added it to the wall. We have fun labeling them cake sniffers, theatre troupe, VFD, and so on. I took Frodo’s picture and we added a handwritten sign that said, “Very Ferocious Dog?”

A Series of Unfortunate Events Games and Activities 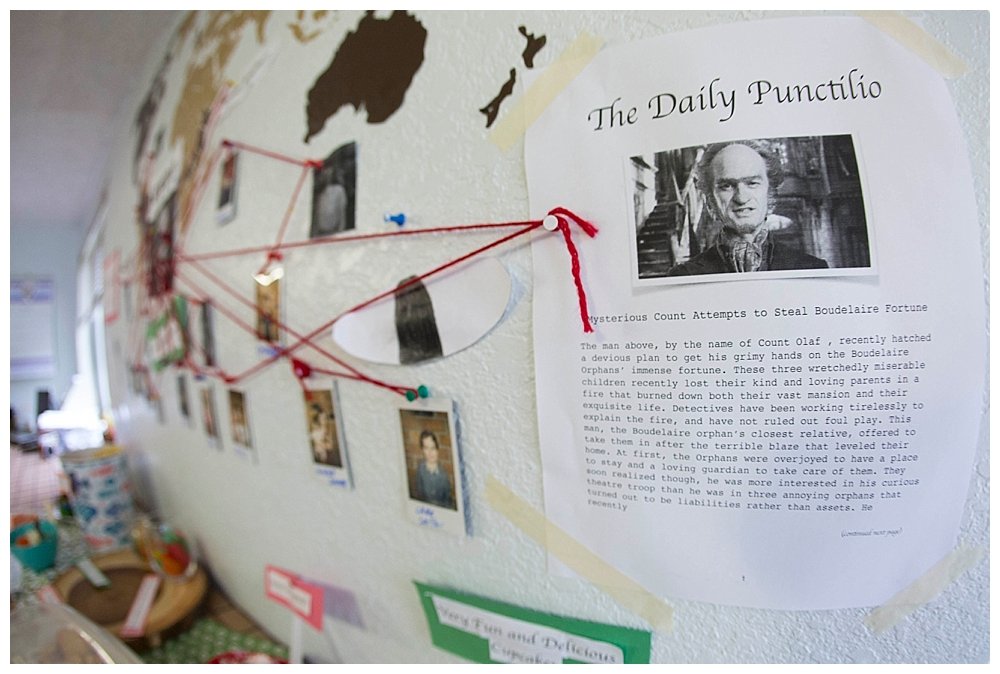 Hezekiah had fun writing this article about Count Olaf for the Daily Punctilio.

Due to my migraine, we only played one game. This was a live action version of Clue,  like we played at our 21 Jumpstreet Party.

This website has several fun games that would go along with this theme.

Charades with characters from the books. 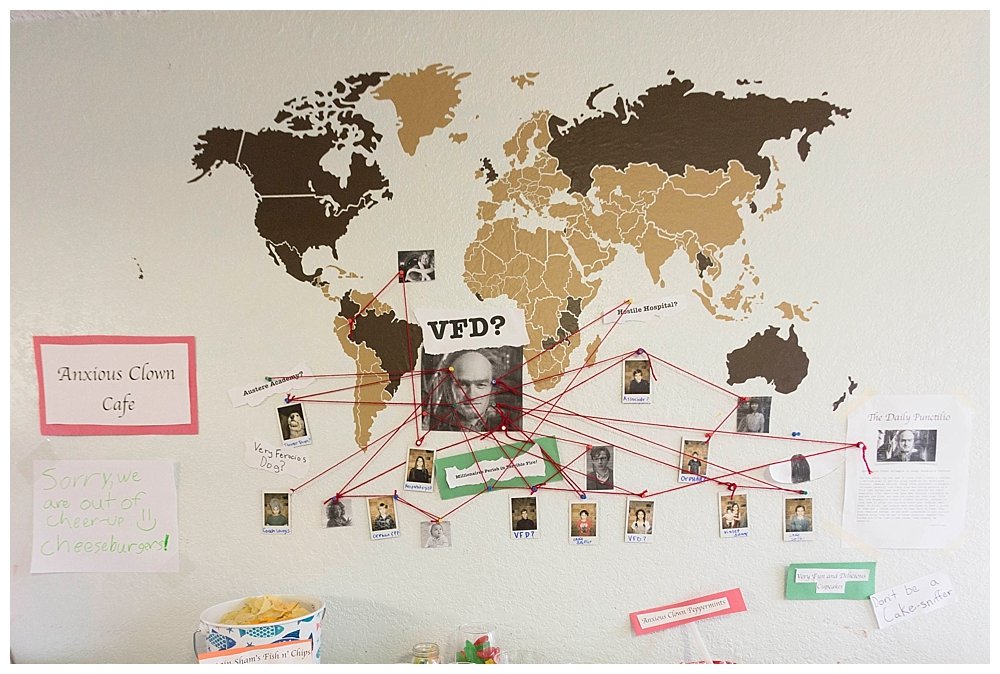 A Series of Unfortunate Events Costumes

We didn’t do a lot for costumes this time. A couple of our guests showed up dressed up but I didn’t get any good pictures of that. Kalina, however, went all out on her Esme Squalor costume.

Pinstripes and hats are definitely in! 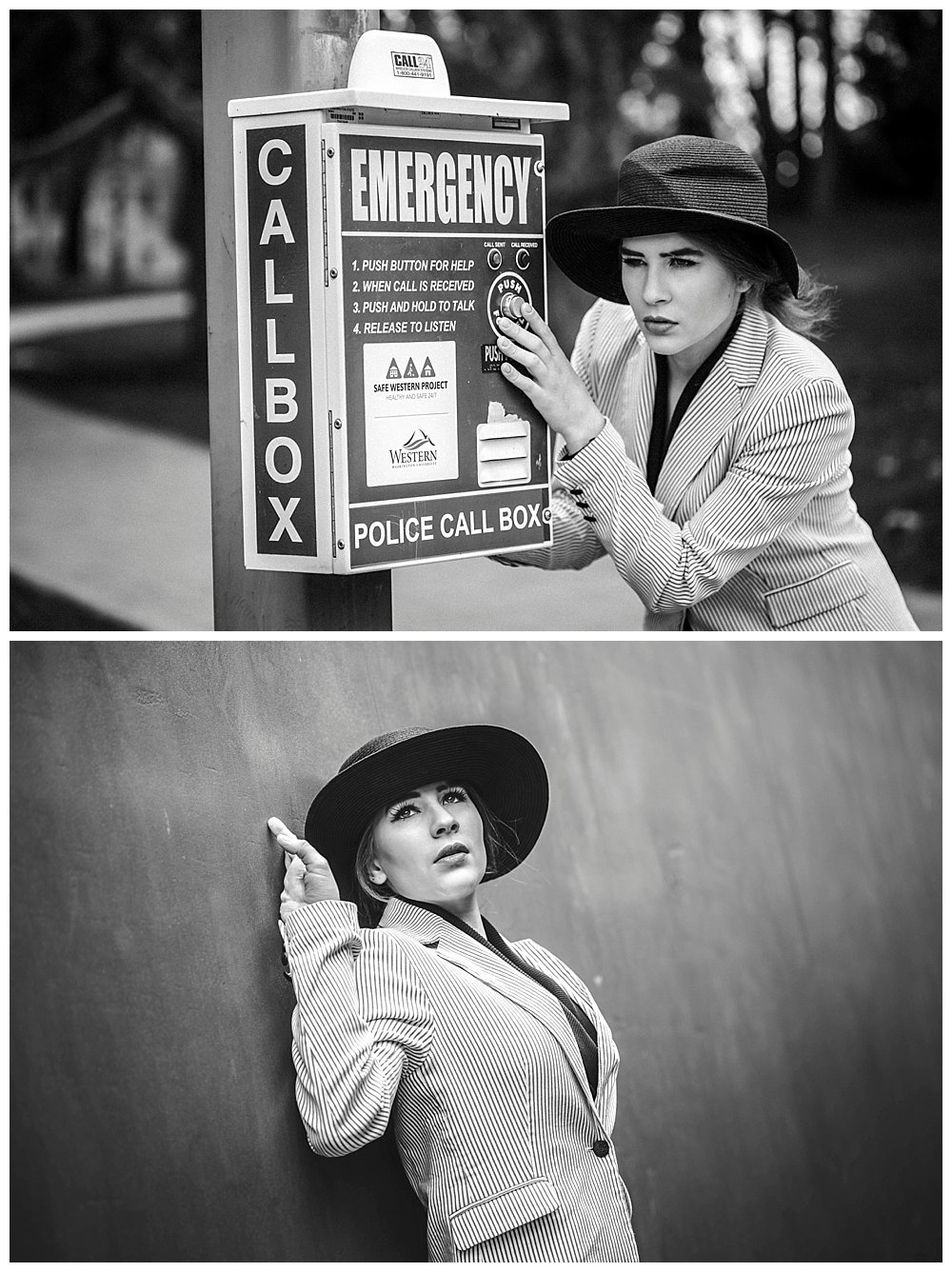 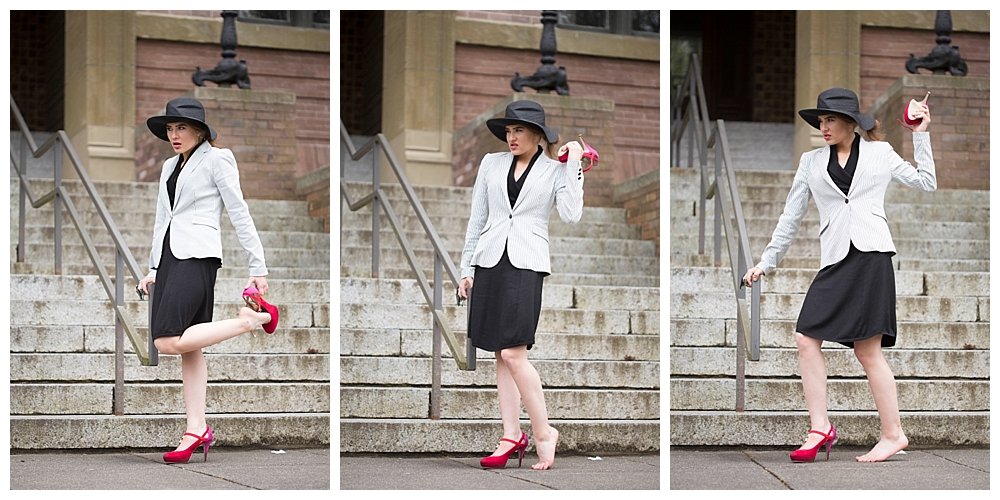 Esme Squalor wears stiletto heels with actual daggers in the heels. While Kalina couldn’t quite find those shoes, that didn’t stop her from throwing them.

So, the party was much more low-key than I had originally planned but the kids and had and that, after all, is kind of the point!

If you enjoyed this post be sure and check out our other themed party posts!

My Book With No Pictures by BJ Novak
Tagged Books, Themed Parties