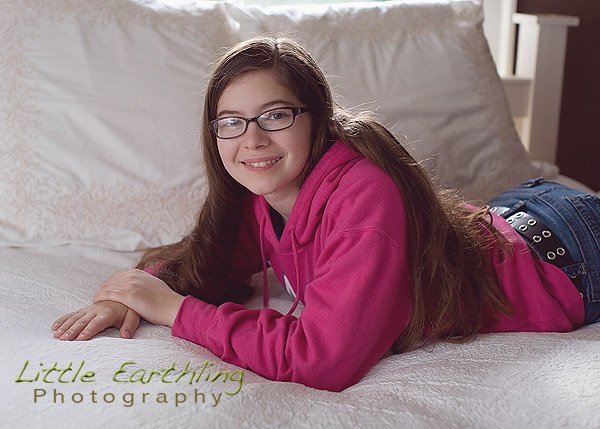 Did you know Tilly is my newborn assistant? She’s been helping me for the last three years or so. She’s awesome and knows exactly what I need and when. This shot was taken when I was testing the light at our last shoot.

Thank you all so much for your thoughts on nightmares. I read every single comment. I had not heard about a connection between melatonin and bad dreams. We decided to give dropping it a trial run. Apollo hasn’t taken it for four days. He had nightmares the first two nights and none the last two. I’m not getting excited yet, because he only has nightmares 3 or 4 times a week, so we need to give it some time and see. I am sure he is having nightmares and not night terrors because he remembers them and talks about them (by definition that discounts them as night terrors). He is also now afraid of the dark. Some of that I’m sure is age appropriate and he’s experienced so much trauma in his two years…

We had an interesting conversation at bedtime last night…Apollo asked something about the surgery and I told him the doctors had to do it to fix his throat so he could eat. We looked at some pictures of him in the hospital and he asked, “Did the doctors cut me with a knife?”

He then made cutting motions on his arm.

He reached back and touched his left shoulder and said, “But it hurt when they did that to me!”

I then showed him pictures of Chuck holding his hand in the hospital while he slept. I reminded him that I slept in bed with him every night in the hospital. I am hoping that as his verbal skills grow talking through it will help. If the nightmares continue I will definitely ask for some type of referral for him.

In other news, I have this whole week with no appointments for Apollo! A rare week indeed. The 17th he sees his GI doctor and I will learn to put a new mic-key button in. The next day I meet with his dietician again.

His chest x-ray was clear last week, so this week we get to double his fat intake, now adding in 4 teaspoons per day. Chylothorax with a two-year-old is something of a nightmare. Tomorrow will be six weeks post-surgery and we are still not even close to a normal diet.