Travels with Gannon and Wyatt Review

Today I get to not only introduce you to an amazing set of new adventure books but give a set away to one of you too! Travels with Gannon and Wyatt is a middle-grade adventure series written by Patti Wheeler and Keith Hemstreet. Gannon and Wyatt are two real boys who have traveled the world. Patti Wheeler wrote these adventure novels based on her twin sons and their travels (though in their books they experience some pretty wild adventures). The books are written journal style not my favorite way to read a book, but an effective way to show two differing points of view. Wyatt is really detailed and descriptive and wants to be a scientist.  Gannon is more casual and isn’t into the research end of things. As I mom I love that my kids learn about different countries, animals and social issues, all in the fun context of an adventure story. These books are perfect for homeschooling! 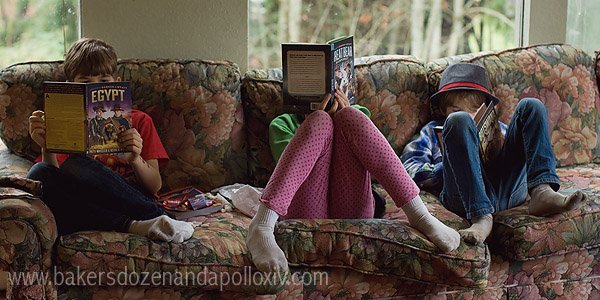 This is not a staged photo. As soon as the books arrived, Tucker begged to read the Egypt one (we are currently studying Egypt in school)  and the other two grabbed the two books left. Half and hour later I walked into the living room and found them like this! 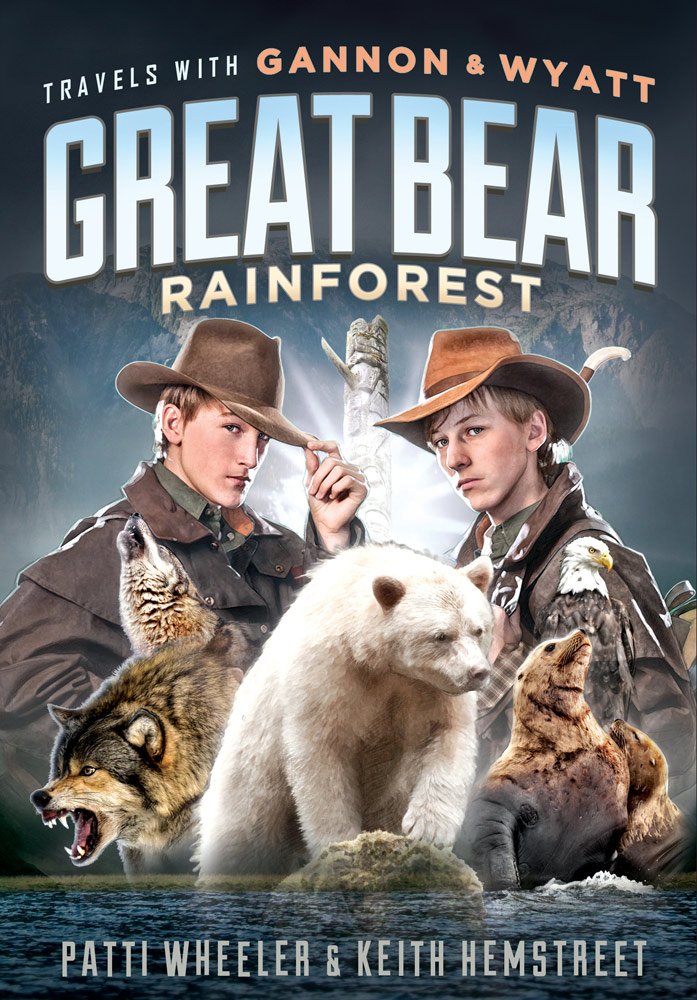 The Great Bear Rainforest  takes place in a rainforest in Canada. Gannon and Wyatt head there to see a spirit bear (a white black bear). Several members of the party go missing and it is up to Gannon and Wyatt to find them. 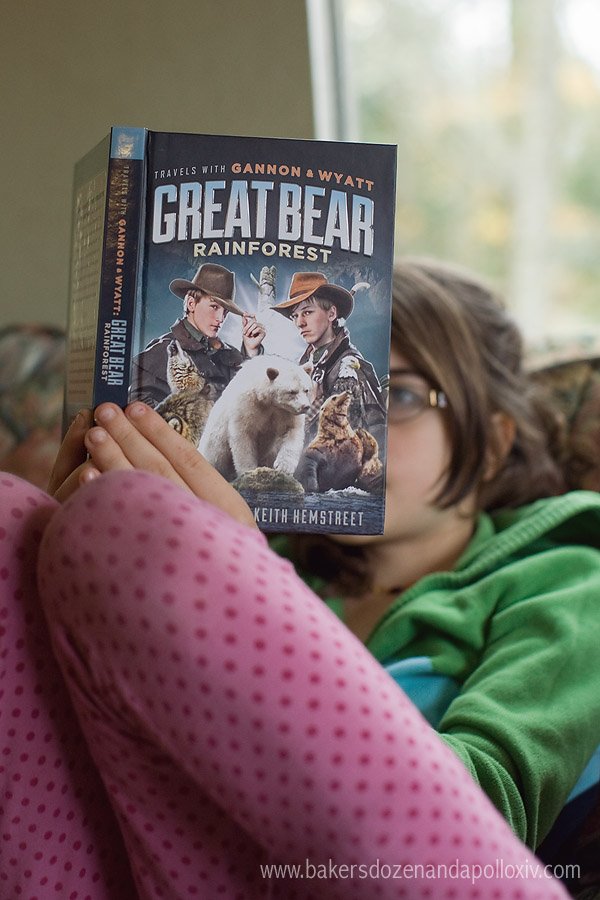 Here is what Jubilee (10) had to say about Great Bear Rainforest edited slightly to remove a spoiler:  I liked this book a lot. It was really interesting because I could kind of figure out that Dr. Brezner ……..(had to remove the spoiler- sorry) and I kind of slowly figured it out with Gannon and Wyatt. 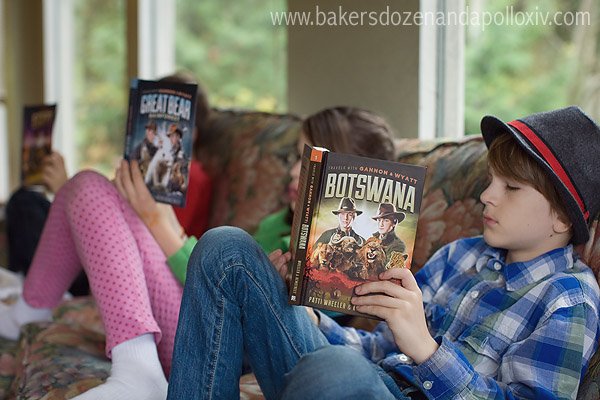 Tilly (15) said about Travels With Gannon and Wyatt Botswana:

Tucker (8): I liked the book, Egypt. The beginning was boring but I liked the middle and the end.

As far as the beginning being boring, I tend to agree with Tucker. There was quite a bit of set up for the story in the first chapter (explaining where they were going and why they were traveling) but the story moves quickly after that.

Overall six of my kids have read at least one of the books: Judah (16), Tilly (15), Enoch (13), Jubilee (10), Hezekiah (9) and Tucker (8). These books are geared for 8-12-year-olds, but my kids tend to be broad readers (everything from comic books to adult novels). Every one of the kids told me they enjoyed the books and were disappointed there were “only” three in the series: Botswana, Great Bear Rainforest, and Egypt. We will be buying the new ones if the series continues.

I was selected for this opportunity as a member of Clever Girls Collective and the content and opinions expressed here are all my own.