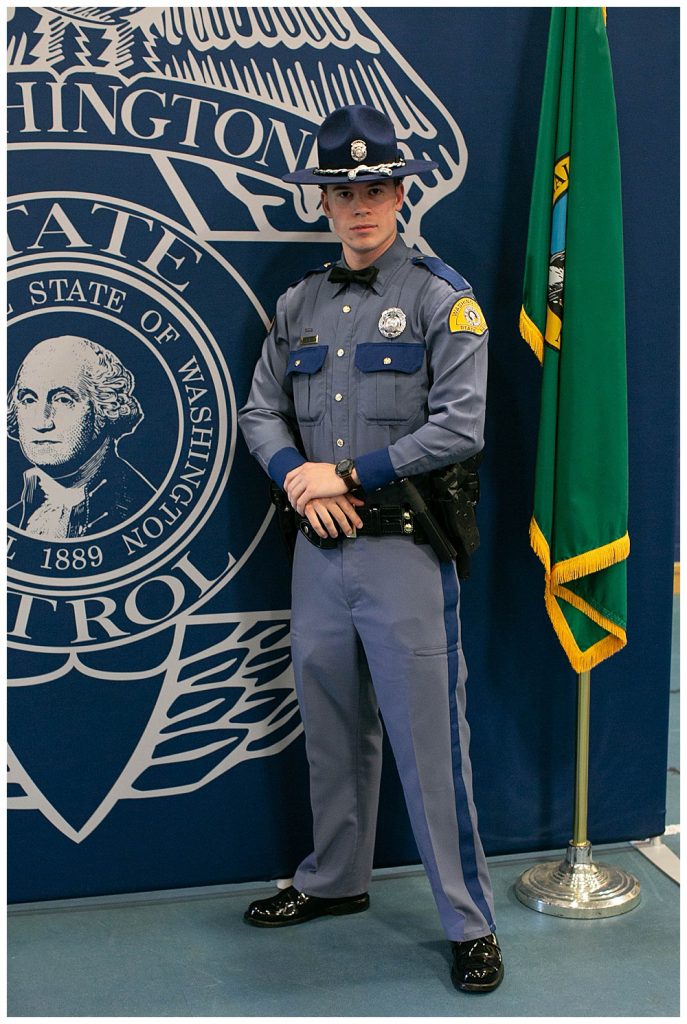 I arrived home from New Zealand at 7:30 pm Monday night and had to get up at 3:30 am Tuesday morning so Chuck, Apollo, and I could drive all the way to Olympia (a 150-mile drive) for Judah’s badge pinning ceremony. Let me be honest, it was rough. But I soldiered on through and came out the other side. A little older, a little more tired, and a whole lot more PROUD.

I can now proudly say, my son is a Washington State Trooper.

Washingon State Trooper Cadet Class 111 being sworn in at the capitol building. This has been a years-long dream for Judah and we have been so proud to watch him work hard to accomplish this.

Judah homeschooled until age 16 when he started at the community college.

He graduated with a high school diploma and AA degree at age 17. And then he graduated from Central Washington University at age 19.

Judah was hired to work as a dispatcher for the State Patrol just after his 20th birthday. In quick succession, paid off his student loans, bought his first car and moved out of the house to his own apartment 45 minutes south of us.

Chuck and I could not possibly be any prouder of Judah than we are right now. Judah was a small, sickly baby. He was tiny, weighing only 32 pounds on his fifth birthday. Chuck and I assumed for years that Judah would always be small. This assumption was only confirmed when both Tilly and Enoch, 1&2 years younger than him, grew taller (and bigger) than him.

Turns out, we were wrong. Judah grew into a full-sized adult who is funny, and has a great sense of justice. I have no doubt that he will make an outstanding law enforcement officer.

The cadets each got to choose someone special in their life to pin their badge on them. Judah chose Apollo (hence our early morning drive). My heart melted.

And that was before I knew this…

Judah was telling me a funny story about a friend and mentioned, in passing, “When we started out here we were told to put a photo in our room of what our ‘why’ was. They told us to do this so when things got hard we could always remember why we were doing this.”

“Oh, what did you have a picture of?”

“Apollo…I figured if he could go through two heart surgeries, I could do this.”

And in that moment I knew that my job with this young man was done.

Should I Charge My Adult Child Rent? What About Student Loans?

The Best Board Games for Families
Tagged Homeschooling, Judah