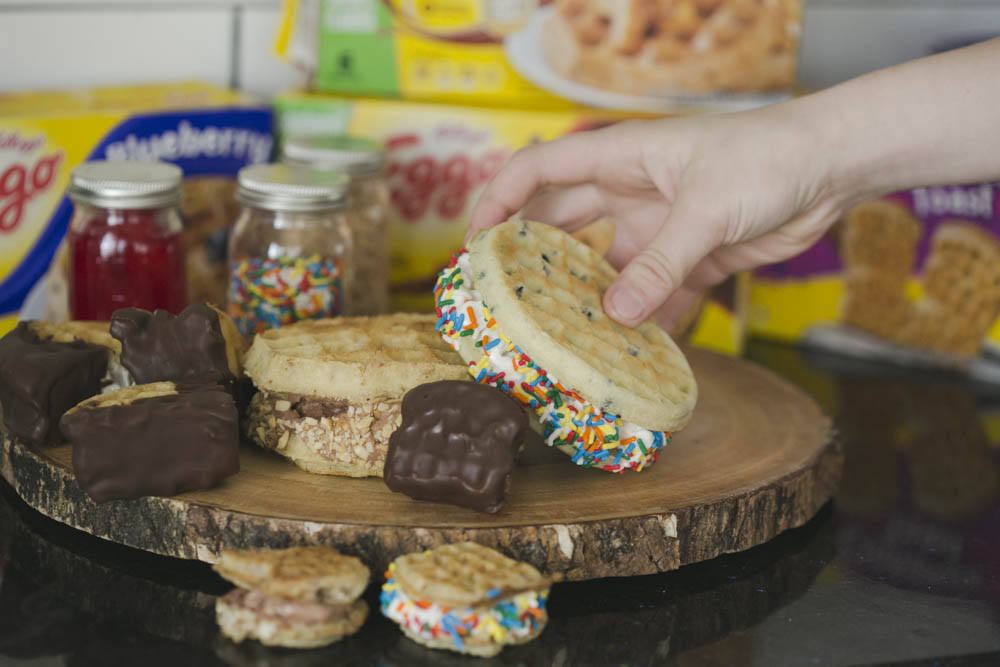 This shop has been compensated by Collective Bias, Inc. and its advertiser. All opinions are mine alone. #EggoMyWay #CollectiveBias 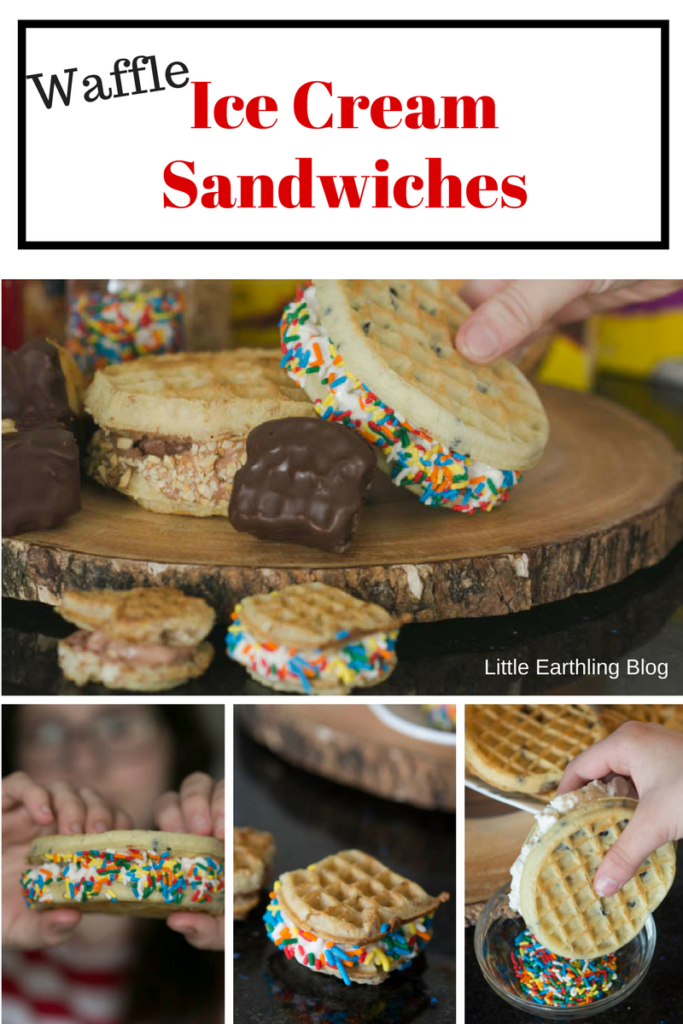 Birthday season is about to start up here in our house.

In our large family, we have birthdays every month for ten months straight. March and April are my only months off. Now we are gearing up for birthday season and in preparation, I made these amazing waffle ice cream sandwiches. 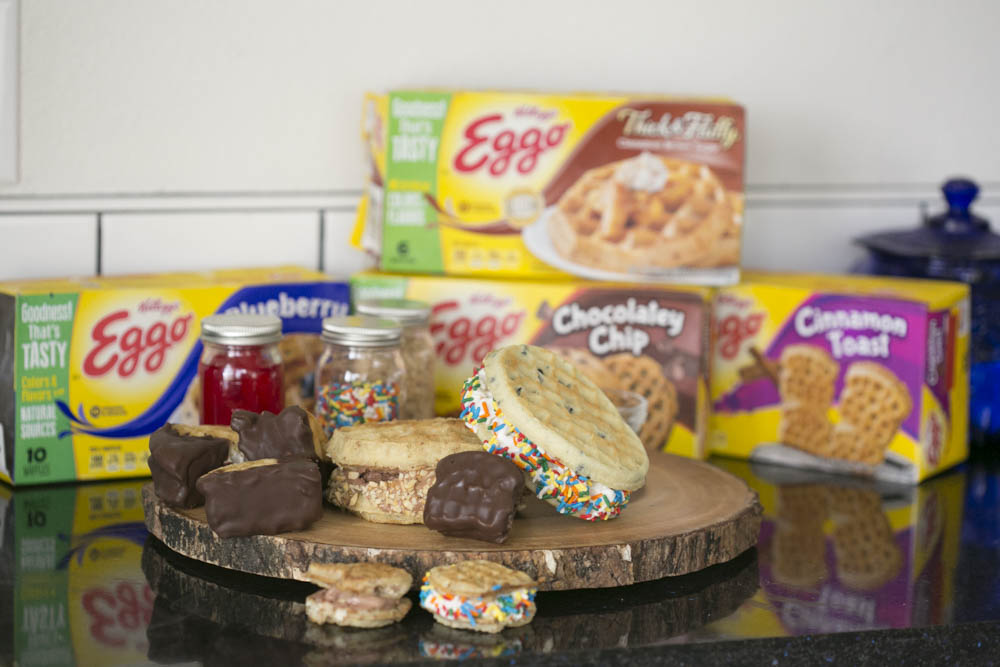 It’s true, I’m a huge ice cream fan. After my favorite ice cream flavor was discontinued I experimented until I came up with something I liked even better, Vanilla Latte Ice Cream. It has a rich, creamy coffee flavor with a hint of vanilla. So good!

And then…I came up with this.

Combine creamy cool ice cream with toasted waffles…and you have the perfect treat!

Seriously. How have I never thought of this before? 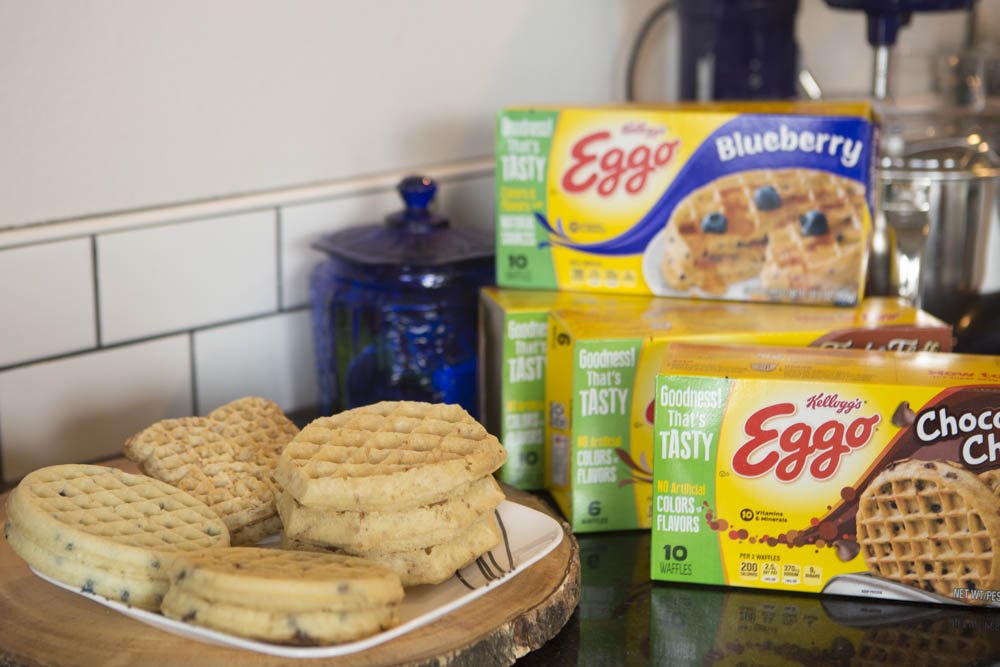 These waffle ice cream sandwiches were really easy to assemble but there a few tips that will make it easier. 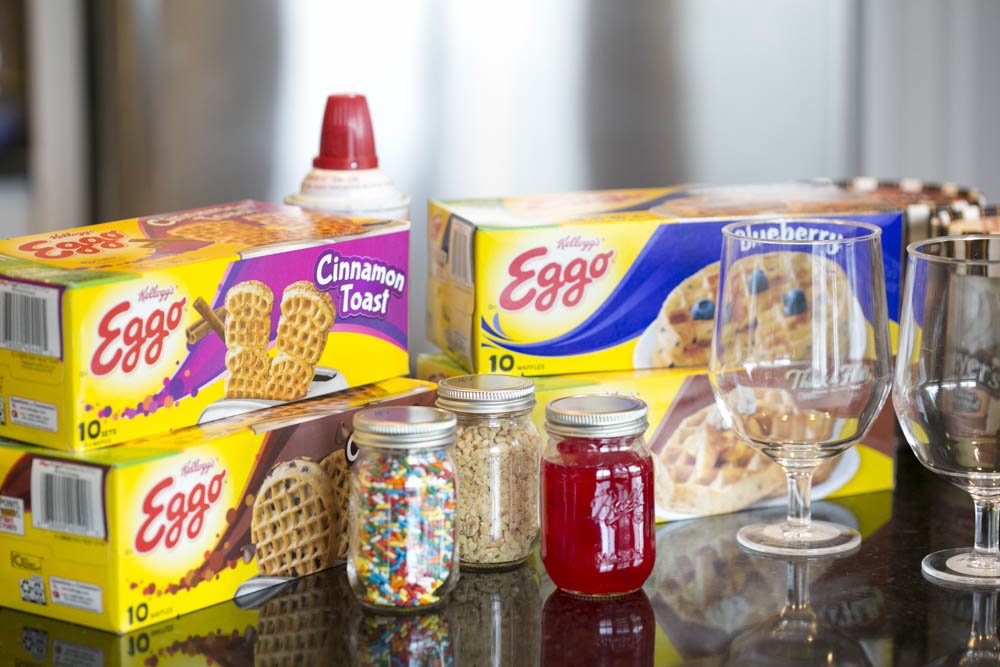 We settled on the classics: vanilla and chocolate 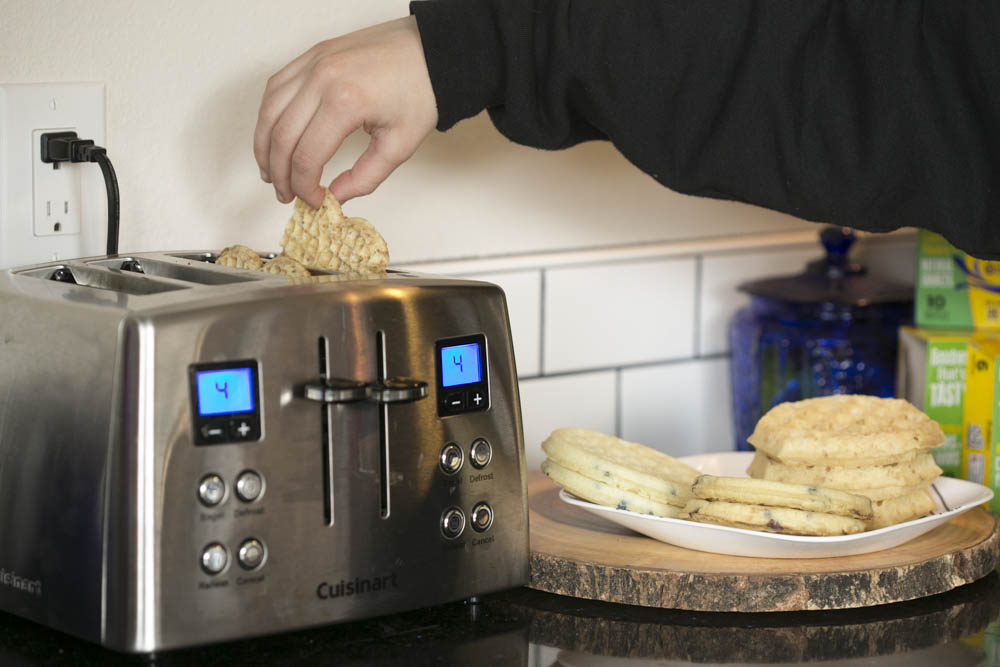 Toast the waffles and then pop them in the freezer. You want to toast them for the flavor but you need them cold and hard to spread the ice cream.

While the waffles are freezing, removed the ice cream and let it soften. This will make it easier to spread. 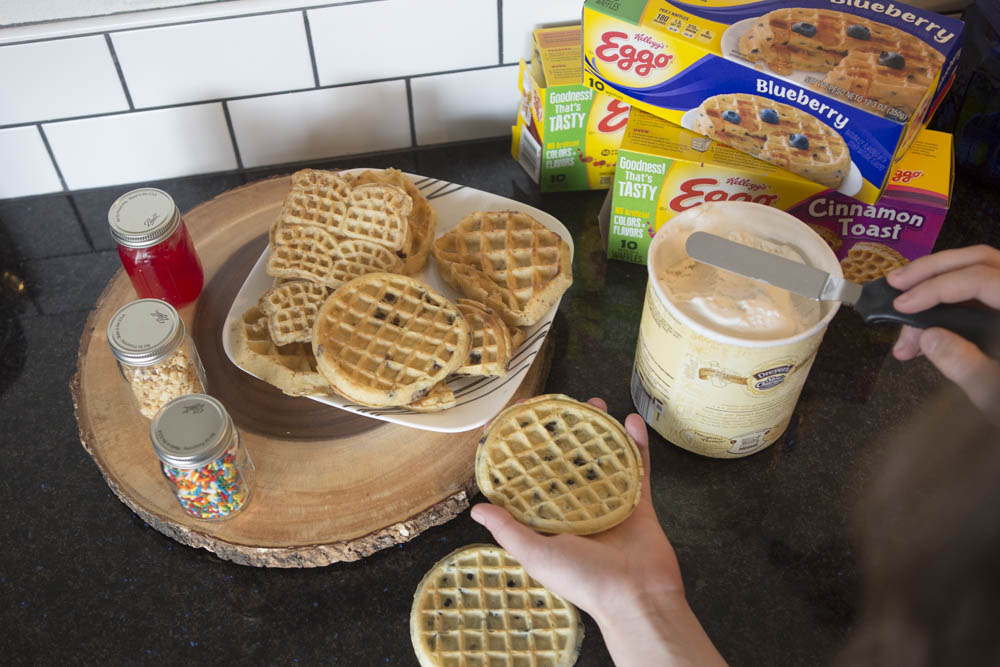 Once the waffles are frozen and the ice cream softened, use a frosting spreader to add a thick layer of ice cream to the waffles. 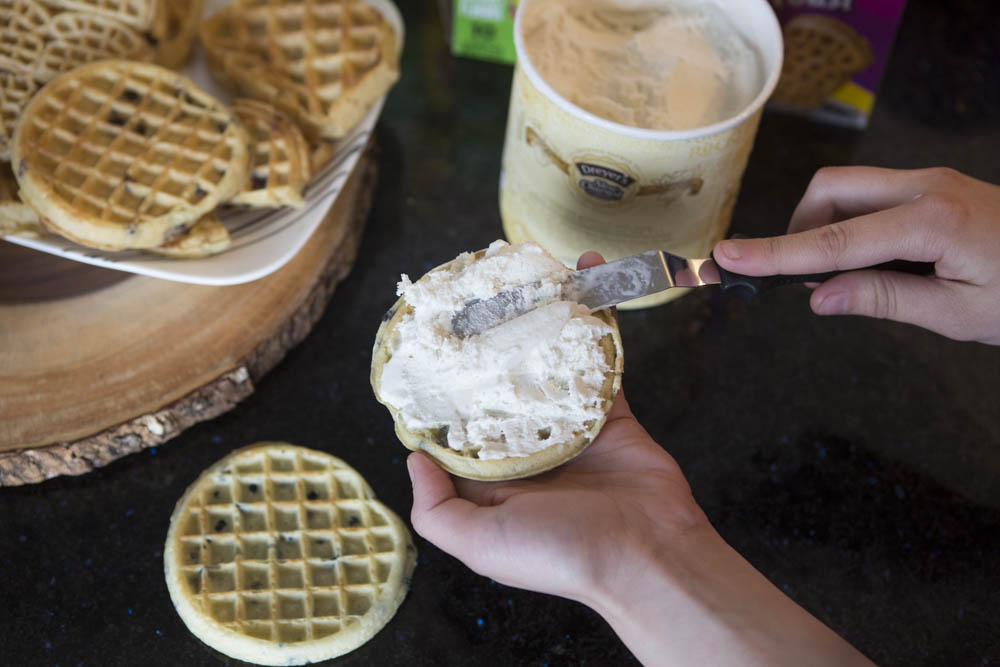 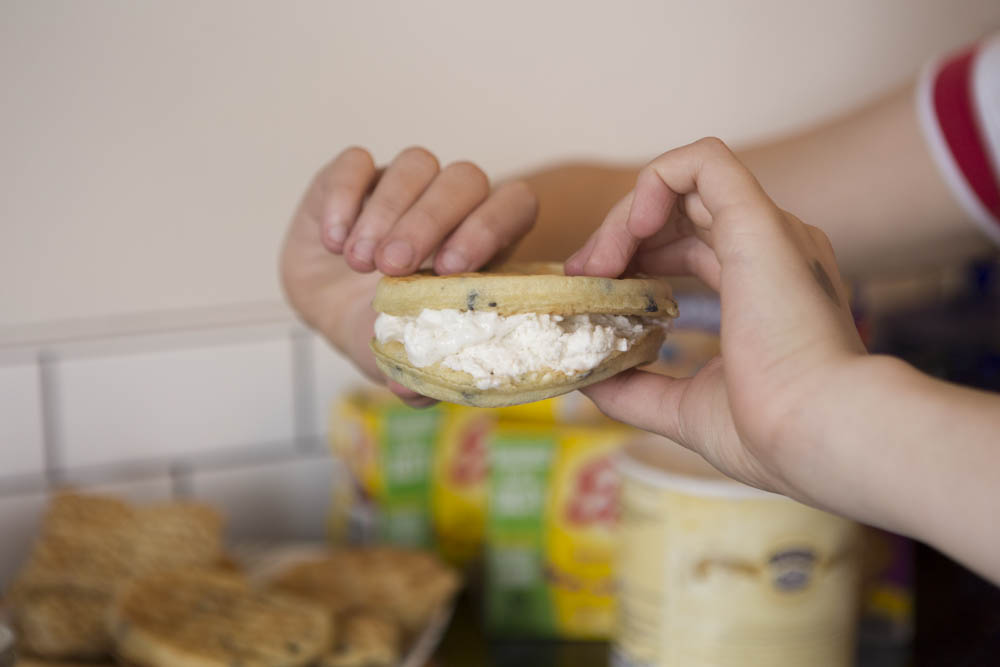 The more the better…this is ice cream we are talking about after all. 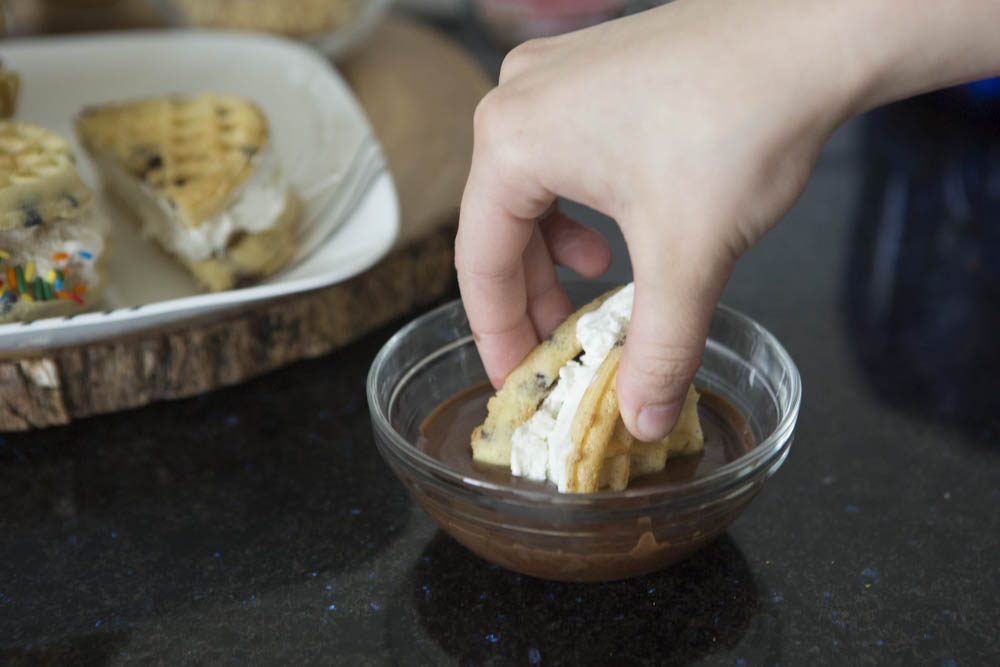 Next, we dipped these in a chocolate hardening shell. I was a little worried about how difficult this step would be, but it turned out to be very simple. 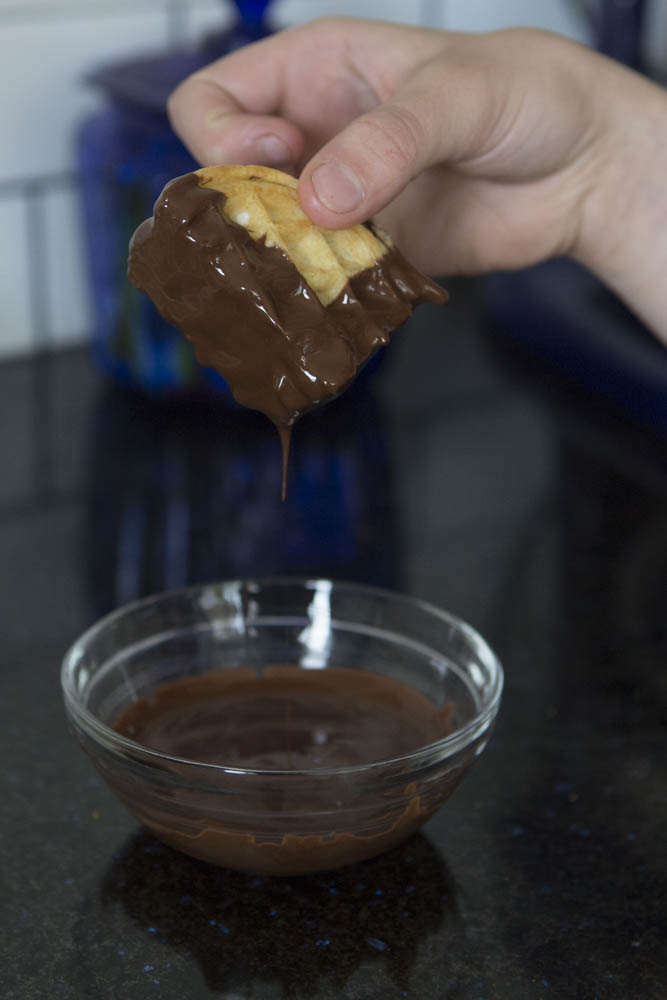 Once the sandwich was dipped we he let it harden for 15-20 seconds and then put it on our frozen cookie sheet back in the freezer. 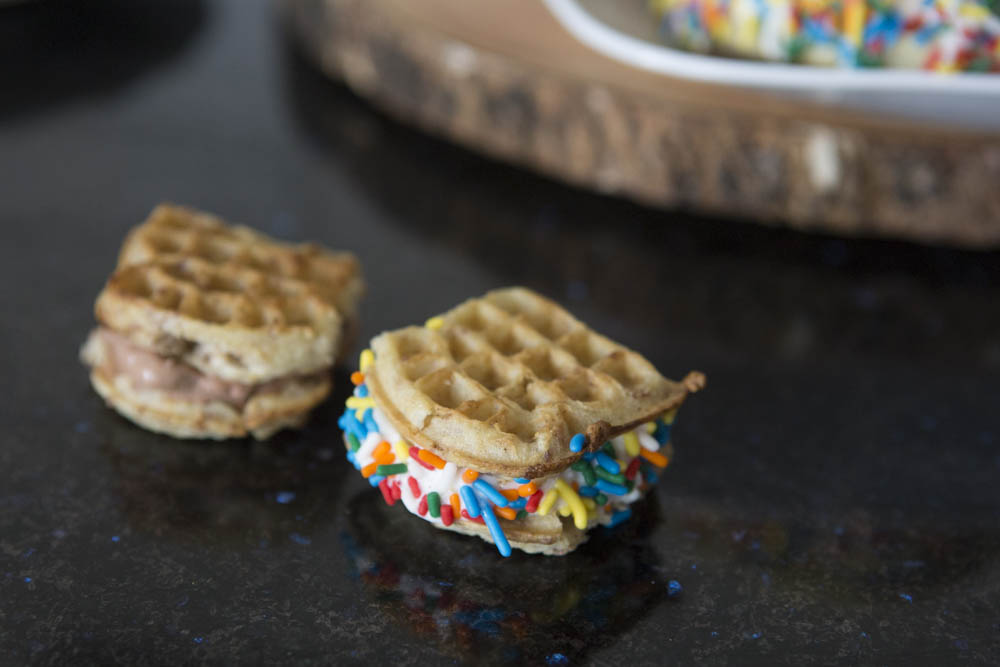 Making these mini waffle ice cream sandwiches with the Cinnamon Toast Eggo Waffles was a lot of fun! 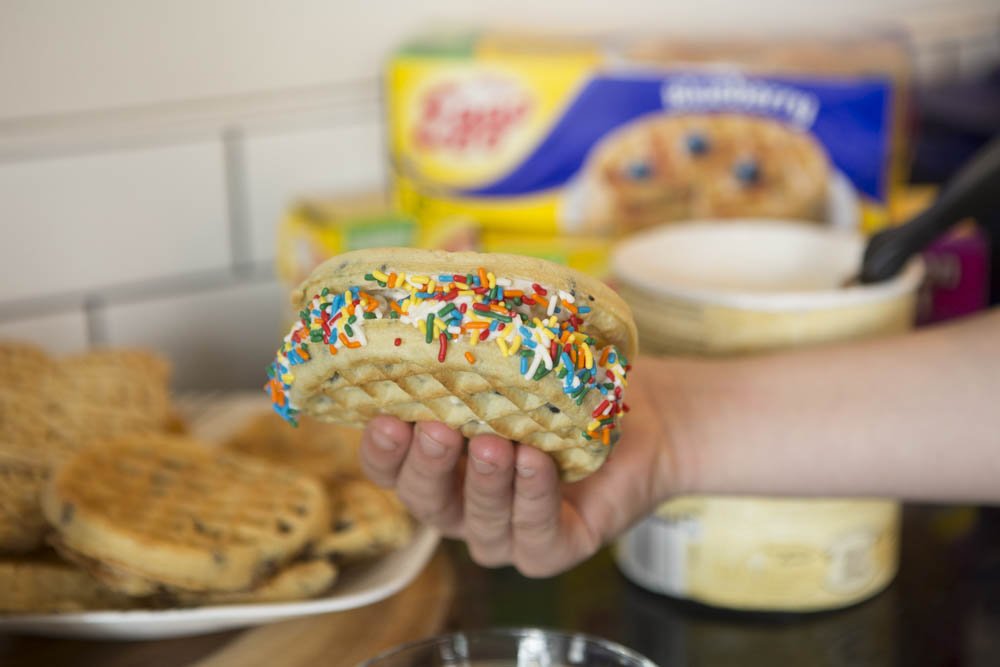 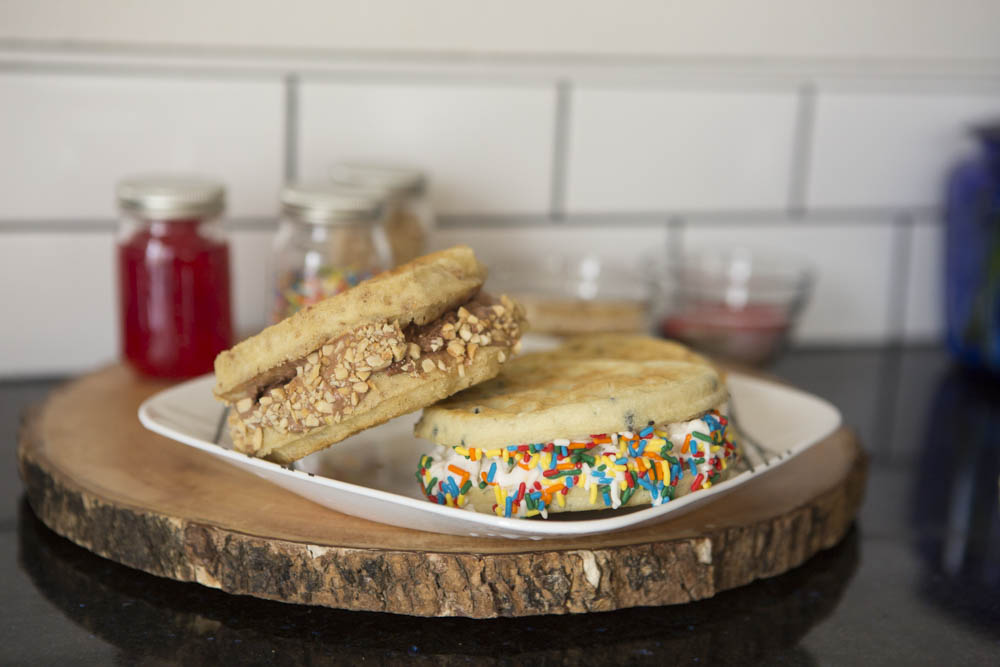 Here are some of the fun combinations we made: 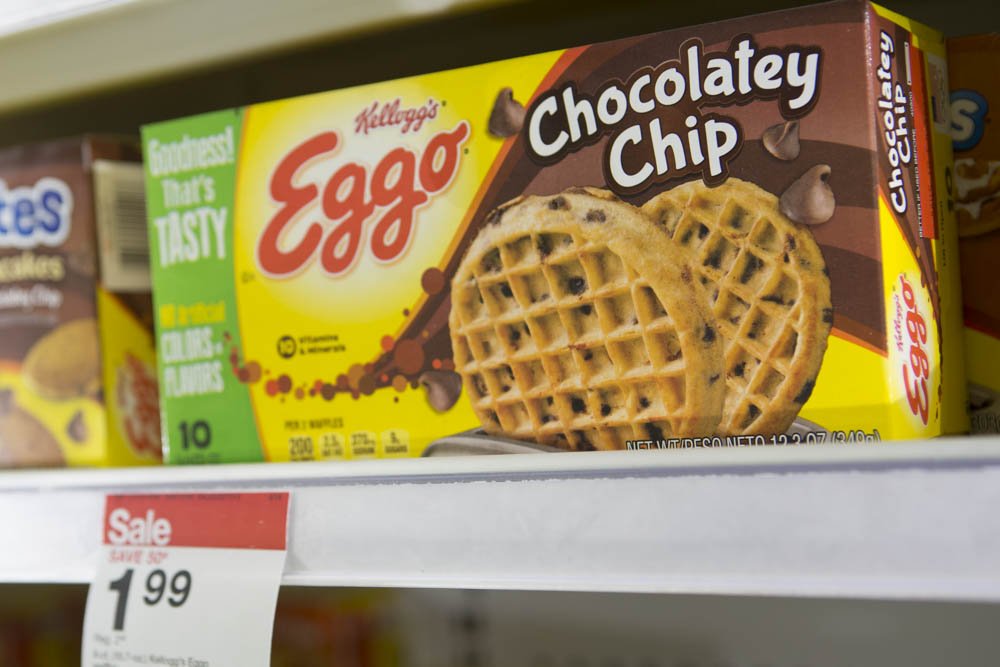 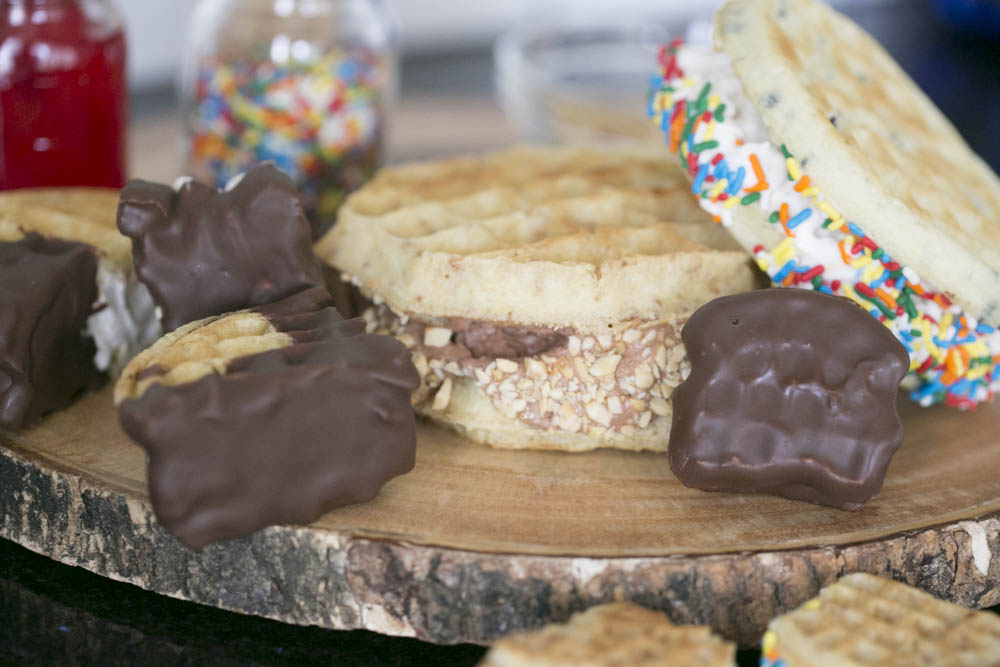 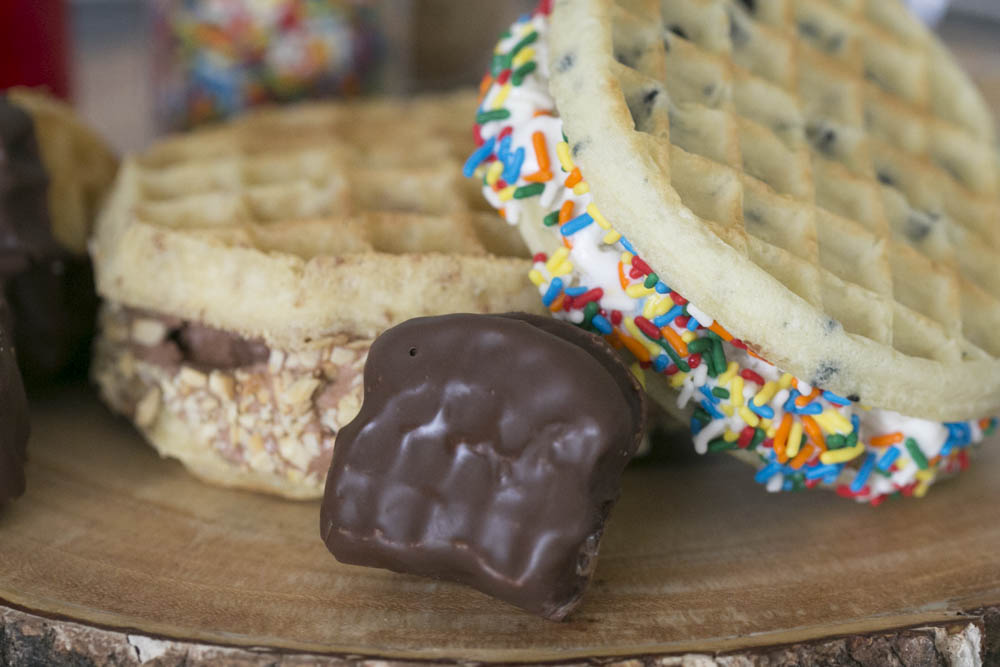 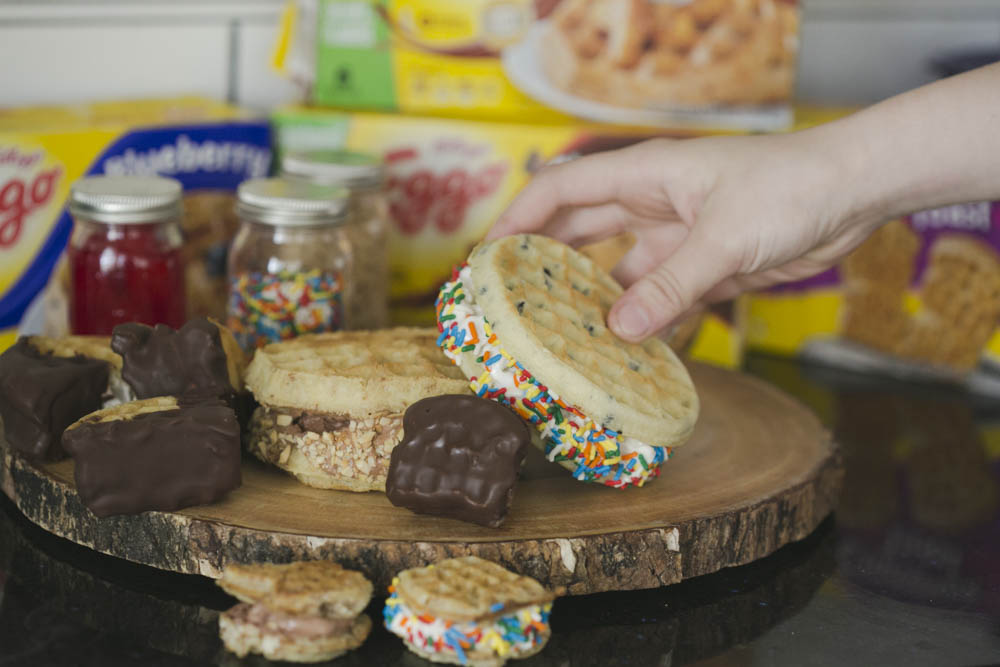 If you’re not into ice cream sandwiches (but seriously, is that even possible?) then you might want to try Eggo Waffle Parfaits! 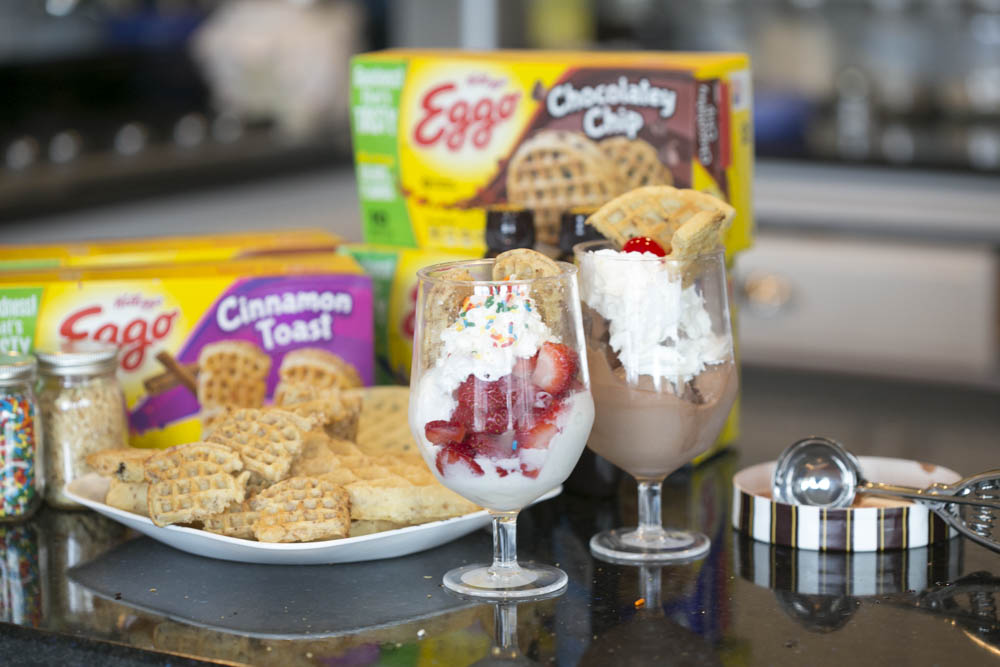 What combination would you try?