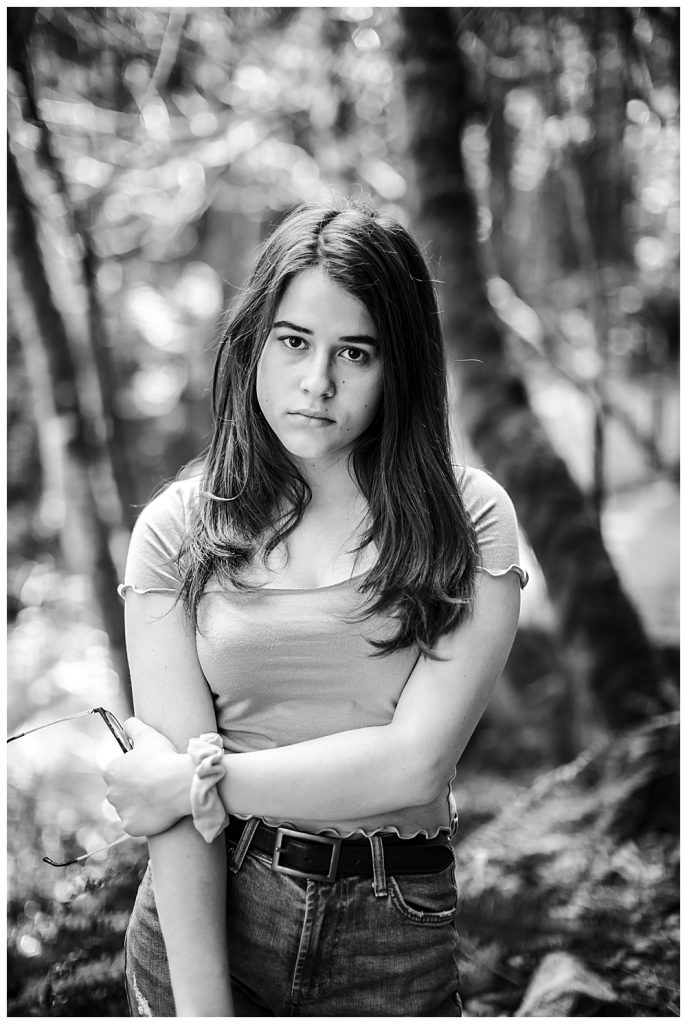 This weekend, the first (and only) weekend of spring break, I took my children to Whatcom Falls Park not once…but TWICE. So clearly I am working toward earning some amazing Mother’s Day Swag. I didn’t even realize this pump track existed until last year. Now it is a favorite for my boys, in particular. 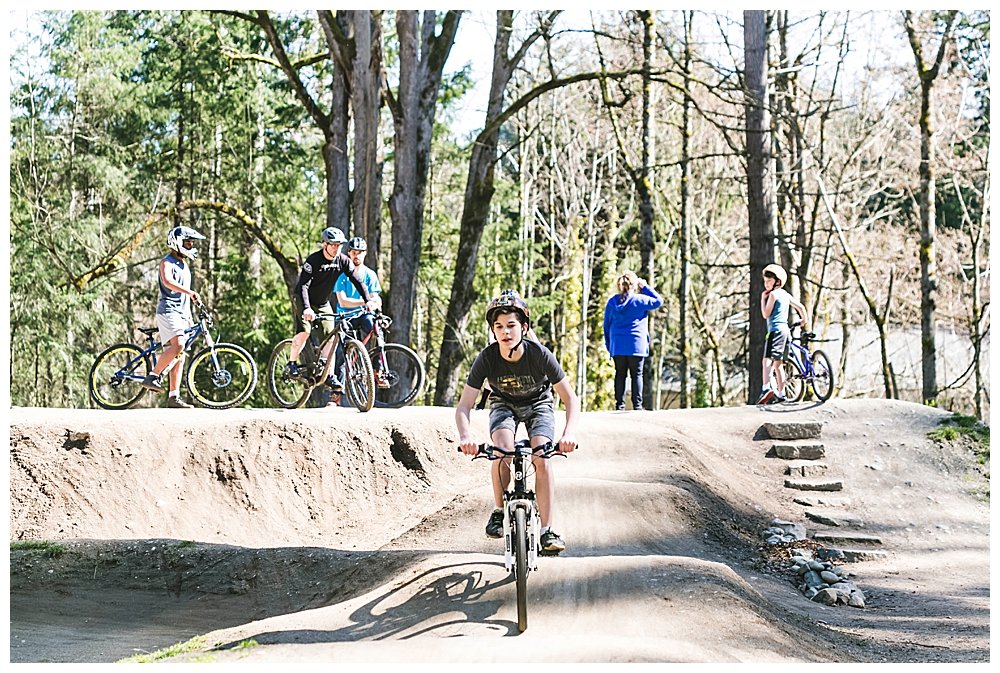 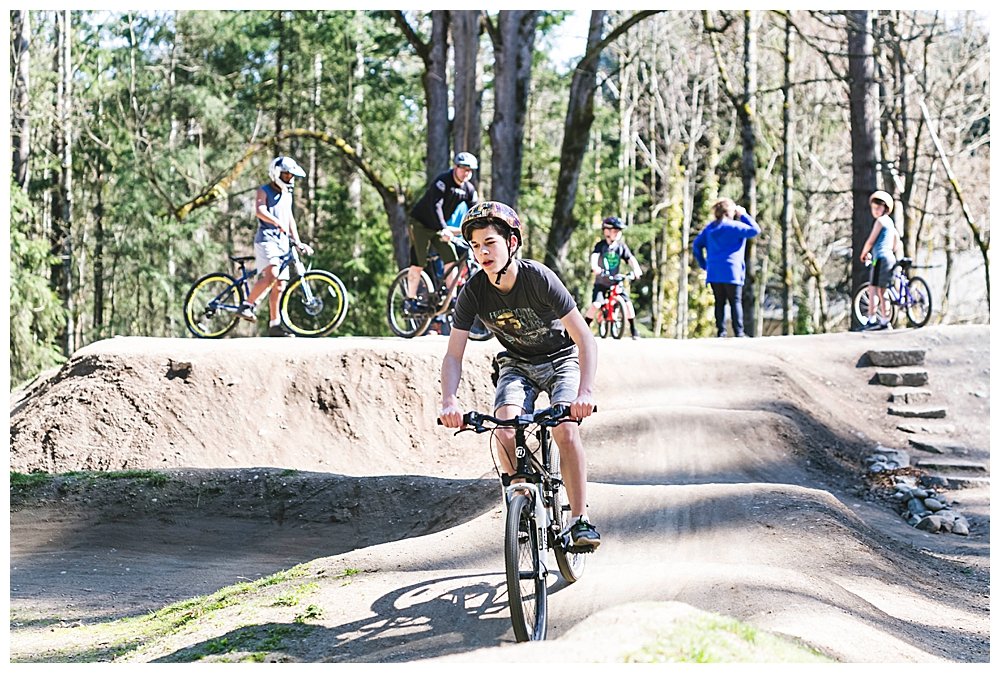 Tucker has always been an active thrill seeker and adrenaline junkie. 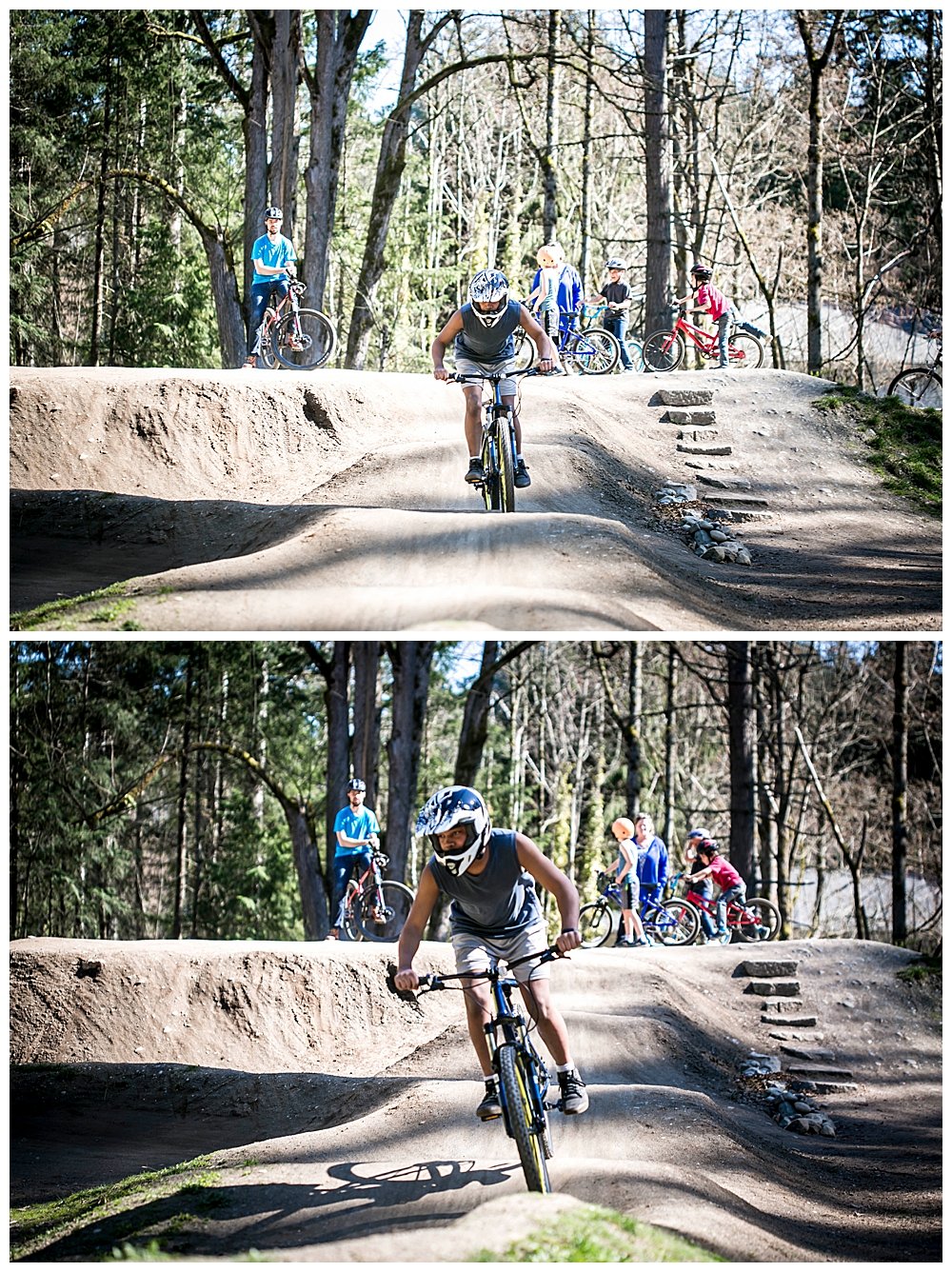 Mordecai has always been fearless. At age 5, while riding a tricycle, he told me, “Mama, when I grow up I want to ride a motorcycle and jump over something…like maybe fire!” 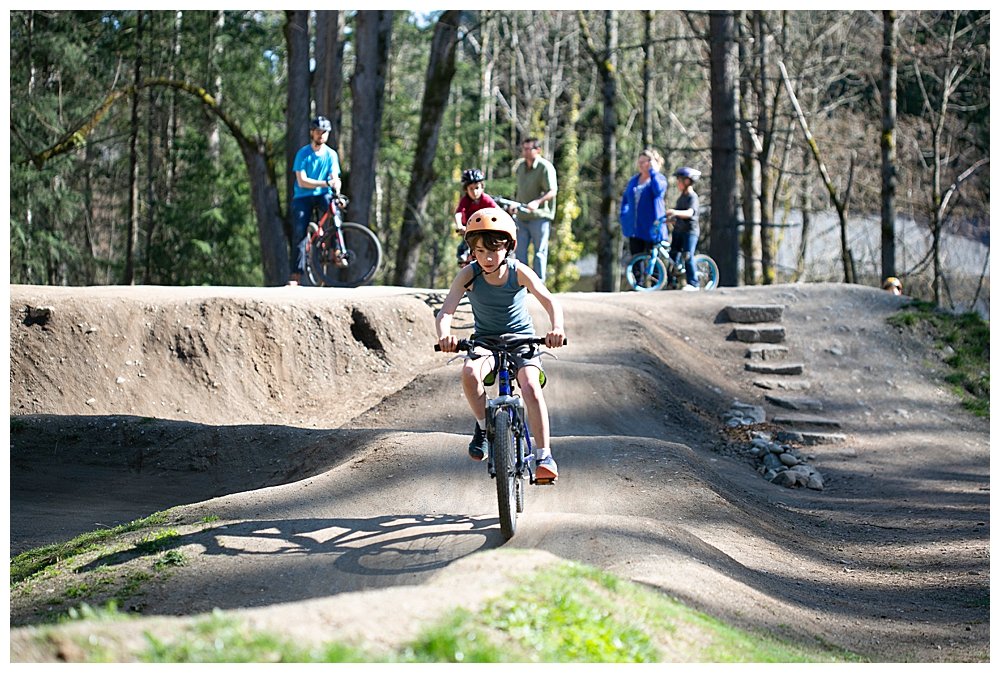 And Apollo? He learned to ride his bike much later than his siblings. While they spent their preschool years playing outside, building forts with blocks, pillows, and books, Apollo was undergoing way too many surgeries, medical procedures, and hospital visits.

But at eight? He is strong and healthy and doing great. 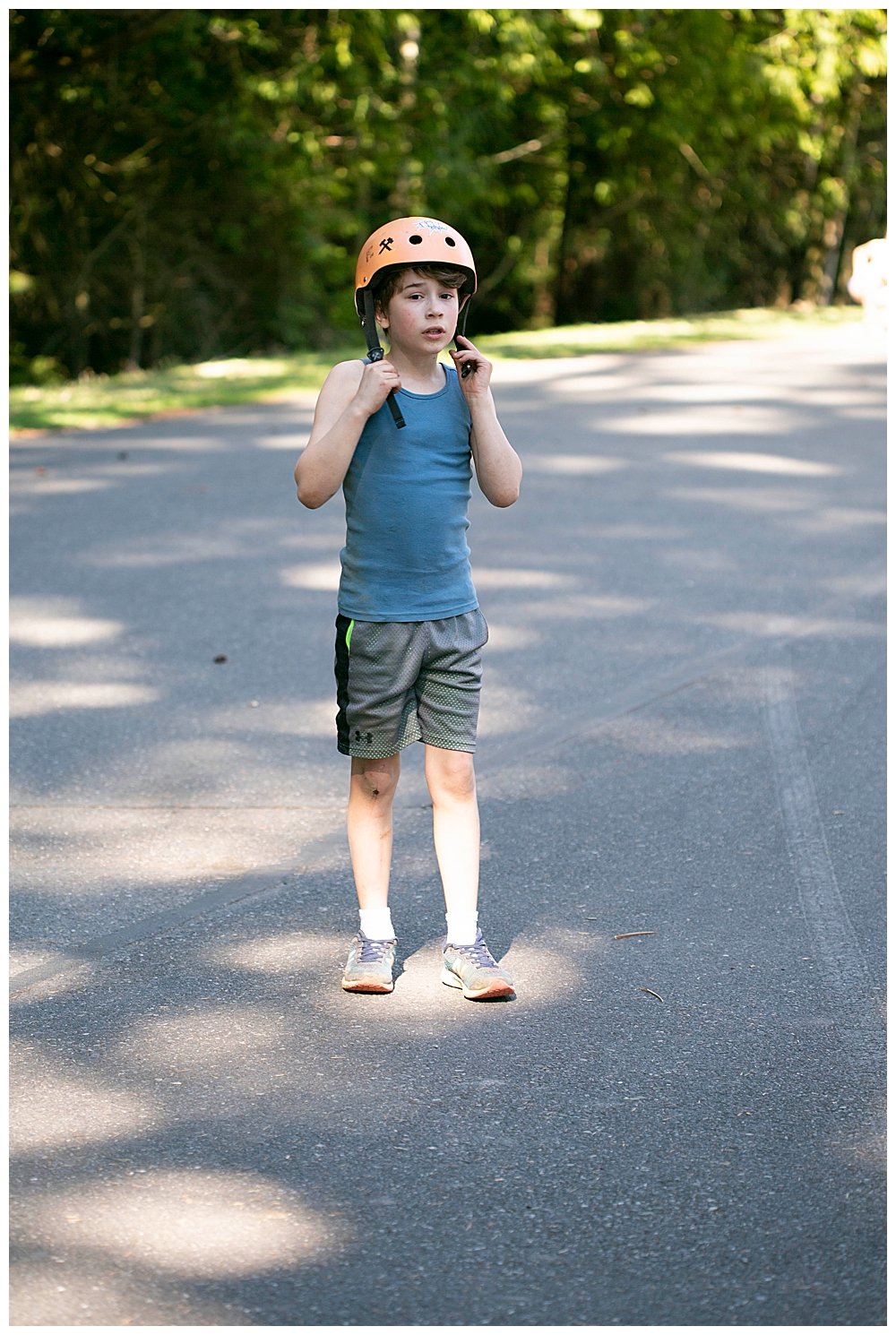 By the way, he is still wearing the Primary tank tops I bought him last summer. Primary for the win! 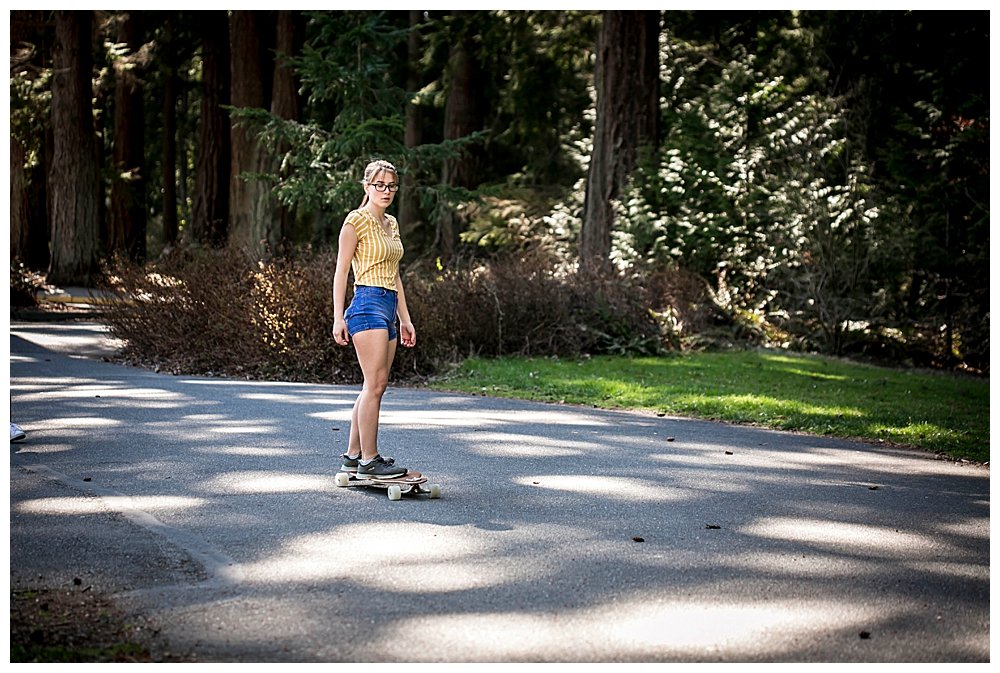 Over the past year, Kalina has gotten very into longboarding. She recently bought her first longboard (she had been using a friend’s) and is embracing her inner Skater Girl. Kalina has always been athletically inclined. The first time she ever went ice skating, someone approached her about joining his hockey team. 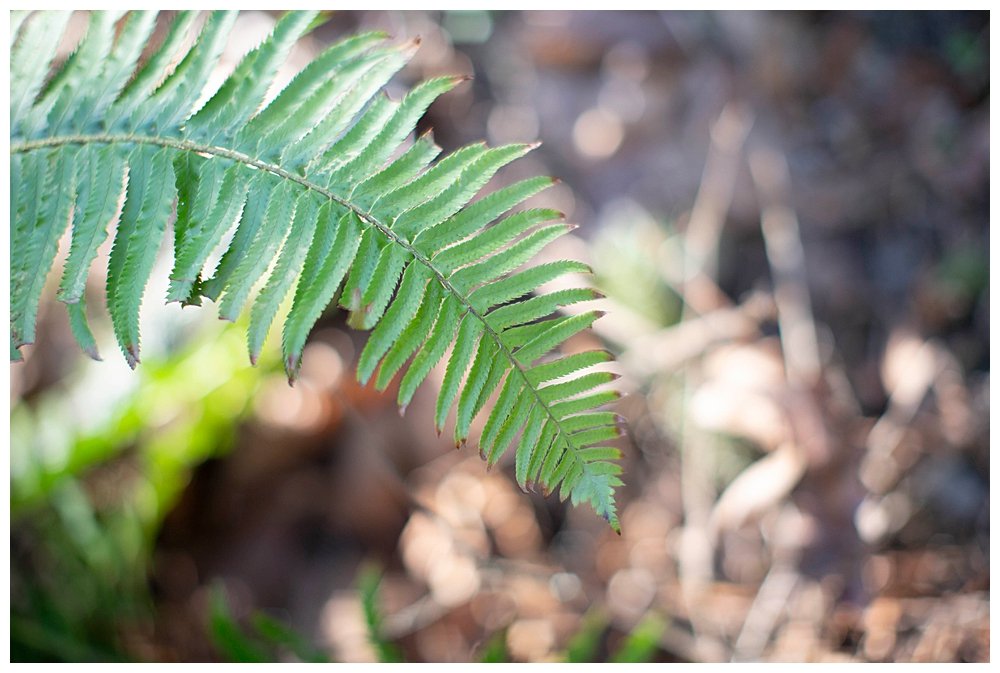 One of the many things I love about the Pacific Northwest is the beautiful ferns. My love for ferns is right up there with my love for banana slugs.  And other slugs. 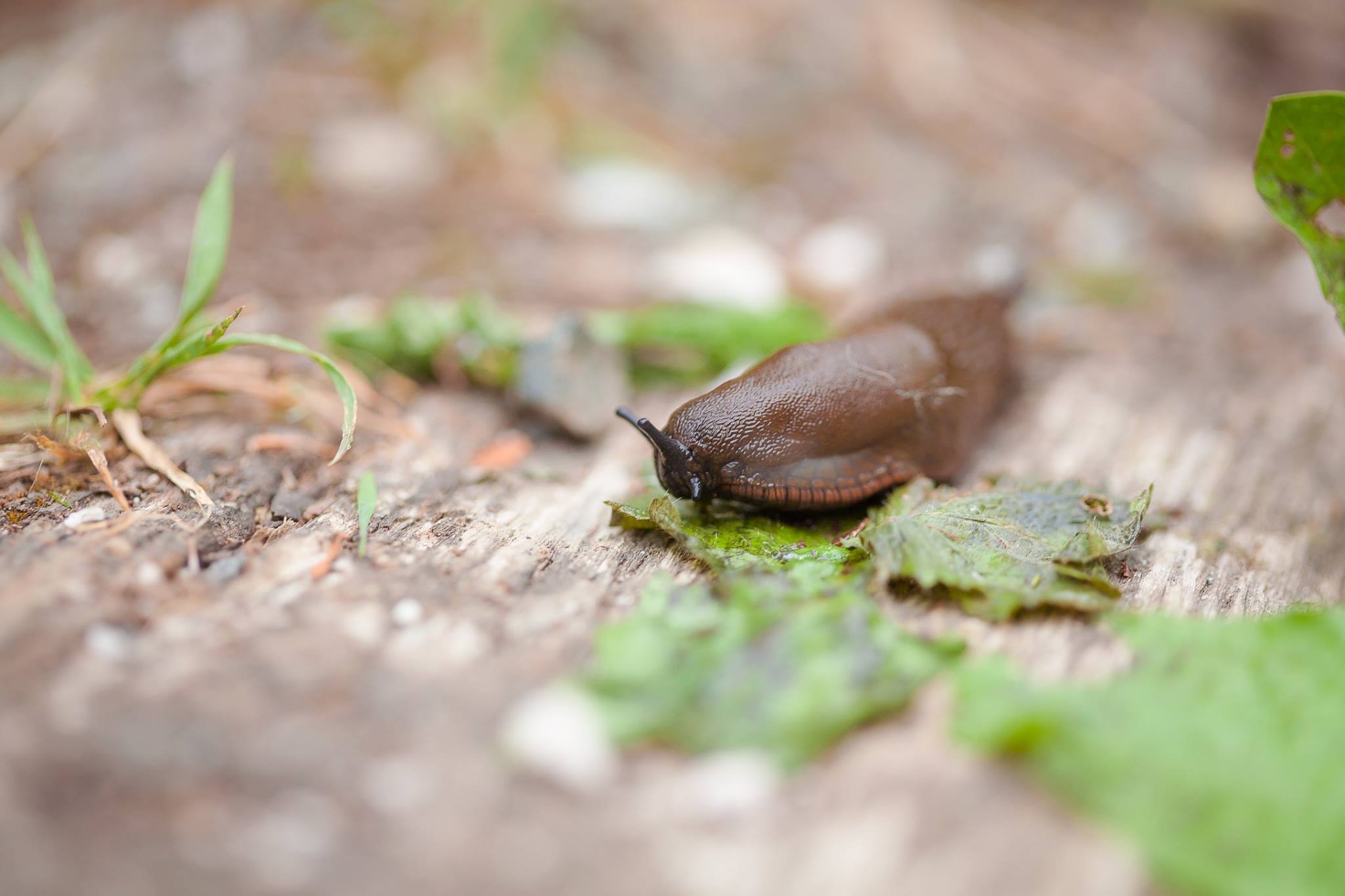 I mean seriously, look at this beauty! 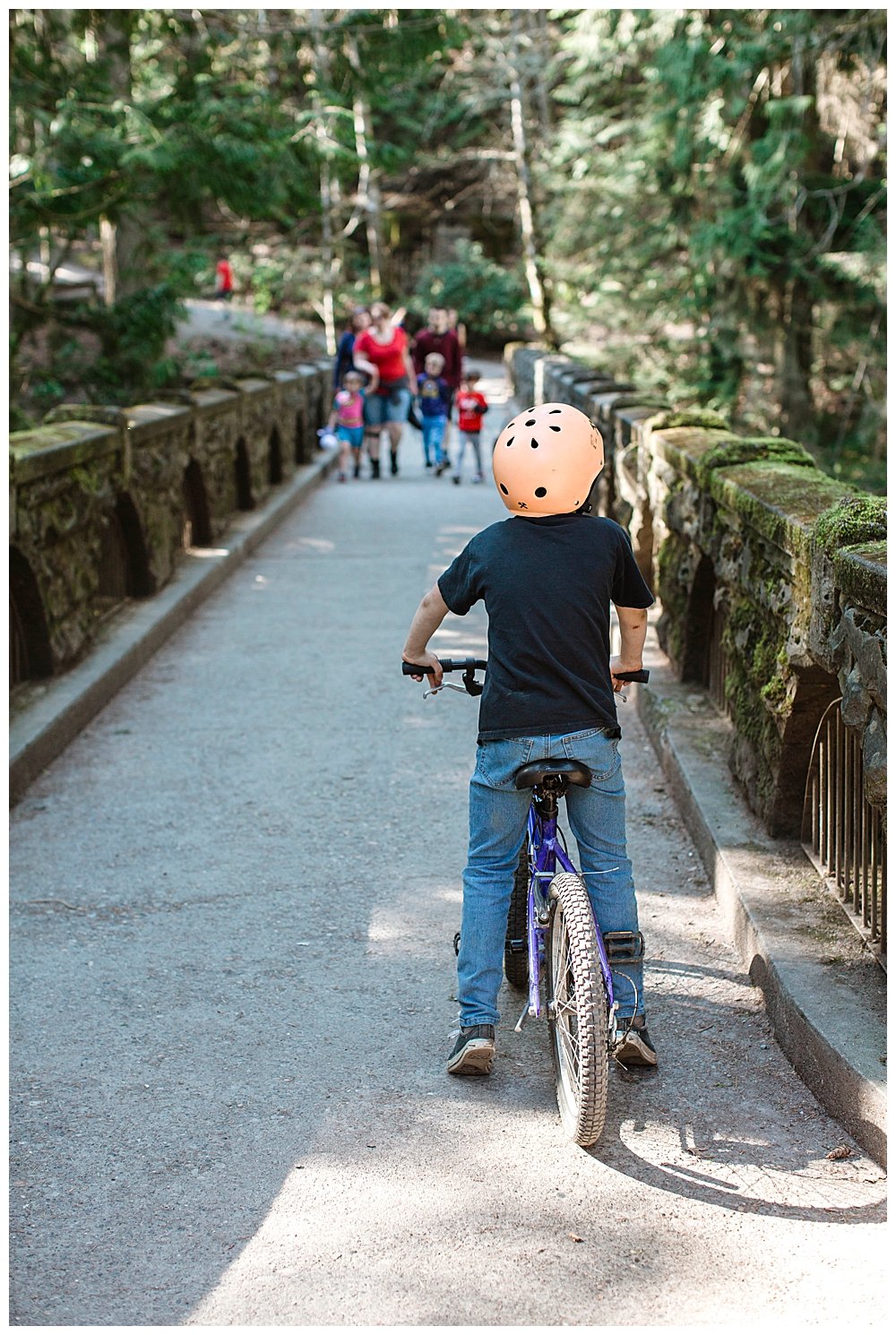 Apollo loves exploring the trails on his bike. 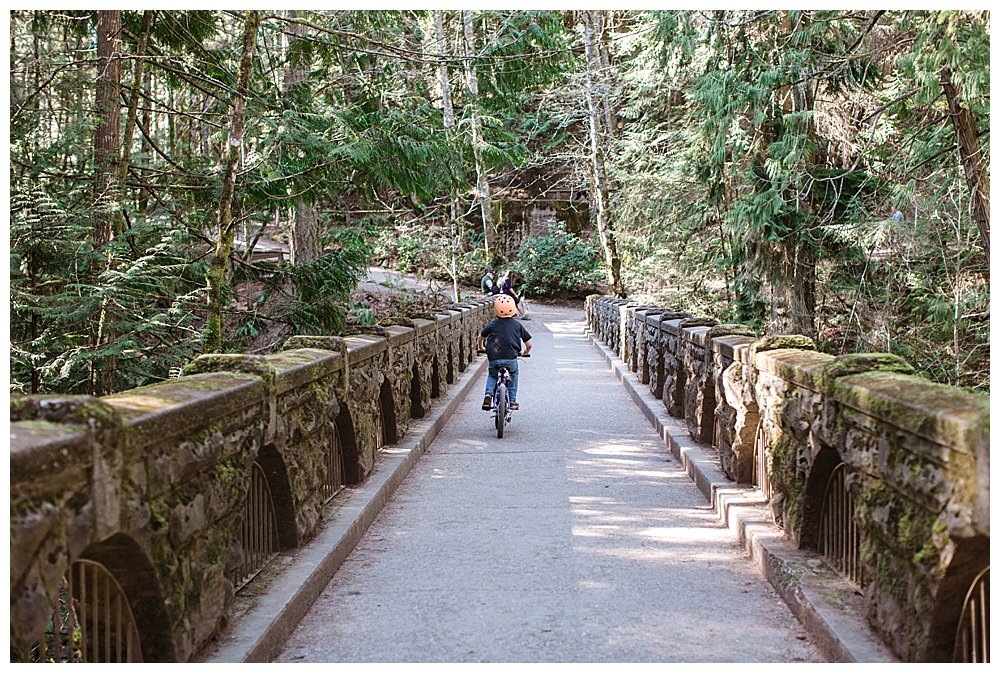 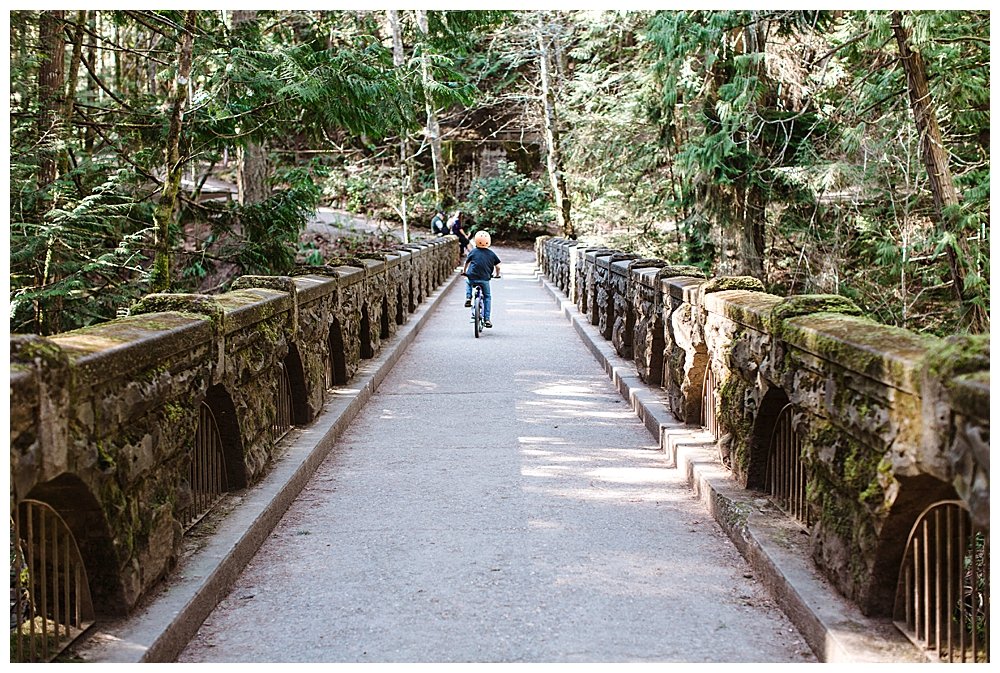 Moss…have I mentioned I really love moss too? When we first moved to Bellingham, Chuck really wanted me to plant a garden. We lived in a small rental, so a vegetable garden wasn’t an option. After doing some research (this was 1999, so I did my research from books…at the library) I told him I was willing to plant a moss garden. Flowers really are not my thing. 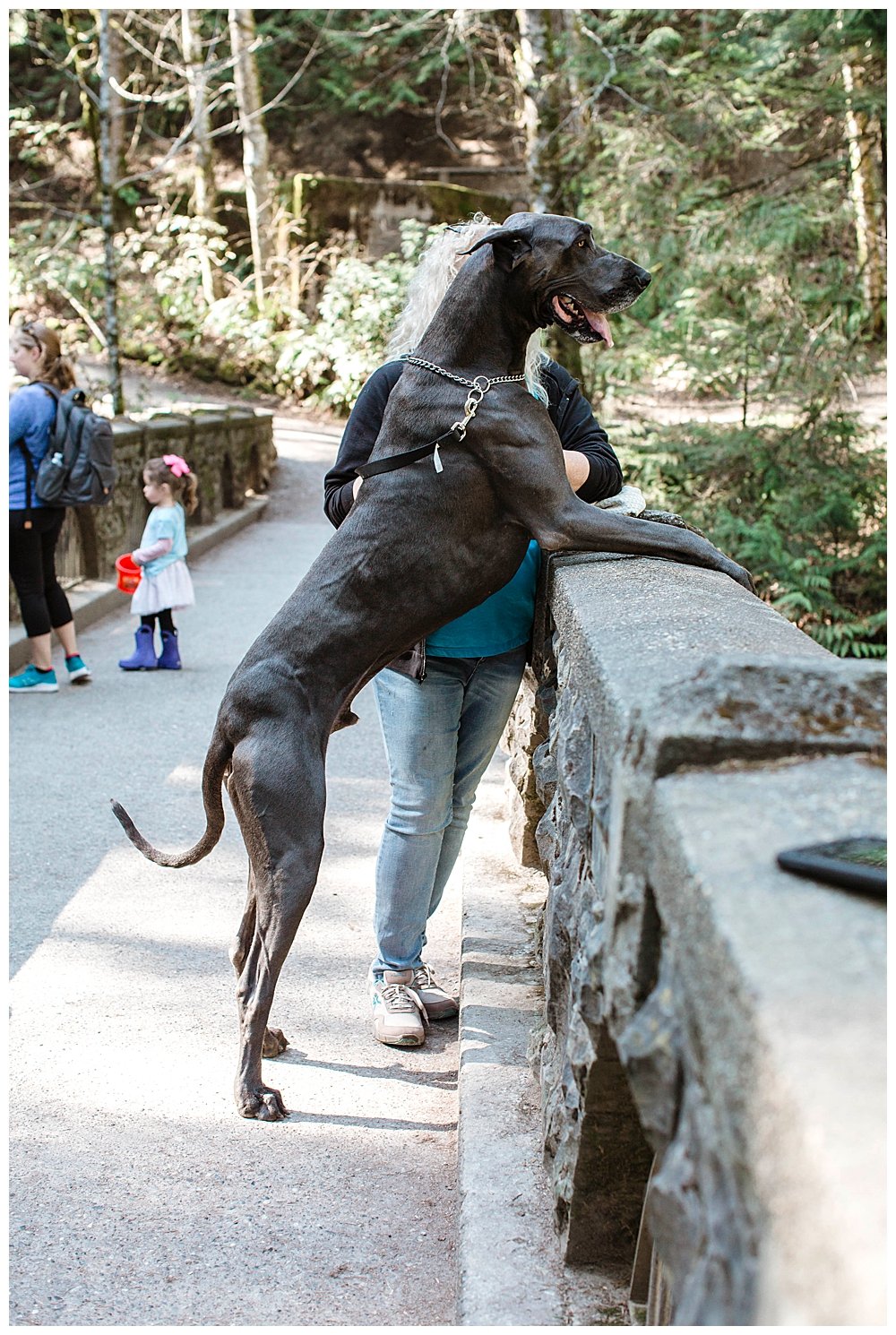 Jubilee and Avi were mortified when I started taking pictures of this GIANT GREAT DANE. I tried to appease them by asking the dog owner if I could take pictures (she said yes, and asked me to snap a few on her phone)…somehow this embarrassed them more. Oh well, I’m glad I captured this. 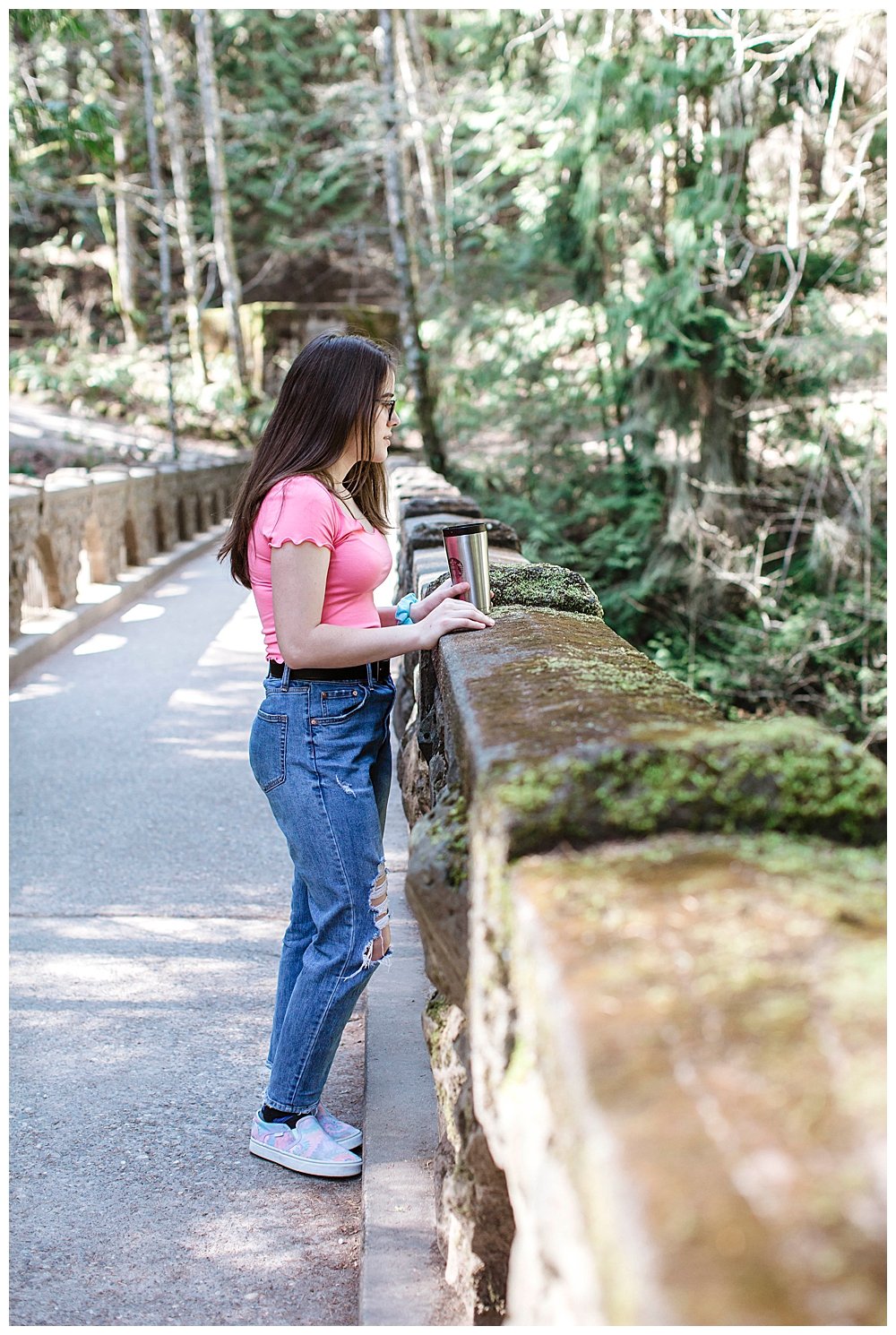 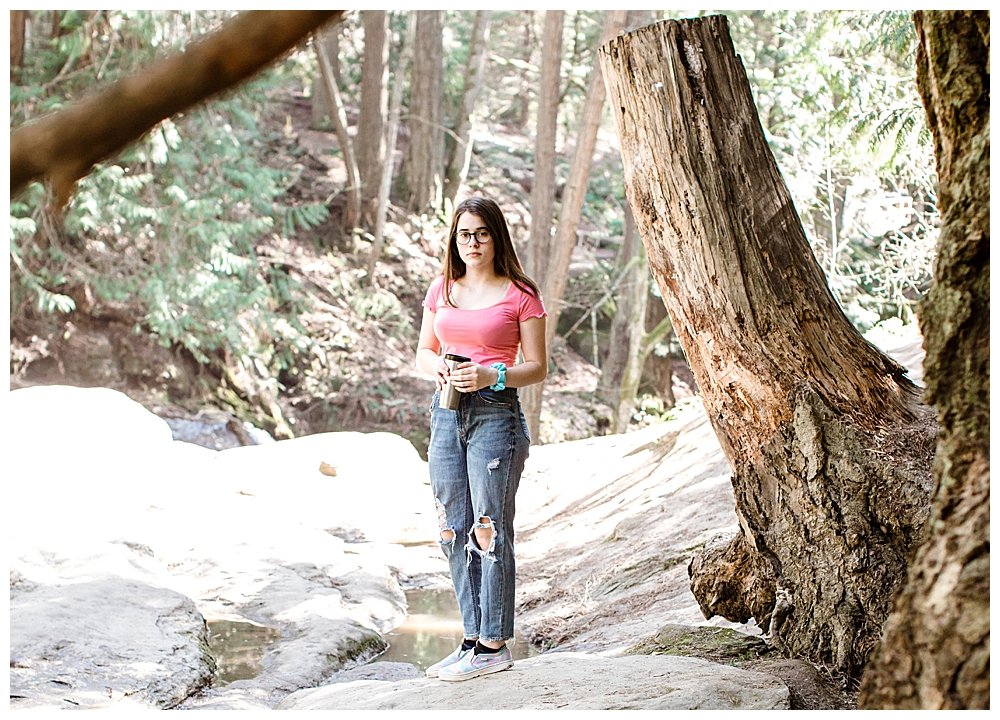 Jubilee and I took a leisurely stroll around the park…

…and then this happened. 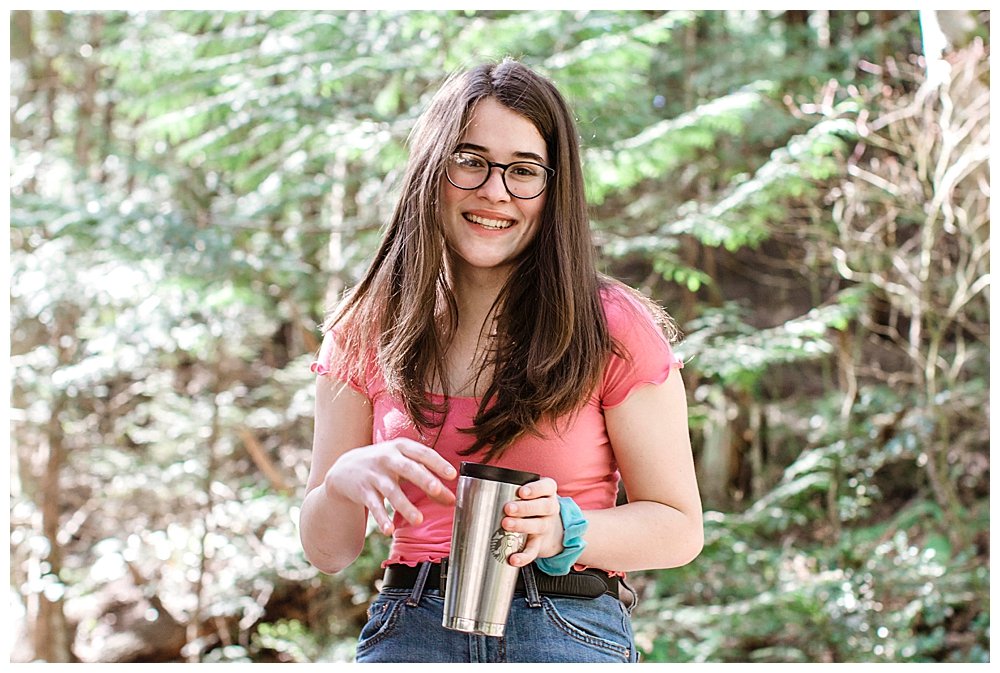 Look at Jubilee’s dimple! She only has one and I love it. 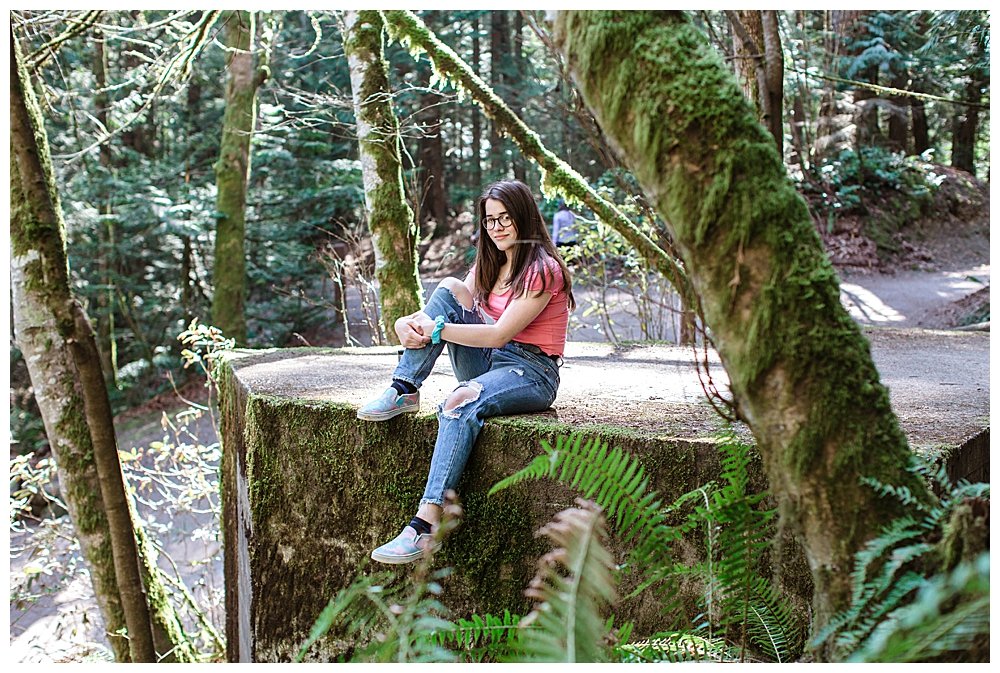 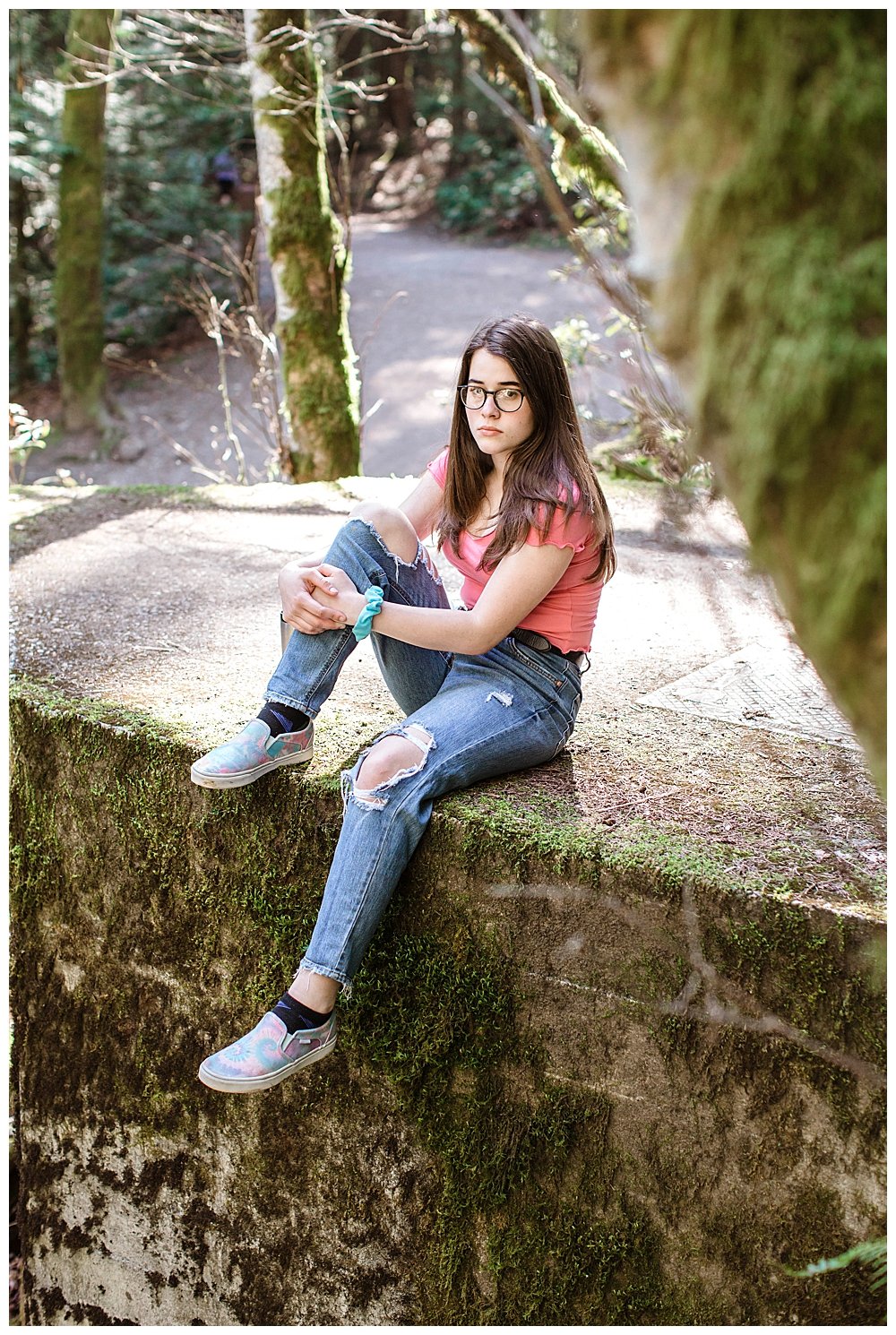 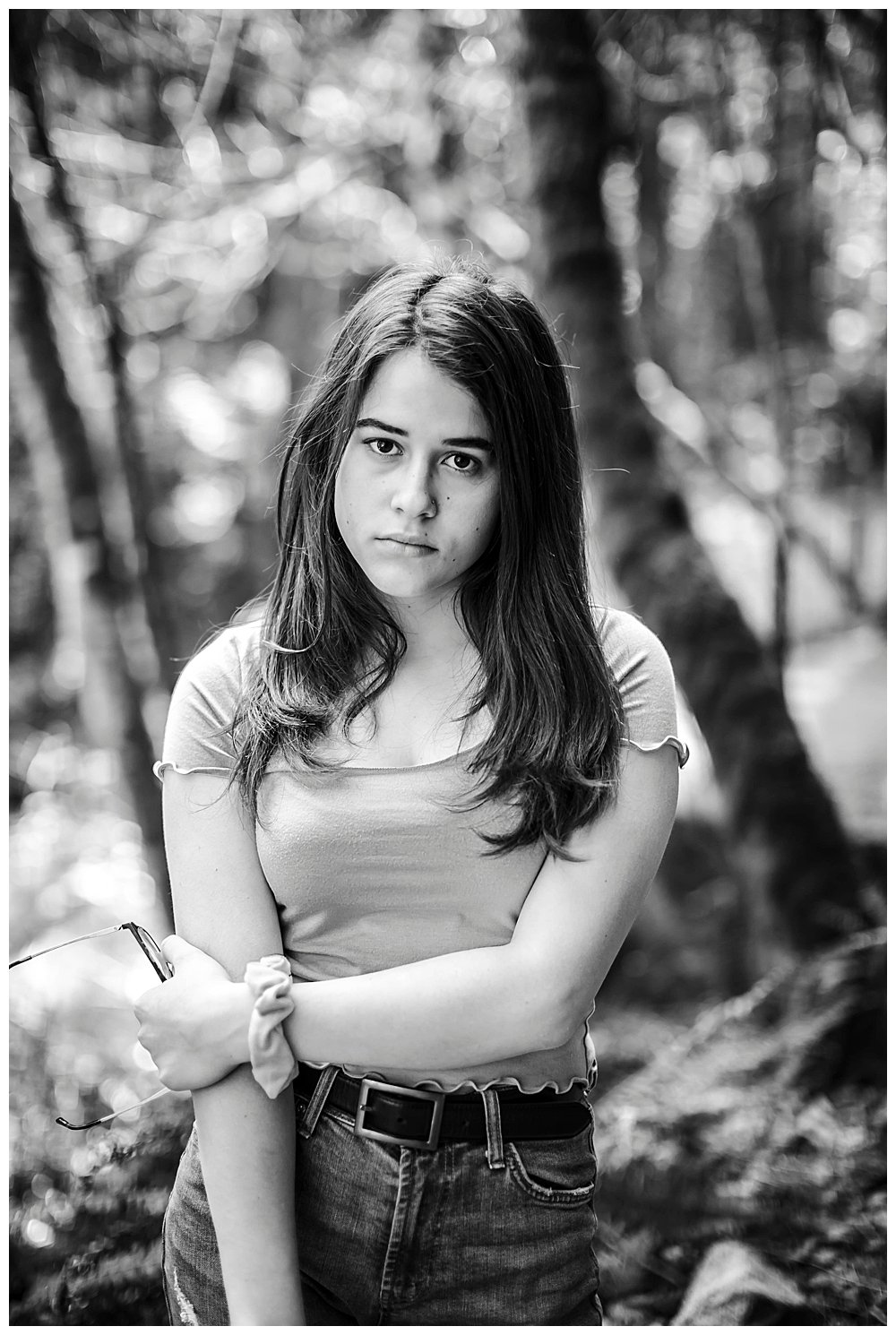 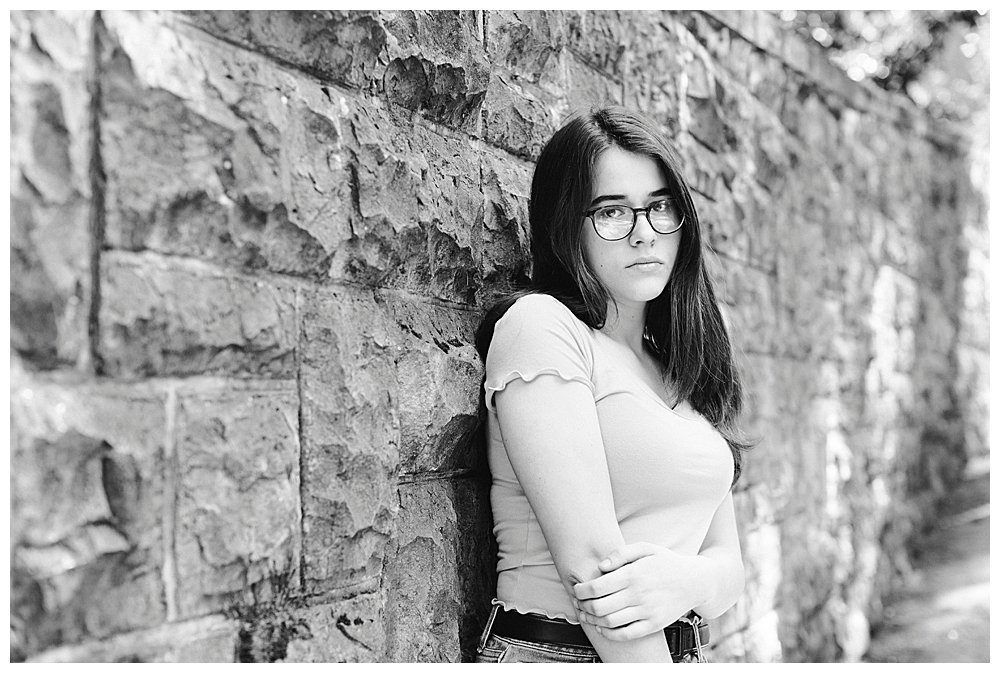 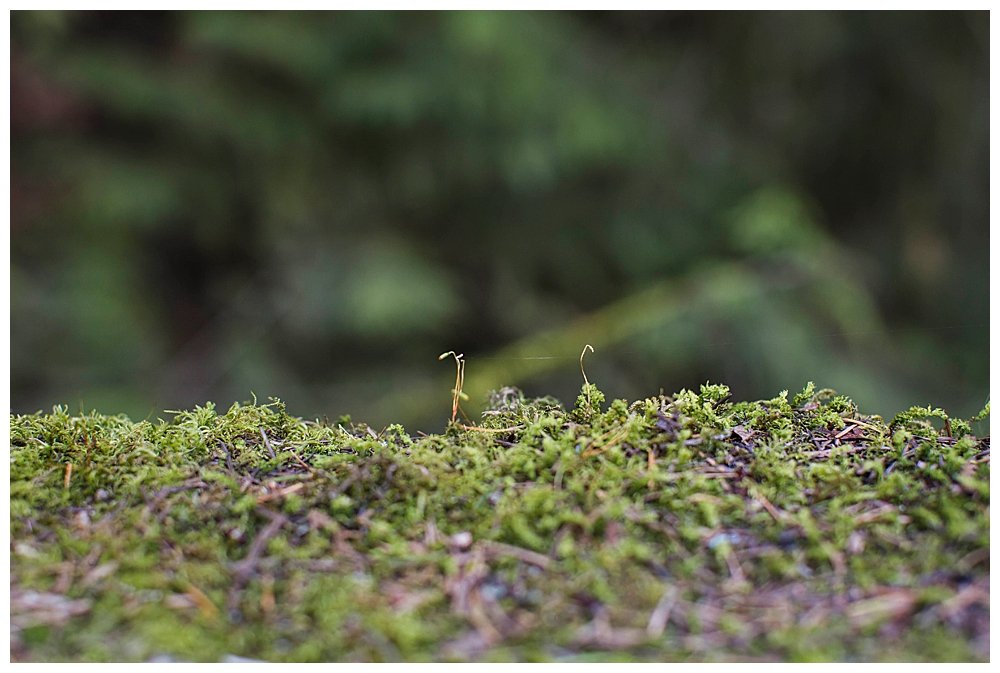 I hope your spring break is relaxing, fun, and full of slugs, moss, and ferns!