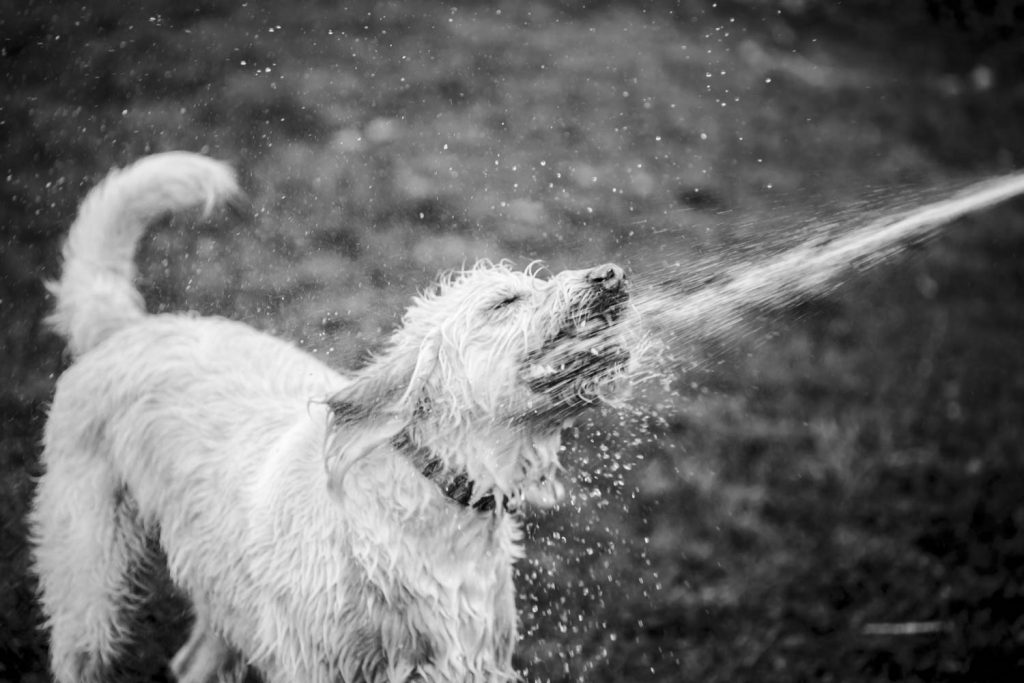 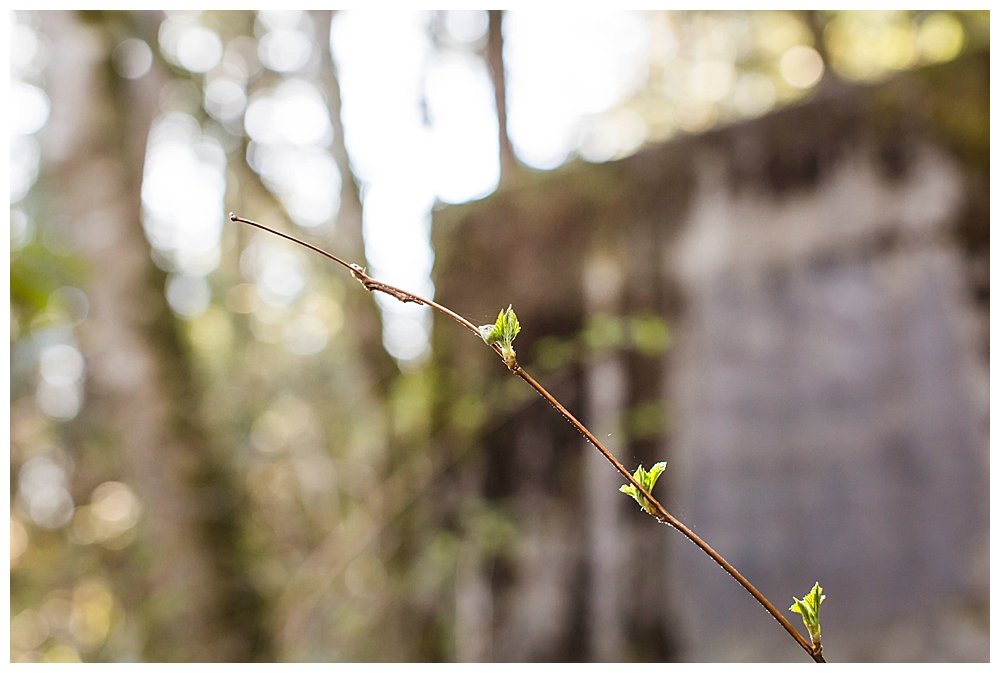 Today is the first official day of Spring Break. That means no setting an alarm for six am to make sure my little lambs are up and getting ready for school. It means no worries that the school will call telling me a child is suspended or that a child has puked, canyoupleasecomepickhimup? 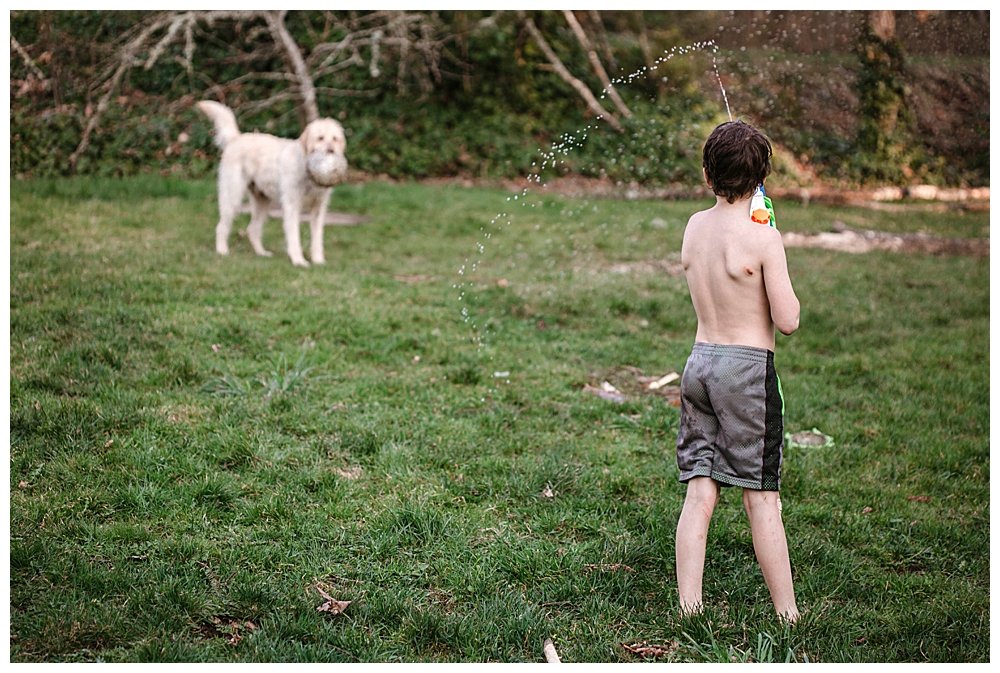 The weather has taken a major turn toward SPRING! It’s been sunny and in the sixties. Here that means that our hearty Pacific Northwest kiddos think it is time for t-shirts and shorts and getting their base tans. 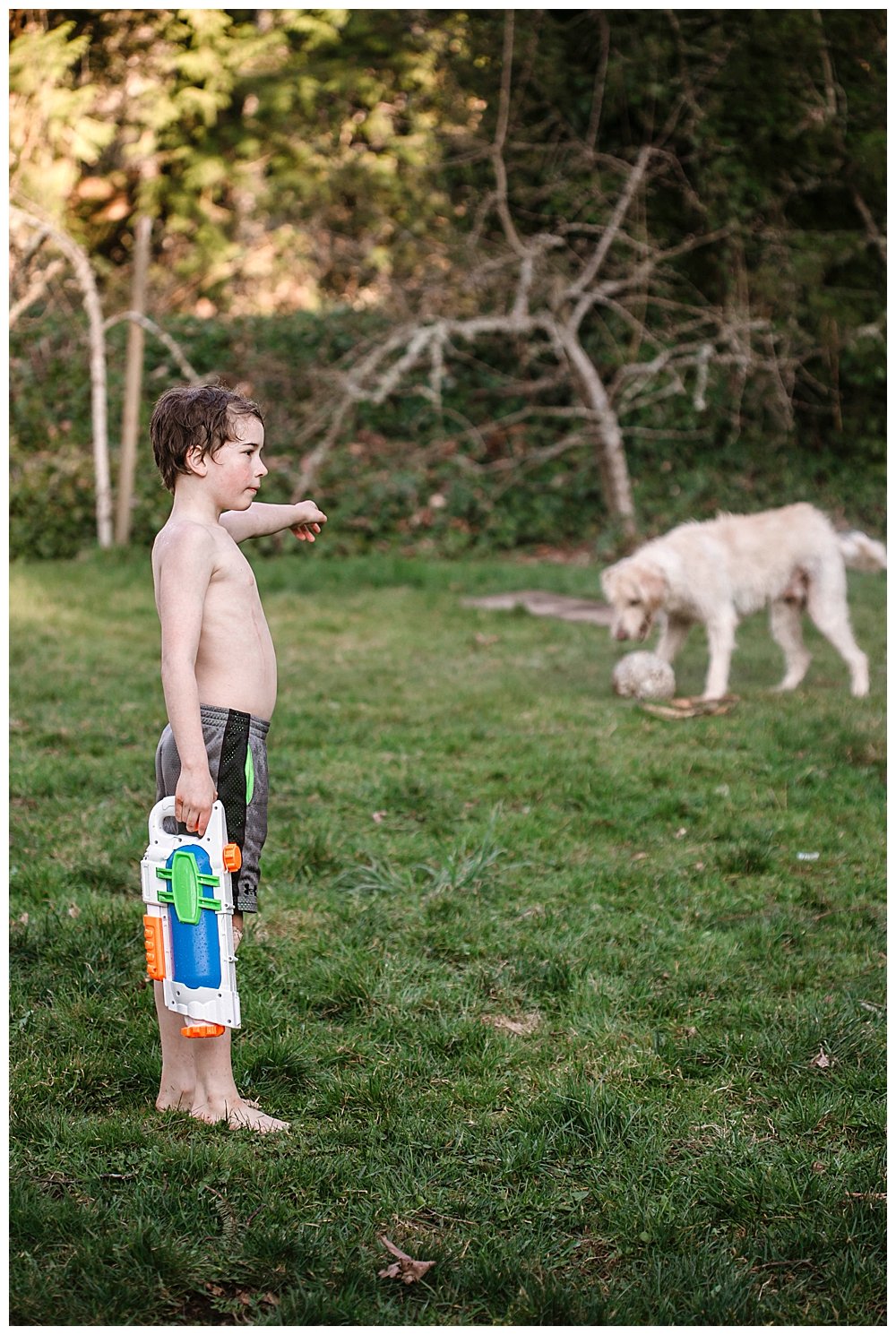 Frodo is a labradoodle which means the only thing he loves more than me (and stealing food off the table and chasing the cats) is WATER. I know these photos look so innocent and carefree so I hesitate to share the backstory… 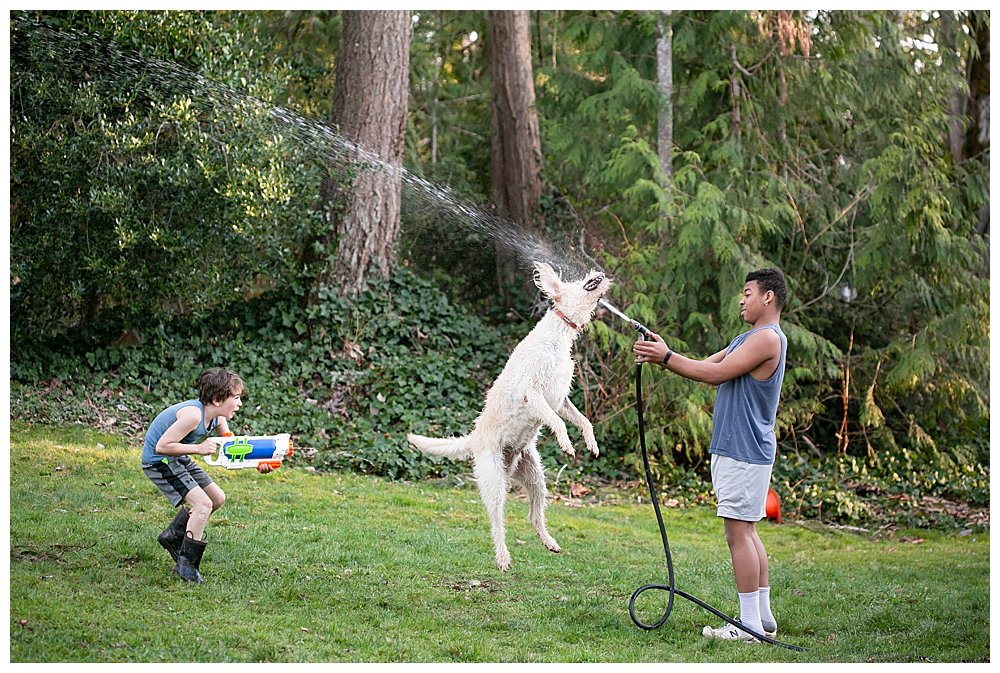 …but here it goes.

Frodo has been walking around with an unfortunate piece of feces plastered to his back end. It certainly makes him less attractive. 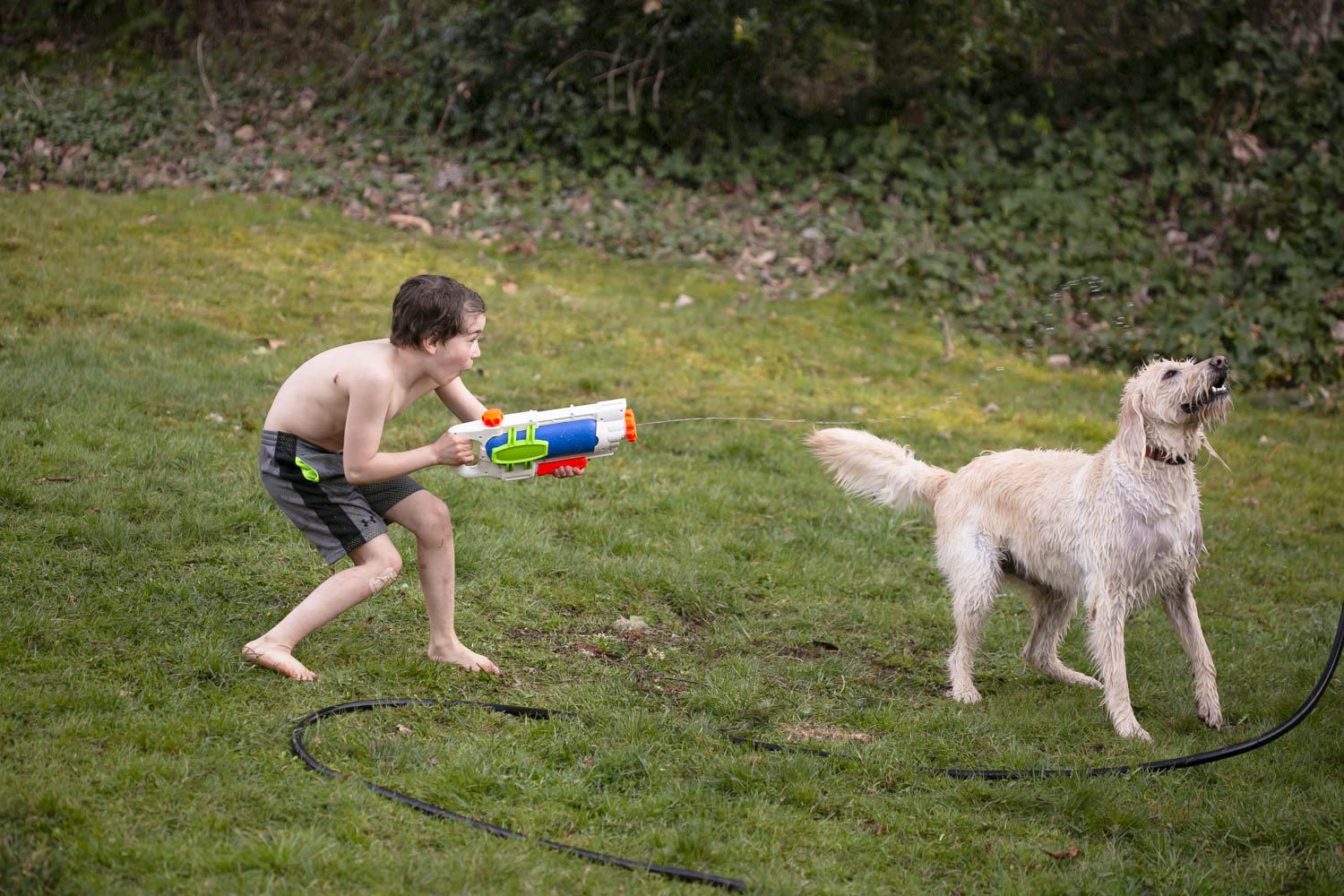 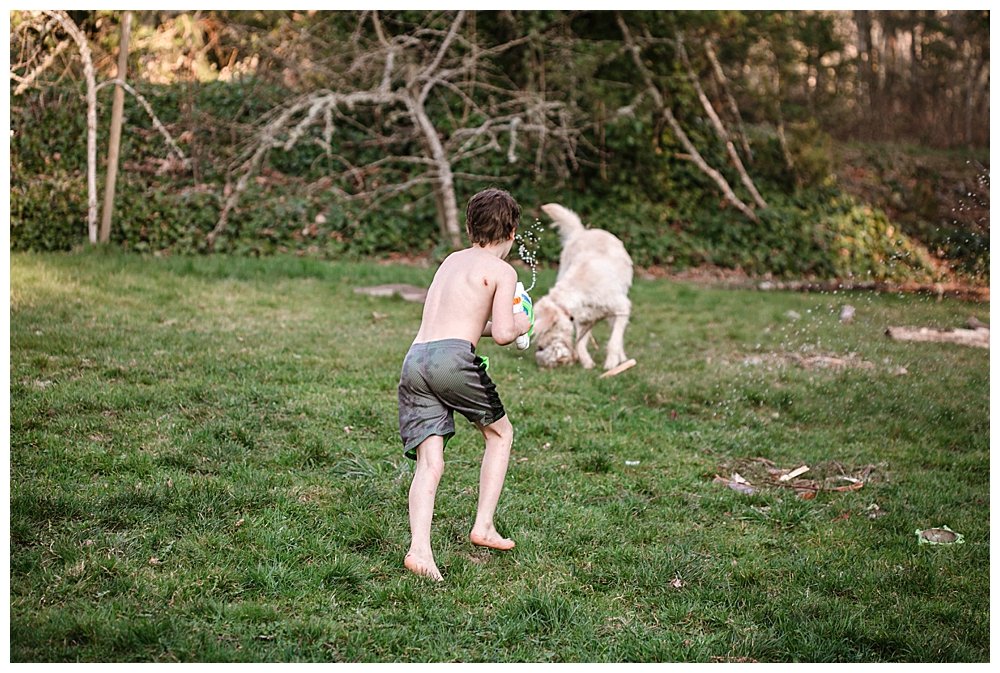 Wishing it away didn’t work. 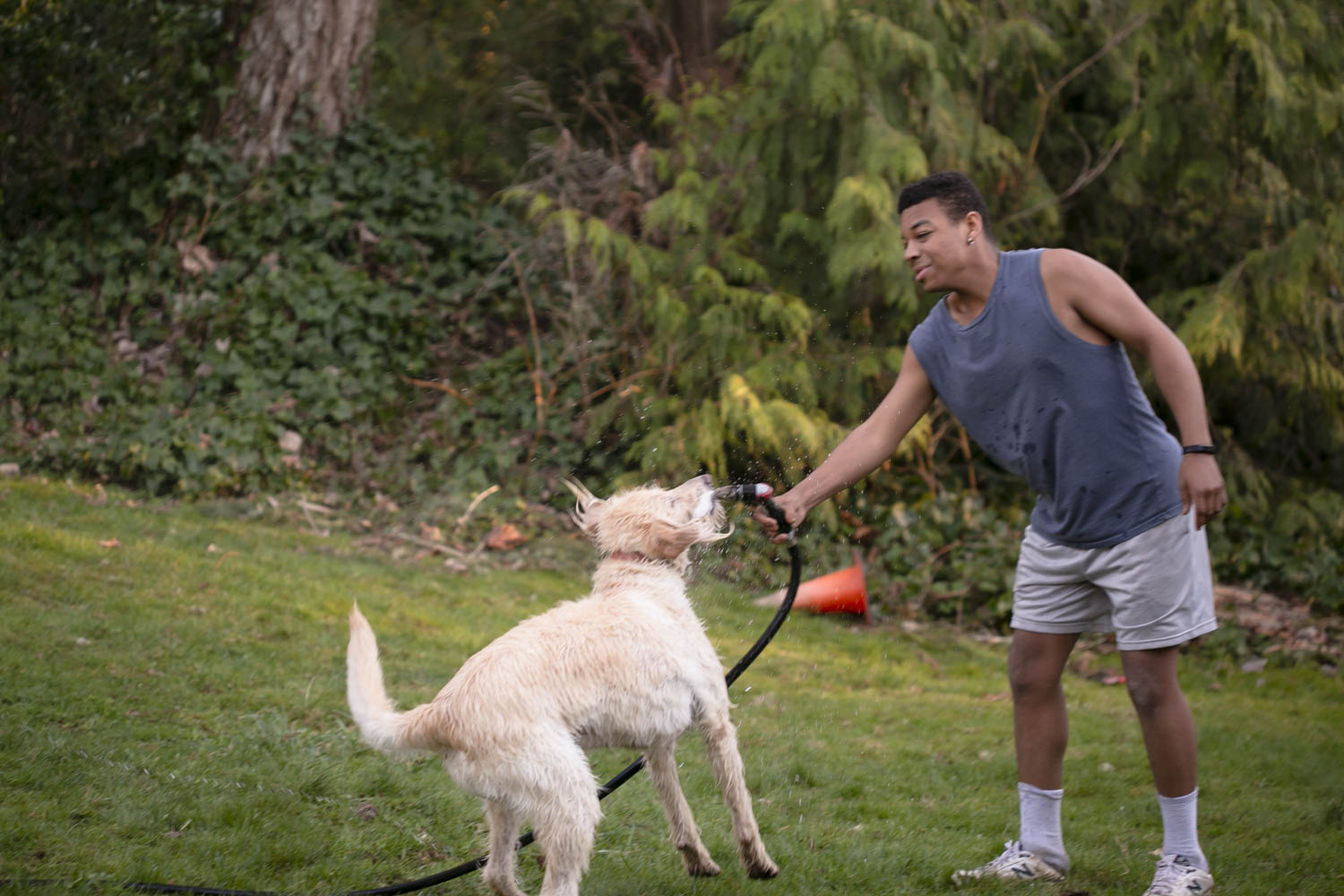 You know what did work? Hacking away at it with an old pair of scissors. Who knew the mom life was so glamorous? 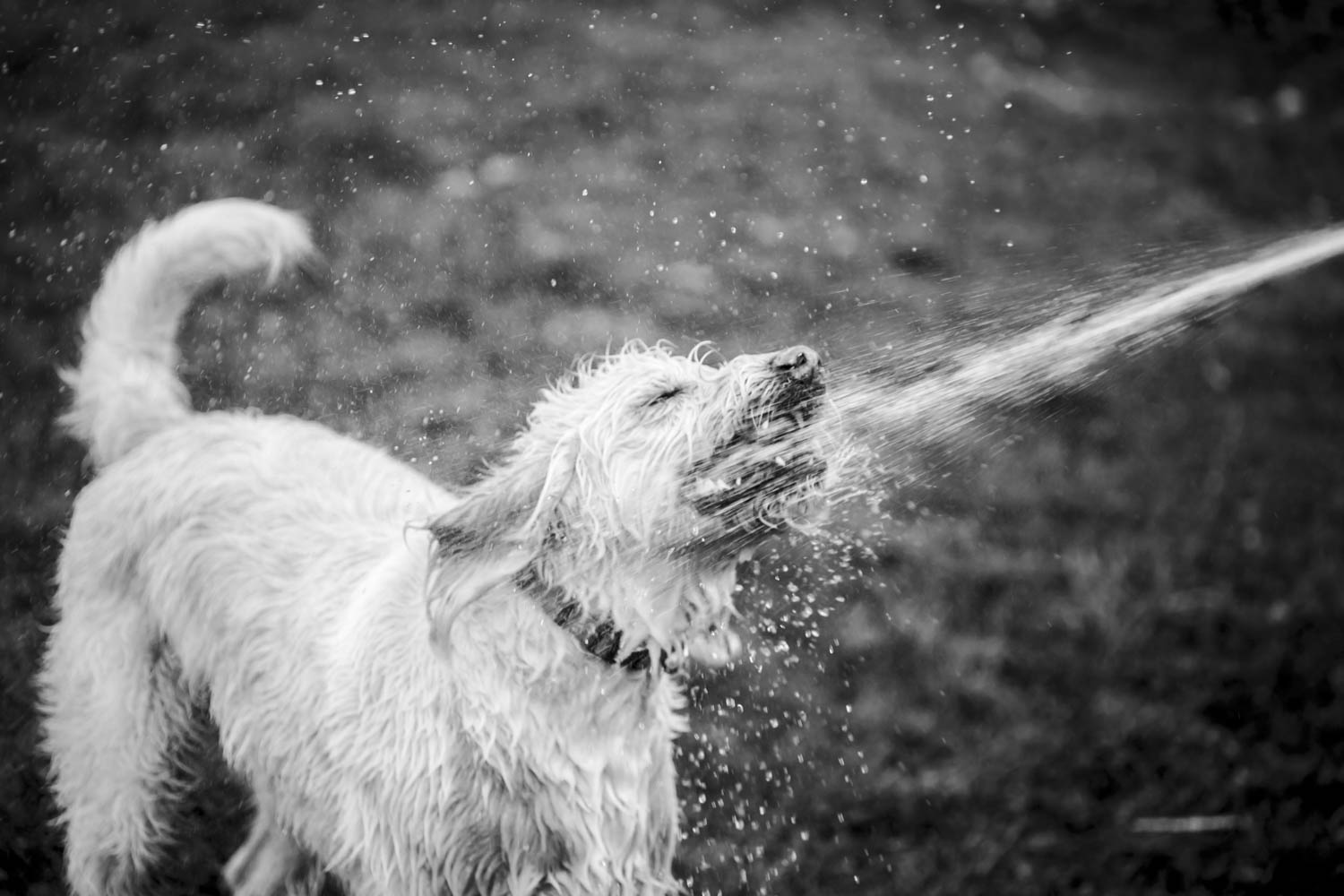 After that, we felt his bum needed a little rinse and he refused to sit on the bidet, so we decided to hose him down. Turns out he doesn’t love his butt being sprayed with a hose. Or maybe it’s just that he was too busy slurping it up with his mouth and choking himself. 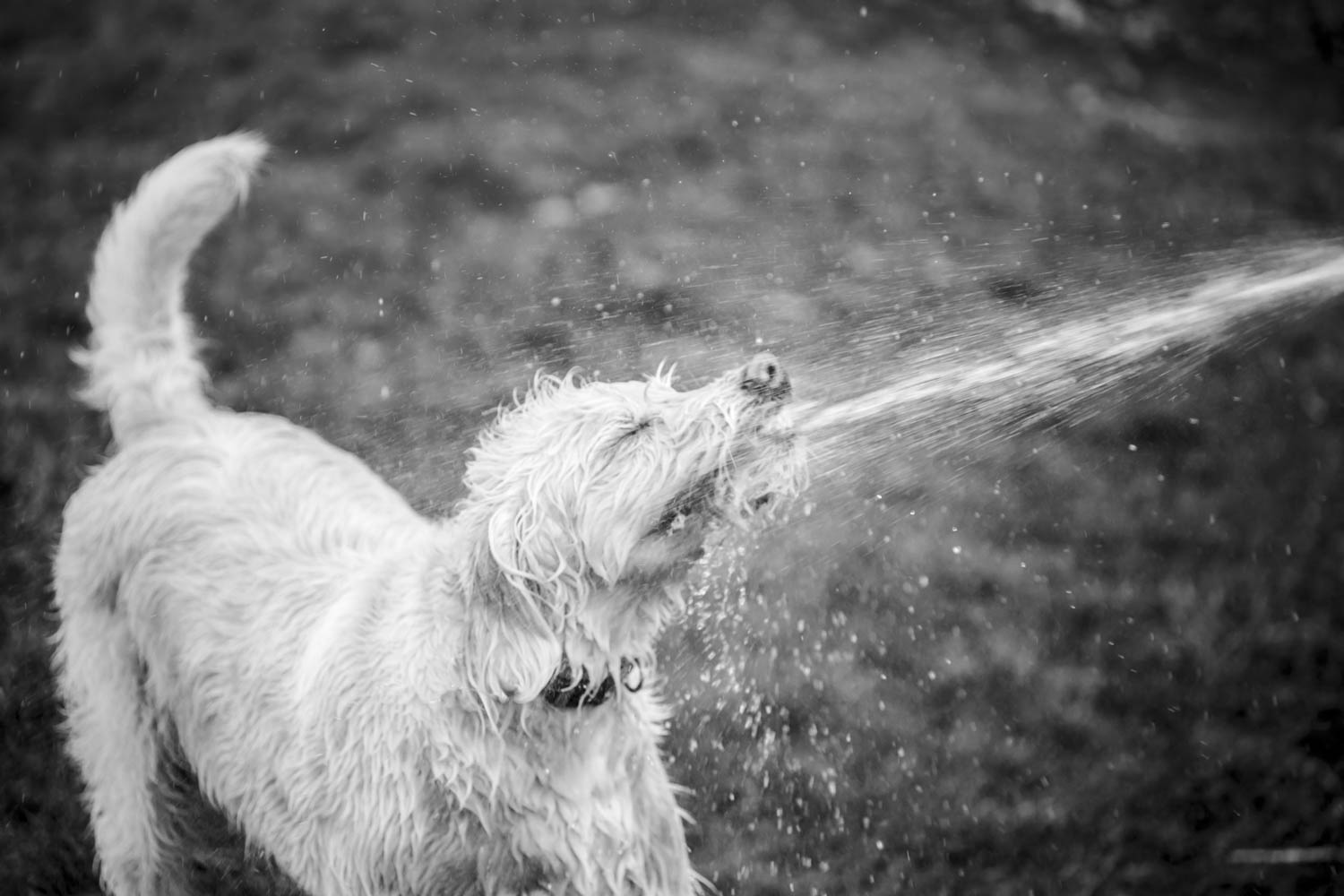 That’s when Apollo stepped in and offered to spray his rear end with his water gun.

To be honest, I’m not sure how effective this was but Frodo and the boys sure thought it was fun.

And Frodo? He’s clean as a whistle.

A Labradoodle and Water. And Frodo Can’t be Trusted

That Time I Bought a Puppy for Our Dog
Tagged Frodo