Yes, You Have a Right to Your Medical Records 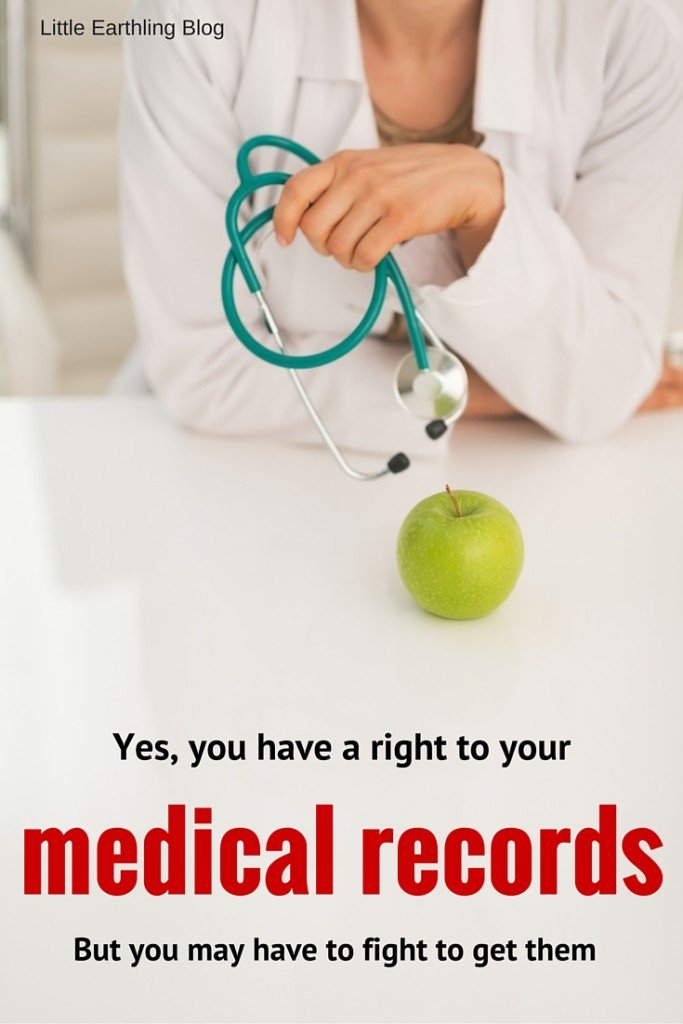 In the fall of 2014 my 12-year-old son started seeing a counselor at a local agency (I am not going to mention the name, because it is only relevant if you are local to me.) During the period of time from September 2014 to January 2015 he saw his counselor every two weeks and saw a psychiatrist four times. The psychiatrist, unfortunately, was really only brought on board so she could prescribe medicine. My son was seen at this particular agency only because it is only one of two approved agencies his insurance (issued through the state as part of his adoption support) would cover. I mention that because I feel like it has bearing on the story.

We parted ways in early 2015 and in March I followed my standard procedure; I requested my son’s records. This required a trip the office to sign the request in person. I knew he would be seeing someone new in April, and since this was the only psychiatrist he had seen, I wanted the new provider to be as informed as possible.

I had no idea that I was opening a can of worms.

Weeks passed and no records arrived. I called in May was told “they are sitting right here on my desk. I’ll send them tomorrow”. A week later they arrived.

The ONLY records included were his intake records from Sept. 2014. Along with it a letter that stated, “The other records have not been completed due to unforeseeable circumstances. Please contact me at any point to check on the status of the other records”. When I called I was told the psychiatrist had left (I knew this) and had not yet completed the records. When I asked why the counselor’s notes (he had seen her bi-weekly for months) were not included I was told, “It’s against our office policy to share those”.

Huh? Didn’t I have a right to my son’s records?

I tried to search and read state laws, but that was too confusing. Next I contacted the state ombudsman. When I told him what I was told he let out a huge, full belly laugh. “They told you it was against their office policy? It’s state law! They don’t get to make that decision. I will contact them myself”.

Several weeks later the records from the counselor arrived along with a letter that read, in part:

“…you previously received the records that are included in standard request for records. However at this point I am sending additional records since I now understand from [name of ombudsman] that you requested the entire file/records…Subsequently I have enclosed all complete notes and service tickets. I apologize for my misunderstanding, on my part.” I spoke to her on the phone, more than once, and told her exactly what I was requesting. There was no “misunderstanding”. The letter continued:

“I remain unable to provide the entire record since office visit/service tickets and the evaluation with the psychiatrist are incomplete due to unforeseeable circumstances”.

So I called the ombudsman again, who told me he didn’t have the ability to get the records from the psychiatrist.

Next I contacted a friend who is a psychologist and asked her. She assured me that I had a right to those records. I called several more times and was told the same thing “they aren’t finished yet“. Meanwhile, the psychiatrist hadn’t seen my son for six, seven, eight months…

Oh, and by the way, I was told,  your son is now thirteen so he needs to sign to give you permission to access his records.

My psychologist friend told me to file a complaint against with the State Board of Health. And so I did. A couple of months later the records finally arrived.

filing a complaint with the Board of Health

to get my son’s records.

I am writing all this to let you know you do have a right to your child’s records, yes, even mental health records.

This process was utterly ridiculous.

What happens to them?

This isn’t the first time I have written about medical records. Be sure and read my post Medical Record Errors if you haven’t already