I Am Angry at My Son’s Doctors

I am angry at my son’s doctors, and I won’t apologize for that.

I have posted this image of Apollo’s compressed esophagus many times. The black you see is his esophagus,  the “tube” every bite of food goes through to enter your stomach. The curve and narrowing you see is the compression caused by the diverticulum after the first cardiothoracic surgeon “fixed” his vascular ring.

While yes, Yes, I’m angry at the doctor who misdiagnosed his heart defect as a milk allergy.

And yes, I’m angry that the original surgeon not only didn’t fix his vascular ring and arguably made things worse, that is not where my current anger is focused. At the moment I am angry at the doctors, the cardiologists, who suggested we do nothing to fix the problem. The cardiologist who thought it was completely reasonable to “wait and see” what happened.

Just look at that image. Can you imagine that being your not-quite-two-year-old son’s esophagus and having a doctor look you in the eye and recommend you do nothing? 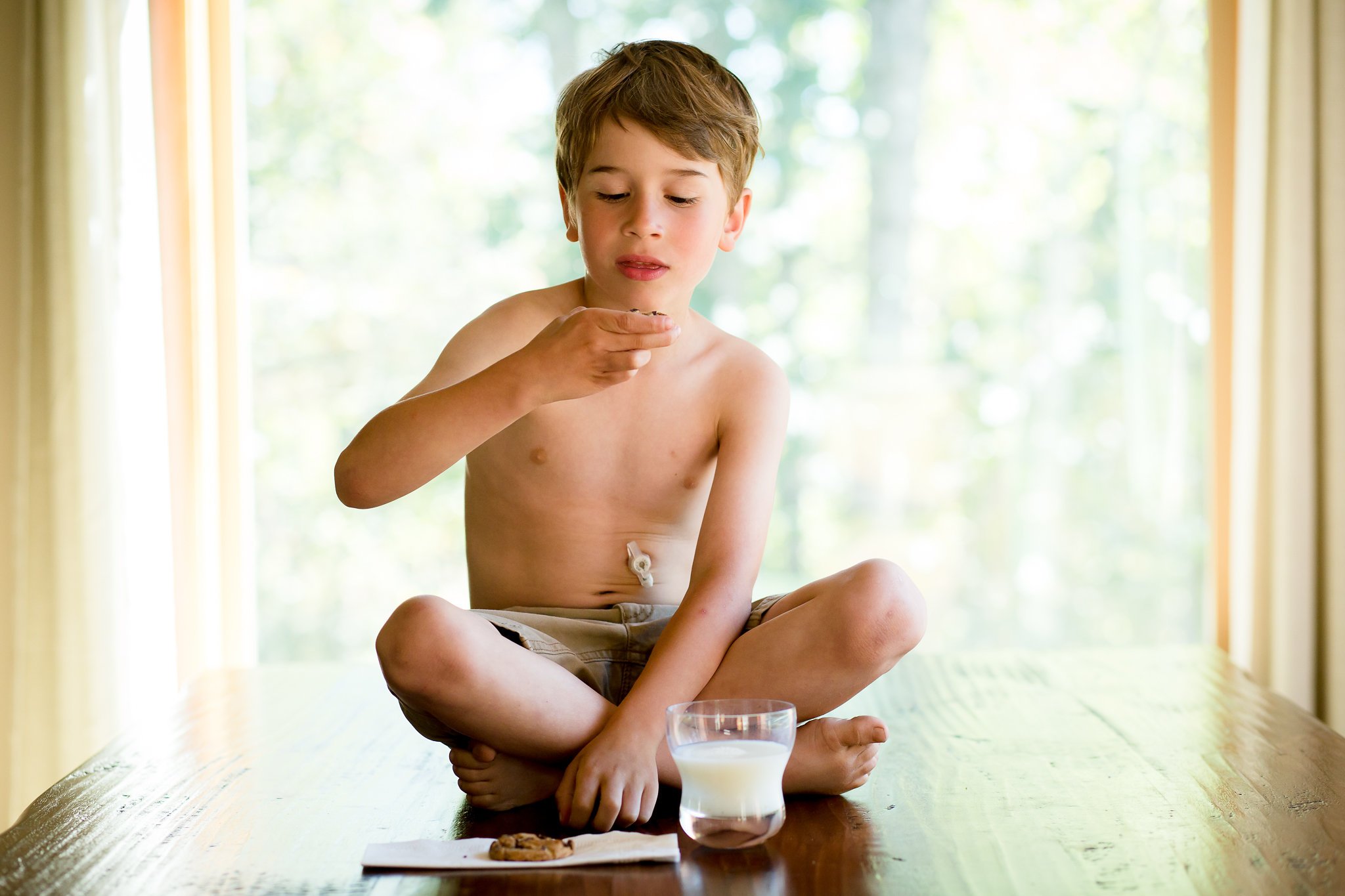 What would nothing mean for Apollo?

Living his entire life with a feeding tube and being a choking risk every single time he ate.

Constantly feeling a pulsating artery pressed up against his esophagus putting pressure on it.

Never eating a slice of pizza

While chatting with Apollo’s GI doctor last week, he said to me,

“I remember that day. I remember the long conversation we had…Such an unusual situation. I am so glad this has worked out okay for Apollo.”

The day we met Dr. F will always be burned in my memory.

Two years of worry and sickness and stress and hunger. Chuck and I sat in Apollo’s hospital room eagerly awaiting our first meeting with a GI doctor. We had been through the wringer that week, a short seven weeks after the heart surgery that was supposed to fix Apollo.

Dr. F walked into the room and I immediately began thanking him. I knew he held the answer to health for our little boy…Then he looked me right in the eyes and said,

And our world caved in.

A feeding evaluation from this time reads:

“Throughout the session, Apollo’s breathing was audible, significantly more so during the meal. The effort to breathe became significantly more demanding during the meal, especially when required to bite and chew the food. Accessory muscles of the upper chest, neck, along with the jaw and head thrust were used to breathe while eating/chewing. He had difficulty coordinating the chewing and maintaining an airway….While running with sister in the hallway, for a short time, his breathing was taxed and very audible. He came back to mom and his coloring was paled, within 30 seconds his cheeks were flushed.”

Now that Apollo is getting his g-tube removed I am angry that we were given the “option” of doing nothing. Of leaving the compression and tube feeding Apollo throughout his childhood, into his  teen years and beyond. I have a hard time believing that the doctor who suggested that would make that same decision for his own child.

I am angry at my son’s doctors and I won’t apologize for that.

This Week {Movies, Books and Buffalo}