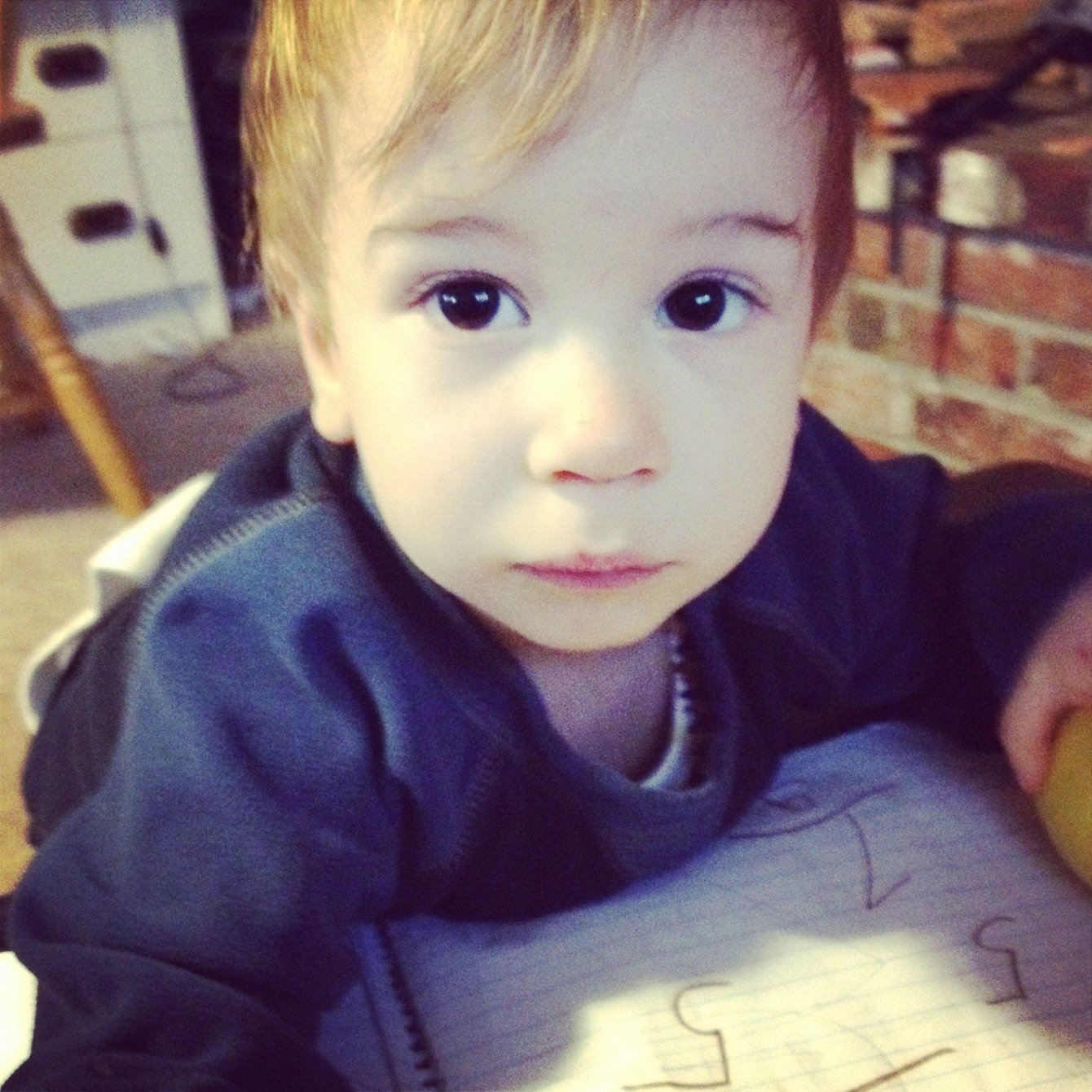 I haven't had a chance to pull our my camera the last few days, so iPhone photos it is 🙂

Apollo is now 17 months, and amazingly is weighing in at exactly 20 pounds! I didn't think we'd see that weight for a few more months. It is hard work every day getting enough calories in him, but it is very encouraging to see it paying off.

Apollo is now in the 6th percentile for weight! He hasn't been above the 3rd percentile since he was 4 months old and quit growing! Keep in mind too, this was a baby who weighed 8.12 at birth and was 21 inches long. He wasn't a little guy.

Apollo has more words in his vocabulary than I can list and repeats new words all the time. He is actually a little less active than he was. One reason we were pushing for an earlier visit to the pulmonologist is he now breathes hard if he runs around or cries and refuses to go up and down the stairs without being held because it is too hard.  Going up and down the stairs is something he's been doing for months.

He had two nights this week when he slept for nearly five hours straight, which means I got a chunk of 4 hours. It was heaven. Then last night the longest stretch he slept was for 2 hours.

Apollo goes to see the ENT who will do his bronchoscopy December 15. He won't be getting the h that day, but will likely had endoscopy done (a small flexible tube send down his nose and upper airways). This procedure is quick and non-invasive. He had it done back in May and it took less than 5 minutes. Wow, going back and reading that entry from May, things seemed so simple…reflux and milk allergy. And he does have reflux and he doesn't tolerate milk…too bad neither of those things are the cause of his slow growth or breathing issues.

Since we are only 2 1/2 weeks from his next appointment we are keeping Apollo at home these days. We have a follow up visit with the pulmonologist scheduled in February…this is the appointment to see the pulmonlogist after his bronchoscopy. It is encouraging to know they anticipate the bronchoscopy and possibly surgery done by then.

Yes, You Have a Right to Your Medical Records

The Best Gift Guide for Kids with Sensory Issues